comments Share
You are reading
Mages of Mystralia – PC Review 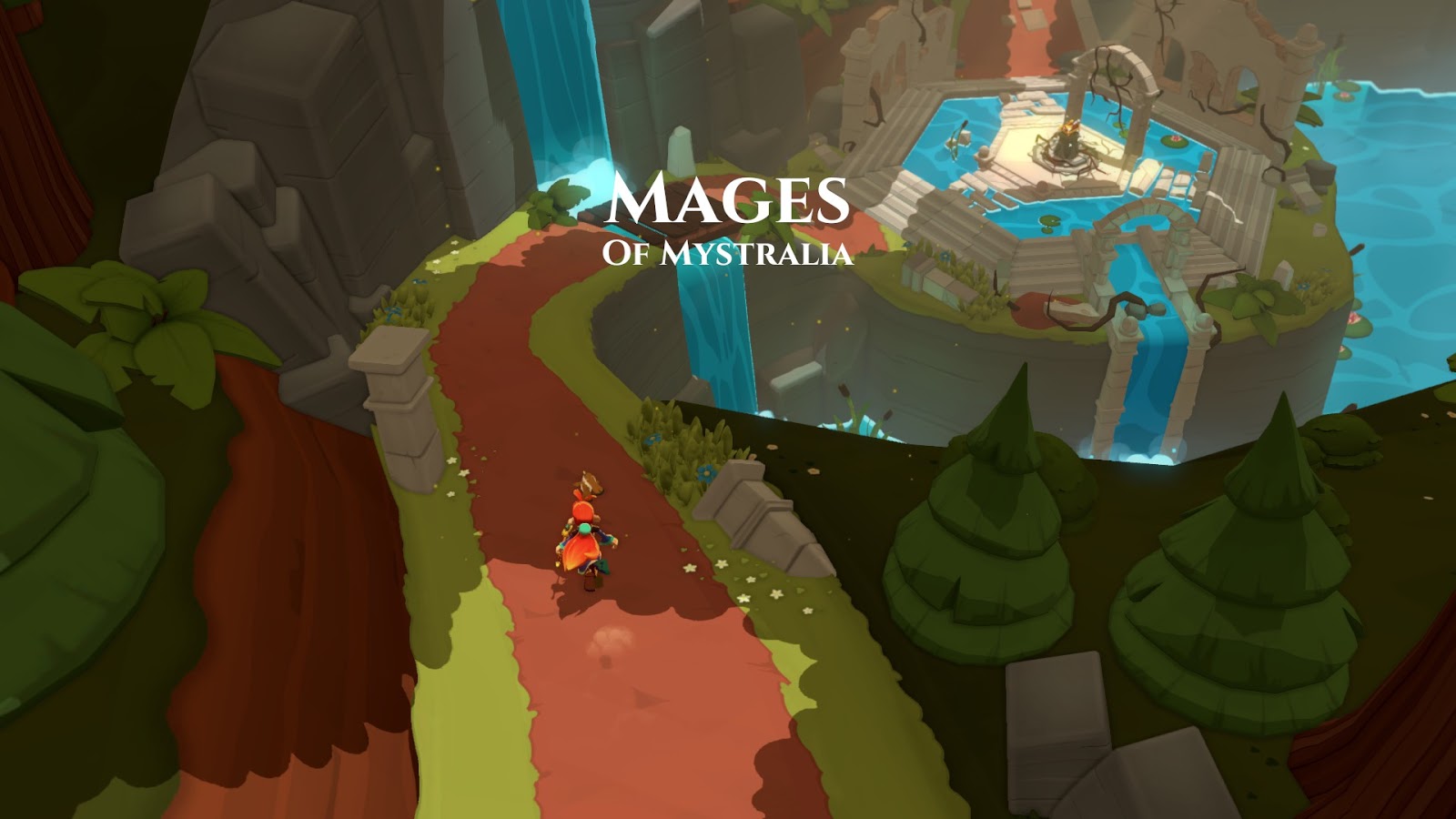 If Nox and Magicka had a baby, Mages of Mystralia would be it. Fun, easy to get into, it won’t take long before you are swinging magic like a pro as you guide Zia on her adventure, crafted by Ed Greenwood and the team from Borealys Games from Montreal.

There are a few taglines that we just love to groan about every time that we hear them. “Custom Crafted Spells” had me intrigued but I wasn’t holding my breath. Maybe I should have because the magic system alone is awesome.

Like all good things, Magic and being a Mage / Wizard / Insert any other moniker here was ruined by a madman now known as the Mad King. Now that those left are in hiding instead of revered, Zia unfortunately comes into her power as she unintentionally burns her Uncle’s home to the ground and is now on the run from her village. Found a short while later by a man calling himself her mentor, it’s time to learn how to manipulate the arcane. 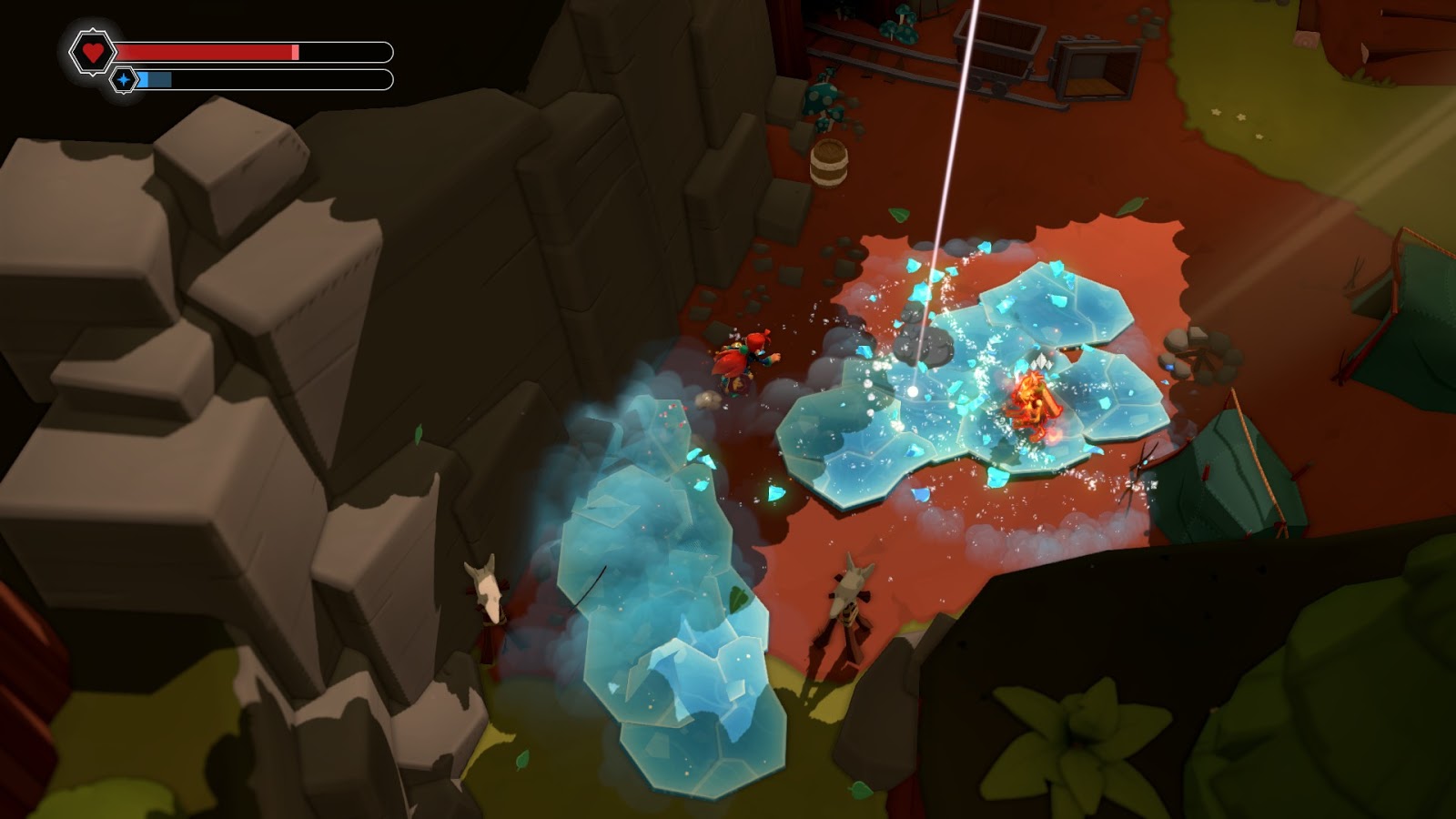 Ok let’s be honest for a moment that Zia’s teacher is involved with her learning as much as a random quest giver. Actually some of them have been more involved, but beside the point. The true learning comes at the hand of a sentient spellbook and while he sounds super evil (audibly), he’s actually quite useful and nicer than half the people you meet on your adventure. Can’t judge a… sorry. Almost cannot help it.

Zia’s spellbook teaches her the basics of craft with the four elements that she has access to. Fire, Ice, Electricity and Air create the foundations of Zia’s repertoire and alone these don’t do much. Make a bit of Ice on water to walk over it. Light a campsite with a small Fire. Stand your ground with an Air shield against heavy currents. Smack Goblins that try to ambush you with some Electricity. All very useful in specific circumstances but outside of that? They are kind of lame powers for a Mage. This is where crafting your own custom spells comes into play.

While the book provides the basics, the rest will be picked up throughout the lands either through story progression or by completing challenges and puzzles that will reward you with Runes. Each spell that Zia can cast sits on a board that Runes can be slotted into in order to make modifications. Fire and Air for example can add movement runes in which one of them will create fireballs while the other will allow Zia to dash quickly instead of having to walk everywhere. 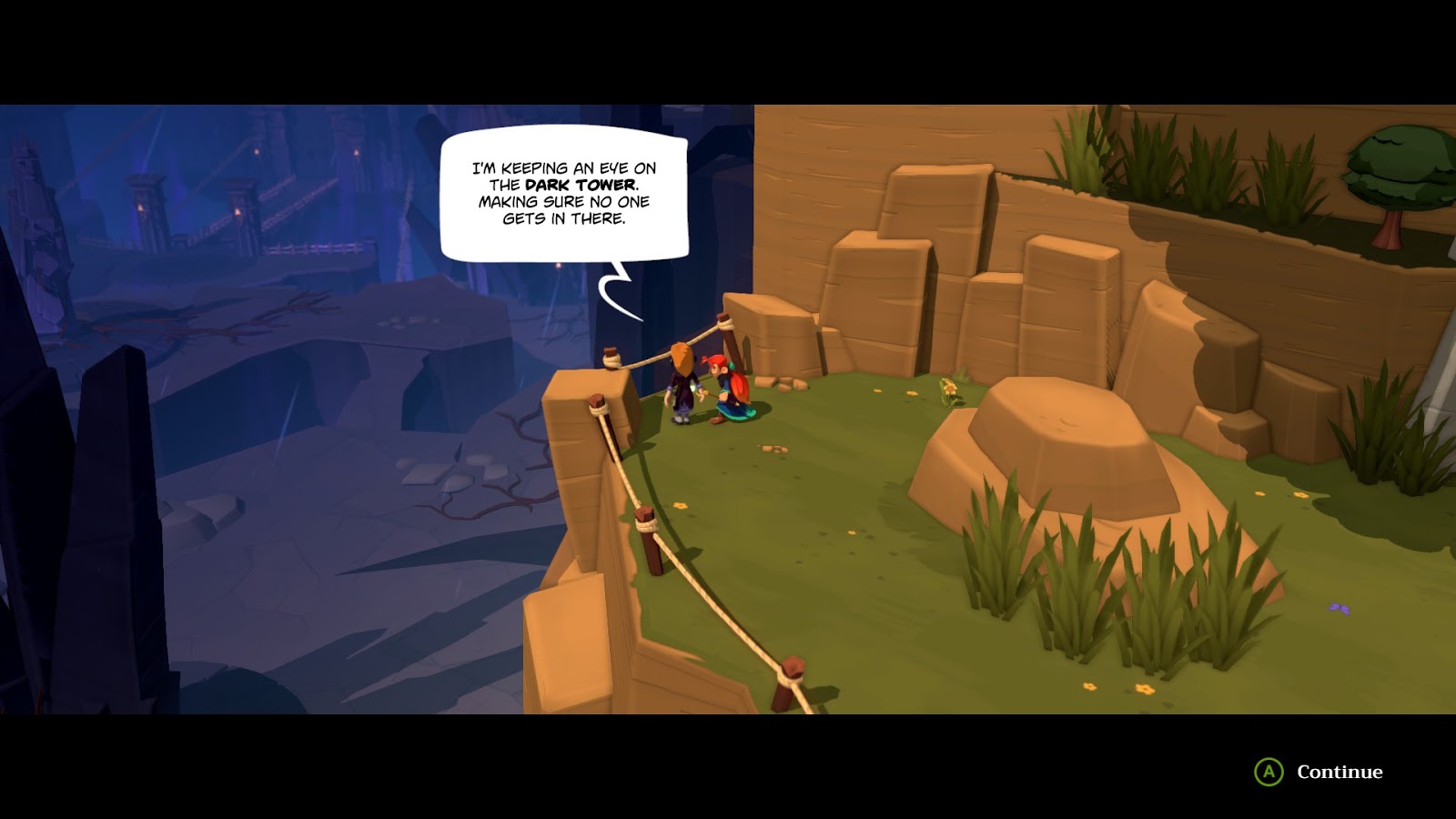 Many other Runes exist which can add effects such as burning for fire or paralysis through Electricity. These are fun to have in your repertoire and useful in combat but where things get really good is when you can start chaining Runes together for some really cool effects.

The “Right” Rune for example will make the spell turn right. Fire + Move + Right will have a Fireball soaring to the right instead of straight ahead. It’s these little details that add up as you really can have your spells your way. More than this, you’re also not always stuck modifying these said spells for each situation. Multiple spells can be created and swapped between on the fly allowing for a fair amount of versatility in the field.

Gameplay is based around these concepts for both exploration and combat. Often if it looks like you can’t get by a passageways or there’s a block in the road it’s because you either haven’t looked around enough or you don’t have the proper Rune yet. Sometimes there’ll be a hint font near a challenge that can tell you if you are even close to being able to succeed before offering a paid hint with Zia’s hard earned currency but at least you didn’t have to pay first and then find out that you couldn’t even pull it off in the first place. 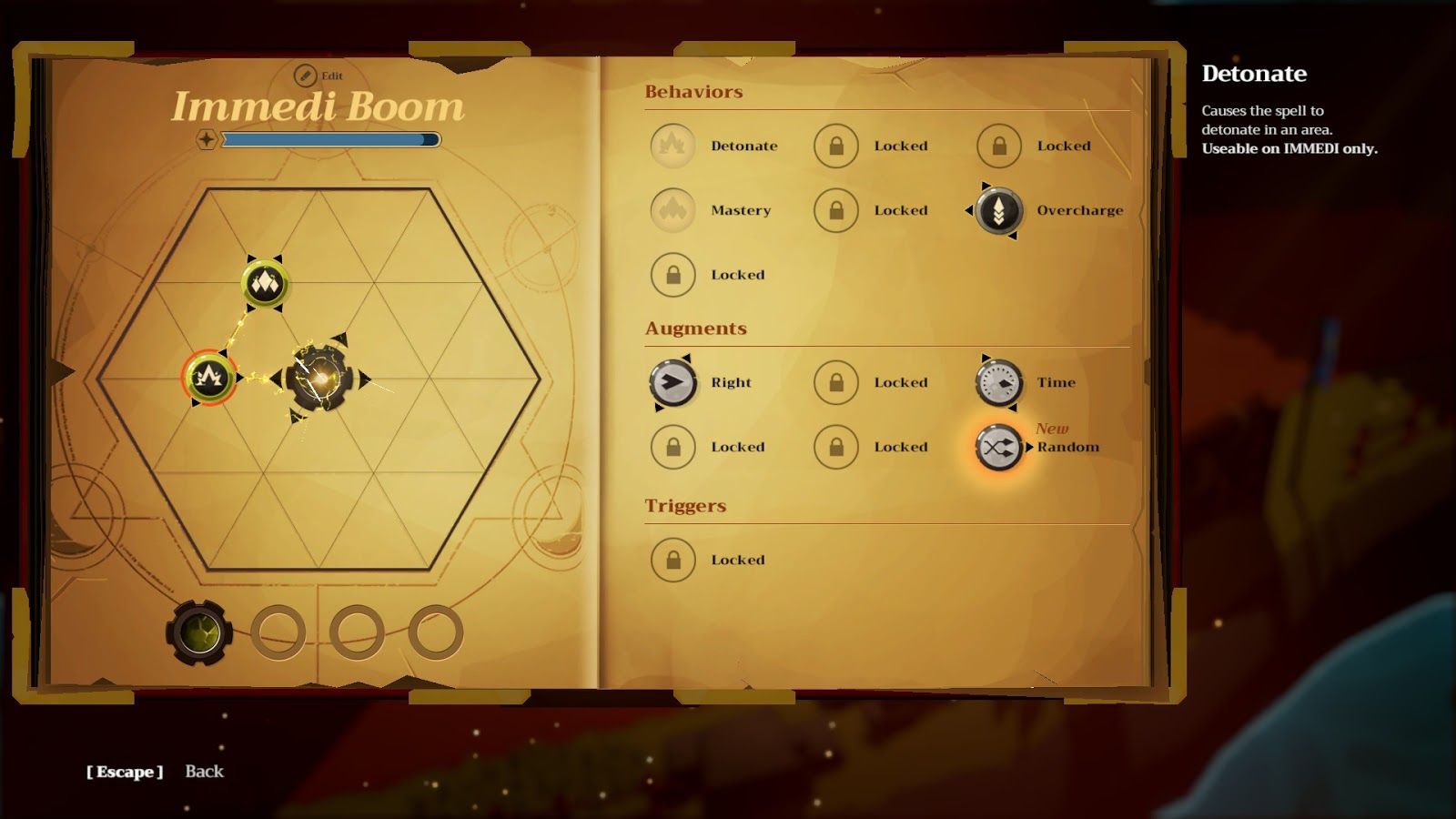 Exploration is well designed and gave off a bit of that old school retro adventure vibe. Roads can lead to caves or villages and everything is more interconnected that you realize as you start gaining more Runes that let you go further past a block in the road. That or you use your head and the living creatures in the environment to your advantage. Hey, it’s not your fault they go boom and can remove that giant boulder in Zia’s path. Everything works though and blends well together leaving you to your imagination as to how exactly that you’re going to pull things off.

Combat relies direction on your spell usage as Zia does not fight with her own hands. Everything is done with magic and creativity is key to winning easily. After a certain point Zia gains the ability to chain spells together through the Rune system. This means that a Fireball an end in a patch of Ice. Electricity attacks can end with a bit of Fire or an actual Fireball. Dashing into an enemy with Air can lead to that previously mentioned Fire or Ice spell for more damage. These are all the tiny examples as the spell system as your basic Electricity attack and chain in the large explosive version of it that can remove obstacles and enemy shielding. Two attack, one swing, all the Mana that would otherwise be used however is used.

This is about the only issue that can come around as if Zia runs out of Mana then you my friends are a bit screwed until she starts to regenerate her Mana pool. There are ways in order to replenish it but the stock is both limited and relies on your exploration in order to hold more than one of these items through almost its own overarching side quest. 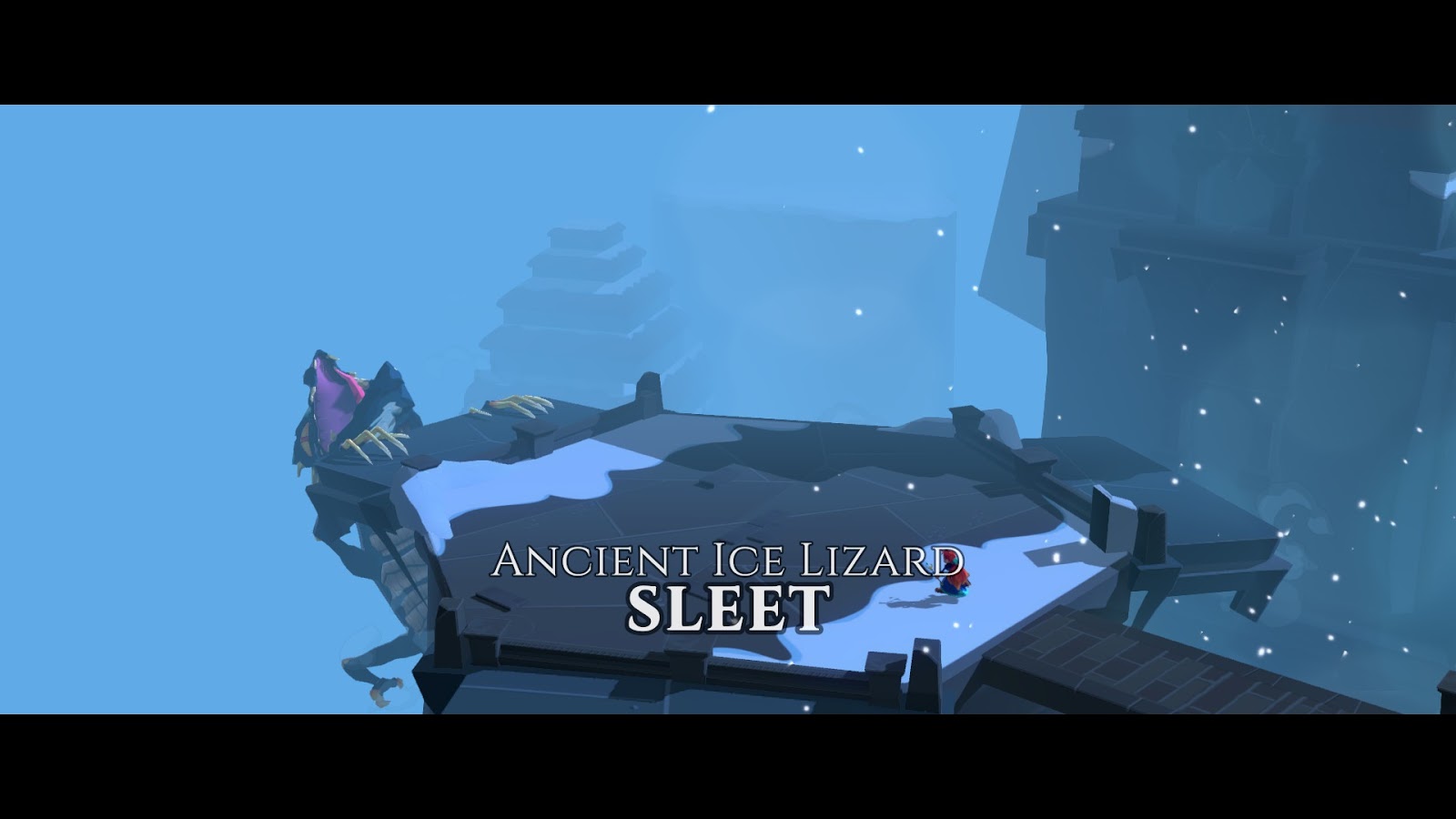 Even with this little issue (or you just need to learn to get better <- I’ll let you know when I get there and stop exhausting my damned Mana Pool all the time), Combat is fun. Up close and personal or far back where the enemy can’t touch you, both are solid and required for the Boss fights which can be quite epic in both design and size.

One final point that I want to make is that Mages of Mystralia is designed for a controller and it’s not the first to do so of late. Playable with a keyboard and mouse there is a notification stating that it is best experienced with a controller and they aren’t wrong. There are plans for a console release on both the PS4 and the XB1 and from what I’ve already seen it should be a pretty smooth transition.

On a whole Mages of Mystralia is very well build and enjoyable for hours at a time. Starting off I was a bit skeptical with the idea of being able to craft your own spells and how it would work out but the systems in place are solid while also nudging the player to go out and explore a bit more because you can only craft with what you know and sometimes? What you need to know is found quite a distance off of the beaten path.