comments Share
You are reading
Black the Fall – PC Review 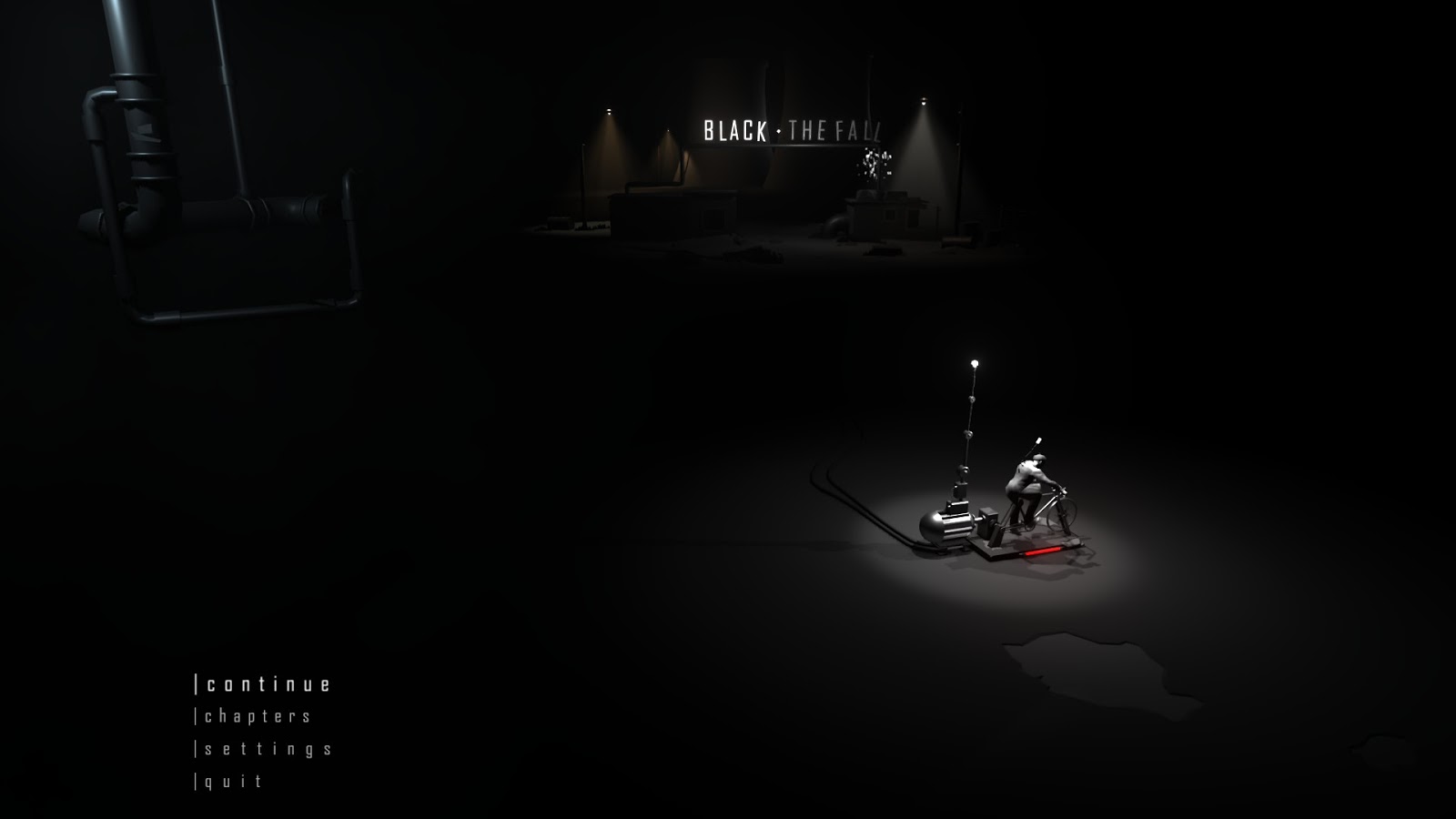 Black the Fall by Sand Sailor Studios is one of the better platformers that I’ve played in a while. With both Nick and myself having previewed it at various stages of development I’m both confident and happy to say that the final product has been worth the seemingly long development time.

The only possible “downside” to the experience, to get it out of the way first, is that it’s short. That’s it. Clocking in at about two to four hours depending, the time that is taken in order to tell the tale is very much worth it. Now while I clocked in at two hours for the final I had also played a good portion for the preview and other than some new and sometimes neat additions, I speed right through the rest until things became new as I knew exactly what to do and that it has only become smoother in order to do so.

Everything about Black the Fall is dark and somber as you guide a machinist on his escape from the factory that he found himself wasting his life away in for the past few decades. The created atmosphere matches the tone set out by the context of the Totalitarian state that he finds himself within. From start to finish as the idea of “hope” is hard to come by when everything is dark, worn out or broken. This can be easily seen as he makes his way from the factory, to the amusement park, finally to the downtown core and suburbs before bring thrown back into the mix that he escaped from in the first place. 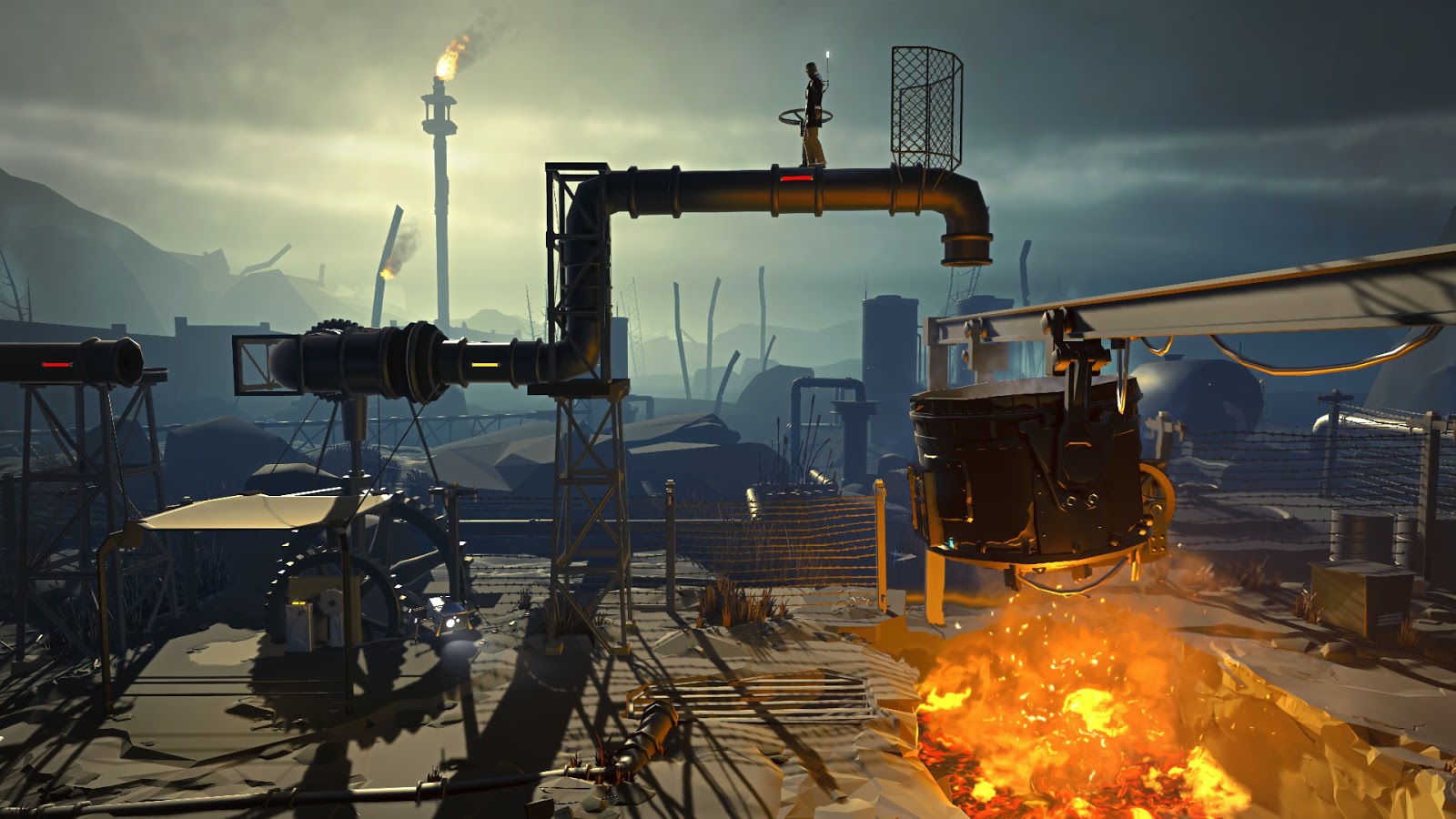 This journey is not one made entirely alone but nor is it made with an actual partner. In this regard, the machinist made me think a lot of Roland of Gilead as the gunslinger chased after his Man in Black and then his Dark Tower. He had a goal and it doesn’t matter how he reached it or who he used to do it. Unlike Roland’s adventure however the Machinist doesn’t have enough time to learn to love those he uses and some may be left in a worse state than they were found. Such is the reality of the world being portrayed.

From a platforming perspective Black the Fall is solid and doesn’t over complicate things by continually adding in more and more elements to keep track of. Instead, the core controls are kept simple with walking, running, crouching and grabbing into ledges in order to pull himself up. Where things ramp up is when our Machinist gets hold of a control module that used to look like a laser pointer but is now a beam of white light that allows him to override the set controls of those running on autopilot for the unseen dictators.

At first this module can only really be used on the other humans slaving away in the factory, but once he escapes he comes across a robot that looks like a big metal dog. Once activated however this dog is much more of a puppy and will do anything that you will it to such as stopping a compactor in order to save your life, throwing itself into gears to allow you to make it across without once again being crushed or simply acting as a stepping ladder. It’s heart wrenching to see because each time you walk away from this poor metal beast only to realize that you need it to progress further and go back to save it. Do you save it out of love for the fact that it’s an unconditional loving companion? Or do you save it because you need it. That’s a choice you have to make. 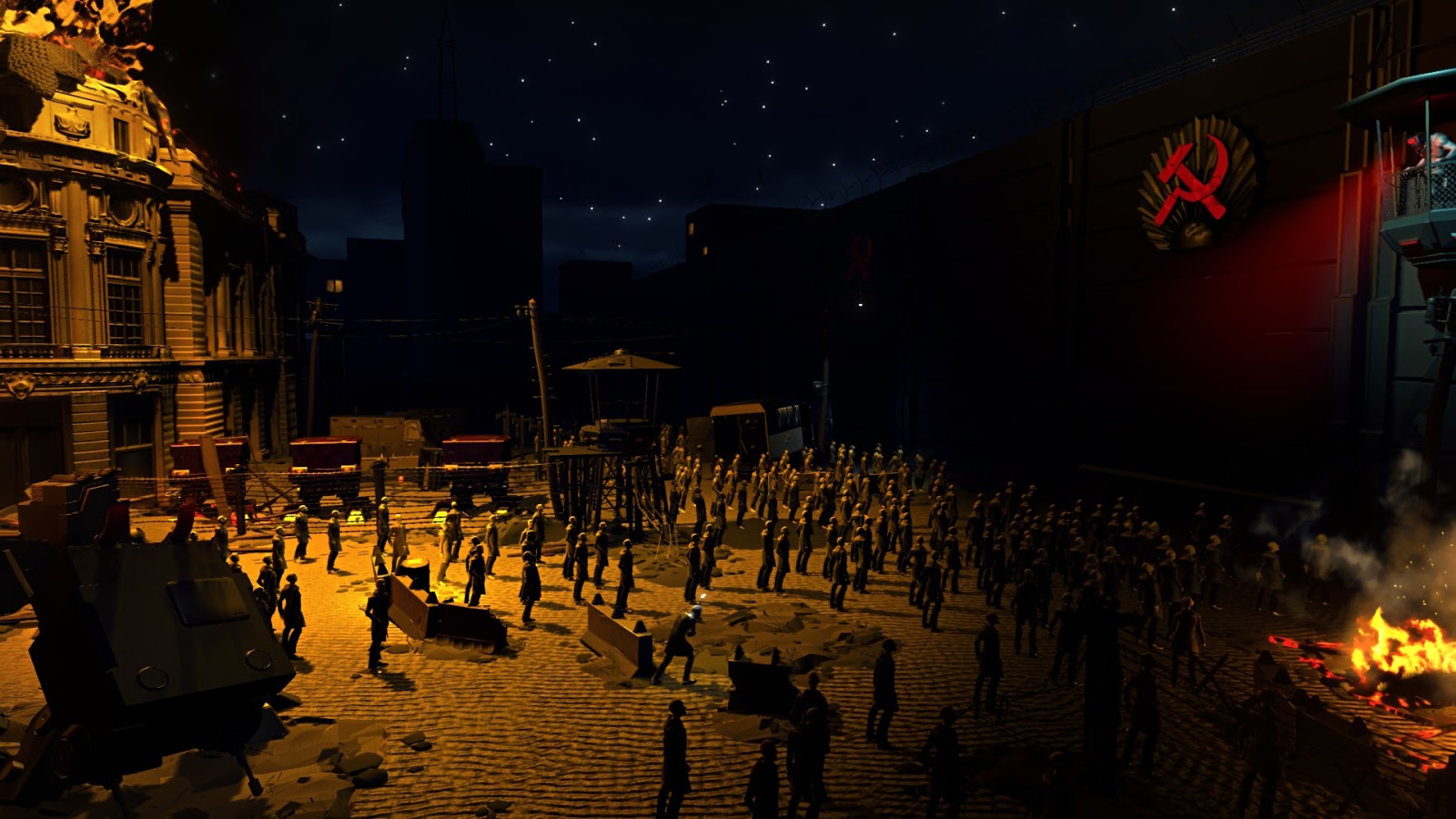 Black the Fall is a must play. This is for both lovers of platformers as well as those that enjoy artful presentations of an idea. Between the tones of the color palette and the visual presentations of a world that is all but broken, the journey of one man in order to escape it all is enough to make your heart ache.