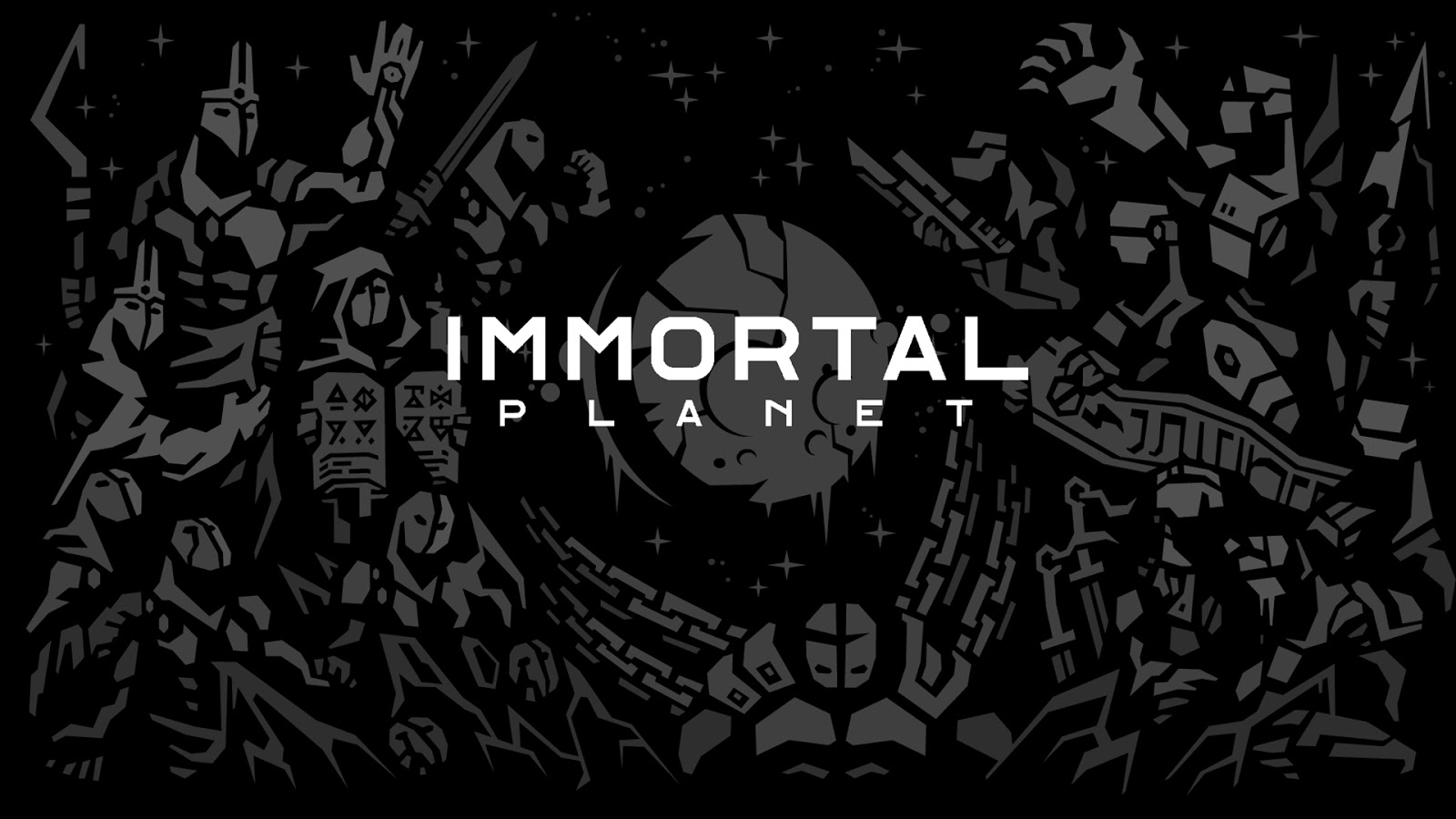 “Don’t get greedy.” Wiser words from my younger brother have never been more true. These are truly words to live by as unlike the Souls series that it takes inspiration from, Immortal Planet follows some of the tenants of the creator’s earlier title of Ronin which is a turned based platformer that involved plenty of thinking before committing to actions. How did that line of thought transfer over to an adventure hack and slash? Very well.

Don’t get greedy became one of my brother’s favorite saying while I was slashing away at Bloodborne and since then, I’ve tried to keep it in mind while playing Necropolis and Dark Souls 3. While sometimes I would ignore it and it paid off, that simply is not the case here. Immortal Planet is all about taking your time, evaluating your foes, and striking when the iron it hot. Otherwise have fun loading back up from the previous checkpoint.

Immortal Planet starts off with your bulky Jason masked wearing hulk of a man waking up from a long enough slumber for the entire planet to have gone to an icy hell. Choosing one of three starting weapons and bonus items you set off for a lap of tutorials which teach you the basics. If you’ve played any of the Souls series or anything based off of it you’ll find yourself in familiar enough territory. Running, dodging, and attacking all take away a portion of your stamina bar that can be found under your health. From there on out, Immortal Planet carves a space out for itself with some original ideas. 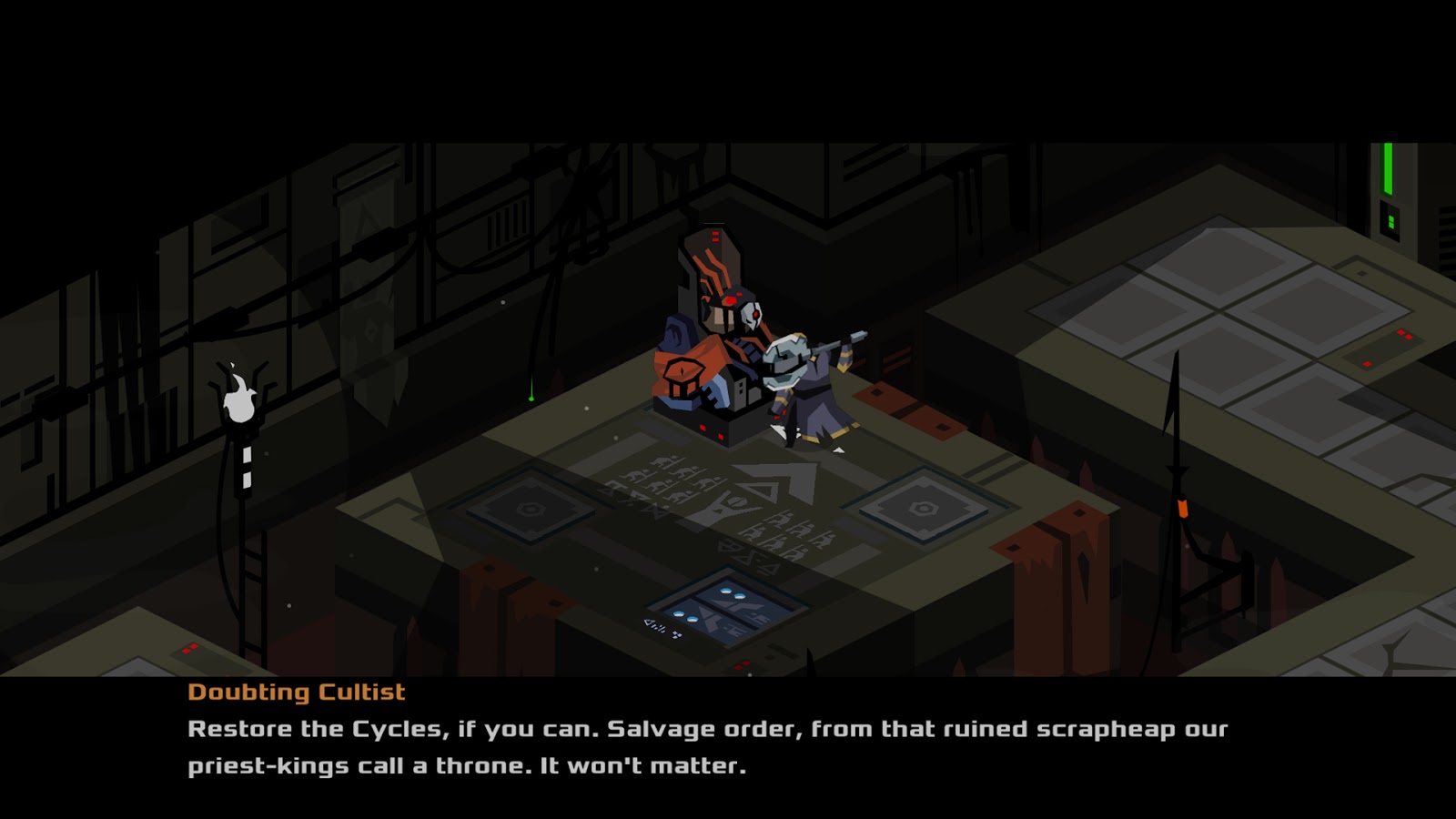 Other than the automatic difference that you’ll be viewing the world in a third person isometric view, your journey has a few other twists to throw in. One of the major one is that at all times you can see your enemy’s stamina which helps you gauge what you can do. The obvious is to attack but it isn’t always the best solution. When an enemy is out of stamina they can be dodged into knocking them back a good deal of steps. If the ledge of a platform happens to be close then they fall off and that’s the end of it. You don’t need to kill off every enemy with the tip of your blade, sometimes your shoulders can better do the trick.

This said dodging into them with a full set of stamina and you’ll be the one that suffers. Doing so will cause you a few moments of being too stunned to move and there’s no holding back on an enemy’s strength. It kept surprising me actually at how strong enemies were as regardless of if you’ve been in a location they can kill you quite fast if you’re not careful. It really does come down to taking one’s time and calculating your moves such as using another approach which is to time your attack perfectly in order to parry the blow. Doing this or simply dodging depend entirely on the enemy in question and there’s a steep learning curve on that especially if you’re rushing and not taking your time.

All of these enemies are going to be littered around various environments that have both switches to move forward and chests to increase your arsenal. There’ll be some familiarity with finding shortcuts in order to more quickly make it from the rest point to the boss room but even these have a catch. If the doors to the next room sense an enemy nearby they’ll lock your passage forward until that enemy is dispatched. There’s no simple running through. In a lot of cases there’ll be fair amount of killing between points A and B and that’s before the one major hindrance in some people’s plans. Your item usage. 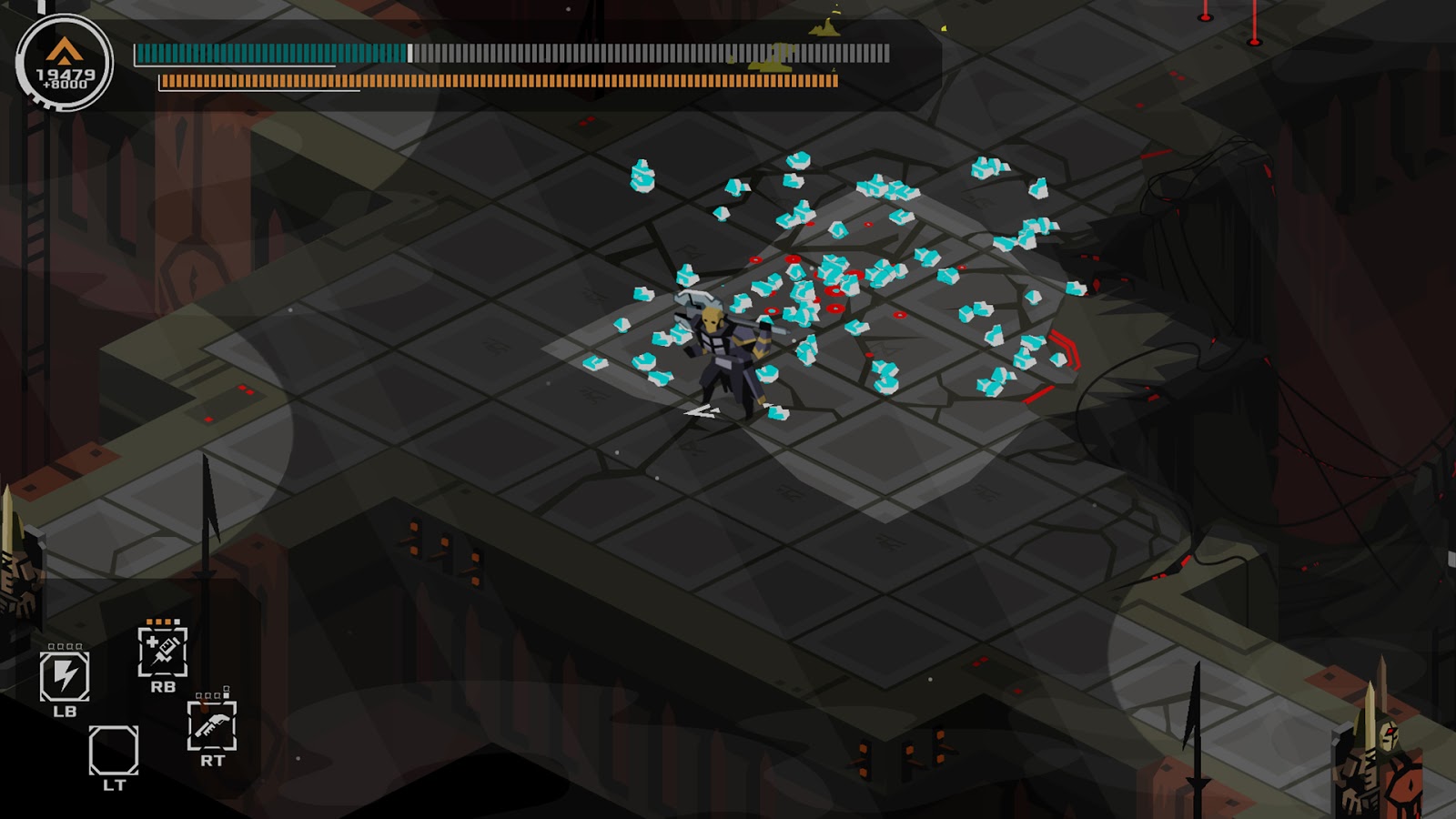 You’ll start off with a bit of lightning to be very very frightening, one healing needle and a gun. That one healing item is the only one you’ll have unless you explore the environment and pick up more in certain locations. The catch to this is that resting and leveling up resets these counters and the locations that they can be picked up from. So basically hoarding is out of the question. This means that if you aren’t the greatest at these because, you get greedy, you’ll need a fair amount of healing items to make it through. Problem is that most of these are behind mobs making a pre-boss run a bit annoying. This definitely won’t be the case for everyone and eventually you pick up another making your base count at least two but it requires some finesse to pull off winning against a boss with little to none available.

The only thing that I found to be “unfair” was that if you were hit for any reason while using the healing needle, it didn’t heal you. You quite literally have to stand there and see the fluid enter your neck in order for it to be effective. Once a boss moves phases this becomes less and less of a possibility because they are truly throwing everything that they can at you and if they are a caster type? Good luck. The animation that is used however is impressive and you can see the moment that it worked but it would have been nice to start off with at least a bit more than one if the enemy has the chance to make it ineffective.

All of these elements come together rather well to create something both familiar yet different. Actually, if anything, Immortal Planet has several nods to the above mentioned Bloodborne as weapons have two modes so trying out the basic possible three before really diving into things is recommended because what I thought was great at first didn’t really suit me. Instead out of the two blades, one being a larger weapon and the other more of a spear, I finally opted for the shield which can become a whopping axe. The shield works great in certain situations as long as the blows are melee in origin. Energy weapons and spells will go right through making dodging the way to go which again nods to the above. 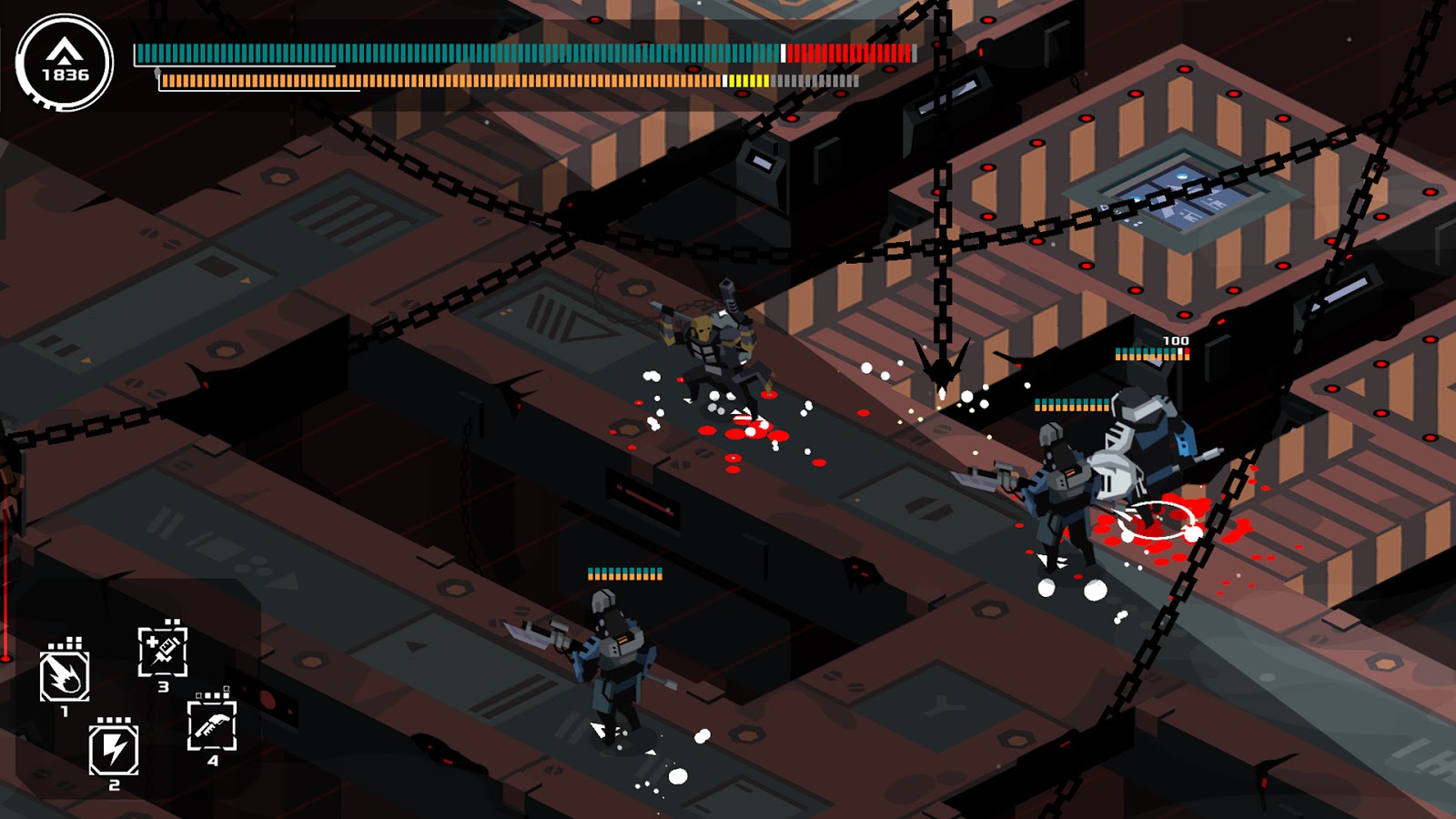 What really struck me as interesting with the level design is that if you are walking or running through you have nothing to worry about. If you are haphazardly dodging about? You’ll fall off the ledge. Swinging like a madman? You’ll fall off the ledge. While there are no handrails you’ll be safe until enemies come swinging and you start dodging. I appreciated not having to worry about the ledges at all times and that some environments require “dodging” in order to move from one set of walkways over to the next.

Immortal Planet is great slower paced Hack and Slash. Having to think about your moves and the timing really changes the tempo that is normally associated with this style and it works creating something that isn’t just another one in the ever growing crowd.