comments Share
You are reading
The Wizards – PC / VR Preview 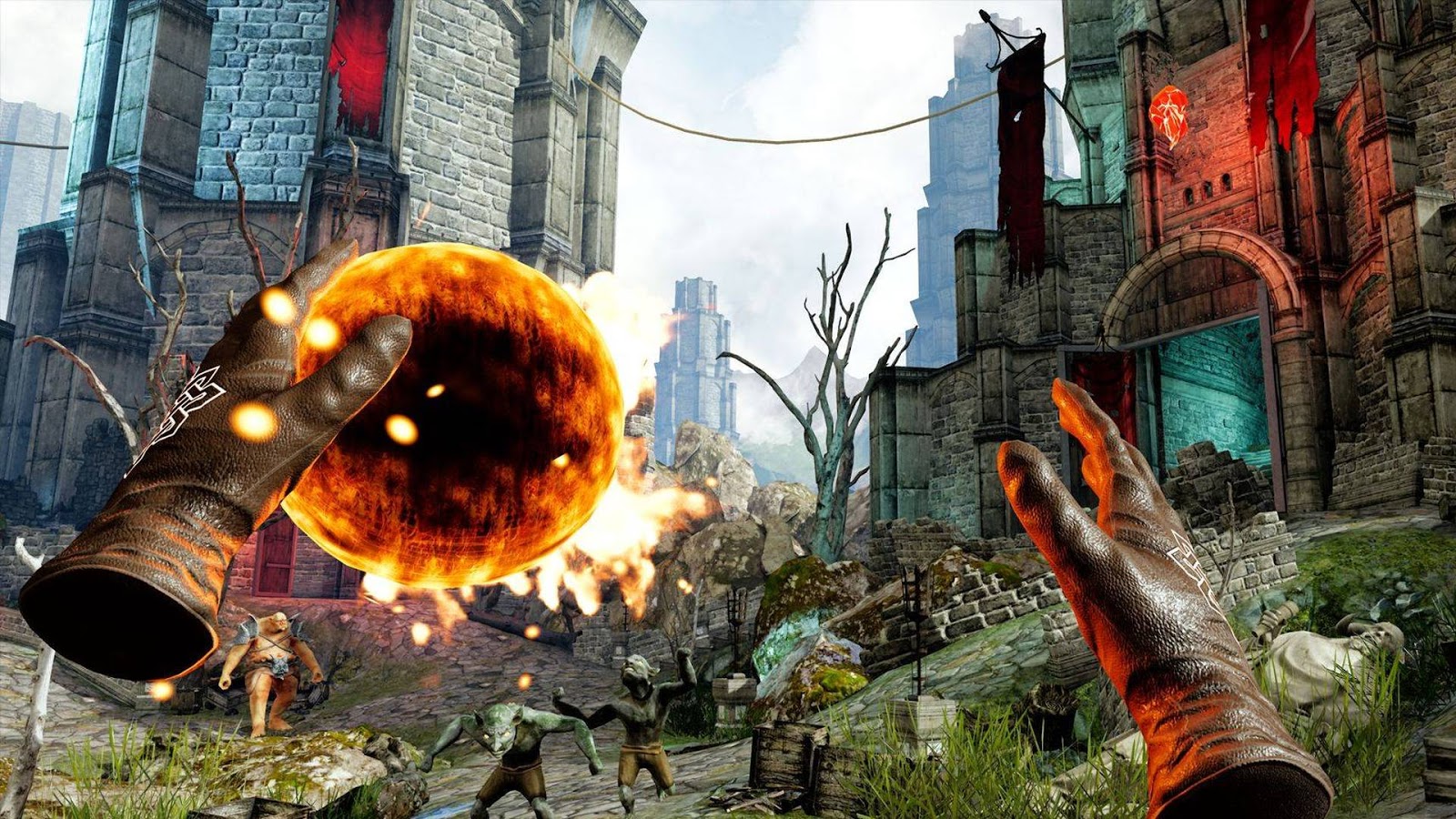 I’ve said it before, but it certainly is worth reiterating here – virtual reality is going to live or die by how immersive the experience is. It is about being convincing, and forgetting where you are in reality. That can scale from a laid back title to playing chess to something more action-packed like racing, but games fare best in my experience when they maintain the illusion of ‘being there’ in that virtual space. That’s good news for The Wizards, because while the game is only in Early Access right now, it certainly nails the feeling of being a powerful spellcaster.

Things start off simply enough, with a handful of spells at your disposal. Pull the trigger to make a fist and you can visualize the power rippling about your hand. It follows your hand movements as you weave and try to create variations of different spells. It all starts easily enough, but your character’s power will grow, and with it comes some additional spells that add nuance to the combat. It all really reminds me of The Unspoken, which I really enjoyed because it gave me a nice sense of power when I played. Of course, that title was more of an arena dueling title, and it was built around competitive multiplayer, which is both good and bad as your opponents have the potential to be unpredictable, but at the same time – you have to find people to play against. 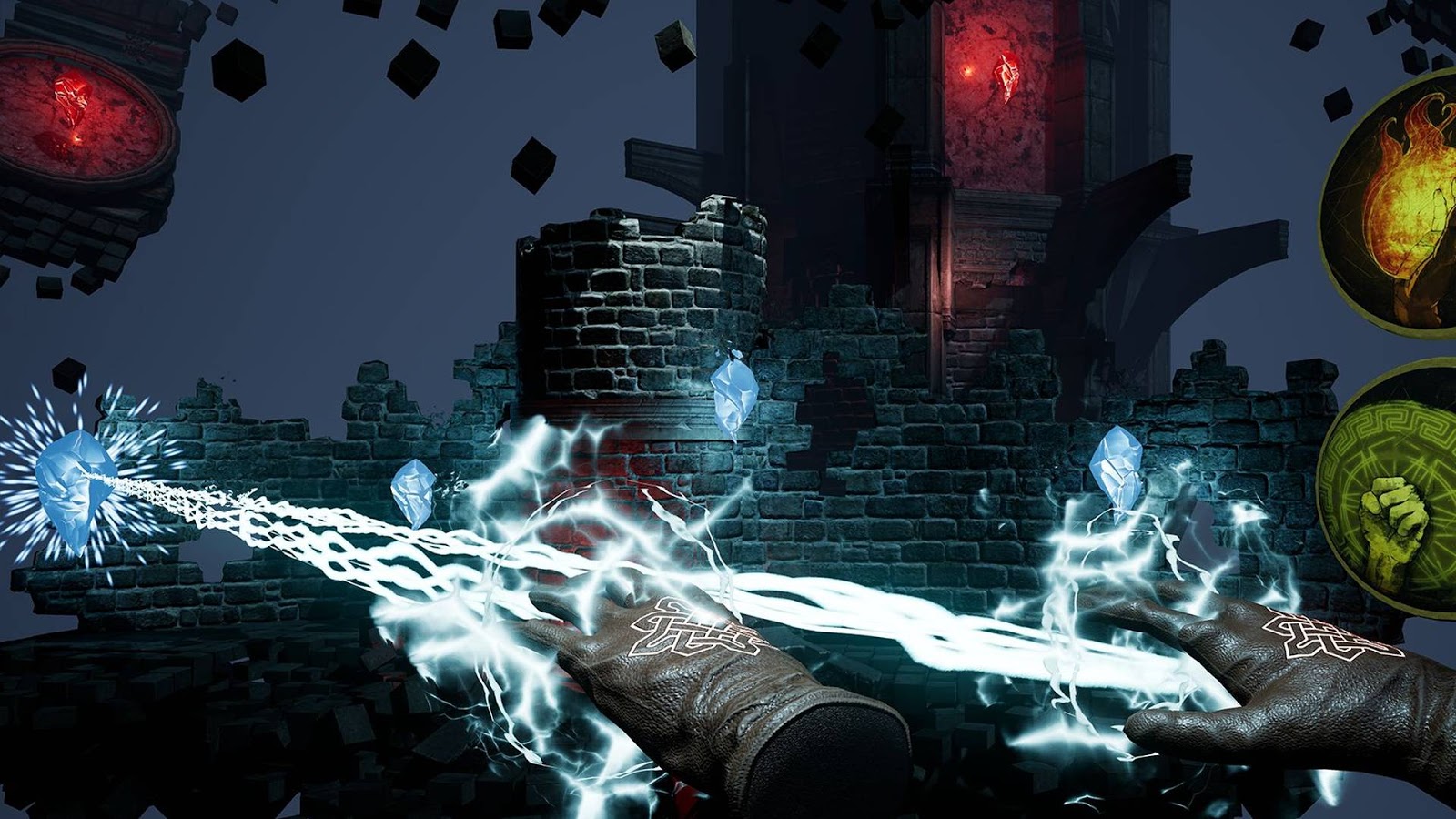 The Wizards is a single player offering, and something of a rails shooter as you move from node to node. You teleport around, basically trying to create areas of space between you and your hordes of enemies, so you can magically pick them off at a somewhat safe distance. This is perhaps where The Wizards can quickly become somewhat repetitive. At its core, it is a wave shooter and it would certainly benefit from more variety in the magic department. Granted, the magic that is there is pretty fantastic, as each type of spell has upgraded capability that makes it more and more devastating. Creating a shield to protect yourself or chaining together lighting blasts. It all feels really good, which is the key because of the immersion I talk about in my introduction.

What is perhaps a bit more lacking? Well for one, you are pretty much on rails, so while it looks like there is this big, beautiful world to explore, you really can’t. Also, the enemy AI is really basic right now. It is not terrible, but they are not all that imaginative. The modes are obviously still a work in progress at this point. The campaign promises some dark stuff, but the story is a little rough around the edges at times and could use some fleshing out. You have to collect some items or take down a particular baddie, but it really is just about teleporting around and fire away at the horde of bad guys along the way. It really just bank heavily on the well-executed and engaging combat mechanics. There is also a sort of sub-system called Fate Cards that dangles the prospect of spell upgrades that grant you modifier that can slow down time or even can speed them up for a bonus to your points to compensate for the added challenge. There is some pretty high potential here as the game adds more to this going forward. 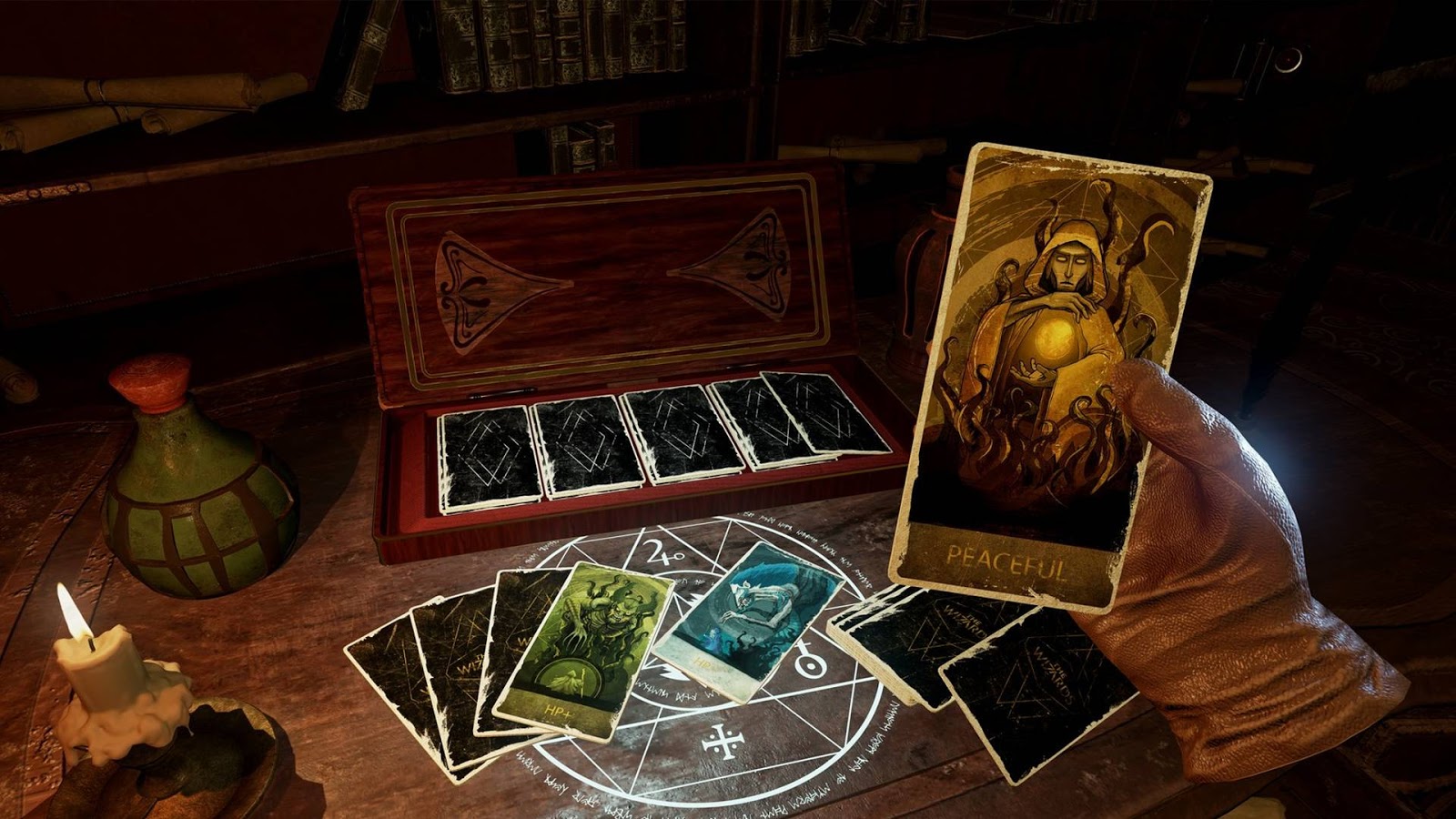 There are plenty of rough edges here, and while the story and mode could use more polish, I think the core system is going to be enough to engage players. Simply put – it is a lot of fun switching between spell types and getting upgrades that you then have to gesture to use. There is certainly an element of skill here, and not just in aiming or mentally managing the waves of attacks, but also learning how to pace your hand movements. Too slow and you are setting yourself up to be overrun. Go too fast, and the gestures might not register (some might view this as a technical limitation, and it might well be, but it makes sense within the context of the game where if you hurry, you are ‘messing up’). I’ve read that Carbon Studio is hoping to have this title out of Early Access within about the next six months. If that is the case, they have a lot of work cut out for themselves, but the potential here is undeniable.