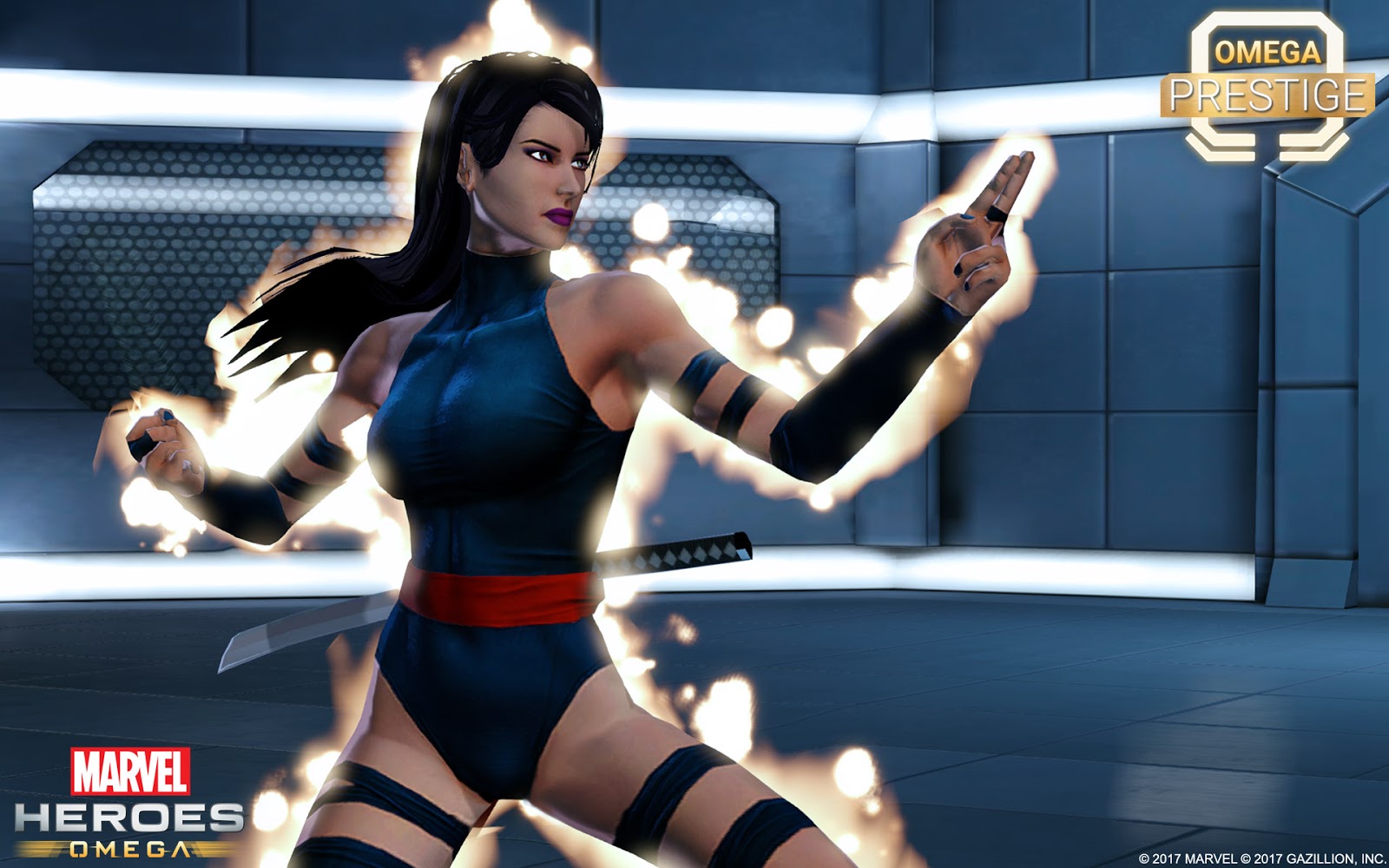 Seeing the words ‘Age of Apocalypse’ just makes me smile. Now mind you, this is the newer take on it, but I sunk some serious time reading (and money collecting) the original Age of Apocalypse arc back 20-ish years ago. So add an already cool premise to a fun game, and you get this announcement.

With today’s update to Marvel Heroes Omega on PlayStation® 4 and Xbox One®, Gazillion proudly reintroduces console gamers to one of the Marvel Universe’s most powerful enemies: Apocalypse. This time it’ll take everyone in the Marvel Universe to stop him. If they fail, a new Age of Apocalypse will dawn.

Enlisted by Clan Akkaba to resurrect Apocalypse, Mister Sinister has cloned four powerful X-Men to serve as the deadliest Four Horsemen the world has ever faced: Jean Grey (Death), Storm (Pestilence), Psylocke (War) and Magik (Famine). This “Apocalypse Awakens” content will challenge even the most seasoned Marvel Heroes Omega players with heroes at level 11 or higher. Alone or in teams of as many as five heroes, players will confront En Sabah Nur’s forces in his Egyptian resurrection chamber. The new content will also feature all-new original Horsemen designs that unlock for Jean Grey, Storm, Psylocke and Magik.

This new event not only allows players to fight against Horsemen versions of Jean Grey, Storm, Psylocke and Magik, it also allows players to unlock these versions as part of the new Apocalypse Loot Box or as a part of the Age of Apocalypse Event Omega Pack, both only available for a limited time. These four heroes will join Spider-Man as Omega Prestige characters, increasing their combat potential. “Apocalypse Awakens” introduces Omega items that can be earned through the new Omega difficulty setting, which can be achieved by passing the Omega Trial.

“When Marvel came to us with an opportunity to bring a huge Apocalypse boss fight to consoles, we jumped at the chance,” says Gazillion Lead Game Designer Justin Bartlett. “As someone who became a Marvel fan thanks to the classic ‘Age of Apocalypse’ event, it means a lot to me personally. I also loved playing all the great games that had Apocalypse as a boss, and I can’t wait for Marvel Heroes Omega players to experience our unique take. We’re extremely excited to be able to create some brand new takes on Apocalypse’s Horsemen for our game—you can even play as them yourself as alternate costumes for Jean Grey, Storm, Psylocke and Magik.”

Bartlett also appreciates that Marvel Heroes Omega is the first console game to feature the entire Marvel Universe attempting to defeat Apocalypse. “It’s always great to pit someone like Cyclops or Wolverine against Apocalypse,” he says. “But at the same time, we really love that anyone from Captain America to Rocket Raccoon can challenge him.” 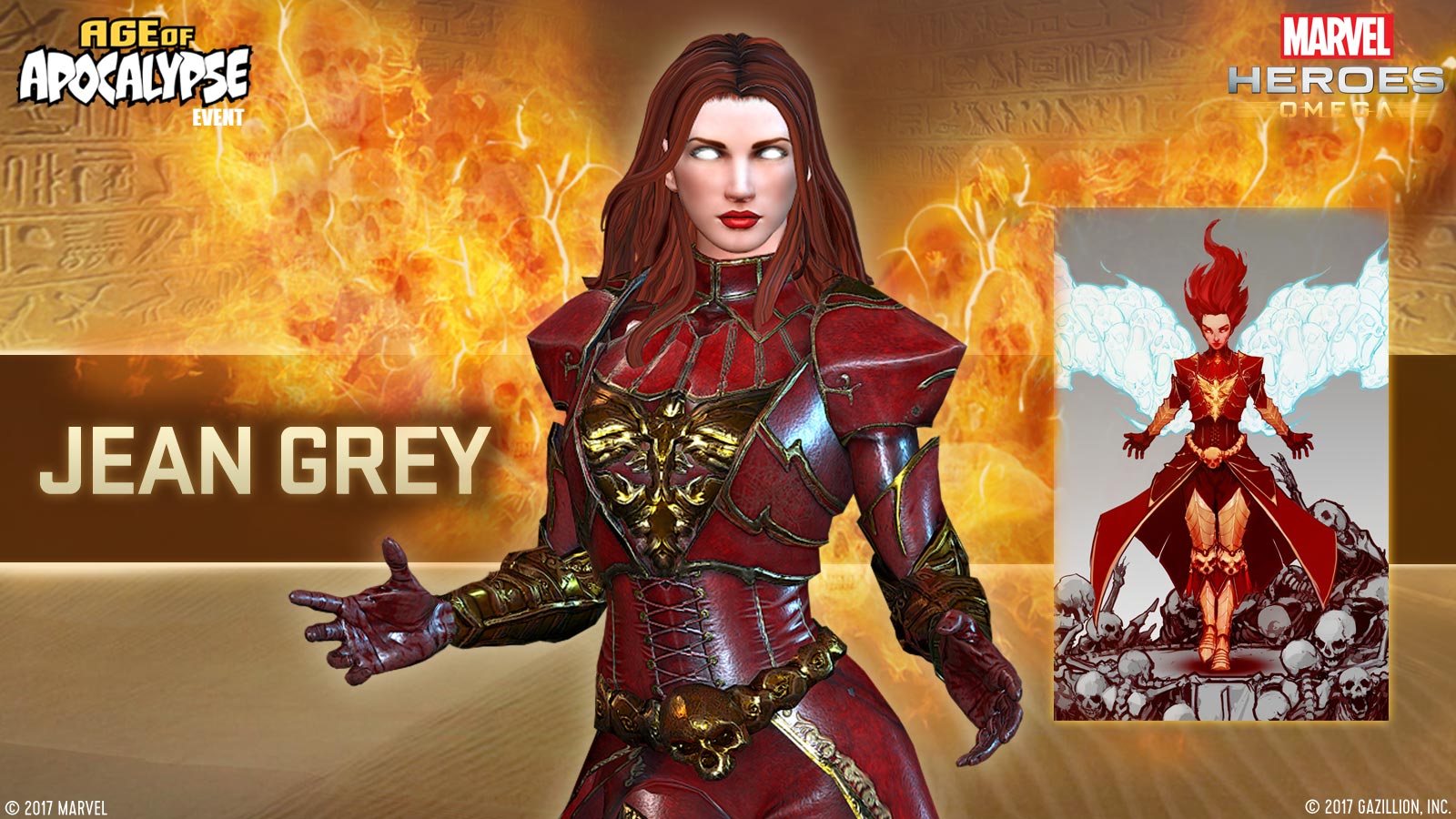