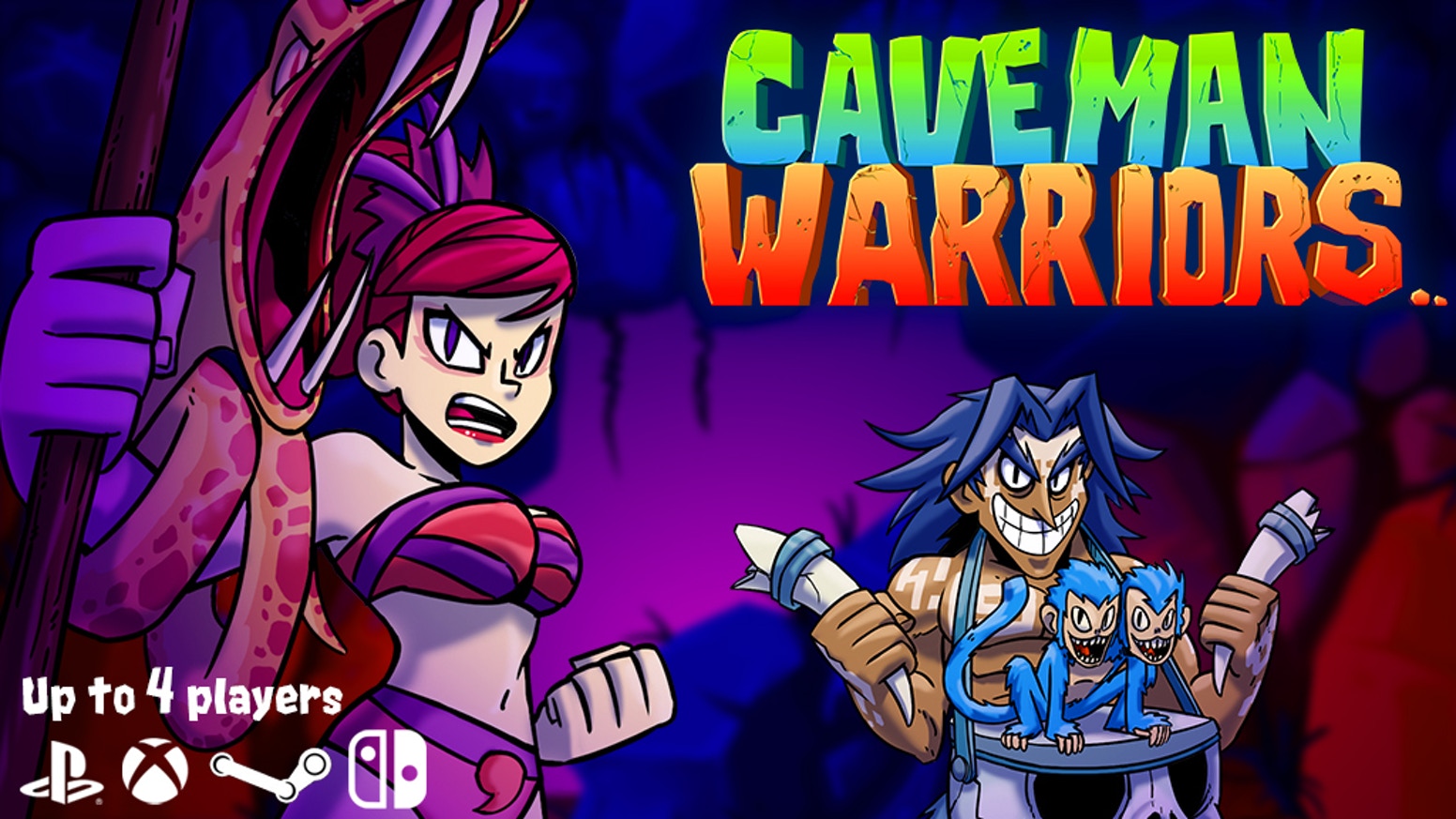 In almost an episode gone wrong of the Flintstones and the Jetsons, Caveman Warriors brings that awesome couch coop experience once again to the living room. With children of their tribe taken, four interesting cavemen/women take up their arms, snakes, monkeys and wolf as a hat in order to hunt down the aliens that just abducted those under their charge.

The premise is weird but it works and gives a good reason behind this tribe’s adventure as they basically plow through anyone and anything that gets between them and saving those that were taken. Other than a few comic strip events in order to move the story along, Caveman Warriors is told through the action of the platforming gameplay as you use each character’s skills in order to make it from checkpoint to checkpoint until facing off against the boss of the stage.

Mechanically Caveman Warriors is sound with very responsive controls, varying character abilities and weapons that really do make them stand apart from each other. The only issue that I would say that I had was the recoil whenever a character gets hit. It doesn’t matter if it’s a tiny poke or a mega slam. You’re prehistoric warrior will be sent flying backwards and generally in the most opportune of moments. 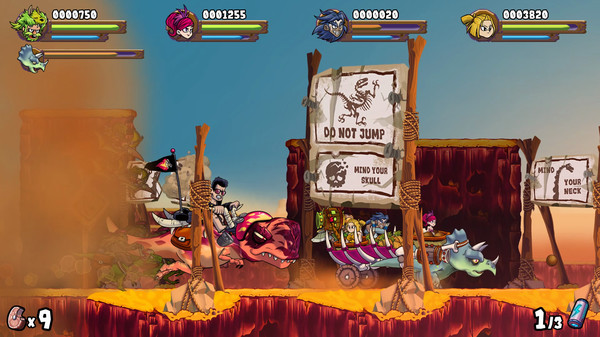 Had it been a little less than the amount of recoil that was there it wouldn’t have been so bad. Unfortunately, it marred things a bit as the amount that you “can” get hit only increases making things much more difficult as the margin of error decreases as the stages move on. Being harder is one thing, having to deal with it being harder and you flying backwards regardless of the hit is another.

Outside of that, the rest was great. I really enjoyed that each character while having the same core mechanics of moving and jumping, played differently with different weapon style and needed abilities to finish the stage. The Spearwoman Liliana for example can poke from enemies from a distance and use her spears in order to make footholds to climb up the side of cliffs. Moe, the boomerang throwing shaman, can send monkeys out in order to dance and distract those holding up the counterweights to gates that appear in your way.

While “personal preference” is always a thing, each character is going to be needed and gotten used to especially if you’re playing by yourself. That’s a big that a lot of this style will overlook and I’m glad that JanduSoft‏ didn’t. Each character is important to finishing a stage making that no one is really more important than another. While it’s true that the other two are the heavy hitters, one has axes that are thrown in an arc while the other can defend making it very useful for boss fights. 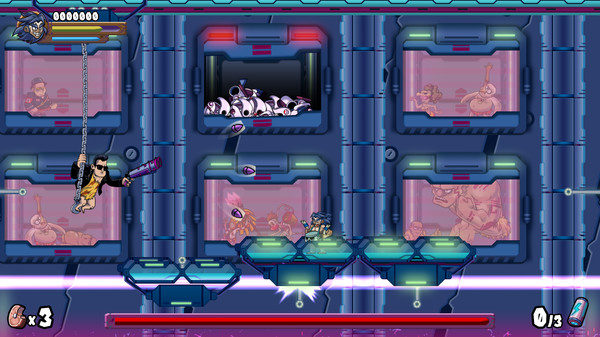 Boss fights are fun and while the first one misleadingly feels like it falls into the 1-2-3 repeat trap, the rest while incorporating that style are much smoother finding their own rhythm. They properly end the stages that they guard and smoothly help transition to the next stage as they are used as part of the comic strips that appear between the stages. It’s a nice and neat package.

JanduSoft’s Caveman Warriors is some quick good fun either solo or with a few friends on the sofa. With different classes that are needed to complete the stages, it’s not simply another platformer that hits all the notes but one that tries to be different and succeeds because of what’s needed out of each participant.