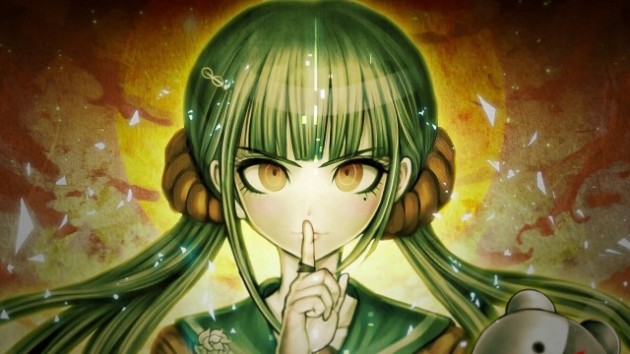 I have been a fan of the Dangranonpa games since experiencing the very first episode on my PlayStation Vita. The first game was better than the two subsequent ones in my opinion, but all of them were enjoyable in a dark and twisted kind of way. I expected more of the same with  Danganronpa V3: Killing Harmony – a quality adventure game that never quite reaches the heights of the original. So imagine my surprise when this game exceeded my already high expectations and manages to be every bit as memorable as the first game in the series was for me.

The original Danganronpa title really surprised me when I played it. There was a sort of dark humor laced through the entire story, but there was something substantial lurking behind the crazy circumstance surrounding a group of gifted kids locked in a school while being encouraged to kill one another. It was a visual novel that was made up of more than words, it had something to say while still offering compelling characters and interesting gameplay that helped to set the title apart from other games in the genre.

Then the sequel rolled out, and I was both excited and concerned. After all, how many times have we seen a fantastic game sullied by a terrible sequel? Likely more than any of us care to count. So while Danganronpa 2 never quite lived up to the original for me, the title still had plenty of bite in its narrative and like the first game, I found myself mulling the game’s events long after I completed it. Then came a sort of half-chapter in the budding franchise in Danganronpa Another Episode. Gone was the visual novel approach and instead a somewhat quirky third person shooter was introduced. Frankly the game’s mechanics were a bit of a letdown for me, as the gameplay was simply okay and I found myself wanting to get through it just so I could see more of the story, which was as sharply written as ever. Now we have  Danganronpa V3: Killing Harmony, a return to the series’ roots in taht it is again an visual novel type of adventure that plays to the strengths of the series: fantastic writing, crisp visuals and memorable characters who find themselves in a terrible situation.

There is a theme permeating the series – the ‘Ultimate’ someone at something, and here we take on the role of Kaede Akamatsu – the Ultimate Pianist. The premise starts off in similar fashion to the other games, and while I will not go heavily into characters or the story (because honestly – this is why you play these games, so I have no interest in spoiling that for our readers), Kaede finds herself trapped with other ‘Ultimate’ teenagers that comprise a quirky, sometimes endearing and sometimes infuriating cast of personalities that are brought to life with some fantastic art design and sharp writing.

You will develop favorite characters as you interact with them and get to know them. Many of the characters are not unlike actual people, despite their ‘Ultimate’ status. They often present one way initially, but like all of us there is often a depth of personality not visible at first glance that makes them nuanced, flawed and interesting. Of course, not unlike the popular Game of Thrones, a character can die when you least expect it (and often in equally unexpected fashion), making your time with that character all the more precious and tense as the tale will undoubtedly take turns that you do not expect along the way. 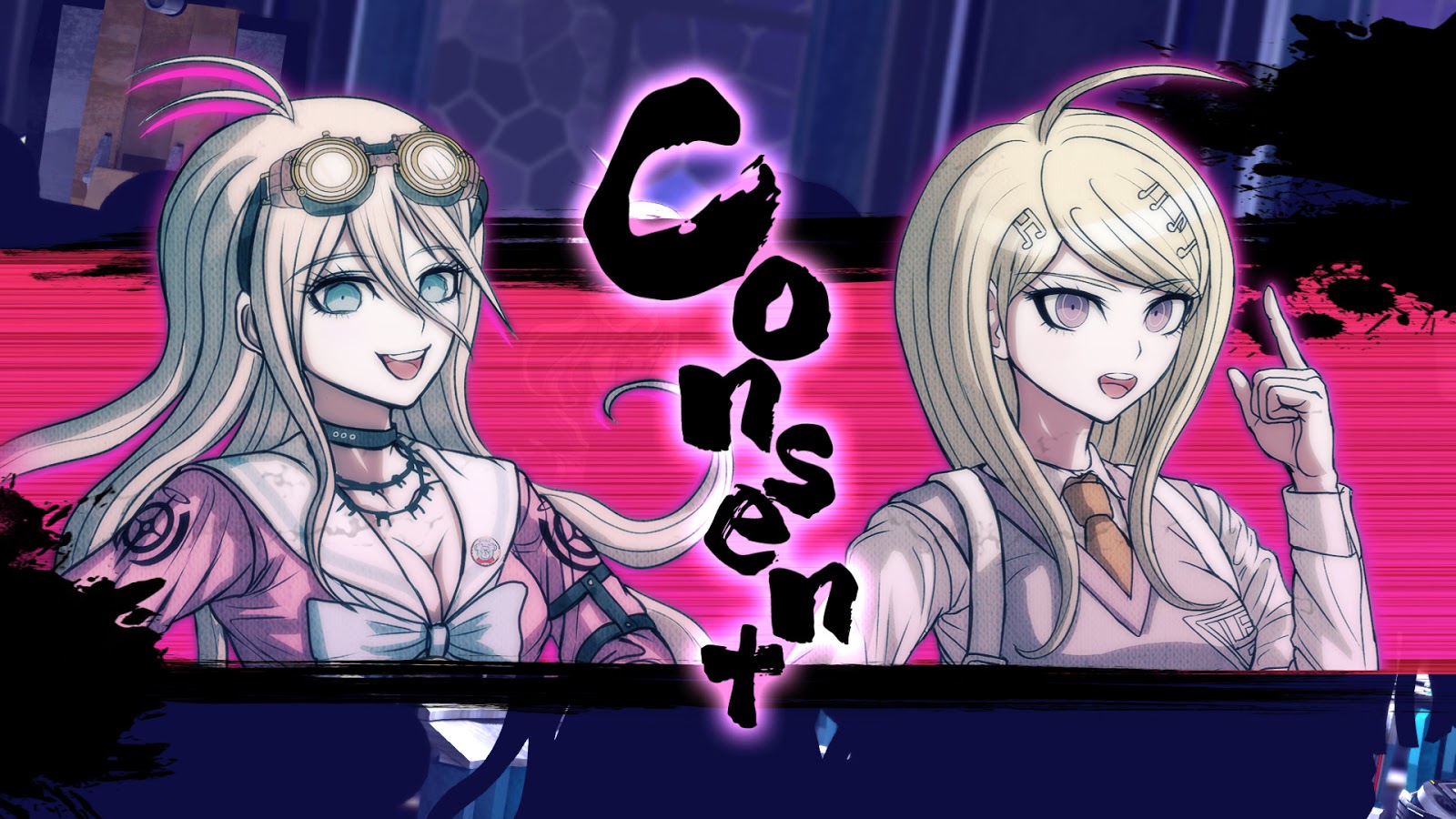 Fans of the series have come to expect Monokuma’s involvement, and they will not come away disappointed here as the insane bear once again rears his creepy head and encourages the characters to be their worst, coaxing out the kinds of dark behaviors that often lurk in people, but are kept safely tucked away because of societal constraints. This is dark stuff, so don’t let the visual style fool you. There are themes and language in here that little kids should likely not be observing.

As for the gameplay structure, in general it will also feel familiar to series fans. You spend a good portion of your time sharing space with other students, wandering around the facility and interacting with them. Inevitably during this process of living out your time there, something happens and a murder occurs. This then throws a more investigative slant onto the narrative, forcing you to examine the environment and talk to your fellow captive students that serves to trigger the other gameplay mechanic – the trials. These tend to be fairly easy. You have to pay attention and use your head, but if you do those things, odds are you will be able to navigate the choices and mini-game baked into it without a great deal of difficulty.

However, given the stakes that surround the trial, these are still pretty tense affairs. You are taking evidence you have gathered to select specific phrases made by other characters as you ‘shoot holes’ in their stories. New to this title is the Psyche Taxi which is a somewhat odd addition to the game, as it mixes racing with word puzzles. If that sounds a bit odd, well… that’s because it is, but it is also fun and adds something new to a familiar if satisfying formula. These mini-games help to make the Danganronpa titles also more interactive than the traditional visual novel. This in turn helps give the Danganronpa series its own flavor as the dark narrative carries forward one chapter at a time. 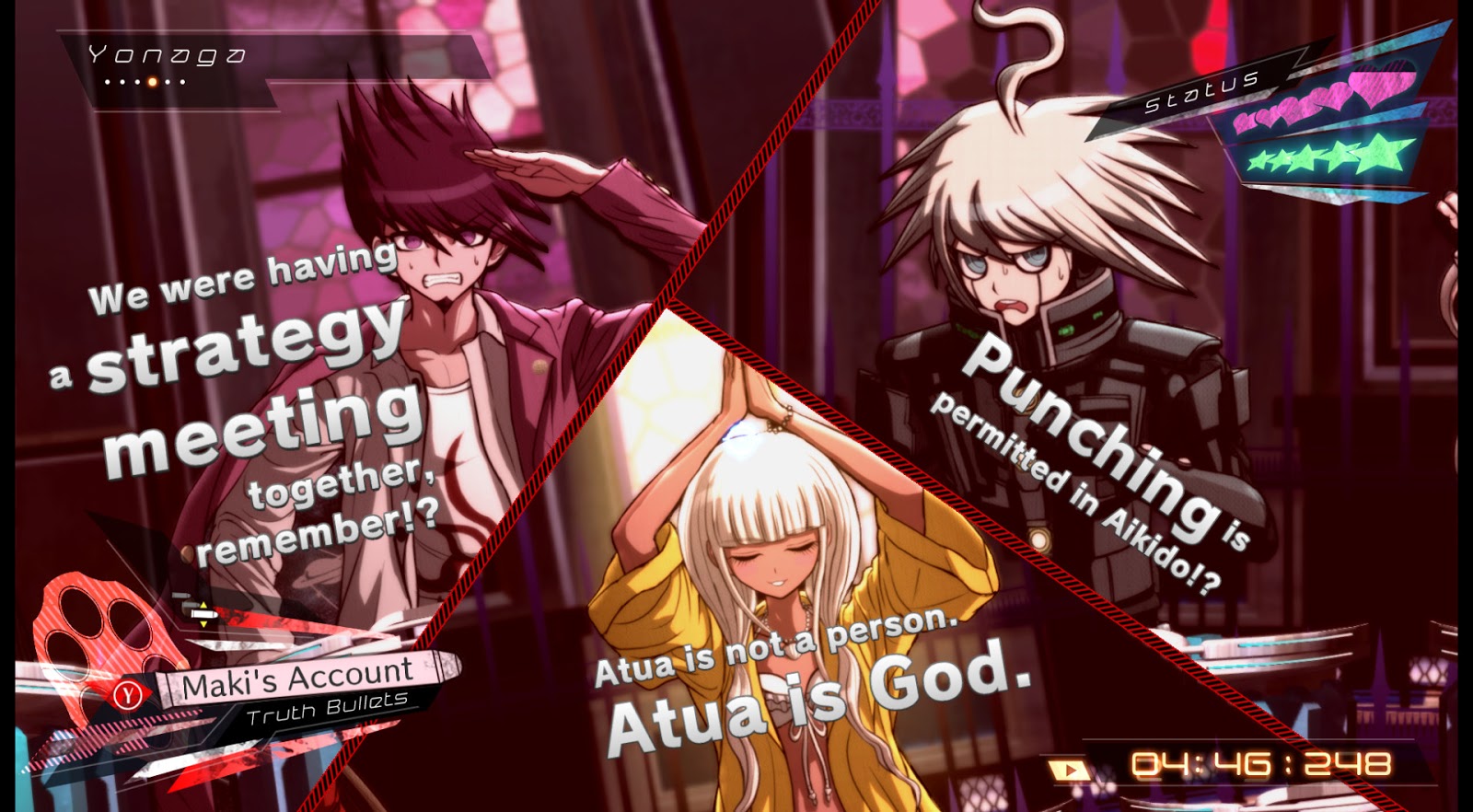 Danganronpa V3: Killing Harmony is a fantastic if dark experience that will twist and turn along its narrative path, and it kept me invested the entire time. There were some awkward moments of dialog, some puzzles that were perhaps just a bit too vague and a couple of characters I really could not grow to like – but these are small flaws in an otherwise outstanding package that adventure / visual novel fans owe themselves to experience. 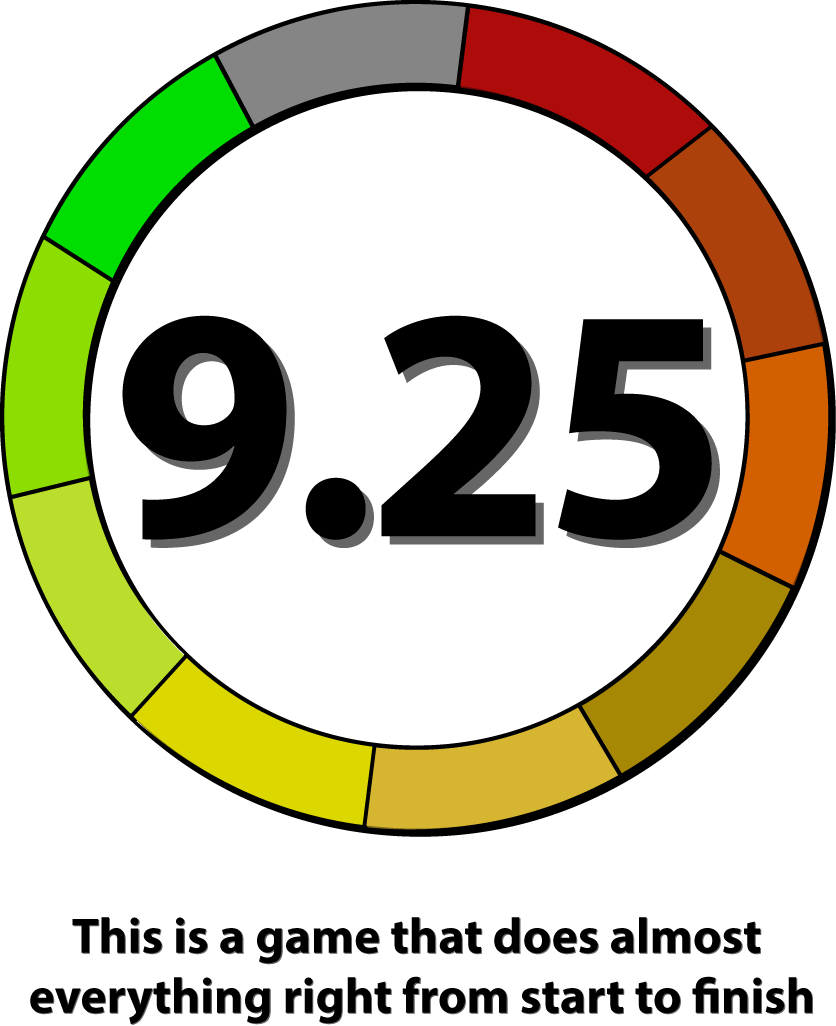