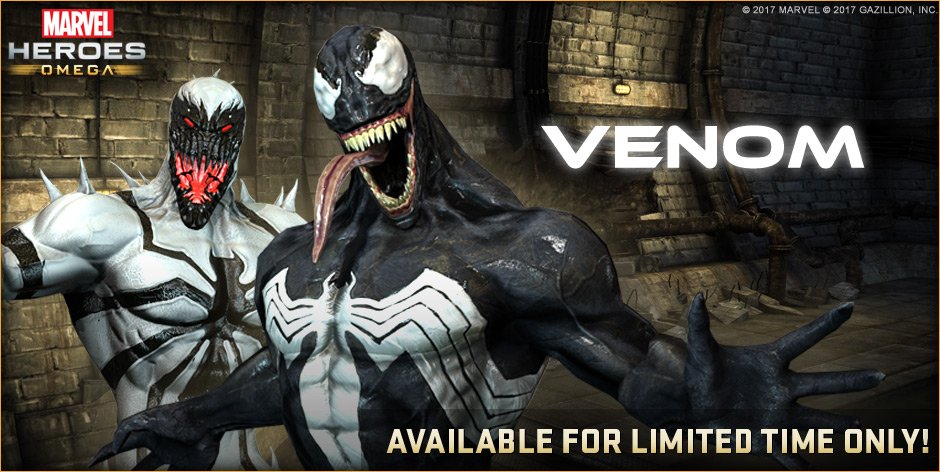 This is one I wanted to sneak in for our readers before the weekend hits, but you may recall that we covered Marvel Heroes Omega with a preview and then later reviewed it – and frankly, it is a free-to-play game so you have no reason not to give it a try. It is a pretty fantastic action-RPG MMO experience, especially for Marvel fans such as myself.

Well, if by the off-chance you read those articles (and if you hadn’t yet – they are linked in that first paragraph, so go take a peek), you likely understand how some characters are not available at the start. That is part of the monetization strategy for Gazillion Entertainment, and it is a pretty unobtrusive one compared to a lot of the free-to-play titles I’ve poked at over the years.

Why am I bringing all of this up? Because if you have played and enjoyed it, and are a fan of the Spider-verse, you may find their current offer one too good to pass up. Fan favorite character Venom is being made available as a playable character – but only for a limited time. This option kicked off a few days ago, but it wraps up next Thursday on the 20th of September. The roster is already pretty beefy, with Venom becoming their 42nd character, but from my time with him I can say he’s a fun new character to spend some time with.

Like some of their other character packs, you get some other extras as well such as two XP boosts, a pair of Marvelous Loot Boxes and an Eddie Broke: Anti-Venom alternate outfit for the character. Obviously these kinds of packs are hit and miss with fans – some prefer to wait and see if they can buy them from within the game later (looks like you can according to a forum post, though there was no date for that given that I saw at the time), while others prefer to get a bundle of goodies. If you fall in the latter group, you can find out more about it here.

Given the timing of the Venomverse comic series out now, I think it’s safe to say this limited release is not an accident, but it’s a cool option for those who happen to be big fans of one of the most popular Spider-Man villains out there.