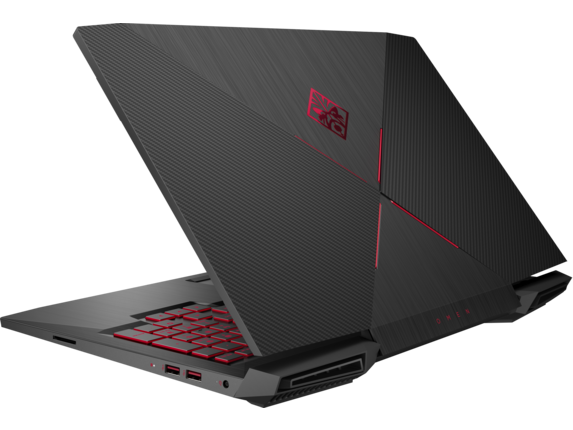 Buying a new computer, no matter the purpose, can be a daunting task. With dozens of manufacturers putting out endless models with various changes, whether you are a newcomer or veteran, it can be an imposing task. For those like me, who grew up building computers, I have found that these days I simply do not have the time or patience to custom build one. With the incredible dedication that many manufacturers have shown the gaming industry, buying gaming machine can still be daunting. This can be especially true for gamers that want to be portable, like new students or those out there that travel often for work or pleasure. Laptops are the answer to challenge, and with the continuing support by manufacturers for portable gaming, laptops are better than ever for gaming.

I myself have been gaming with a laptop, my trusty Samsung Series 7 Chronos, since early 2013 and though it has been a wonderful workhorse, it is about high time I begin thinking about upgrading. I have mulled over returning to standalone desktop computers but I hesitate on that particular train of thought when I think about my reasonably-sized, yet still fairly small 1-bedroom apartment. Outside of a few hard drive issues (which realistically, are my own fault due to the sheer number of read/writes that I do), my laptop has been wonderful. Being able to pick up and run to a café or the library when needed is excellent, or if I want to visit my brother four hours away and want to get some late night gaming in after the board games have been put up. 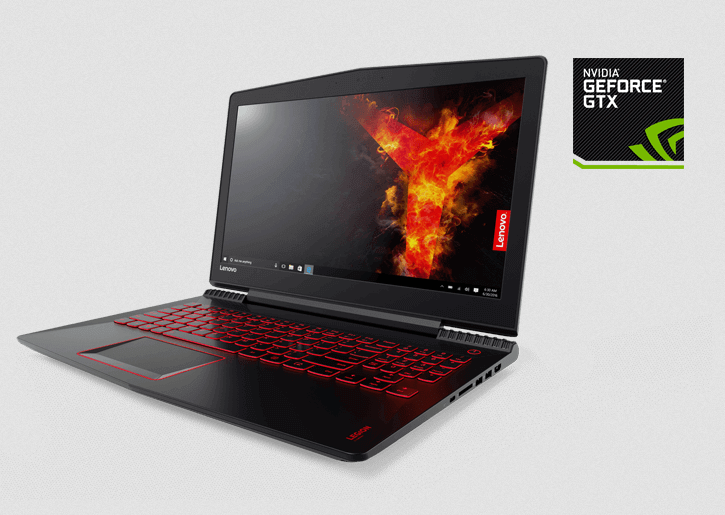 Simply put, gaming on the go is incredibly convenient. The downside is that in the past? Gaming on the go (with any real success) was incredibly expensive, making it a relatively high barrier of entry. Not so anymore. When I purchased my beloved Chronos in 2012 it cost around $1,500 USD and has an Intel Core i7, 8GB of RAM, a 1TB hard drive (had; I replaced it with an Intel SSD), and a nVidia GeForce GT650M. At the time it was very well powered and could run most games of the time above 30 FPS on its matte 1920×1080 screen. Now for comparative performance between now and then, I could get similar performance for about $700 USD. Take a look at Lenovo’s Y520 Gaming Laptop, packed with the 7th generation Intel Core i7-7700HQ processor, 8GB of RAM, a 1TB hard drive and the excellent nVidia GeForce GTX 1050 w/ 2GB of VRAM and you have an affordable powerhouse pushing modern games (like the upcoming Destiny 2) at near 60 FPS on its LED backlit 1080p screen. For nearly half of the price you can get a machine that will outperform my older “premium” rig. That is utterly amazing. Stretch your pennies a little further and you will be looking right in the eyes of HP’s outstanding OMEN laptops.

On the topic of the HP Omen line; once upon a time Hewlett-Packard, Dell, Compaq, and IBM were the premium workstation or home office machines, leaving gaming to “enthusiasts” that would build their own. IBM went by way of servers only and now power a massive chunk of the world’s computer needs, though their Lenovo line was incredibly affordable, extremely powerful, and even after Lenovo split off to be its own entity, away from the IBM brand, has been a mainstay in portable gaming for years. Dell soaked up one of the first and easily the most popular out-of-the-box gaming lines, Alienware, and domesticated them, bringing them down in price thus making gaming rigs an affordable option for those out there that did not necessarily have the time, knowledge, or patience to build their own machine. Compaq was eventually absorbed as Hewlett-Packard (HP) took ownership, though HP then took time to really assess the market and continued dominating in the home office. In my time I have seen more HP systems in houses than I have any other company out there, largely due to their affordability and ease of access. When HP decided to branch into gaming with their OMEN line, I, like many scoffed at yet another “big box company” tried to break into the lofty and often snobbish world of gaming.

Boy has that changed. With the purchase of a Samsung laptop I became more open to ready-made manufactured gaming rigs and of them all Lenovo and HP have been the most attractive. I have covered Lenovo products in the past and utterly loved them and as such when I started looking earlier this year into new machines, the three manufacturers that caught my eye were Lenovo, HP, and Asus. 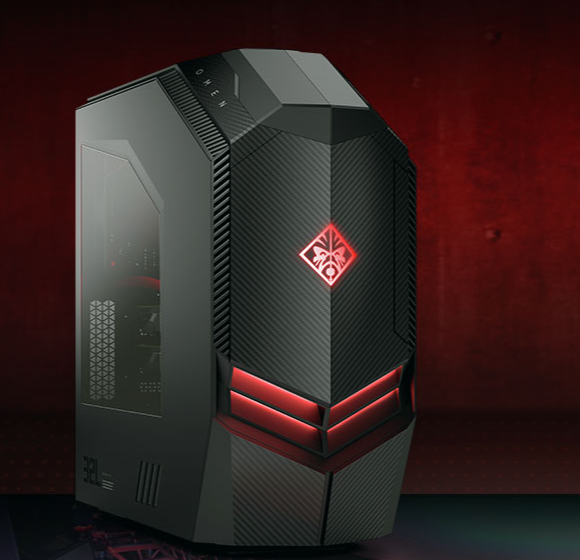 When I am looking for a new gaming laptop (or desktop, the HP Omen desktops are incredibly affordable, incredibly nice looking, and pack a big punch for such a small package; were it not for having to fix my daughter’s teeth after three of them were broken in an playground kerfuffle, I would pick up an OMEN 870 in half-a-heartbeat as it is among the best bang-for-your-buck in the industry) the primary focus is price, but beyond that it is portability first, then power. I have lugged around a 9+ pound laptop, plus university books, and though I felt like He-Man lifting that backpack, it was incredibly uncomfortable. Now, with my back problems, I really need to be conscious of weight so having a backpack, plus nearly 10 pounds of computer, plus another pound for the power brick, plus whatever other necessities I might need to carry can get very painful, very quick. The Lenovo Y520 for one, is nice as it starts out around 5.5lbs and the HP OMEN 15t that I would LOVE to pickup, runs an incredibly respectful 5.66lbs.

The ASUS ZenBook UX510UX, the most expensive of the bunch by upwards of $200 USD, was also the lightest at only 4lbs. The downside to the ASUS is that even though it has an UHD screen at 3840×216, it is running the older (yet still fantastic) nVidia GeForce GTX 950M. Of the three the Lenovo, at the least expensive of the bunch is an incredibly attractive deal, though the HP OMEN which is specifically tailored to a mature gaming audience looking for an affordable yet powerful machine, is also an attractive deal. The ASUS ZenBook is just downright ATTRACTIVE as the shell is simply beautiful, but under the hood is where the issue might lie with regard to longevity. 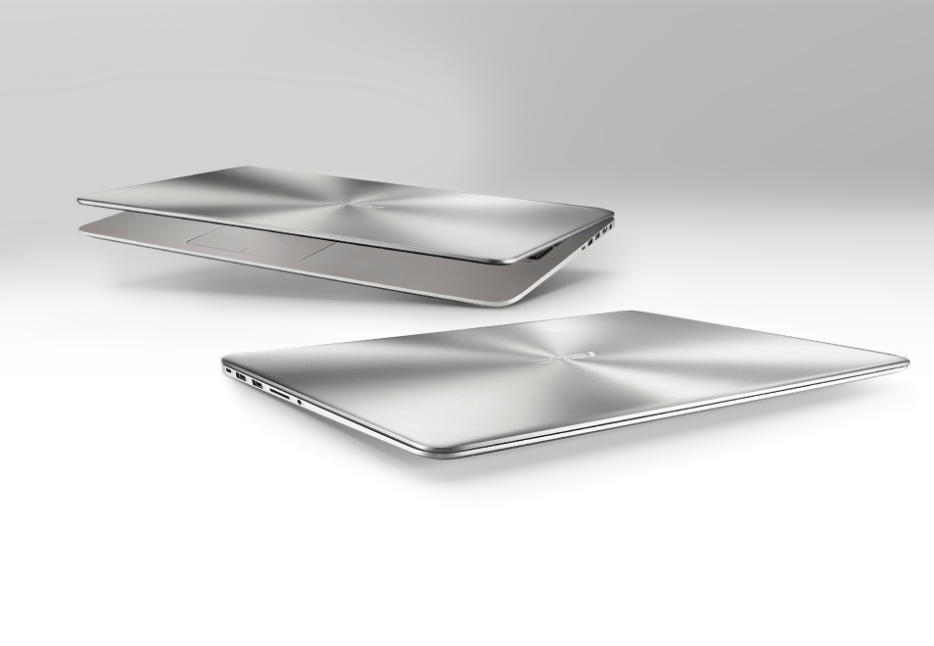 As the prices are all fairly similar, with the HP OMEN starting at $850 USD, the Lenovo Y520 starting at $720 USD, and the ASUS ZenBook clocking in at around $$999 USD it boils down to performance. The ASUS lags a bit behind the Lenovo and the OMEN and when comparing those two, the performance is nearly identical. Given I have owned Lenovo laptops in the past, primarily home office or work-related machines, and I have had hands on experience with their gaming line via my reviews, I am more easily swayed to that brand. The ASUS ROG (Republic of Gamers) line is one I have seen, but never touched (my brother owns/ed one), and the ZenBook is a step-and-a-half down from that but based on its looks alone I am quite interested, even if it does have older hardware in it. That leaves the HP OMEN 15t; it is a brand that I have worked on in the past as my role in IT and Technical Support, but I have never experienced it and if there is one thing that breaking out of my shell and going for the Samsung laptop taught me, it is that sometimes different is good. Though more expensive than the brand I am most comfortable with, it is an excellent machine that has HP’s massive history of industry excellence behind it, even if they were later to the game than other manufacturers. Sometimes patience it far superior to first-to-market.

In completion the most important aspects are again, Price, Power, and Portability. Whether it is a Sauger, Alienware, HP, Lenovo, Falcon-Northwest or any manufacturer that you prefer for your gaming laptop needs, remember that you Power is defined by your Portability and your Price is defined by your Power. So what is next for me? I am not entirely sure, but I do know that it will likely come to a no-holds-barred battle between a Lenovo Y-series and the HP OMEN 15t. What about you? What are your concerns with regard to portable gaming?