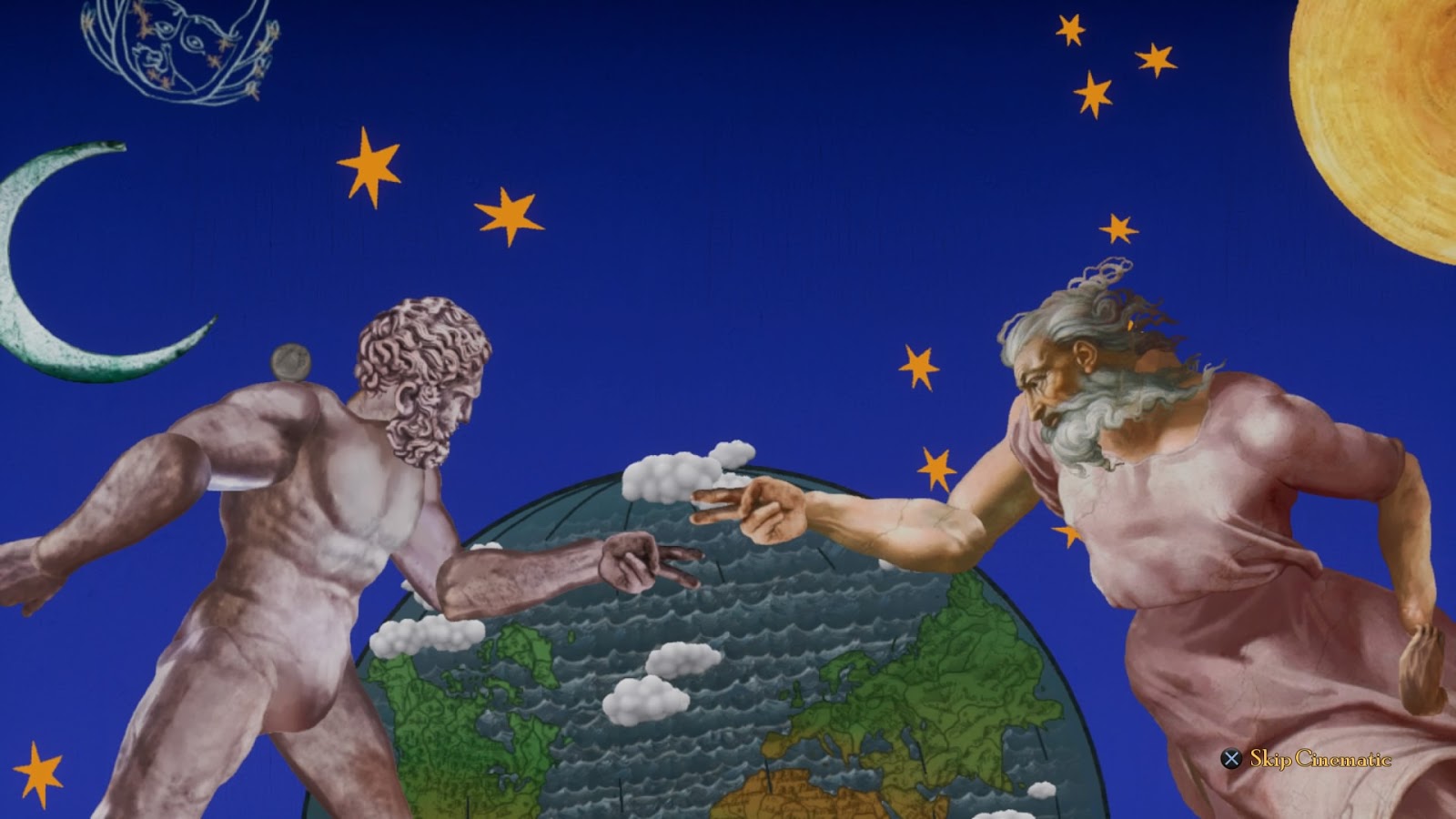 Rock of Ages II: Bigger and Boulder is definitely the weirdest mash-up of games types I’ve ever seen. Imagine a cross between Super Monkey Ball and Tower Defense, with the animation and humor styling of Monty Python and you have RoA II. This is probably the weirdest yet strangely endearing game I’ve played recently.

The basic concept of Rock of Ages is that Atlas (the Greek guy that holds up the Earth), accidentally drops Earth, and then proceeds to run away from God. As he’s running away, Atlas encounters various historical figures, who for one reason or another aren’t happy with him. That’s about it really, but the game relies more heavily on its content rather than its story, although the character intros are generally hilarious.

Rock of Ages has a couple of game modes, and both an online and offline function. The game modes include: time attack, obstacle race, war and for offline there’s campaign mode. Campaign mode has you travel to various locations and face off against your opponents in either a game of war or an obstacle race. The game of war seems to be the basis and the other modes are sort of like offshoots. In the war mode, you and your opponent start by selecting your boulders and your defensive units. You can then place your defensive units on the opponents side of the field and vice versa. 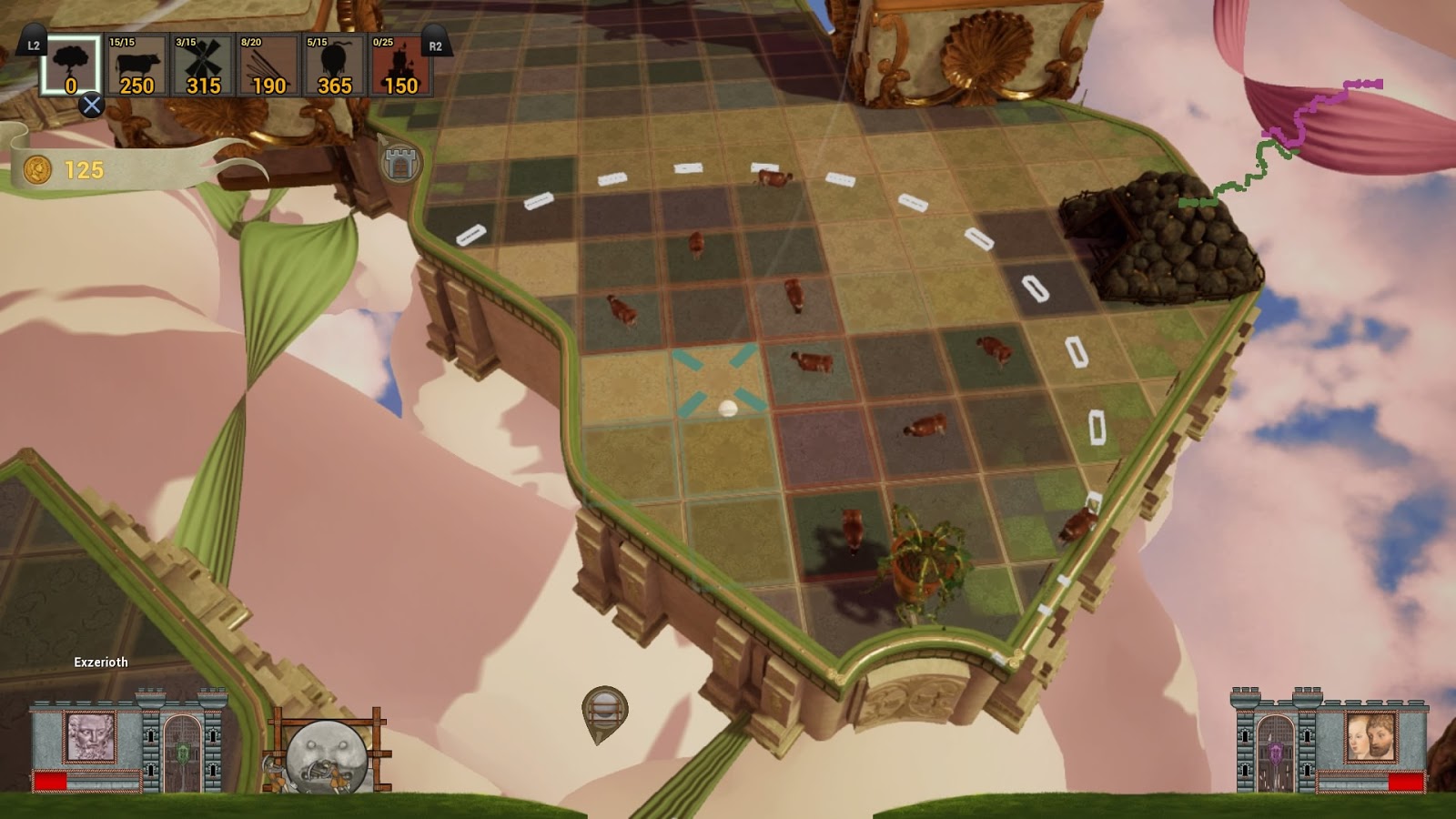 Each unit has a cost, and when you run out of money you need to earn more by destroying your opponents defensive units. You can do this by rolling your boulder (or wheel or brick) down the hill towards the enemy keep. If you smack the enemy units hard enough, you destroy them earning cash. Once you reach the bottom of the hill, you need to smash into the door of the enemy castle. The more health and speed you have when smashing the door, the more damage you do to it. Once you break the door down, you can roll into the castle and squash the opponent.

The obstacle race has you race your opponent to the bottom of the hill. In campaign mode it’s first to three, and more traps and defenses get put up as the round number increases. The time attack mode should be fairly self-explanatory. In addition to these modes, within campaign there are “boss fights”, such as with the Sphinx or the Thinker. While there isn’t a whole lot of depth to the game, there doesn’t need to be, although there is a lot of strategy, such as where to put the cows, or the cannons, or the cows, or the lions-attached-to-balloons, or the cows. Have I mentioned the cows? They’re sticky cows. They attach to your rock and make your roll path all wonky and slow you down. I liked the cows. Adding to your strategy, you can bring multiple boulders into the match with you, and they have different stats and prep times before you can roll them down the hill.

There are a bunch of different courses, each with their own unique setting and “theme”. For instance there’s one with windmills that you need to hop the blades, or one in the desert with quicksand pits, or one where you start at the top of a volcano and roll your way down. There’s always something new and interesting to see, and most of the time the match lasts just long enough that you’re happy with the round, but not yet getting tired of the stage. The best part for campaign mode is that even if you lose, it still counts as “completing” the stage, so you can keep progressing even if you aren’t that good or if you haven’t unlocked the units you need or want in order to win. It can also be co-op, so you can have two balls and once rolling down the hill, two times the units, TWO TIMES THE PAIN. 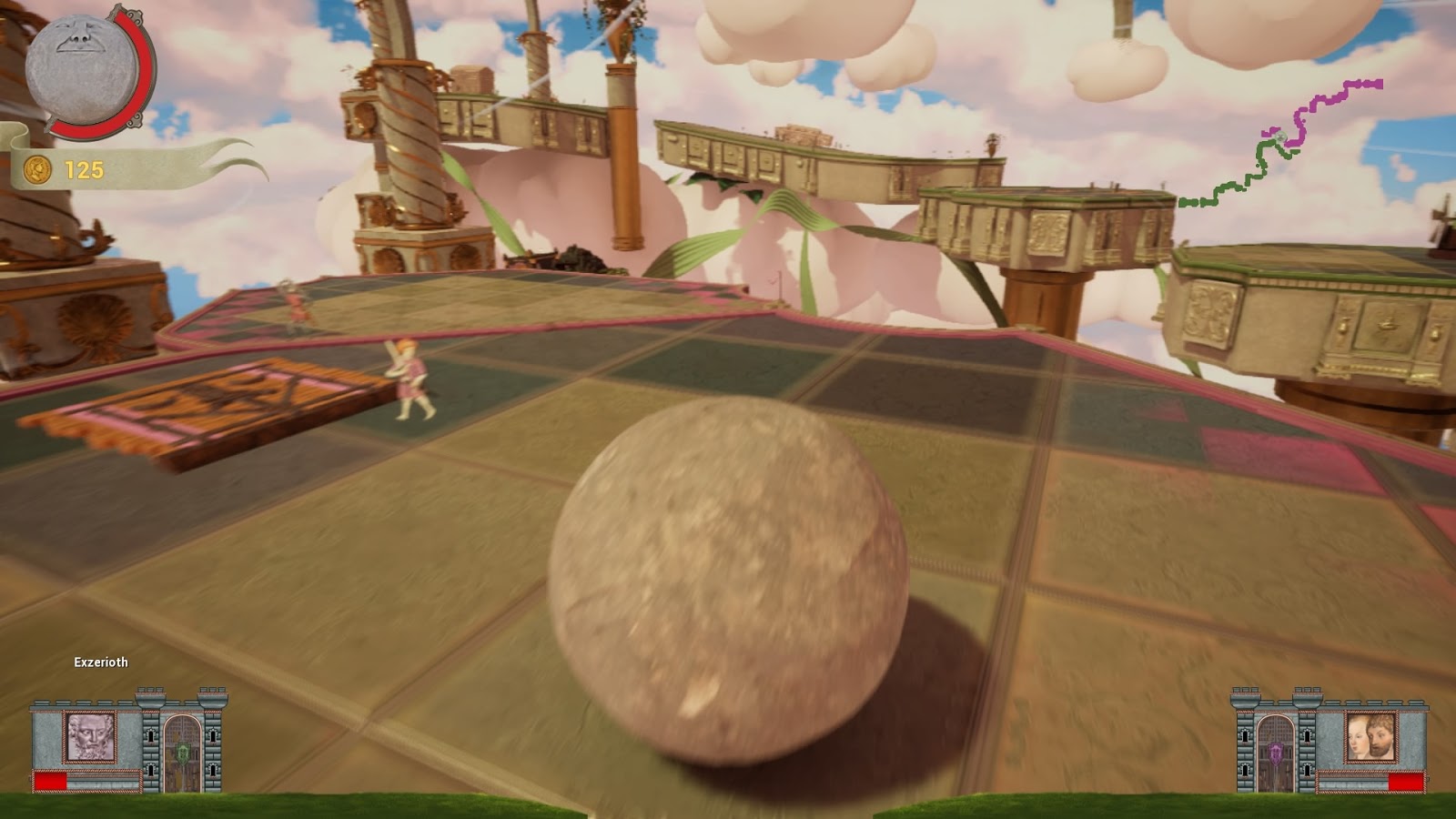 The only real complaint I had was that sometimes the enemies seemed a little unfair with their units, although I’m sure if I was in their shoes I’d be swearing at the 12 herds of cows right before a big jump that I can’t make anymore due to a “bovine blockade”. Also, progression in campaign mode seems to be dictated by the least progressed player before starting, yet will duplicate to anyone else playing. Basically, I was halfway done the campaign, got someone to join in, had to restart the campaign, didn’t get my solo progression back, not that it was a huge deal.

Rock of Ages doesn’t take too long to finish, whether you’re playing a single match or the campaign mode, but you’ll have a lot of fun doing it. The stages are bright, vibrant and unique, the game is generally fast-paced, and the art style and humor is great. They even threw in a Pokemon parody for a character introduction. The music is all remixes of classic tunes, which I thought was amazing, and I enjoyed every moment of my time with this game. If you’re looking for something a little quirkier you can play with friends, this is definitely a choice for you to look into picking up. 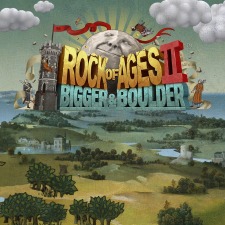