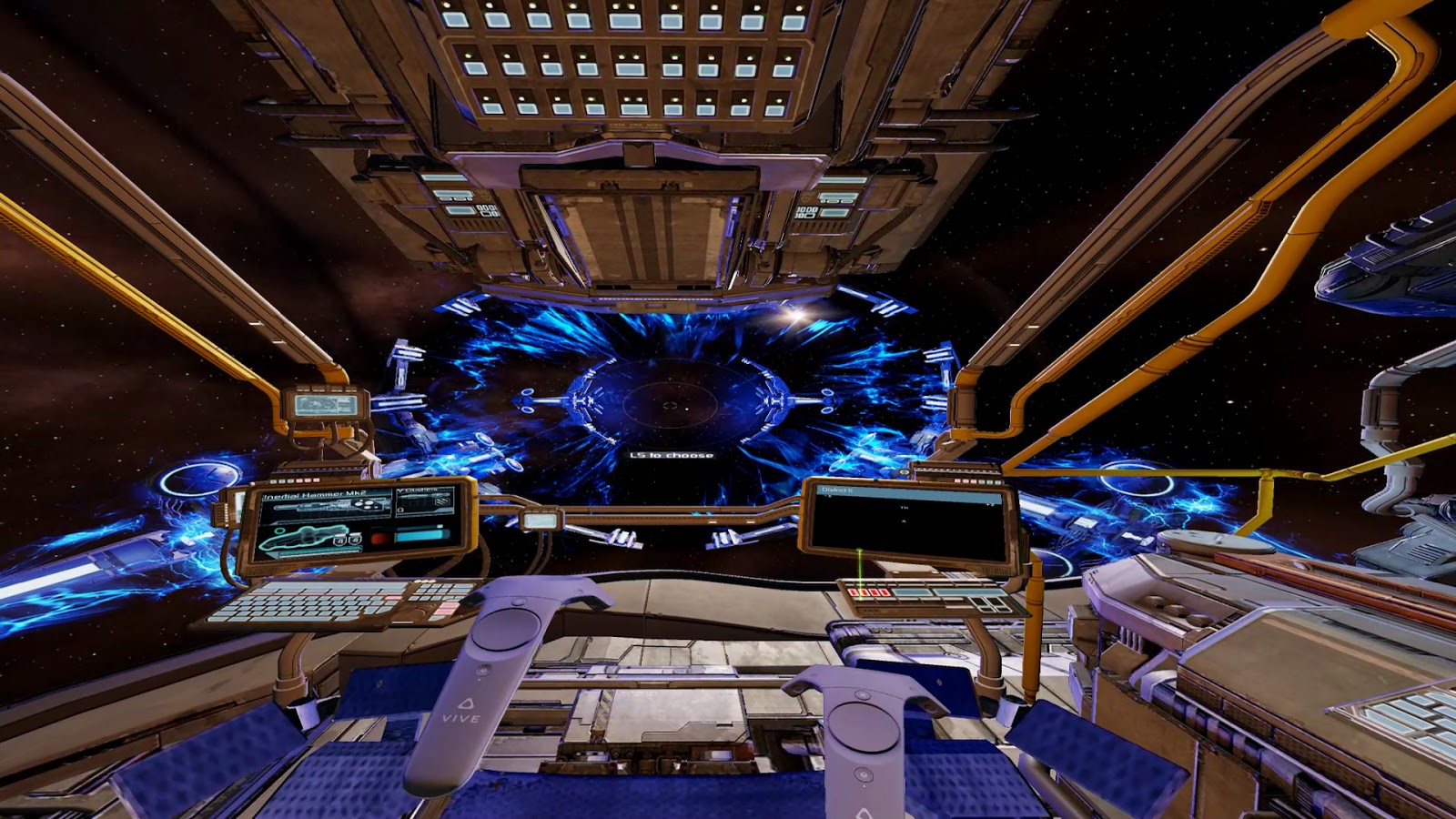 While I myself am new to X Rebirth, Robert had a chance to review the core game some time ago and came away pretty impressed with it. While still an Early Access title, X Rebirth VR Edition is shaping up as a really solid first VR effort by Egosoft and should provide fans with a new and immersive window into the series’ universe.

So what is this game about? Well, we’re looking at a large sandbox style of game where you build ships and space stations and try to participate in a universal economy. That’s sort of the big picture view, though it does have a story around Ren Otani who early on is trying to rebuild a ship and find new opportunities to explore. To be fair, games that are this open do not often have really tight stories, but the narrative so far is pretty thin here, and is one of the areas I hope that the team can improve on as they get closer to a proper release.

However, as a sandbox title that encourages you to jump around the universe and steadily grow your resources and shiips, X Rebirth VR Edition is actually pretty cool. Their approach is not particularly novel, as it essentially plops you into a cockpit and has you controlling things from a first-person perspective. This makes X Rebirth VR Edition somewhat of a natural fit for virtual reality (the same reason shooters and horror titles tend to make their way to the platform – first-person views that can better immerse the player). The gesture controls work pretty well, though they do take some getting used to. A bit more visual feedback on them would certainly help smooth the process out down the road, but they are completely functional. 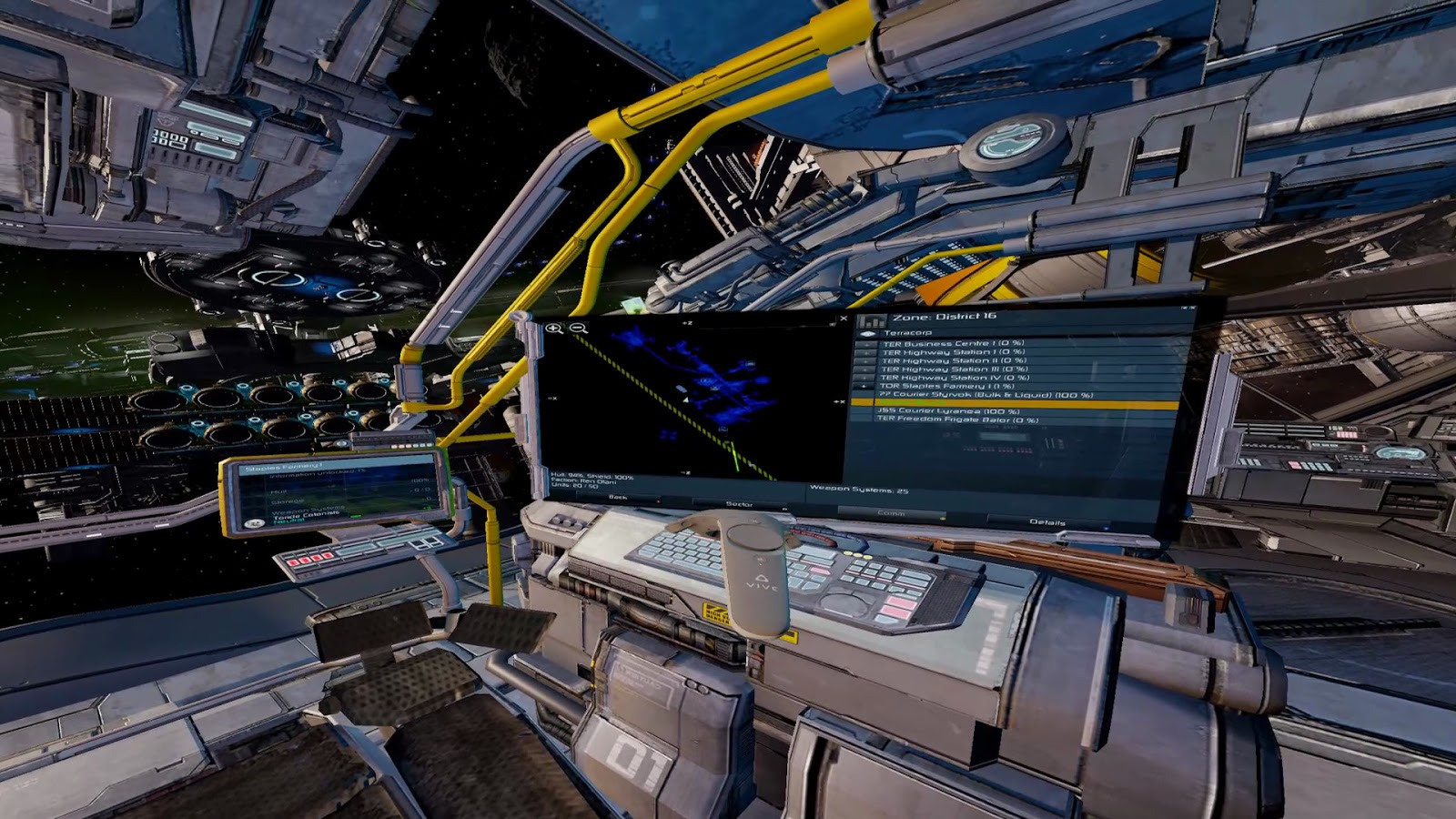 When X Rebirth VR Edition is at its best, it is allowing me to just take in the scenes around me. Some of the space stations are pretty spectacular looking, and like some of the other space simulation titles out there in VR, it really is easy to lose yourself in simply looking around. Battles are a bit more hectic, as you would expect. They work well enough and provide some nice contrast to the times you are just flying about using Jump Gates. I was actually pretty impressed with the performance in these scenarios, though I did notice some performance drop at times within stations.

Also, maybe it is just me, but the movement within the stations is a little odd. Shuffling from side to side feels brisk, but the actual act of turning seems oddly slow. Perhaps that is intentional to help prevent the possibility of VR sickness. Given the amount of movement within the game, I never bumped into any level of VR sickness, so while some of the walking and turning within the stations can feel uneven in its pacing, the devs have done a great job making it smooth to experience.

Along the way a variety of missions can be picked up, and they seem to serve as the primary carrot to be dangled in front of you that keeps you exploring and performing objectives. It works, but again I’d like to see a somewhat more robust narrative come out of the game. Still, at the end of the day, X Rebirth VR Edition is off to a pretty solid start. It is a preview title that still has plenty of room to grow and add polish, but it feels like Egosoft is onto something here with a lot of promise. I am excited to see where the game winds up when it fully releases. 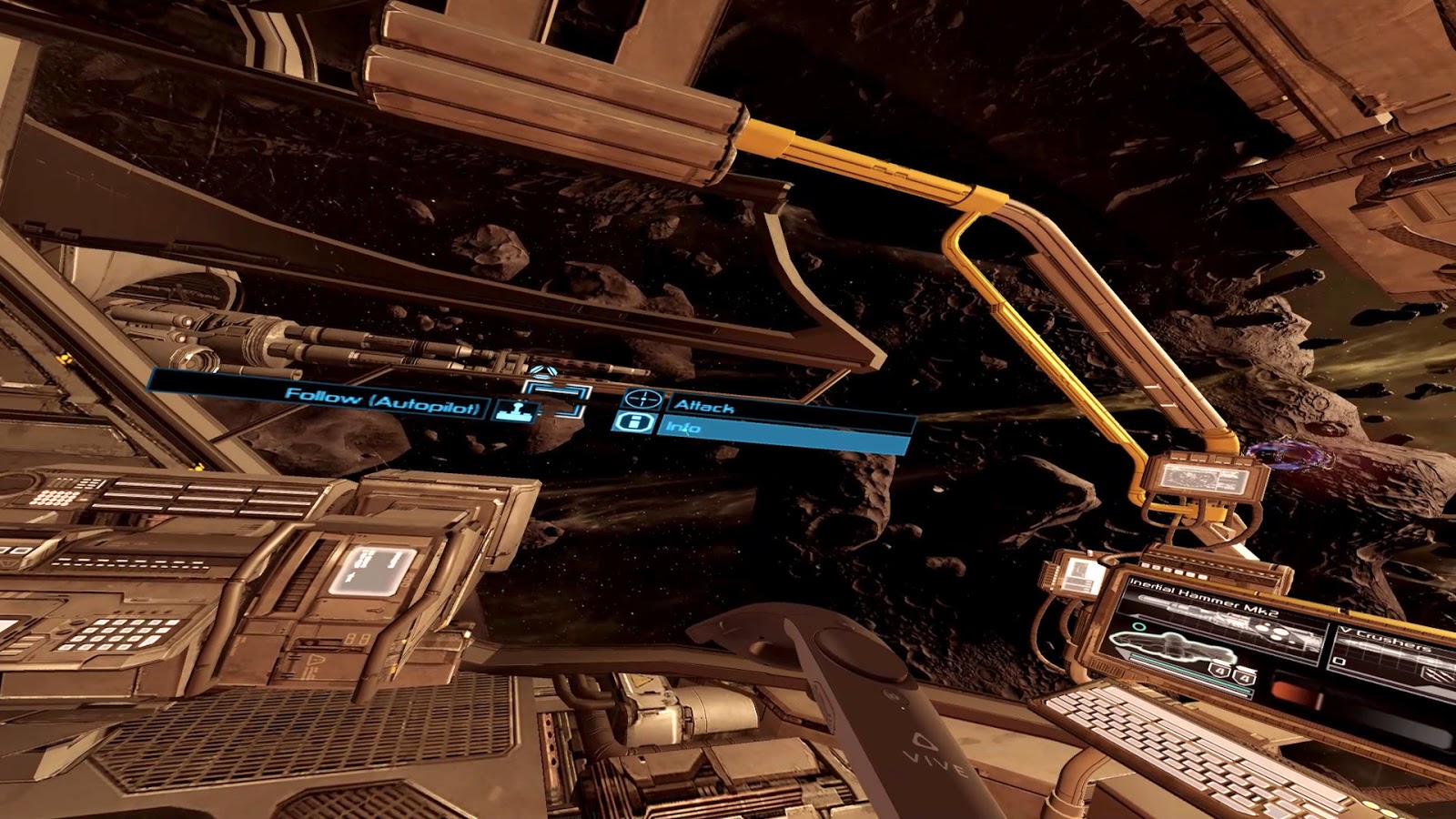