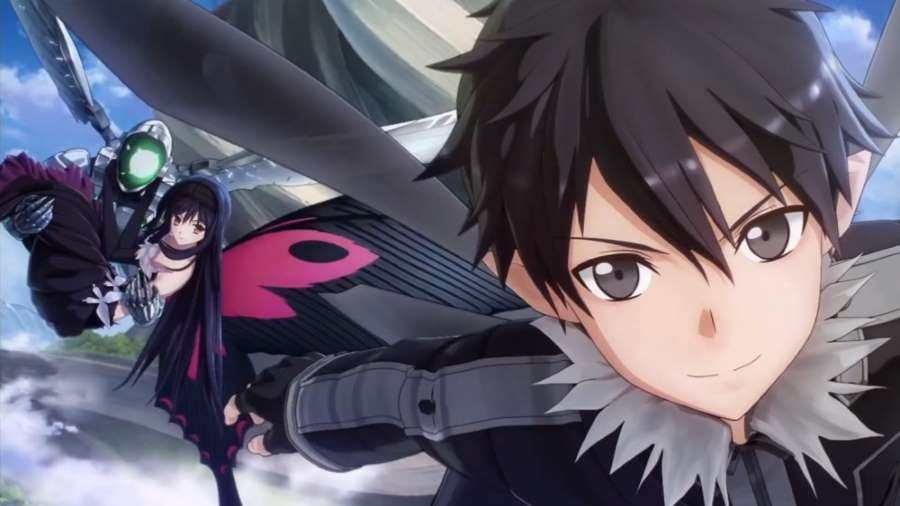 Two anime/manga/light novel franchises come together in Accel World vs Sword Art Online in the form of an action RPG that has an interesting premise and gameplay, but is severely lackluster as a port. While AWvSAO may have a solid basis in gameplay and environment, at least on the PC it’s bogged down by a lot of lag and the often-times infuriatingly stupid enemy AI.

To start off with, I’m going to light a small (hopefully) fire here in the comments by saying that I really don’t like Sword Art Online, like at all. I found the general premise okay, but the vast majority of the time I found the protagonist, Kirito, unbearably annoying. On the other hand, I was a huge fan of Accel World, which is a bit odd since they’re both written by the same author. On that note, if you haven’t read the light novels for Accel World, expect to be rather confused by probably a bunch of the characters, although I believe you’ll be rather okay on the Sword Art front if you’ve kept up with the shows/movies. The basic premise in this mash-up is that the “Brain Burst” VRMMO from Accel World has invaded the past VRMMO world of Sword Art Online.

This is basically done in the form of having Kirito/Asuna’s AI surrogate child like existence being sealed into a tower by the “Witch of Twilight” Personal Vabel. After a brief altercation between Kirito and Black Lotus, Kirito, Asuna, and Black Lotus decide to join up to figure out what the heck is going on. I’ll be perfectly honest here, the plot feels very biased towards the Sword Art characters and environment, with the Accel world characters just sort of included. The plot isn’t exactly winning any awards, but it does what it sets out to do, and if you don’t guess the identity of Persona Vabel as soon as she’s revealed, at least you’ll be a little more pleased with the storyline. 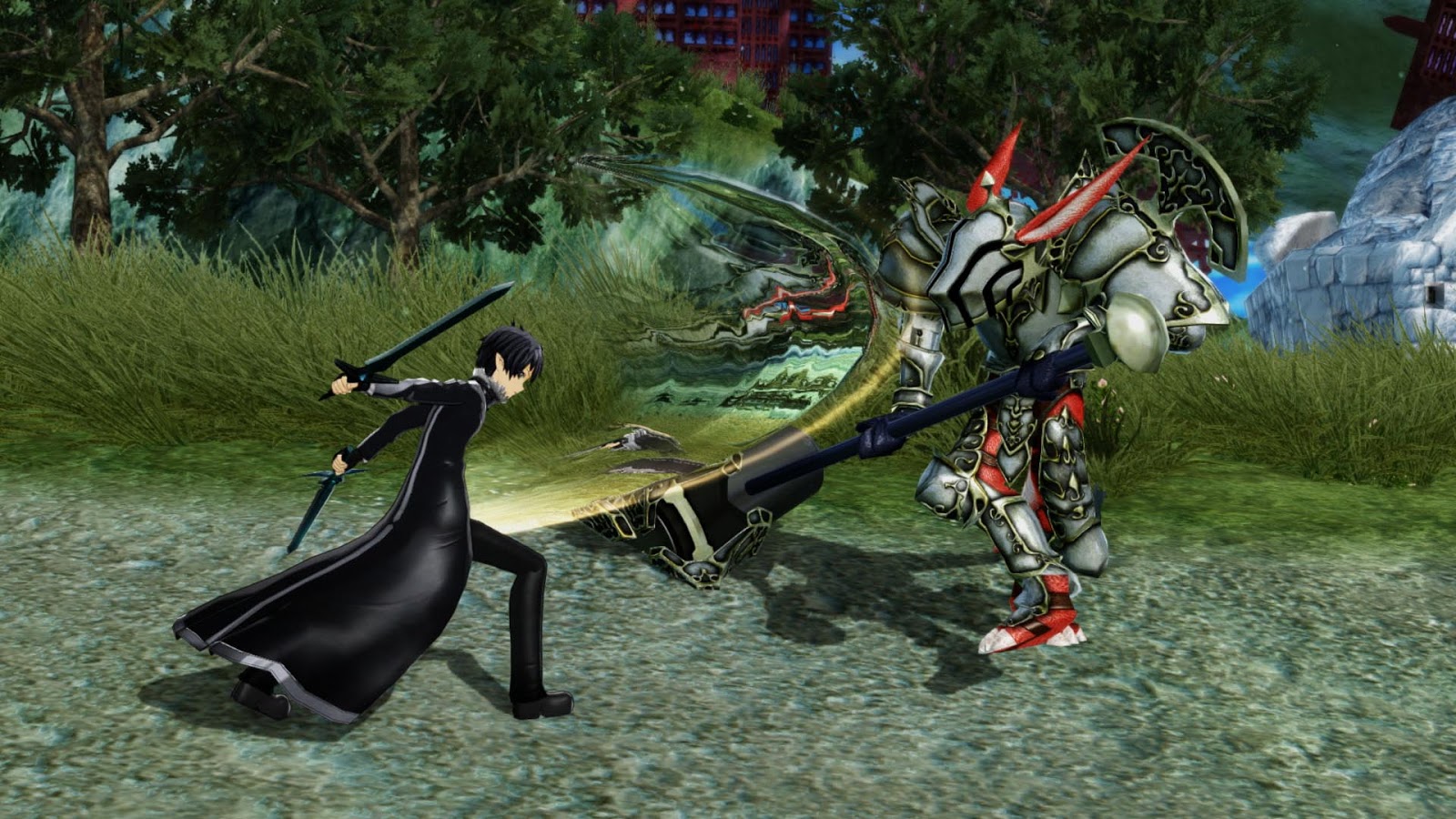 In terms of the gameplay elements, we’ve got a fairly common MMO-like style: you have the standard HP bar, an SP bar, and a stamina bar. The SP bar is used up with skills and the endurance bar is used for sprinting and such actions. Up to six skills can be assigned per “skill box”, and there are four skill boxes, giving you a lot of opportunities to either set up different boxes that you can switch between as needed, or to set them up as different “sets”, i.e. a healing set or dps set. While the characters from their respective series act similar, there are differences between the Accel World and Sword Art characters. For one, the Accel World characters generally can’t fly, so instead they have a super jump and a flash step that positions them in front of their target. The Sword Art characters, at least from what I could tell, tend to deal less damage and are a generally less powerful, but make up for it in maneuverability, whereas the Accel World characters are strong, but dealing with elevation changes can be a nuisance. You can bring up to three people with you into combat and can switch between them to fit whatever needs you see fit.

One of the most interesting mechanics is the flight ability. As a SAO character, you basically have full 3D movement through the field, which is really fun. On the other hand, this brings midair battles to the field, and normally these go rather well, allowing you to attack from below or above as necessary, but occasionally you’ll get those enemies that have no desire to fight, and will instead either infinitely circle strafe you, or only go up and down, which makes hitting them infuriatingly difficult. The game also introduces a crafting/upgrade/synthesis function at the in-town blacksmith, as well as two distinct currency systems that each have their own use. Yuld, from SAO, is what I would call the “main currency”, as it is probably Yuld that you will be using to purchase most of your materials and weapons. BP, from Accel World, is used for upgrading the gear for the characters from Accel World, as well as various other things that get unlocked through quest progression and story. This brings me to two of my major gripes about AWvSAO: the quests.

Most quests are either taken at the quest board as either bonus missions or character side missions. Most of these are fine, if not a bit lengthy for the standard amount of items you need to collect or sheer volume of monsters to kill, no the problem lies on two fronts: search and location. Search quests have you finding a glowing point and examine it. No problem really, if the game gave you a general direction to look in. Or at least a height. Thankfully all of these are at identifiable locations. Except that one story quest that has you finding the correct warp portal. Out of six. With no indication where they are. Four wrong portals and an hour and a half later I got fed up. So now you might be wondering about the “location” part of my complaint, as it seems I’ve already talked about locations. Well, I mean actually accepting the side quests. Half the time I couldn’t get the quest accepter to load, or they wouldn’t talk to me, or they would spontaneously disappear, so I gave up on those in the end. 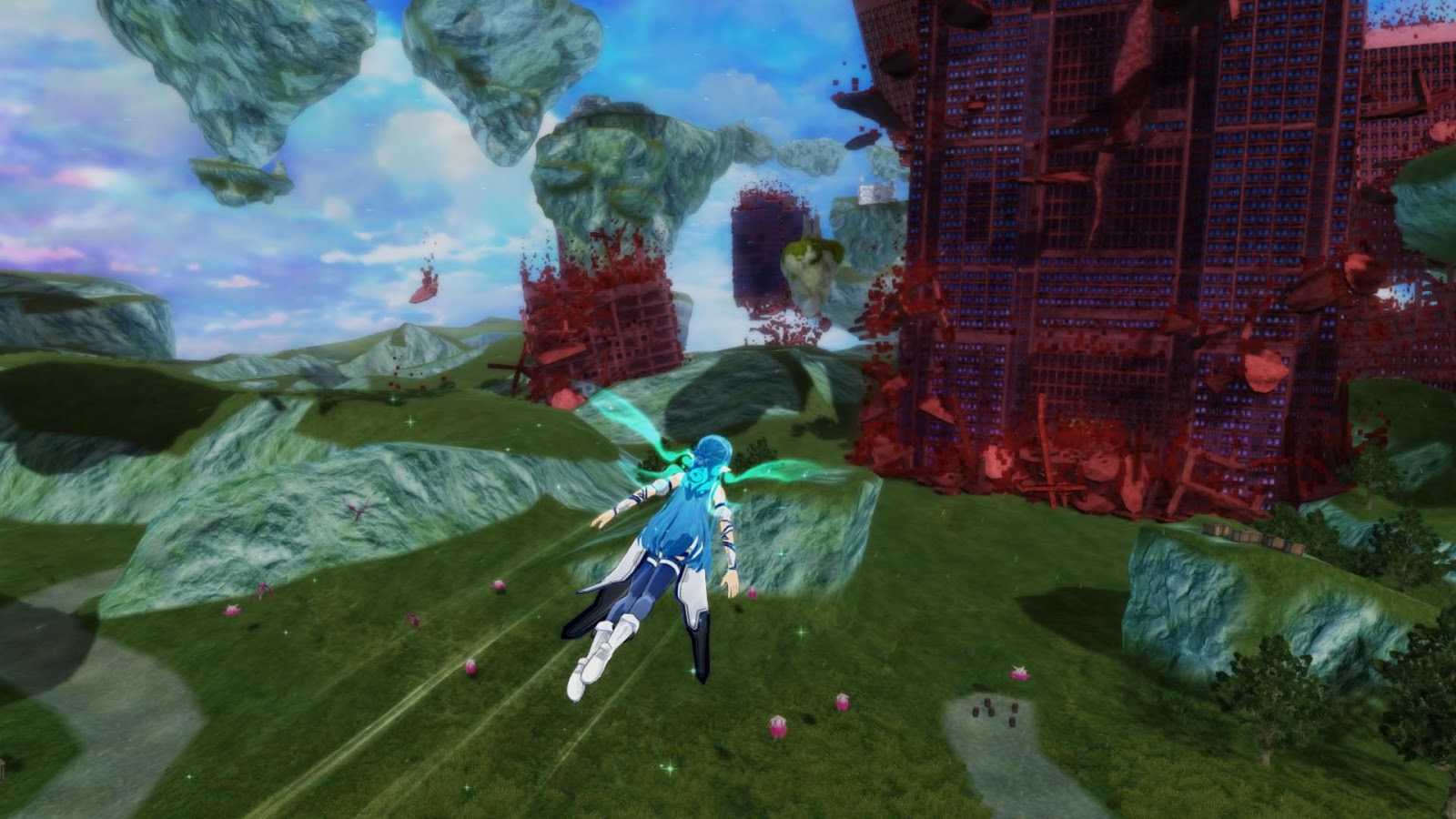 In regards to combat, I found the game was one of two things: pathetic fodder enemies for increasing you skill levels, or bosses that would beat you to pulp with your own tears woven into a baseball bat. Shout out to Scarlet Rain who almost made me cry. Thankfully, your teammates seem to come equipped with enough healing items to make you feel like one hell of a leech, and they actually aren’t all that dumb, although I found them to enjoy launching enemies out of my range mid combo. While the inclusion of skill levels is an interesting choice, and probably helps balance the difficulty curve somewhat, I found most of the skill system to feel really forced, as if it was thought out, but not enough time was put into actually planning it out. The game does support an online mode, both co-op and PvP, although I didn’t do too much as I felt like the game lagged so badly that any PvP attempts would result in my opponents thinking I was plugged into my grandmas potato garden instead of a solid internet connection, even the lag wasn’t internet connection based. Speaking of lag, I found the game to consistently run at about 40 and 60 FPS. At the same time. I would get half a second of 60 frames, then half a second at 40 frames, and it would consistently switch between the two. Additionally, the game would have major slow down at times when enemies spawned in, or character models, making for a really choppy experience.

Oddly enough, I found the lag to be reduced when I played in fullscreen mode using a TV through an HDMI cord and a controller, although I couldn’t for the life of me explain why that should even work. The worst part about this port however isn’t anything to do with the game itself, the “launcher” that you “have to run” to get the game going is insufferable. Despite having met the system requirements, the launcher was insistent that I hadn’t. In the end I had to trick Steam into bypassing the launcher to just run the game directly to even get it to work. And the “errors” that I got sometimes were absolutely ridiculous. During the first chapter or two of the game, I encountered two major errors that happened a few times. The first was a “graphics card compatibility” issue that happened a few times, and the other was “your graphics card has been removed during use” error. And no, I’m not making that second one up. Apparently, someone on the dev team decided that removing the graphics card while it was being used was such a big issue that it warranted not only a system check to see if it has been removed, but its own personalized error message. 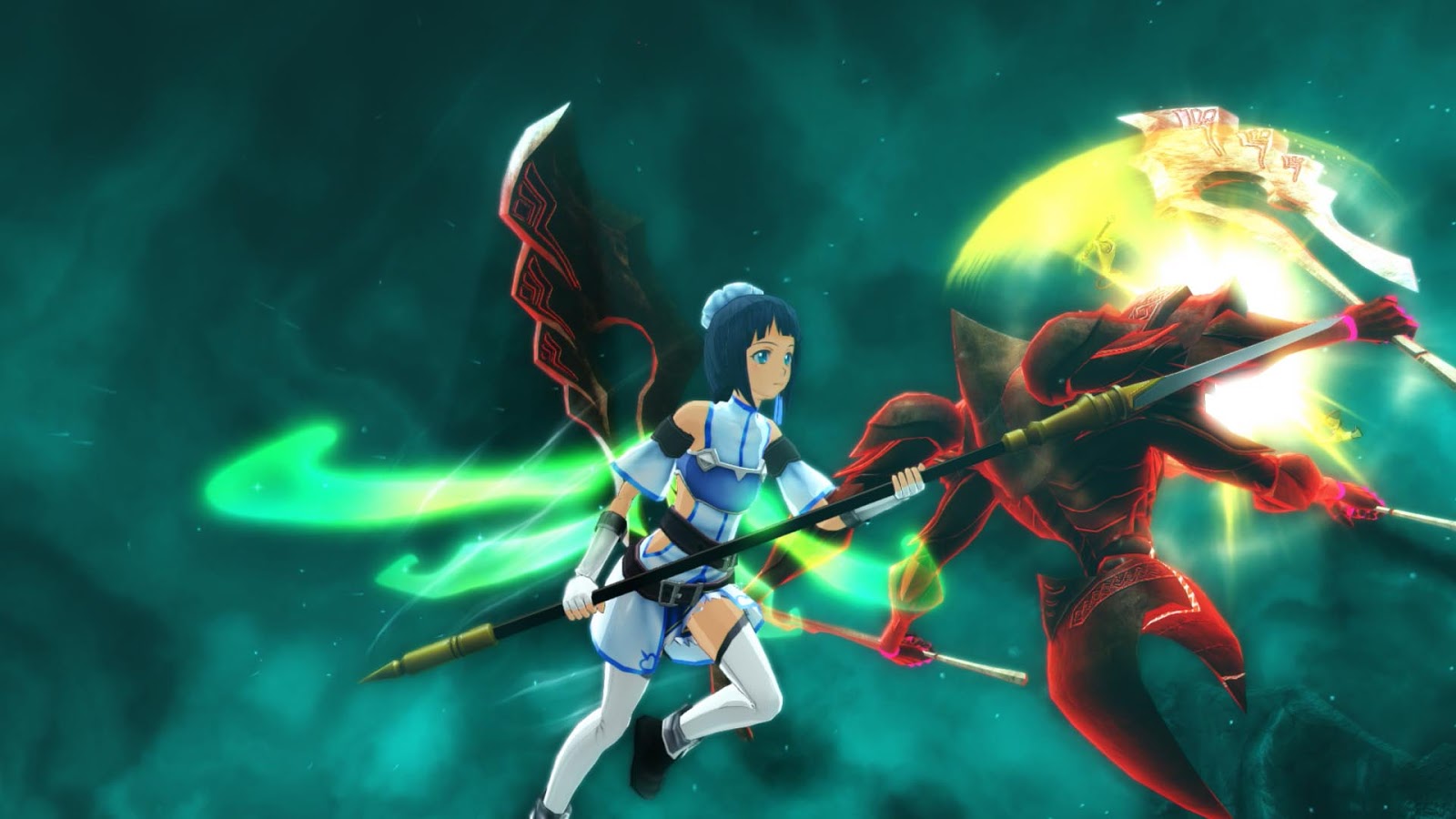 Overall, the best way I can think to describe the PC port for Accel World vs Sword Art Online is: a nice premise with a poor execution. Everything is there to make it a potentially really good game: the battle system is solid, there are more characters to choose from than you can shake a stick at, and there are enough interesting mechanics to keep you hooked. Yet the game is bogged down by laggy or unresponsive controls, framerate issues, and an extremely unfortunate launcher. Playing this for PC has made me really want to pick it up for PS4, although lacking either a PS4 or PSVita, the PC port would make at least an adequate substitute. 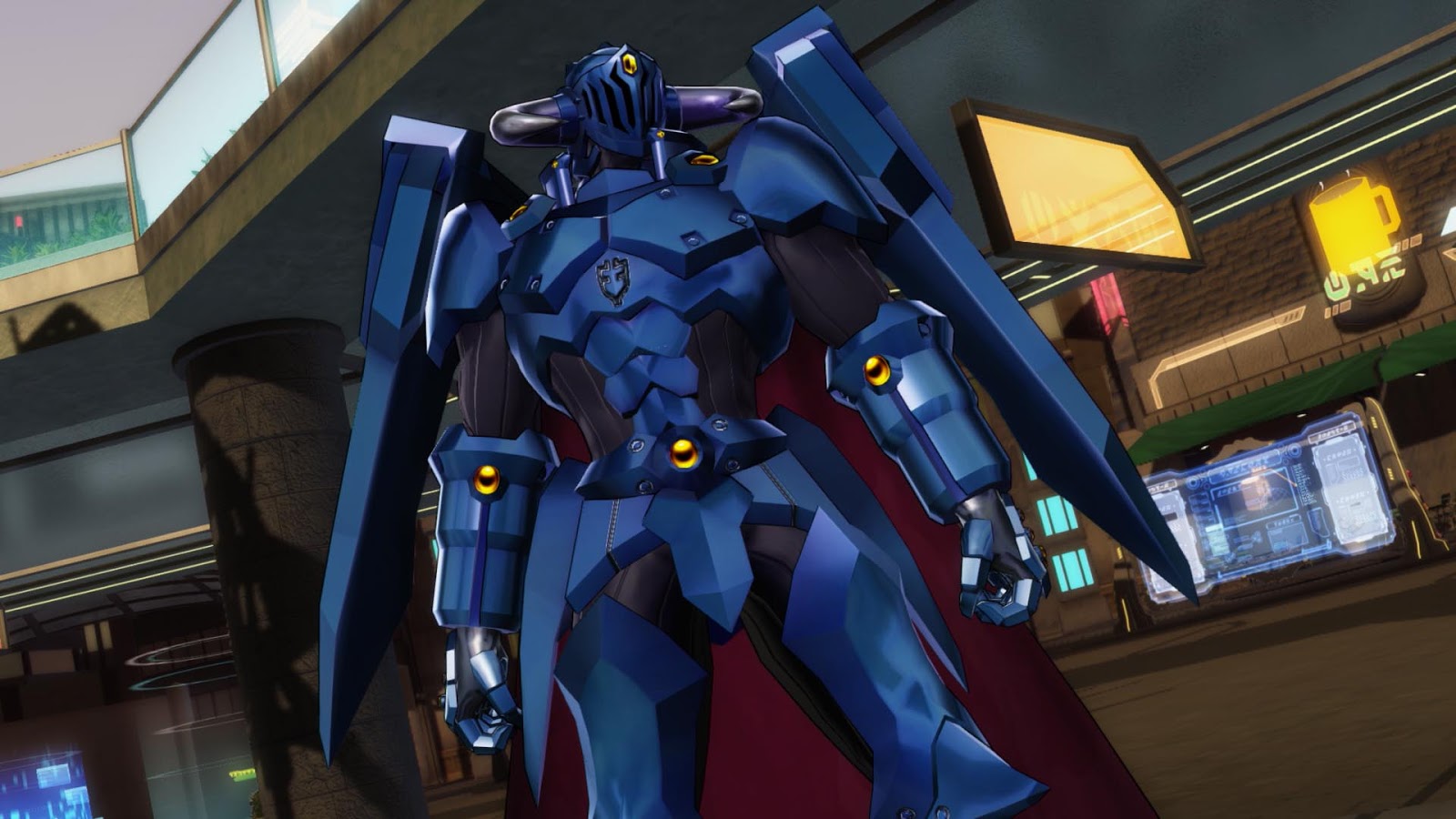 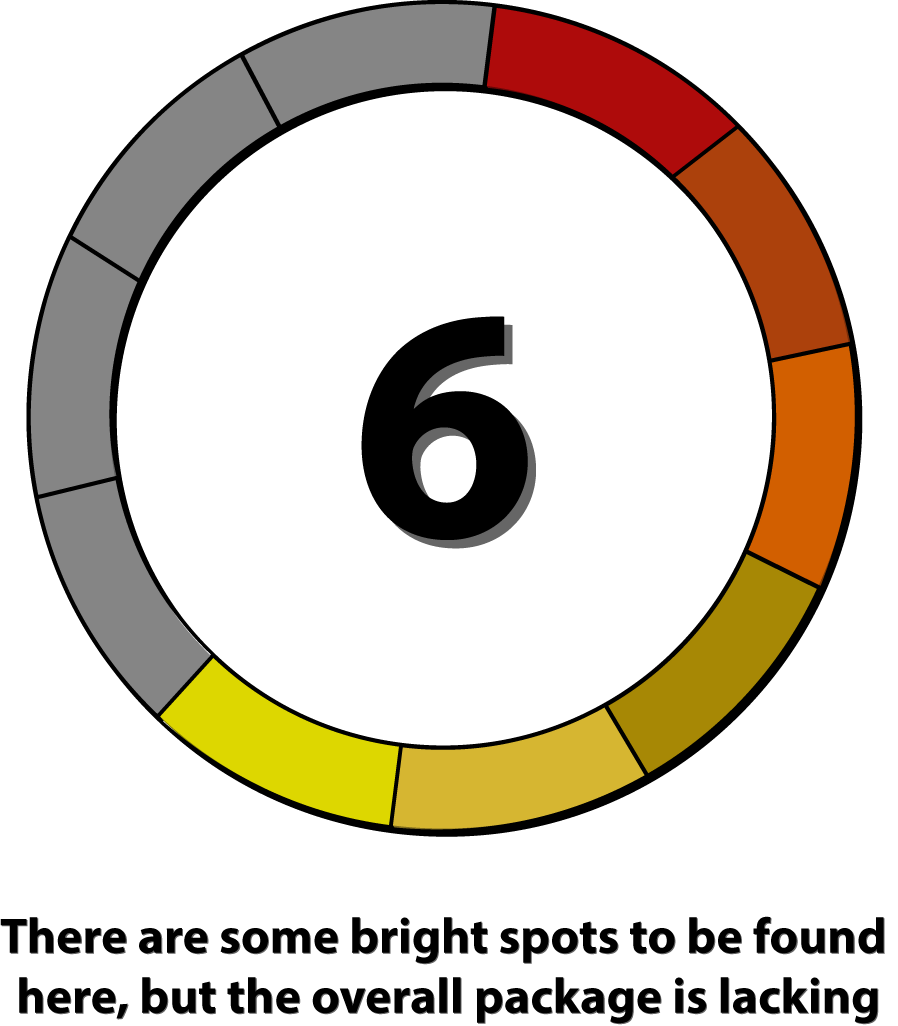