The Batman animated series from the nineties was one of my favorite shows. Its introduction alone is a masterpiece of direction, montage and music while its episodes had excellent narration, memorable villains, plenty of action and a dark atmosphere. I admired Bruce Wayne for sacrificing his personal life to protect civilians from insane criminals but I also felt sorry for his loneliness. Batman Vengeance is based on the animation series and features the Joker as the main villain. Naturally, Gotham is at stake and the hero must uncover Joker’s plans and save the city. Since the Caped Crusader never kills, he relies on his superb fighting skills, resourcefulness and advanced equipment to face the deadly clown’s numerous challenges and emerge victorious.

Starting with the game’s positive aspects, the graphics are impressive and look like the animated series. There are big rooms, long, flat surfaces and a color palette with a lot of grey, which give the game a unique appearance (personally, I thought of Oni while playing). This is minimalism at its best, as each place does not have many details or objects lying around, however, locations such as the rooftops in front of a crimson sky, the frozen laboratory or a chemical factory overrun by lethal plants have a special atmosphere. 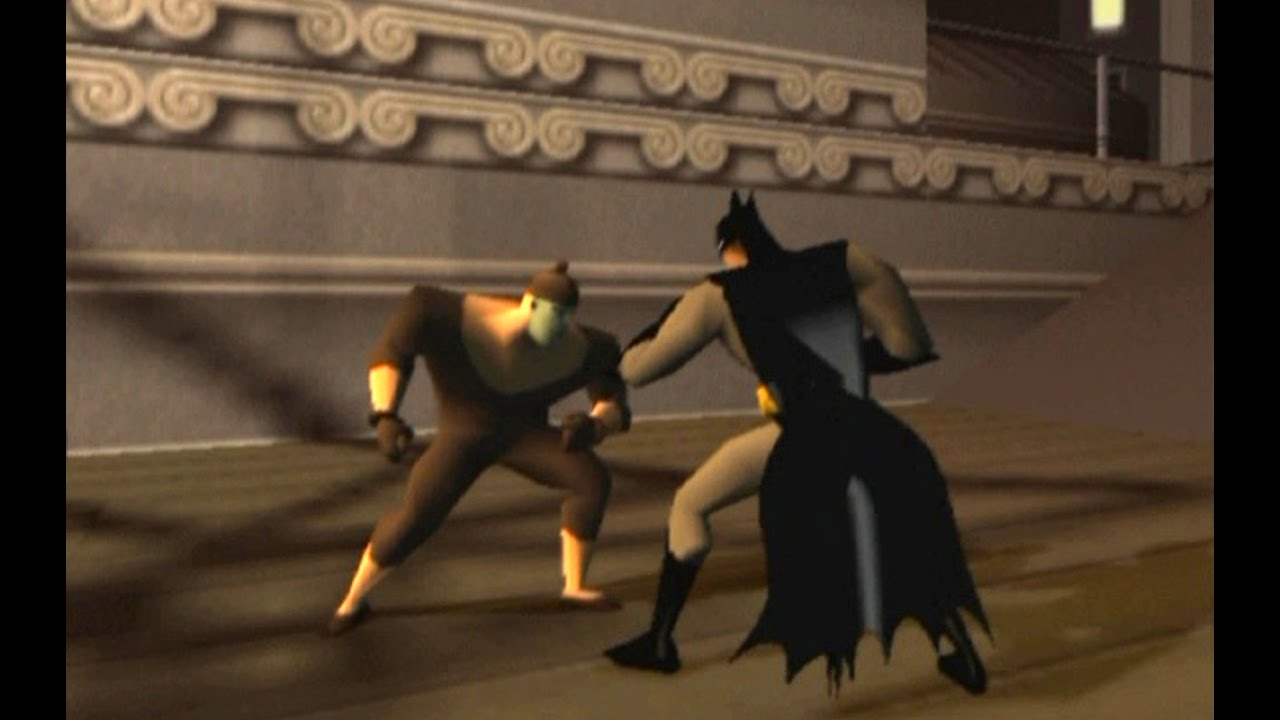 The plot is interesting, since it involves famous villains from the series: Poison Ivy (my favorite), Mr Freeze and, of course, the Joker, along with Harley Quinn, his cute, crazy companion. Unlike the series, the game has little drama, however its story evolves as the Dark Knight follows clues and saves people in danger.

The voice acting is great, with actors/actresses making each character sound like a real person. Batman, in particular, sounds serious, determined and intelligent, while the Joker or Harley’s totally different personalities are shown by their voices.

Concerning the gameplay, it consists mainly of platform action and fighting. Beating thugs with fists and kicks never gets old and there are special moves too. One of them, a vicious uppercut, is available from the beginning while the rest of them are unlocked based on your total score (you are awarded points for finishing stages). Also, to perform a special move you must fill a charge meter by fighting. The charge meter is emptied when you leave combat but it is refilled quickly once you start fighting again. Special moves are nicely animated and are essential to beat the bad guys quickly. Another technique necessary against tougher foes, mainly Joker’s huge thugs, is blocking. As for the platform action, it is about jumping, climbing and using the grappling hook at predetermined spots to reach higher platforms. Jumping from an eagle statue to a distant roof while running after a villain who has kidnapped a woman or shooting the grappling hook to climb on a giant mushroom (at Ivy’s stage) are things you must do to progress. 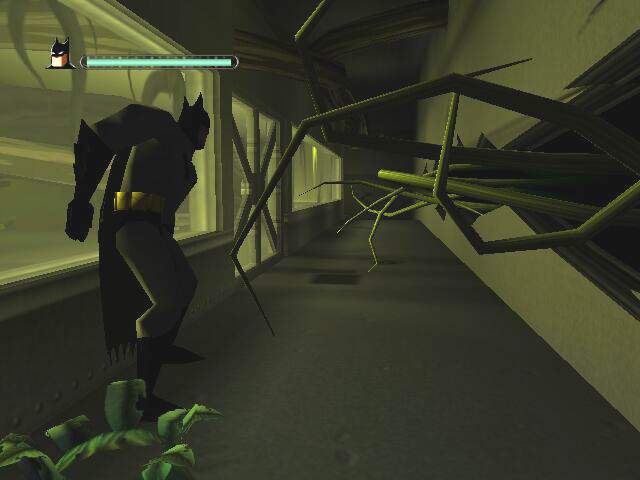 Driving stages are also available, adding more depth to the action. With the batmobile you avoid traffic, shoot spikes at an enemy vehicle and take tight turns with a larger version of the grappling hook. This reminded me of the 1989 movie and the game based on it. The stage is short but fun and I liked how it demands from the player different skills from those needed at the third person fighting stages. The batwing mission was not that good though: it was cool to fly between Gotham’s skyscrapers but crashing on lamp posts and metal signs was annoying.

On the other hand, the boss battles are entertaining: to win you must use the environment to your advantage, each encounter is totally different and the game provides you with the equipment you need. For example, you need batarangs (projectile weapons) to beat Ivy’s plant monster, so, there are respawning boxes with batarangs on the platform where you fight. Other things I enjoyed was shooting nets at the lady soldiers of Mr Freeze, who are dressed with heavy coats, hugging the wall to narrowly avoid deadly plants or dive from a bridge to save Harley from drowning. Lastly, when you die you restart at a checkpoint with restored health, so, it shouldn’t be impossible to finish the adventure.

Unfortunately, the game has two major flaws that prevent it from becoming a classic. The first flaw concerns your equipment: you start with only a few batarangs and must search around to find more stuff but I always felt I needed more. It is impossible to knock down enemies with batarangs (except for Ivy’s plant humanoids, who are vulnerable to electric batarangs), flash bombs are useless, nets, charge bombs and stunning projectiles are very rare and handcuffs are much fewer than your enemies (more about that later). 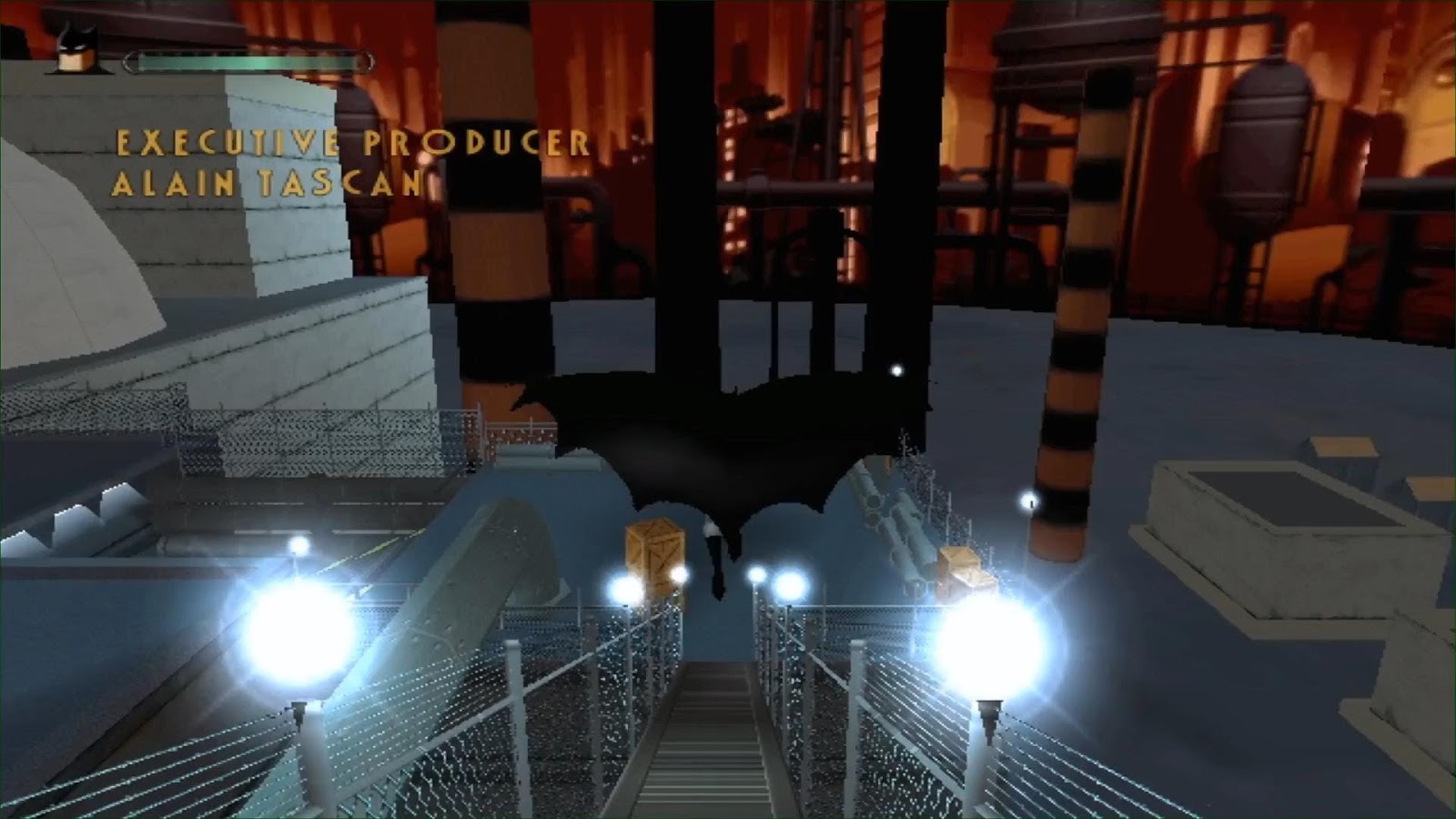 The other disadvantage is the existence of many spots where you die instantly if you make a slight mistake, in combination with the lack of a quick save. This becomes painfully obvious at the Gasworks stage, where there are a hundred ways to fall (and die) in toxic wastes because of the sadistic level design, the abundance of thugs who shoot at you from a distance and the lack of gadgets. Every time you die before the first checkpoint you restart the stage, which is frustrating.

Other annoyances are Batman’s inability to climb on objects where he should be able to climb on easily, an awkward button configuration (you jump and kick with the same button, there is only one button for cycling through your gadgets) and, more importantly, the fact that thugs rise again after you knock them down unless you handcuff them. I was fighting two goons, defeated the first one (thankfully they don’t attack simultaneously, otherwise I wouldn’t stand a chance) and by the time I beat the second the first one had already recovered!

In conclusion, Batman Vengeance has many good ideas and impressed me with its presentation and variety of action. However, gradually my enthusiasm faded as I faced obstacles that I shouldn’t have to face. In the series, or the comics, I don’t remember the Dark Knight struggling against normal humans who rise from the ground repeatedly as if they were zombies or watching his every step in order to avoid falling in toxic waste or some chasm. And certainly I cannot imagine him setting out on a dangerous mission with an empty utility belt! Generally, despite the game’s good production values, playing as Batman was not as cool as it should have been. Batman should be able to fight multiple thugs at once with ease, shoot the grappling hook to climb wherever he wants to and have an abundance of gadgets at his disposal. Wait, this happens in the Batman Arkham series. Perhaps I need a new console, after all… 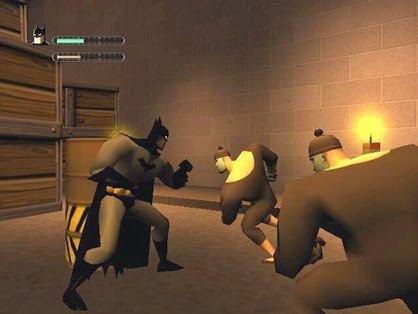 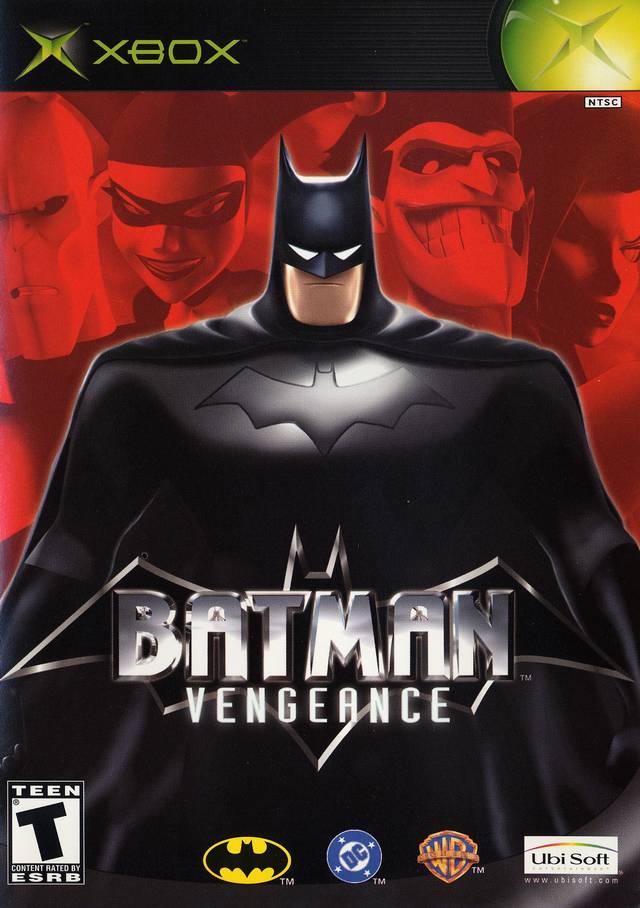