Roguelikes and Hack & Slashes are nothing new together (Zombasite) but Pylon: Rogue puts a lot more emphases on the Roguelike elements as once you kick the bucket, that’s it. Start over. With only unlocked items remaining available to purchase in the shop, you’ll have access to a total of four characters and different weapon loadouts in order to try to beat bosses and beat the game before the monsters beat you into your xth grave.

If you ask Marc, I suck at this. I died. Repeatedly. I even think Demon’s Souls may be easier as it’s the only Souls I haven’t been able to finish yet! That said, Pylon: Rogue is a lot of fun and has plenty of neat ideas behind it, even if it is a fairly tough experience to get into.

The premise is easy. You’ll be choosing from one of three characters to start off with which each have limitations on their equipment loadouts as they haven’t been unlocked yet. That same unlocking factor is what keeps you from the last of the characters. From there, you are brought into a procedurally generated world map that contains randomly procedurally generated stages that must be completed in order to unlock the boss. While easy in concept, the execution is far from and once you finally thought that you’re making progress? It gets harder with new enemies to stomp you into the ground! 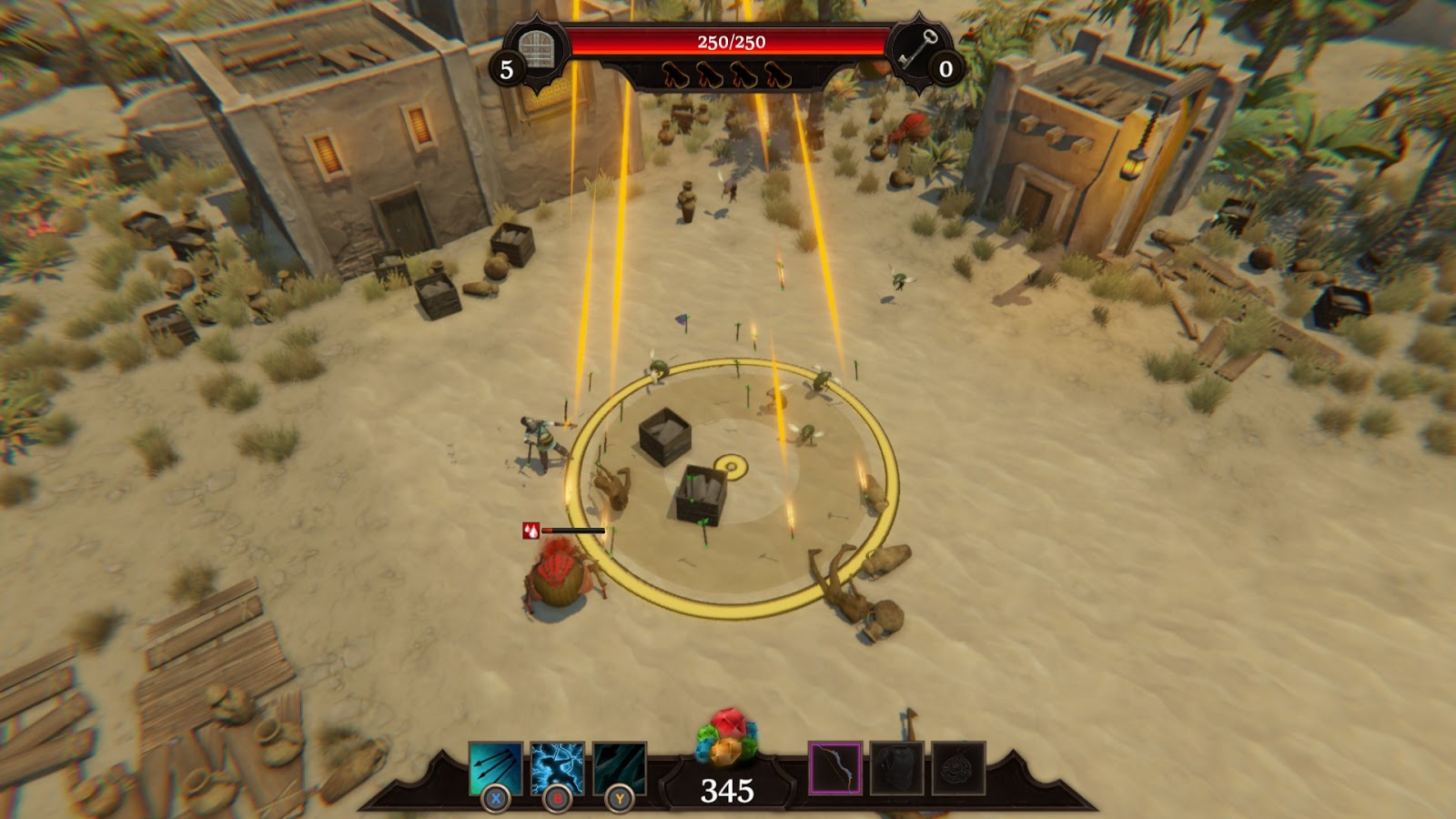 The gameplay is a simplified Hack & Slash approach with the default attacking button being your most important instrument alongside a blocking / evading option and finally a special attack that can only be used if you have the scroll for it. By simply hitting the attack button your melee characters will go through their combo sets until they are done. The archer will simply shoot arrows until you hold this button down in order to charge up and unless a much more powerful shot. That’s it. If you want different moves you’ll need to switch gear loadouts as there’s no RPG system backing this which is why it can be so challenging, you really need to get better and master the game.

In the case of the melee characters each step in the combo can be stopped by holding down the button in order to perform a more powerful move not unlike the Warriors series. This really helps to mow down the foes that will be spawning in every area on your way to the exit. From that point forward, you’re going to have to be very careful about how you proceed as your characters are a lot squishier than they look and won’t survive for long if they keep getting hit.

The stages themselves are of an interesting design. Between you and the exit there are a series of rooms that can be completed in which the “wrong” rooms will provide you with treasure while the “right” room will provide you with the exit out. Treasure can be more money to buy things if you survive long enough to make it back to the world map and visit the shop just as it can be health boons, accessories or keys to unlock already present chests. 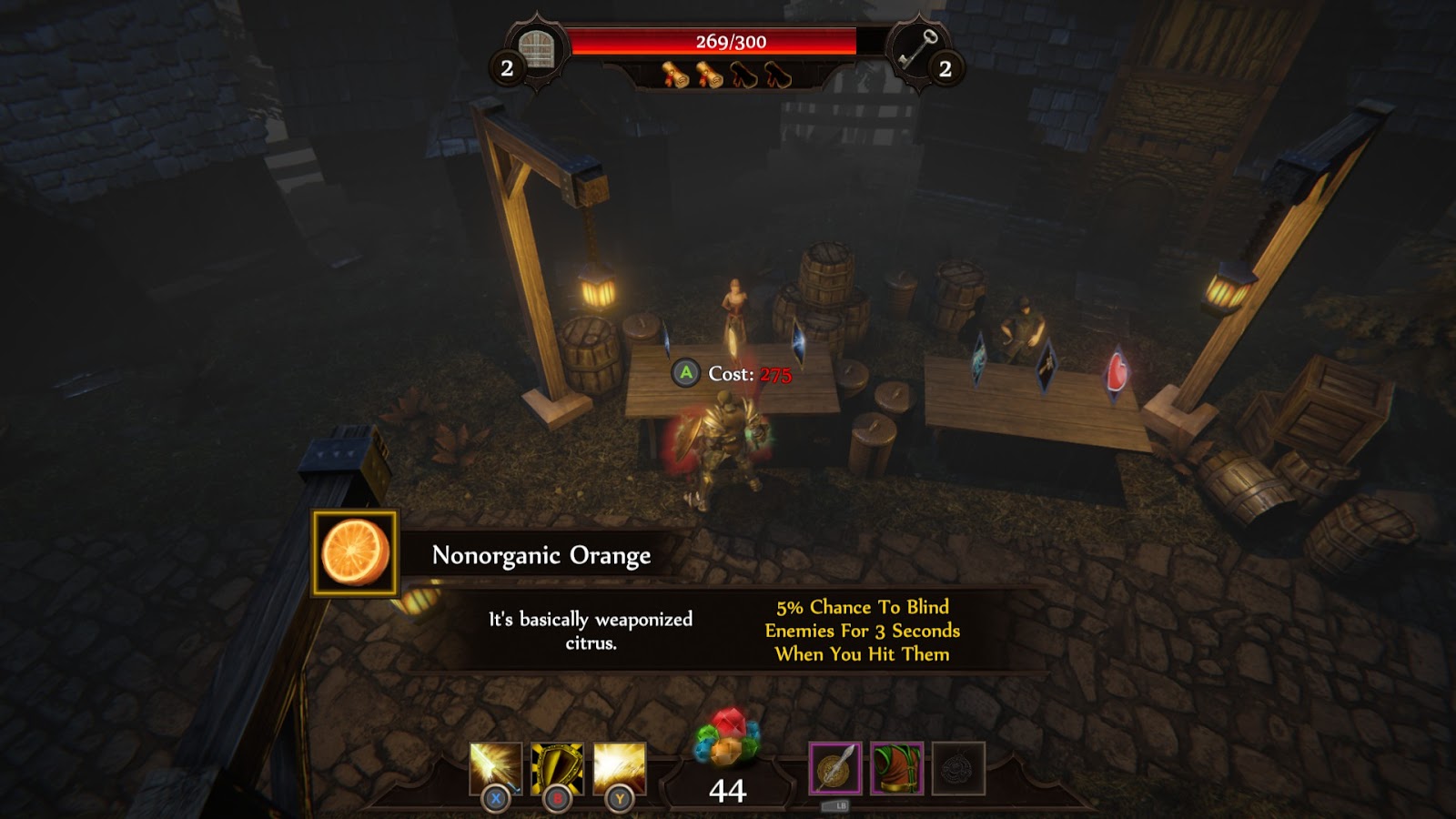 Between you and all of these rewards and exits though are a massive amount of enemies. Depending on the style and size of the stage, enemies can come in one massive wave for the size of the location or they can come in multiple smaller waves in order to not completely fill up the space that you are trapped within. This may honestly be one of those times where the “I’m not trapped in here with you, you’re trapped in here with me!” may not apply. There is a steep learning curve and even the “easiest” character to learn how to use as gear up as they have a high cash flow, will die just as fast as the others.

If you do make it back to the world map a shop can be visited in order to heal up or buy new equipment as long as you have the money for it. That alone makes things tough as on one hand you want better gear to both deal and take less damage, but on the other, you need to heal up in order to not just die once you step into the next zone. With the first character that’s much less of an issue because you essentially play as Midas and roll in the money with all of his abilities including turning enemies to gold and smacking them for cash influx but even that won’t save you if you’re not careful.

The only real issue is that the difficulty will not be for everyone. There are no barriers in place short of how well you play, how quickly you learn and how lucky you are with health and treasure drops. You really have to make due with whatever comes your way and often it’s not enough but if you’re a better player you’ll pull through all right. In my case? It was another lesson learned on what I “shouldn’t” do in order to live longer. 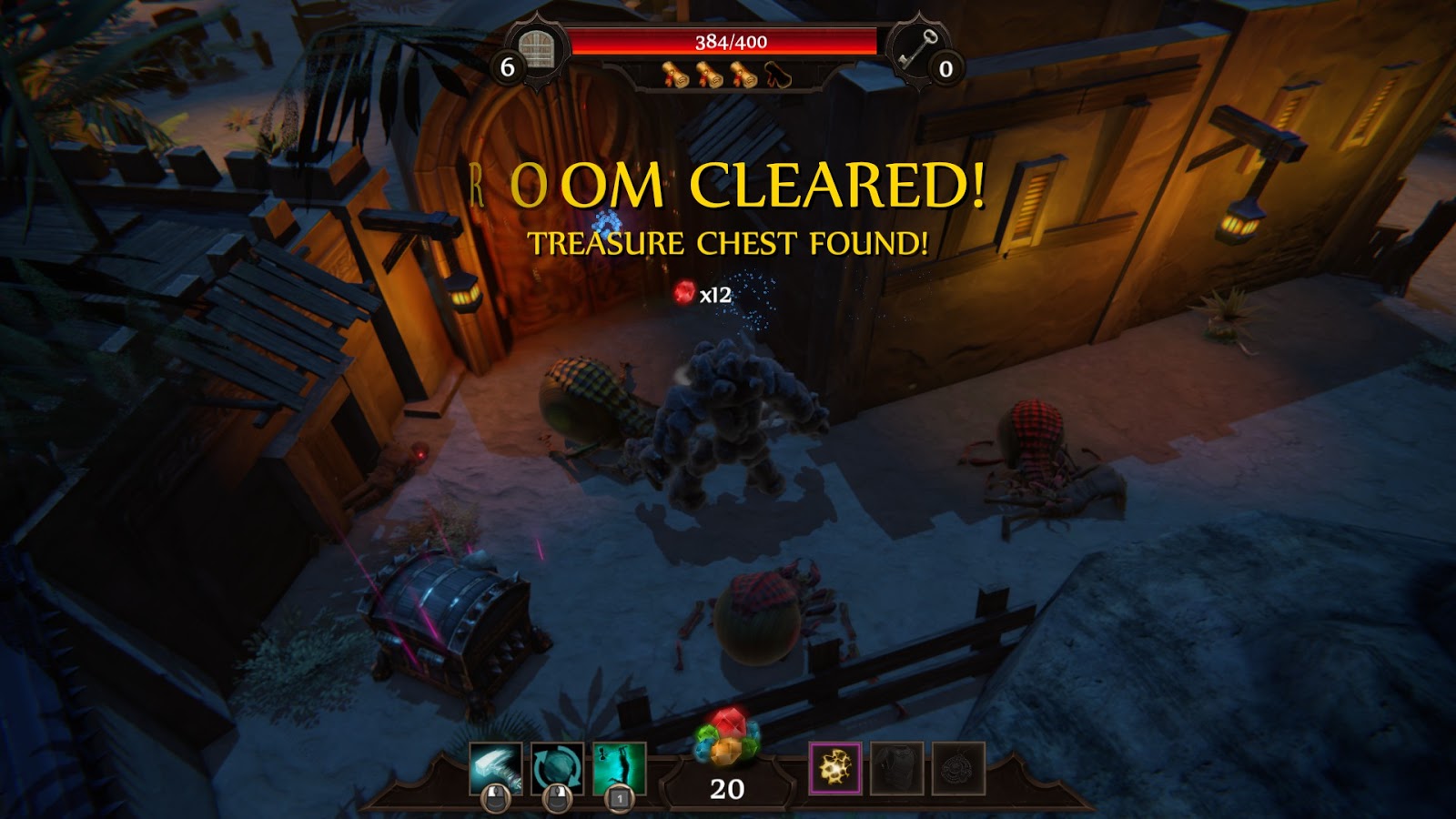 Pylon: Rogue is a very hard but fun Roguelike that can keep you busy for hours on end as you try to unlock both new weapon loadouts and the final of the four characters. Some may find this immensely easier than I did while others will find it just as hard but in either case, lovers of challenges will find plenty to sink their teeth into as nothing will be rolling over for you to crush them in this procedurally generated world!