What makes a first person shooter good? In my opinion, solid controls, a decent story, interesting locations and plenty of violence! Urban Chaos: Riot Response has all that.

The hero is member of a newly formed special police force, assigned to stop the Burners. Those are a ruthless gang who attack civilians indiscriminately and burn entire buildings. Using various weapons and an impenetrable riot shield you must face them and put an end to their terror once and for all.

Urban Chaos stands out among the numerous shooters you can find for many reasons. First of all, you need to protect and give orders to civil servants, who help you considerably: police officers participate in shootouts, firefighters extinguish fires, open locked doors or carry wounded civilians to safety (their A.I. is very good) and medics fully replenish your health. When they followed me into some very dangerous places I felt like having a guardian angel. Another aspect I loved is the shield, which allows you to block almost any attack and adjust your aim (the shield is transparent) to perform a nice headshot immediately after you lower it. You can also walk freely or reload while holding this wonderful piece of equipment; if you could toss it too it would be as great as Captain America’s (although it isn’t as beautiful)! 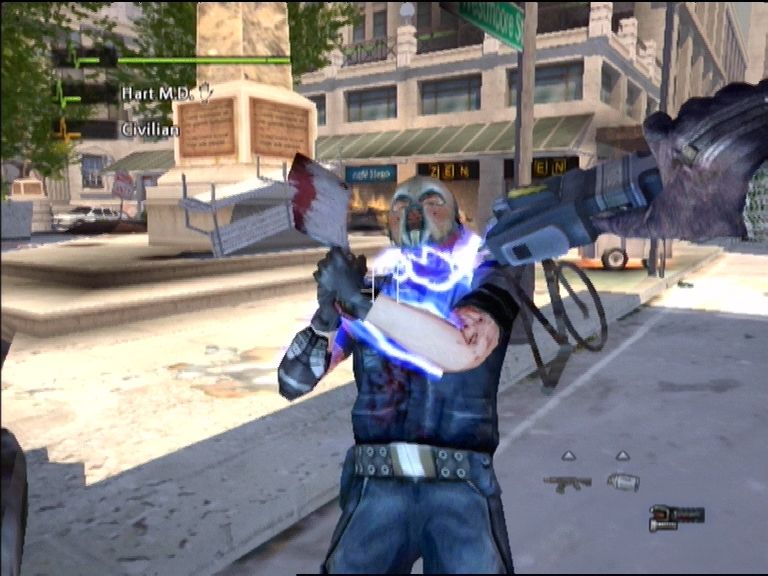 The game’s replay value is high, since you are motivated to revisit completed stages to perform specific objectives (this helped me become more skilled too): find all criminal masks scattered around (some are well hidden), perform a specific number of headshots, arrest thugs with your stun gun. This way you are awarded medals, which unlock upgrades, for example, better armor or bigger ammo clips. If you arrest the gang leader who waits in every stage you gain access to an emergency situation. This is a scenario where you must save a civilian within a tight time limit; if you succeed you win new guns, e.g. a shotgun or assault rifle, which is suitable for all circumstances. Another special challenge is the hostage situations: a criminals holds a civilian hostage and you must wait for him to reload in order to shoot him without hitting the hostage.

The presentation and graphics add to the experience a lot. The burning locations, such as a train station, docks or neglected apartment buildings, may not have the best textures but they give the impression you are in a city under siege. Sometimes the lights are out or you pass through smoke, so you need to use a flashlight or a thermal breather. Before every stage a tv reporter describes the latest developments of the war against crime, then she announces a new crisis that has just emerged, which signals your entrance into the action. A real actress was used and she played her role well. As for the Burners, they all look the same but their animation is detailed and their appearance is menacing; I never got bored of teaching them they shouldn’t break the law! 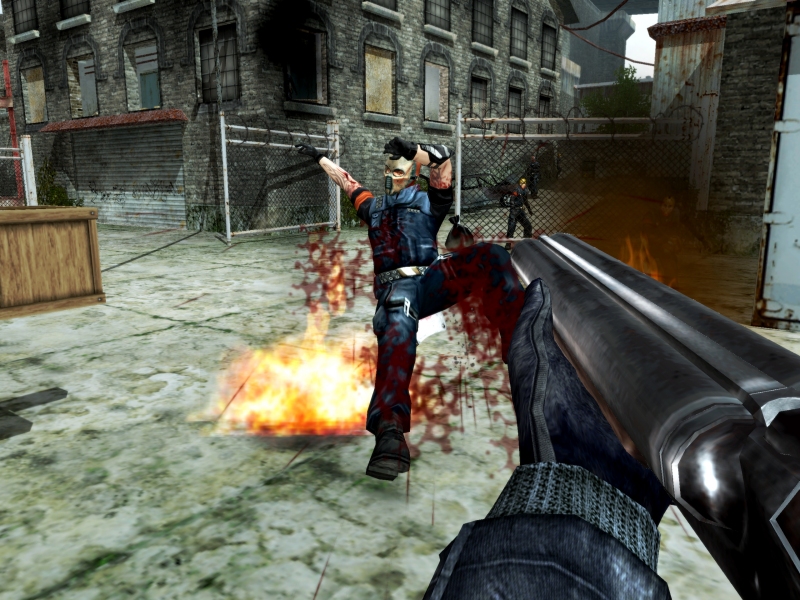 Besides the above, another element I noticed immediately is the violence. Sure, all first person shooters are violent but being attacked by running maniacs with cleavers, using a Molotov cocktail to burn a thug or watch an abducted reporter use a television to electrocute a criminal fallen in a bathtub, are not things you see often! There is plenty of blood when you kill someone and you can even burn a thug if you keep the taser active long enough! Generally, police officers don’t always act according to the book here, which is surprising for a game. The violence makes the action serious and realistic and persuades you the hero is a tough, determined person.

To conclude, Urban Chaos is easily one my favorite PS2 games, along with Dark Alliance, BloodRayne and Dragon Quest. It offers an intense, rewarding experience and its difficulty is balanced very well (if you are used to a mouse and keyboard for shooters, like me, don’t be shy to select the rookie level). I enjoyed how you can play either to finish a stage, which is relatively simple, or to win all medals, which is more demanding and satisfying. Moments like when I entered an underground garage and shot thugs hiding behind pillars with the magnum or used the grenade launcher against three thugs and watched them burn in slow motion reminded me why I play games! Obviously, Urban Chaos: Riot Response is not for children but it does not use violence as a cheap means of attracting attention either. On the contrary, it relies on good level design and solid action to offer hours of entertainment. In fact, I wish there was a remake with advanced visual effects and bigger environments to explore; it would be awesome! 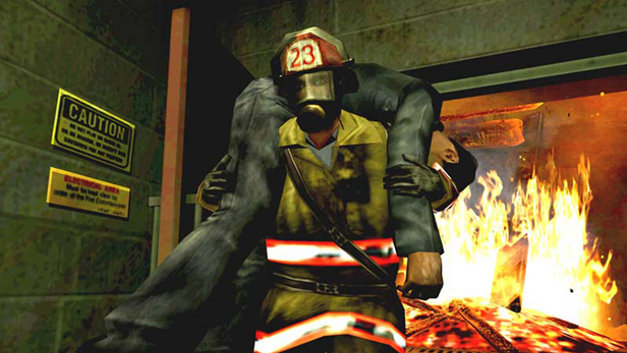 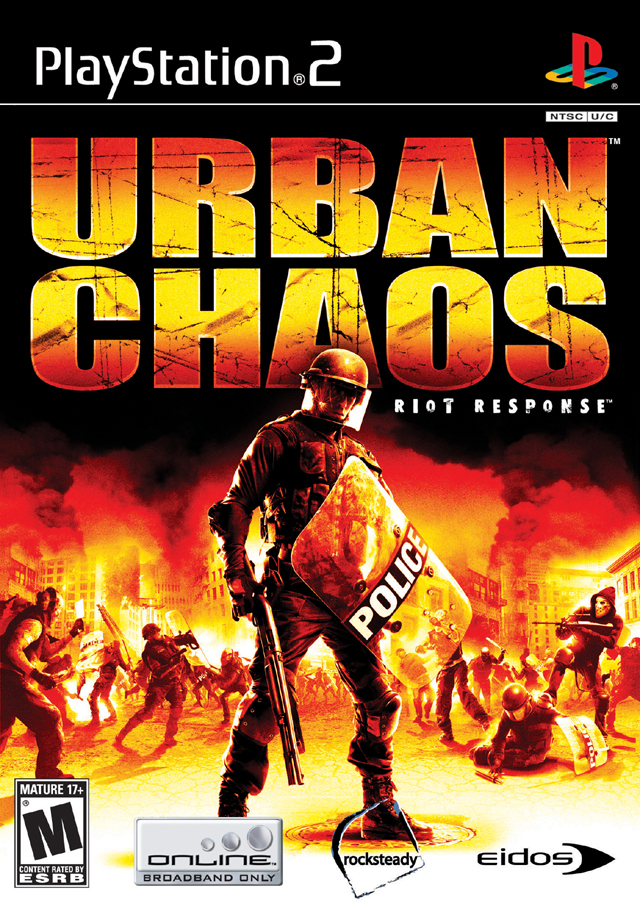