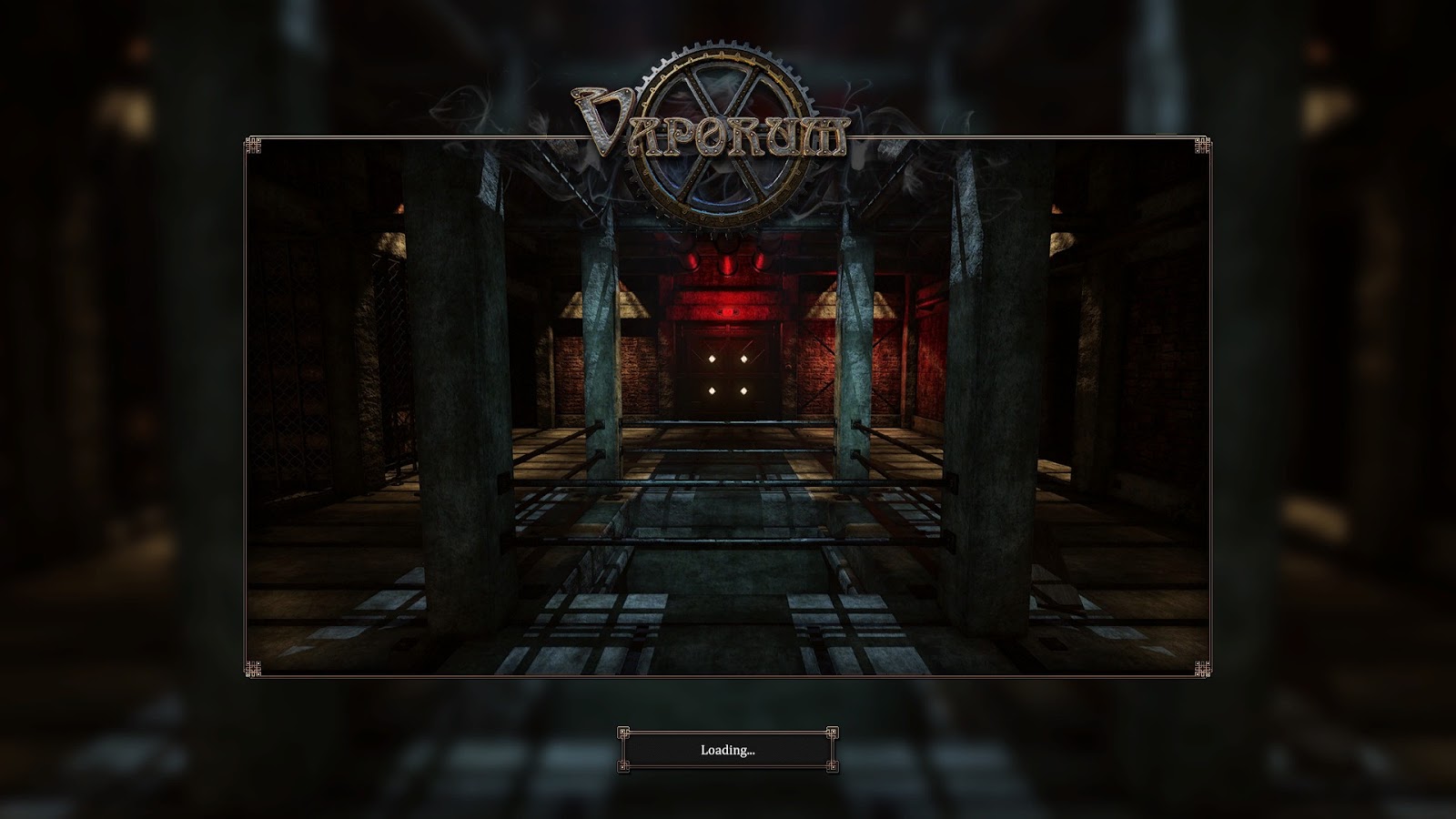 Vaporum treads into territory that I have personally seen very little of. While I love the Dungeon Crawling style I think to this point I have only ever explored Malevolence: The Sword of Ahkranox by myself without party members by my side. Taking things a step further, you’ll have to be quick on your toes because Vaporum while being designed as that robust old school Wizardry styled adventure that we all love, is also designed to be experienced in real-time.

This alone changes the name of the game. Normally for this style if you see an enemy you simply need to worry, do they step one step for yours? One step for every two of yours? Or are they faster and take two steps for your every one. Well you no longer need to worry about that because once an enemy sees you they will be gunning for you in real-time. This means that there’s no thinking about what to do or second guessing as you have to react “now” even if you can only move from front to back and left to right. The core mechanics of the style apply even if the timing doesn’t.

Now if you read my time with Mary Skelter: Nightmares you’ll know that while certain elements were in real-time like the traps, the rest of the experience was turned-based. Why I mention this is because of how much the one little detail of being in real-time can change what is being presented. As you walk down the halls and see an enemy, they’ll walk, run or fly towards you and attack at you with everything they have. Poison, electricity, shots from rifles or simply good old slashing weapons making you bleed on the floor. Because there are no turns, your spacial awareness will need to be on a very fine point as there is no minimap on screen to help guide you in evading their attacks. 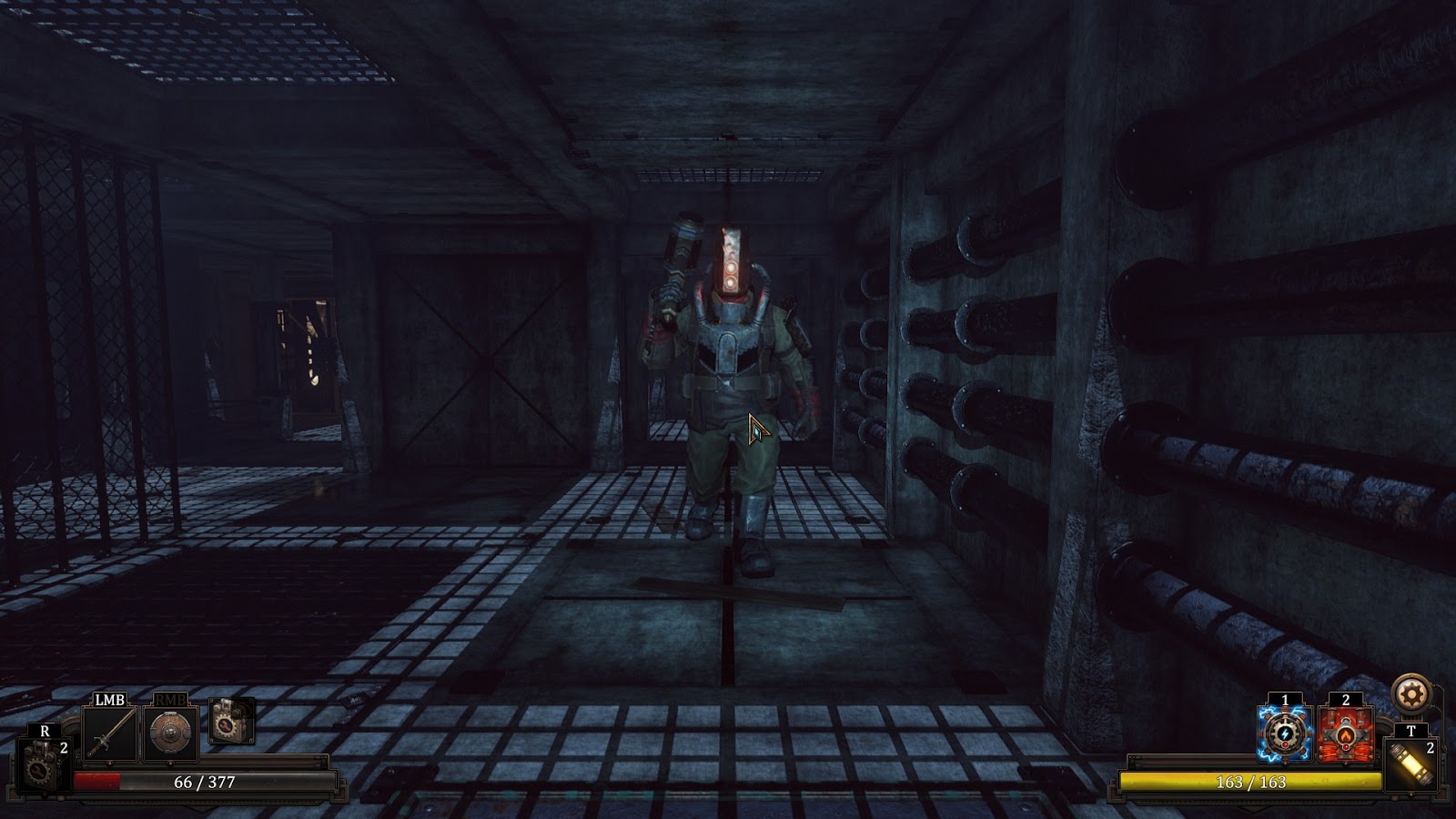 Having taken this direction brings Vaporum a notch higher with how unique of an experience this creates. Equipped from near the beginning with a Rig that holds a particular specialization (Melee / Toughness / Tech) your character will level up and gain new strengths in order to make it further through the maze of the giant mechanical structure your find yourself in with no real idea as to why. You’ll need these buffs to your arsenal as enemies will only be getting tougher and the faster you can take them out the less damage that you’ll be receiving.

Combat is a lot of fun and come with a bit of variety. Close ranged weapons can be blunt or edged which will be effective against different creatures just as your more technical powers of electricity and fire will be. Ranged weapons are a lot of fun but the bigger and more powerful that they are, the more ammo that they will take in order to fire off their blasts. Range is also a factor and with the fact that everything is moving in real-time missing is not just a numbers factor but also a “did they move out of the way” factor. Finding the right balance and knowing your enemy is key to not only surviving but also making sure that you don’t squander your resources as healing packs and ammo are rare and while enemies may drop them they can just as easily not.

While there is a lot of emphasis on the combat, you’ll be spending just as much time exploring the vast reaches of each floor. Dungeon Crawlers and Puzzles generally go hand in hand and Vaporum is no exception. Nothing is simply lying around for you to move forward and you’ll need to search, push and smash crates, flip switches and quickly run through, weigh down panels to open gates and find keys in order to unlock those that bar your way forward. Each of these is interactive in its own right such as to unlock a gate you need to take the key from your inventory and use it on the keyhole. The same can be said with switches on the wall. It would have made using a controller a bit more complicated as having the mouse present with no controller support may have been a better direction to go in. 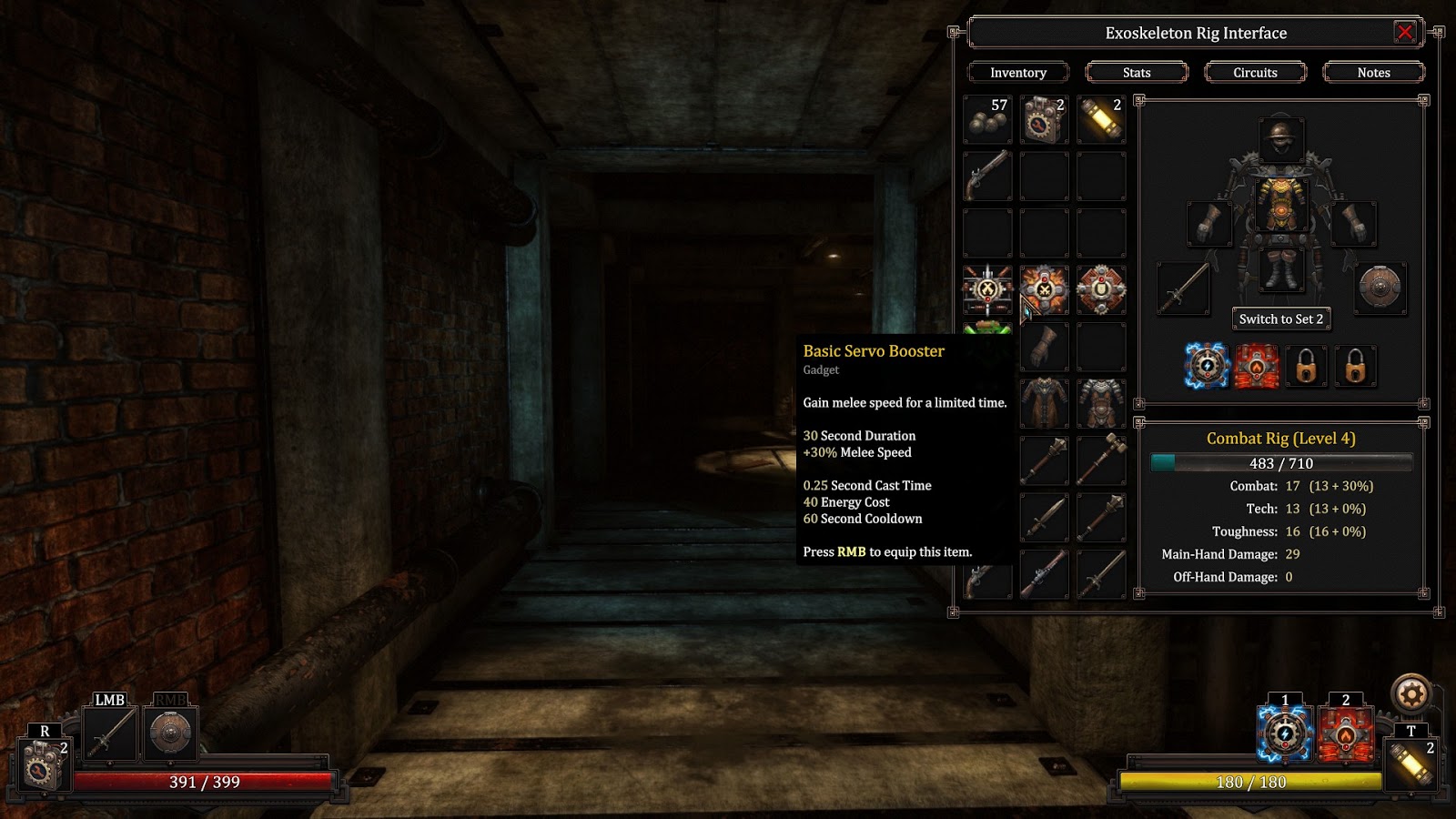 With all the exploring you’ll be coming across written notes and audio logs from those that have come before you. Why is this place deserted? Where did everyone go? What are these strange biological and mechanical creatures trying to kill you? The answers are in the logs that once read are taken out of your inventory and added into your journal. It adds another level to the experience because it makes you wonder what happened from the beginning of these entries to the point that you now find yourself in as your character monologues to himself.

Any fan of the Dungeon Crawling experience will find plenty to love here with the mix of the old schooled ideas and the new ones. Adding real-time elements to an experience that for so long as been turned based was brilliant and it works. While I’m not sure if the concepts that Vaporum introduce will become widely used in the future, I may have found myself with a new classic to hold others to a new standard.