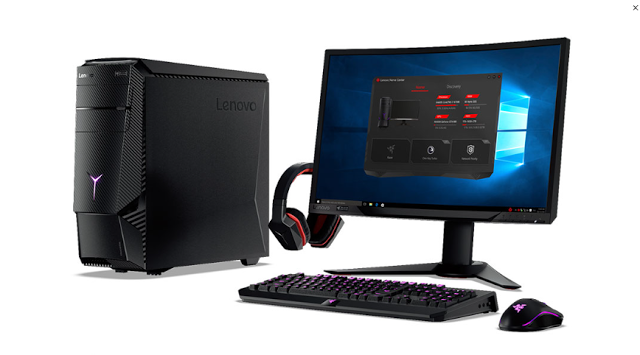 In complete honesty I am not entirely sure where 2017 has gone; it seems like it was only yesterday that I was loading up the hits there were in last year’s Gift Guide. To stick with the norm, this year I put together a few of my favorites, some provided by publishers or development studios, others those that I picked up myself, and some that are on my own personal wishlist of things to pick up. With the 2017 holiday shopping season right around the corner, these are a few of the gaming-oriented goodies that would make the perfect gift for the gamer in your family (even if that is you!)

I started the year off with a real bang this year with the good folks at Lenovo offering up their IdeaCentre Y900 gaming machine (starting at $1,099 paired with the utterly stunning Y27g 4k monitor ($649.99 for an amazingly responsive and nigh-perfect curved gaming monitor), paired with an Oculus Rift and the accompanying Touch controllers, you have an extremely powerful desktop capable of doing what you want, when you want it. For those looking to forego traditional desktops and enter into a world of mobility gaming with desktop power you might want to look into my article on Price, Power and Mobility, which you can see here. I personally favor the HP Omen as they are affordable, powerful, and aesthetically pleasing.

If past years are any indication, it is entirely possible that with Holiday 2017 right around the corner, HP might be offering excellent discounts to prospective purchasers so make sure you keep an eye out! Pairing either the Y900 or a shiny new HP Omen with Tesoro’s utterly spectacular GRAM SE Spectrum optical switch gaming keyboard, which is as whisper-quiet as near-mechanical keyboards can come, not to mention an actuation point that requires little more than a light wind from your passing fingers. Keep an eye out for our upcoming review! 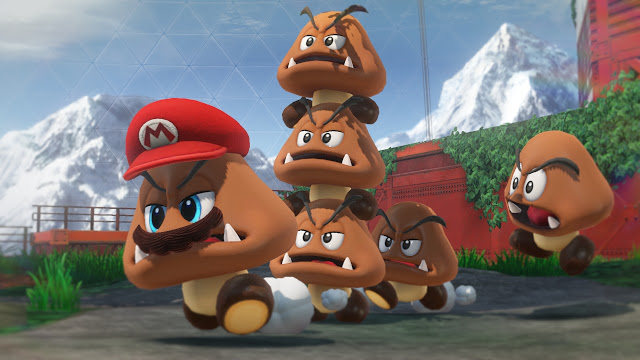 Though I personally had troubles with the Nintendo Switch (and really Nintendo as a whole) I cannot discount the popularity of the system, and even with Nintendo seemingly missing the mark on the hardware, this year has seen some of the game industry’s best titles launch for the hotly anticipated system. With titles like Legend of Zelda: Breath of the Wild (a rare perfect 10 here at Chalgyr’s Game Room), Super Mario Odyssey (see Nick’s review here) and Super Mario Kart 8 Deluxe gamers have plenty to enjoy leading into 2018 and now is the perfect time to pick up the system and a few stellar titles.

Others to be on the lookout for, especially if you happen to have yourself a Rift or similarly-equipped VR gaming rig would be the fun little mecha romp, Archangel. Stepping into the shoes of either Gabriel (or Gabby) Walker, a cinematic combat experience that is part Pacific Rim, part on-rails shooter. With stunning visuals, some decent (if deadpan at times) voice acting, and an unusually serene soundtrack, stepping into the Archangel will empower you to take you mult-ton mecha boot and metaphorically shove it someplace uncomfortable . Though it is a bit upsetting you cannot get “off rails” and control the mobility of the Archangel, the shooting mechanics are fun and incredibly empowering.

Need a palette cleanser after the boondoggle of a mess that was Mass Effect: Andromeda (or the recently released uber letdown, Star Wars: Battlefront 2)? Fear not, as Nioh, Horizon: Zero Dawn, Pillars of Eternity: Complete Edition, and Elite: Dangerous are a few of this year’s must-haves for the PlayStation 4. 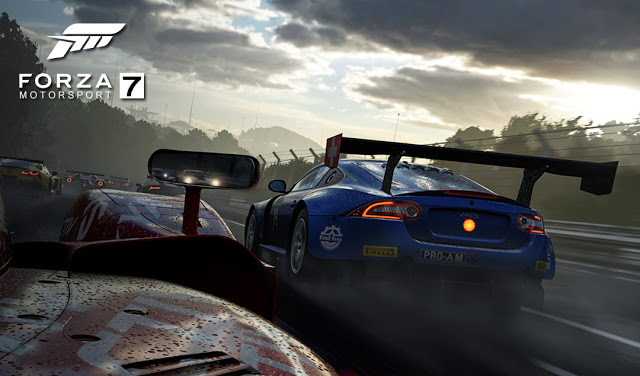 On the Xbox: One side there are likely to be deals abound for Halo Wars 2, which is not only excellent but proves that RTS games can work wonderfully on a console with a controller. For some viscerally excellent third-person sniping action do yourself a favor and pick up Rebellion’s Sniper Elite 4 and spend dozens of hours sniping Nazis to your heart’s content. For the household racing fan there are oodles of deals on Forza: Horizon 3, which I personally loved, but for the more traditional racing simulator experience, the technical masterpiece that is Forza Motorsports 7 is an absolute must-have this 2017 Holiday season.

Though little has been said or “leaked” I would strongly recommend keeping an eye out for deals in the coming weeks for a few other, less mainstream titles. If you are anything like me and fancy yourself a bit of an armchair commander, I strongly recommend you pick up the utterly fantastic Battlestar Galactica: Deadlock or Asmodee Digital’s adaptation of Paizo’s regular tabletop time-sink, Pathfinder roleplaying game, called Pathfinder Adventures. On the topic of Paizo, if you have a budding tabletop roleplaying aficionado in your family or circle of friends, do everyone a favor and pick up the new Starfinder roleplaying game’s core rulebook and dive into a campaign; you will not be sorry.

Try not to limit yourself to just this year’s releases though; there are bound to be dozens, if not hundreds of titles from yesteryear that are likely to be deeply discounted. Though these are only a few of my recommendations for this 2017 Holiday Season, there are bound to be other titles released between now and the start of 2018. What titles are you looking forward to picking up this 2017 Holiday Season? 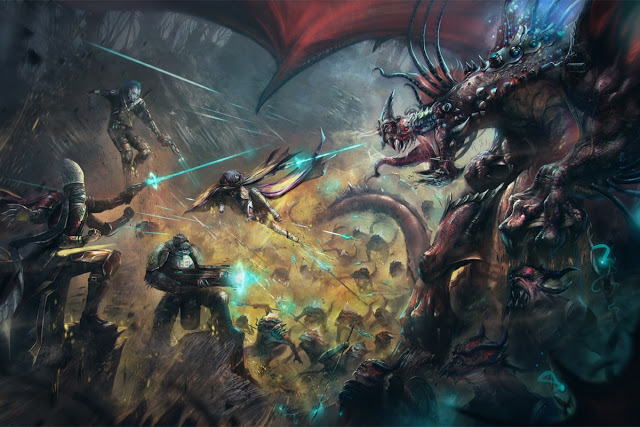 From all of us here at Chalgyr’s Game Room, we want to wish you – as always – to have a safe and spectacular 2017 Holiday Season! A quick note on upcoming content, we’ll be taking this week off for Thanksgiving here in the US, and be right back at it next Monday at 8am EST. We are rounding up our Game of the Year awards, which we will coming right before Christmas. Thanks for reading!