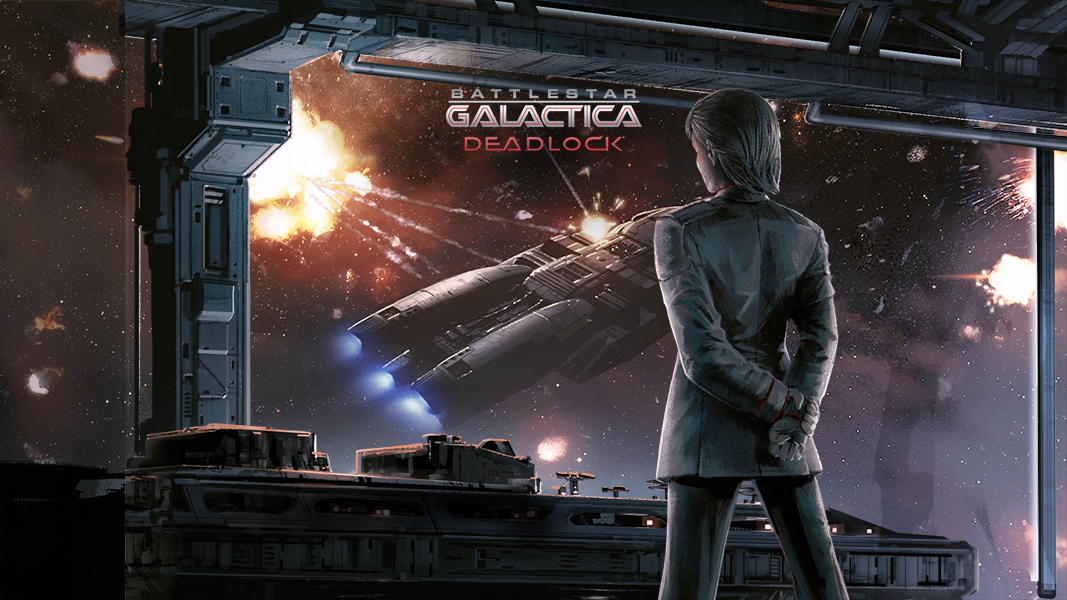 Robert was a big fan of Battlestar Galactica: Deadlock on the PC and there’s no much of a question as to why. Slitherine is a name that already boasts confidence and with them behind Black Lab Games, the first Cylon War in Battlestar’s history was something to experience. Put in charge of a very formidable installation, welcome to a deadlocked situation which will often have you questioning if what you just did was actually a good decision.

I’ll start off with the fact that Deadlock is not something that you can dive into headfirst and expect to succeed every time. This is also a good thing as there’s a depth to the system that can both make or break you. While I found the controls a bit iffy through the controller, you’ll eventually adapt as the hours roll on by.

Deadlock puts you into an interesting situation that while being turned based also contains real-time elements. All decision making will be done while paused but once you are done with your choices you get to see them played out in real time. This allows you to adapt from a potentially previous bad decision and hope that your next one will save you. 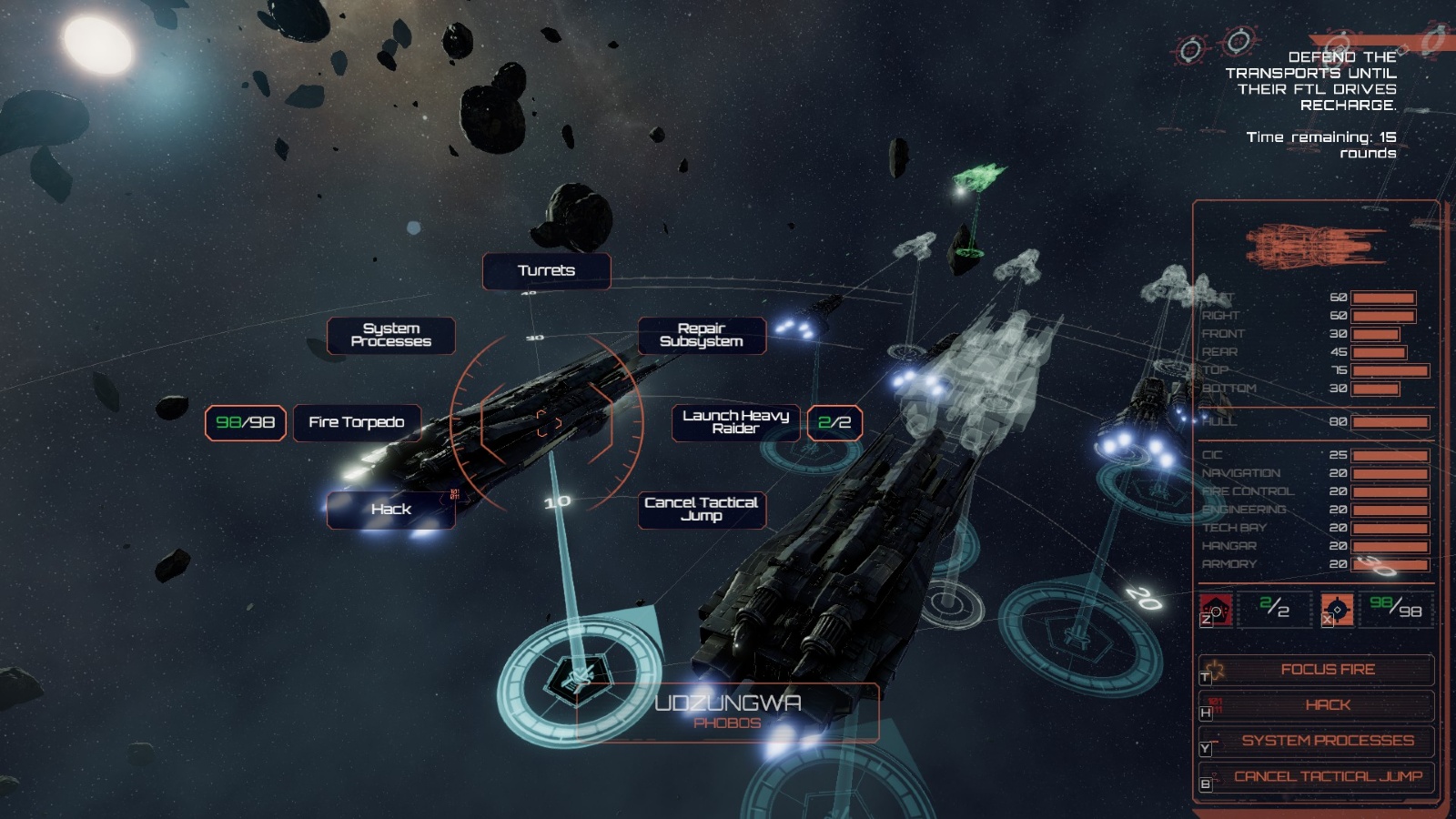 Your turns themselves will have you plan out the movement of your ships and their orders for that turn. Using their turrets, missile barrages or repair orders on the numerous fundamental systems can all be issued while either closing the gap or trying to create one between your ships and the enemy.

What I truly appreciated is that because this is “space” there’s more than simply two-dimensional movement. When issuing move orders you can also tell ships to adjust, using the two-dimensional logic, up or down. This allows for some feats that could be considered tactical brilliance while it could also be the cause of you wondering why your fleet isn’t attacking the oncoming enemy. Elevation matters for firing solutions and it may have happened more than once that I oops on this effect.

One of the other features that I appreciated was the choice in difficulty and exactly what you could expect. While the choice is a fairly common thing that one could expect it was the specifics that left nothing to the imagination as to exactly how evenly matched or out-matched one would be. Even on “normal” in which you are given the same allotment as the enemy things can get tough if you stupidly issued orders getting your ships destroyed. I swear I’m not talking from experience… 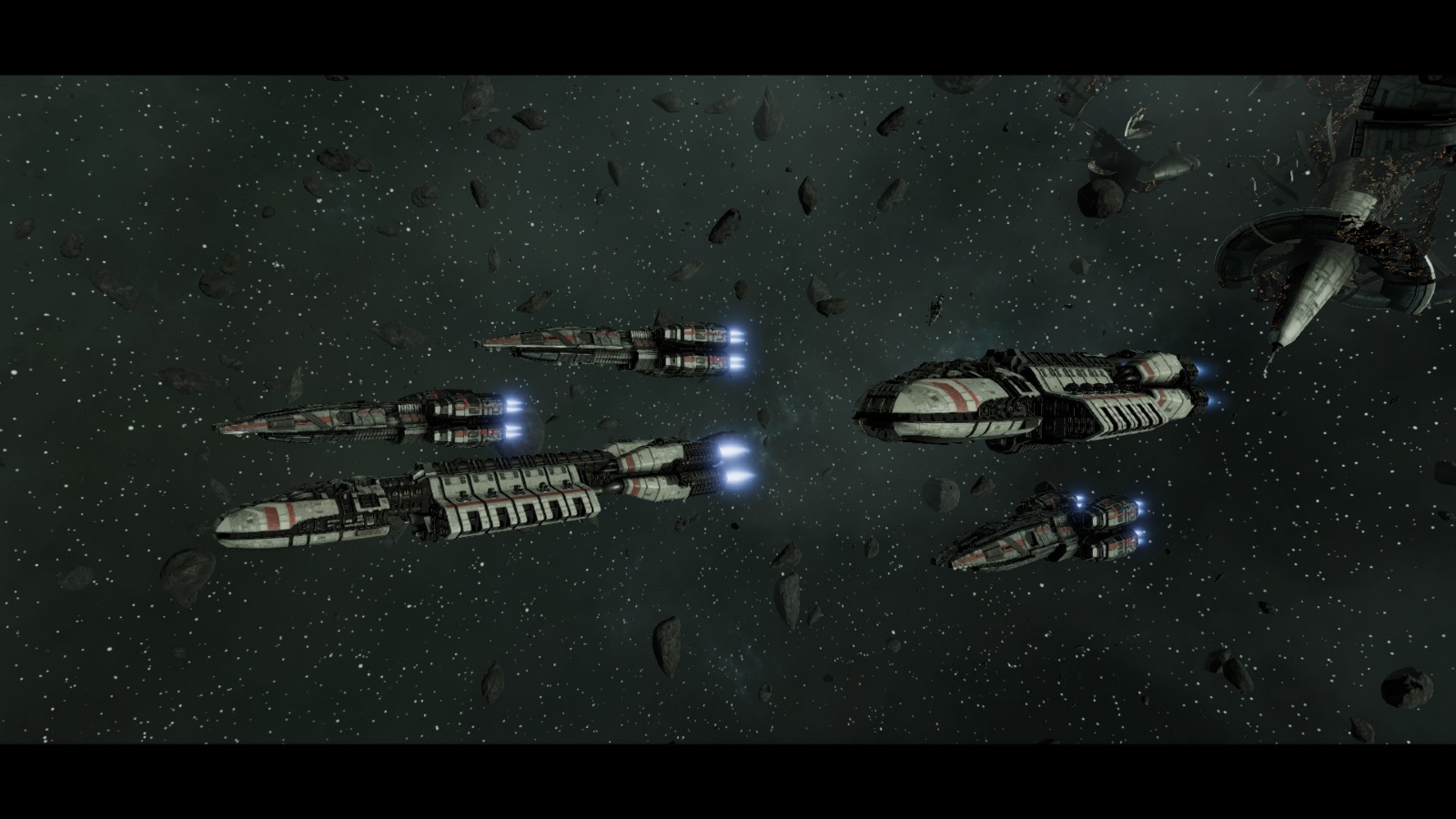 The only part of the experience that I didn’t like per say were the controls. Even after a good deal of time I still found myself getting the directions to pan or zoom in wrong. If anything, and I don’t say this often, I would have preferred a mouse and keyboard in order to issue my orders and let my fleet carry them out.

That said that was the only issue. Not only is the overall system that handles the gameplay great, but the visuals of the ships and the systems that you explore are pleasing to the eye. The music that accompanies your starting orders and the battle sequences sound great and fit the experience very well.

Battlestar Galactica: Deadlock is not only an amazing strategy experience in the depths of space but also a great Battlestar entry. While losing battles to the toasters can be a bit disappointing because you only have yourself to blame, winning brings about a sense of accomplishment that you won the day and that humanity can keep going on for a little bit longer. So say we all.