comments Share
You are reading
Oh My Godheads – XB1 Review 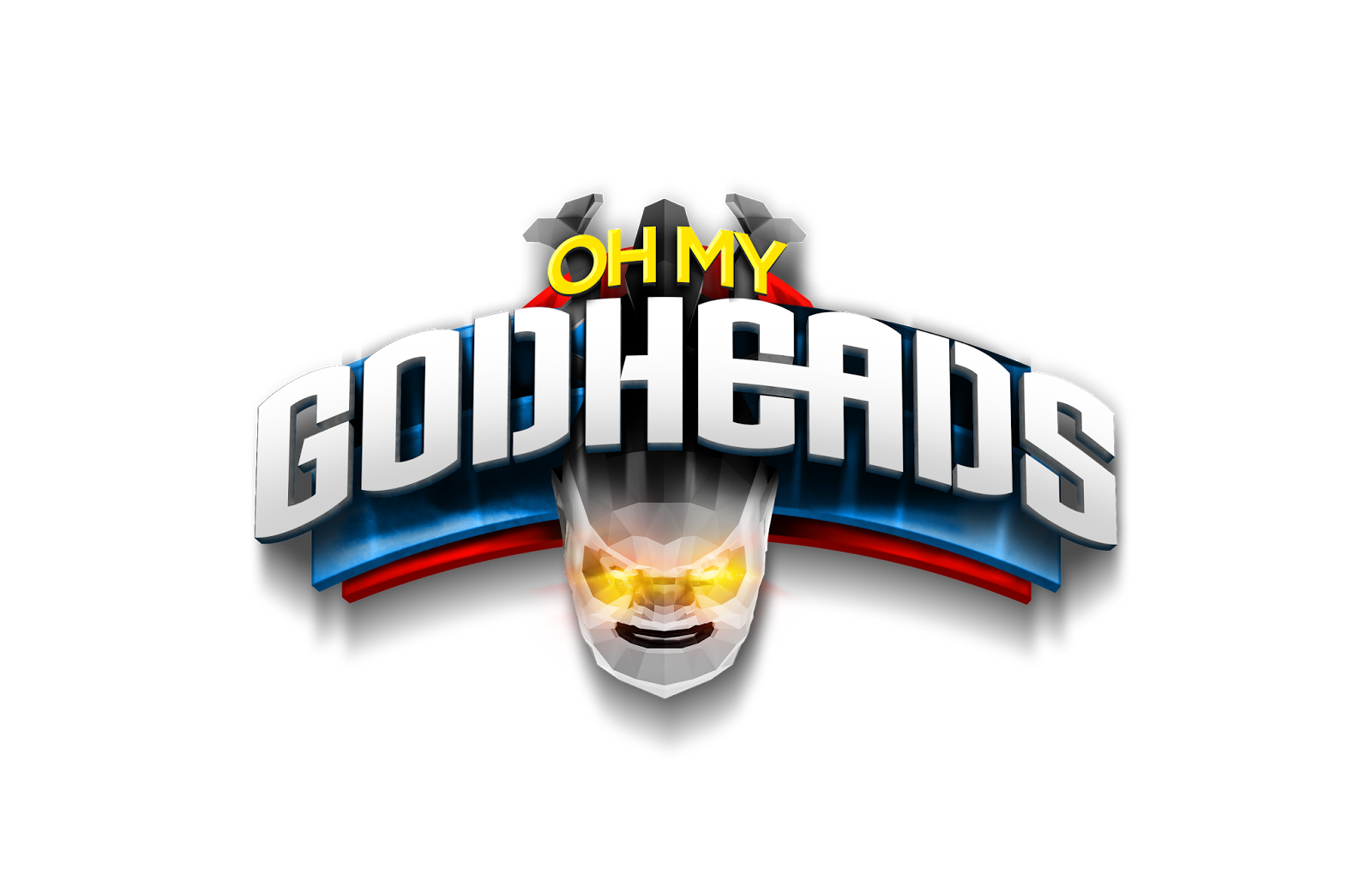 With Richard having enjoyed and previewed Oh My Godheads back in April I’ve been looking forward to getting my own hands on it. Now having had that chance, with Richard’s review of the PC version incoming, I took the Xbox version for a spin with my brother Marc and my friend Louis for some rather interesting versus matches.

Oh My Godheads takes the idea of player versus player and kicks it up a notch. With up to four players able to jump into various arenas with different modes there’s no shortage of bloodshed as you aim to claim victory for yourself or your team. And I do mean bloodshed as the cute graphics can get rather graphic as you cut an opponent to pieces!

So what makes OMG (heh I just got it…) different from the rest is that modes like Capture the Flag or Hold onto the “insert object here” modes? They are different in that instead of having inanimate objects you instead have a variety of angry deity heads of various powers. These various heads will freeze you solid, explode upon you or slow down time generally making your life a living hell as long as you’re trying to score a point. 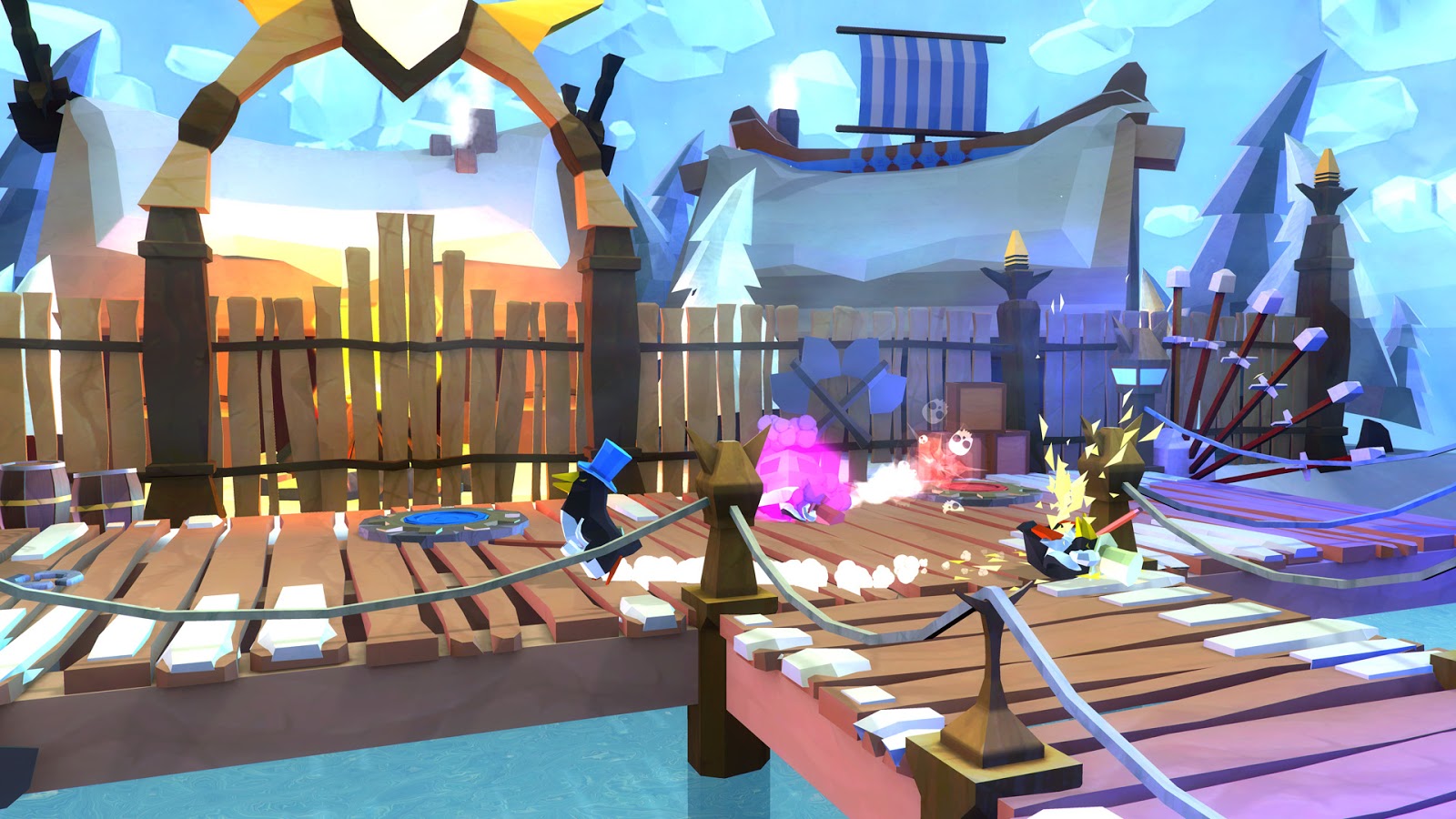 While the modes themselves are familiar how they play out are what is interesting. The various stages available for competitive versus change up how even something like Capture the Head is played. On one icy rivered stage for example your goal for bringing the head lies behind the enemy spawn point, not your own. In another you have to not only get to the goal but also make sure that you’ve triggered the switch in order to make the goal your color. The catch to this? It has spiky statues which will impale you if you stay there even a second too long.

If the angry heads of the gods get to be a bit too much there’s always pure versus modes in order to see who comes out on top. These will really give you a great feel for how to control your character especially if you’re going to act as the defense while someone else carries the head to the goal. There are no particular roles but having a strategy with your partner is quite recommended as long as it’s not a CPU. When they are with you I found them to be lacking. When against you however? Why couldn’t I have that one as a partner!

The only downside to OMG that I think of is that you really needs others to play with you. It is definitely a party game that needs real people in order to show them who’s boss as playing against CPUs just isn’t the same. Outside of that the gameplay is solid and fun to play for good amounts of time regardless of the mode. 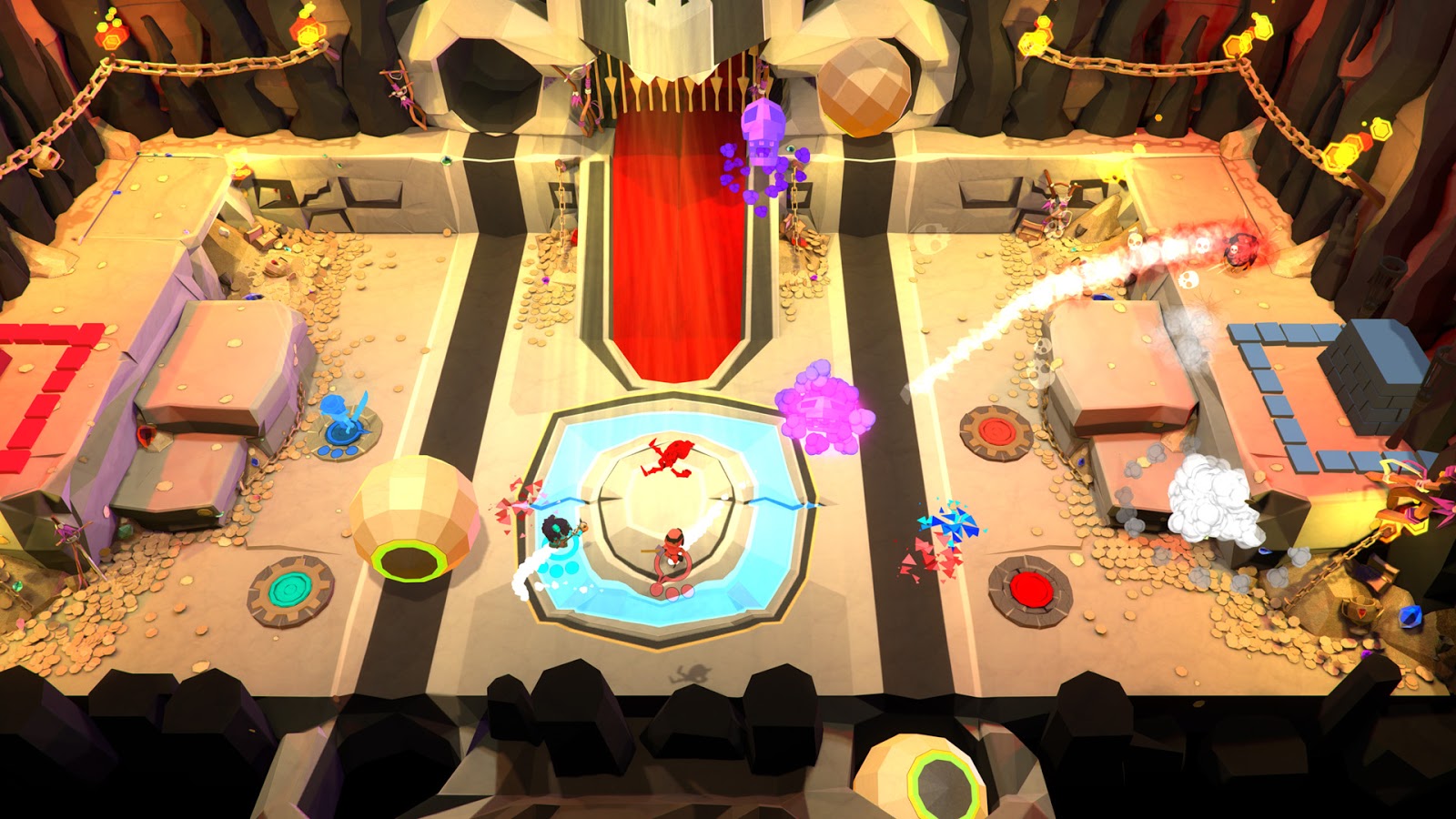 Oh My Godheads is a great addition to the living room and a great excuse to have a few friends over for couch multiplayer mayhem. If you’ve been looking for something in order to play and see who really is better than one another, this is a great place to do it!