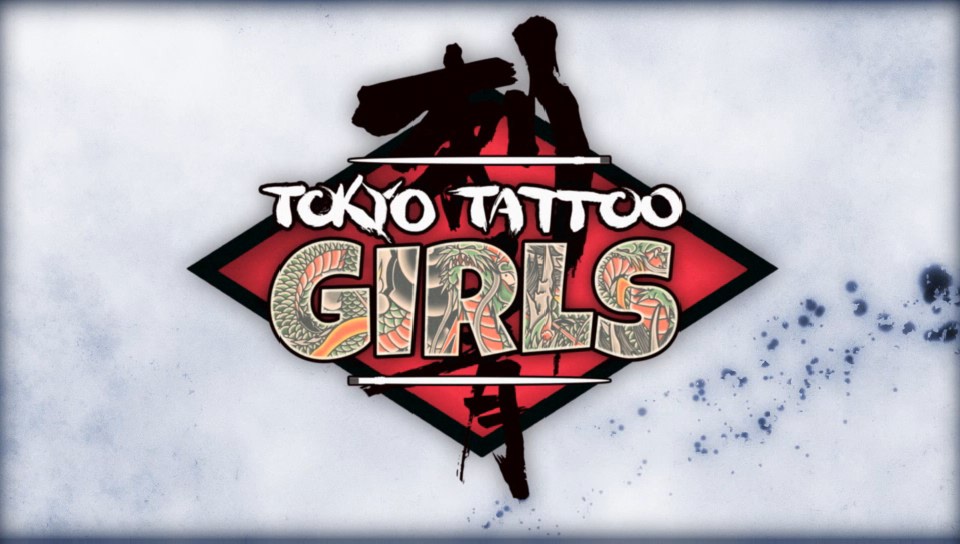 Over the years I’ve had the chance to experience a lot of strategy titles but none have quite been like this one. Tattoo Girls from Sushi Typhoon Games and NISA risks staying very niche not because of the gameplay but because of the ideas behind it. That said, it’s a good one.

From the outset the ideas driving Tattoo Girls are very Japanese. Tokyo has been decimated and then split into twenty-three wards which have largely been abandoned except by those forced to stay. Each of these wards is run by women who have more powerful tattoos than the rest which draws a correlation to both Japanese history and their current mafia. Essentially being outlaws, these women who have essentially become gang leaders build upon their tattoos to show the rest exactly how powerful they really are in comparison. This is where you come in. Being a magical tattoo artist you back one of the available women of your choice and make them as powerful as you can so that they can break the current system that is in place.

The core concepts are fairly easy to grasp however things can ramp up fairly quickly making you wonder if the woman you back will make it to the point of taking over the twenty-three wards. You’ll be spending about a good eighty percent of your time looking at the map of the twenty-three wards that now make up Tokyo. Only at the beginning will you chose which of the wards to start attacking first and then essentially half sit back while you watch your tattoo girl’s forces spread out in over to conquer both that ward and the rest. 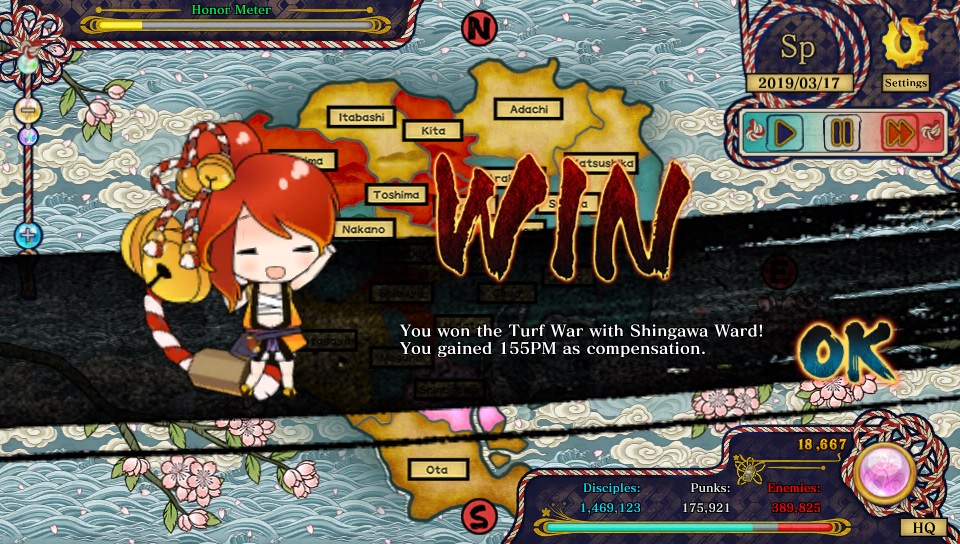 While looking at the map it essentially becomes both a waiting game and a sort of whack-a-mole. Everything is automatic so you’re really waiting for things like briefcases full of money to appear in order to issue orders and recruit either punks or clanswomen to your side or alarms that you need to stop out quickly as to not lose honor.

Honor above all else is what you’ll be worrying about because is the honor gauge hits zero, that’s it. Kiss the domination of the twenty-three wards goodbye. In order to stack things in your favor you’ll have to pay attention to your map and try to prevent as much as possible that turf wars don’t erupt or that if they do, you win them. If you lose, you lose honor. As the alarms go off, you lose honor. The longer you let them wail the more honor you’ll lose. There are commands to restore a bit of honor but as fast as the money comes in you’ll need it for both issuing order and paying for the tattoos that you need to insert upon your champion’s back.

Some may take a look at Tattoo Girls and think that the level of fanservice is all that’s really going for it. It’s not. While yes the woman that you decided to back is topless and laying down on a mat in order for you to tattoo her, that’s about it. The tattoo designs that you both place and the ones that the twenty-three ward leaders have are all intricate in design and great to look at. More than that, you’re not simply putting on tattoos but you’ll be choosing which ones as they enhance powers such as making it easier to recruit in certain districts by raising either your girl’s threat or her charisma. If you make it that far, by the end you’ll need both. 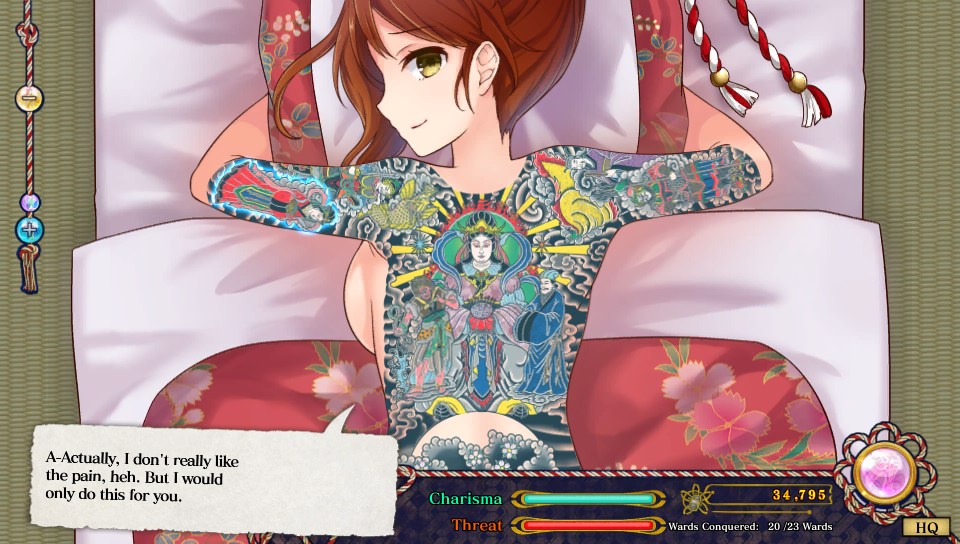 That’s about it from a gameplay perspective as there are no boss fights. If you make it far enough and become powerful enough, you’re rewarded with cutscenes of your leader versus each of those that lead the twenty-three wards. As a bonus there are choices in dialog as to what your reasons are and the better the reason not only do you get a restoration of your honor gauge, but the artwork also goes into a gallery to be viewed later.

The playthroughs are not very long but they can be intense especially the first few times when you’re trying to figure out the balance to everything. After that, completionists can go back through in order to get all of the artwork while others can pick another character in order to see the events play out from another point of view.

Tattoo Girls as I mentioned risks staying very niche but the ideas behind it, the gameplay elements and the artwork are worth experiencing. I’m not sure if another title will pop up in this style but Tattoo Girls was quite memorable for me and I do hope to see another such experience down the line. 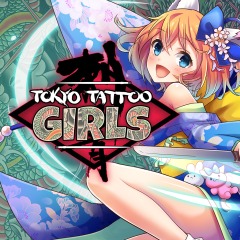