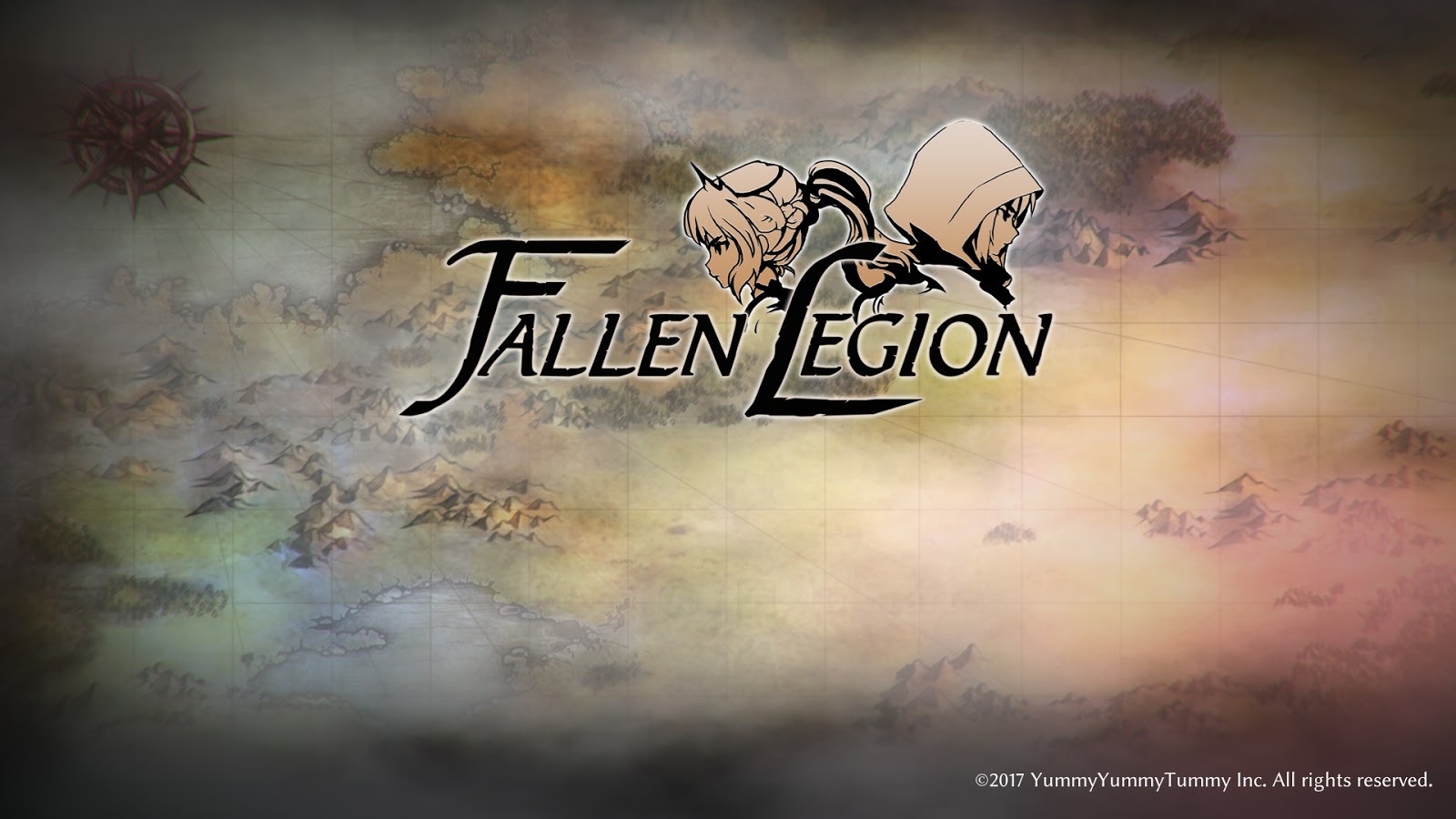 With Richard now having reviewed the original two entries of Fallen Legion: Sins of an Empire on the PS4 and Fallen Legion: Flames of Rebellion on both the Vita and the PS4, it was my turn on the PC version that combined the two into a single title. With the options to either ignite the flames of rebellion or tackle the sins set ahead of you, I found myself often undecided as to how I felt about the adventures and the package as a whole.

In case you have not read Richard’s reviews, Fallen Legion feels a lot like a more real time Grand Kingdom with the elements that make Valkyrie Profile and Exist Archive: The Other Side of the Sky tick. With your chosen protagonist as the magic user, they will ruthlessly use up to three summoned spirits as meat shields in order to do their bidding. Each of these spirits will have different skills, specialties and speeds in which their actions replenish themselves as you charge across the stage clearing out all those that stand before you.

What perhaps bothered me the most about these spirits, regardless of which storyline you played, was that as they “become more powerful” they really don’t. As the adventure moves on, spirits regain more of who they once were changing in both appearance and stats and generally for less attack damage. This means as things get tougher, you now have LESS overall attack power for possibly more defense. I personally would have liked to keep the glass cannon approach because battling against some foes like mages / wizards felt like I was fighting losing battles against the hulk. Magic users should never have been that tough lasting longer than the armored forces that protect them. 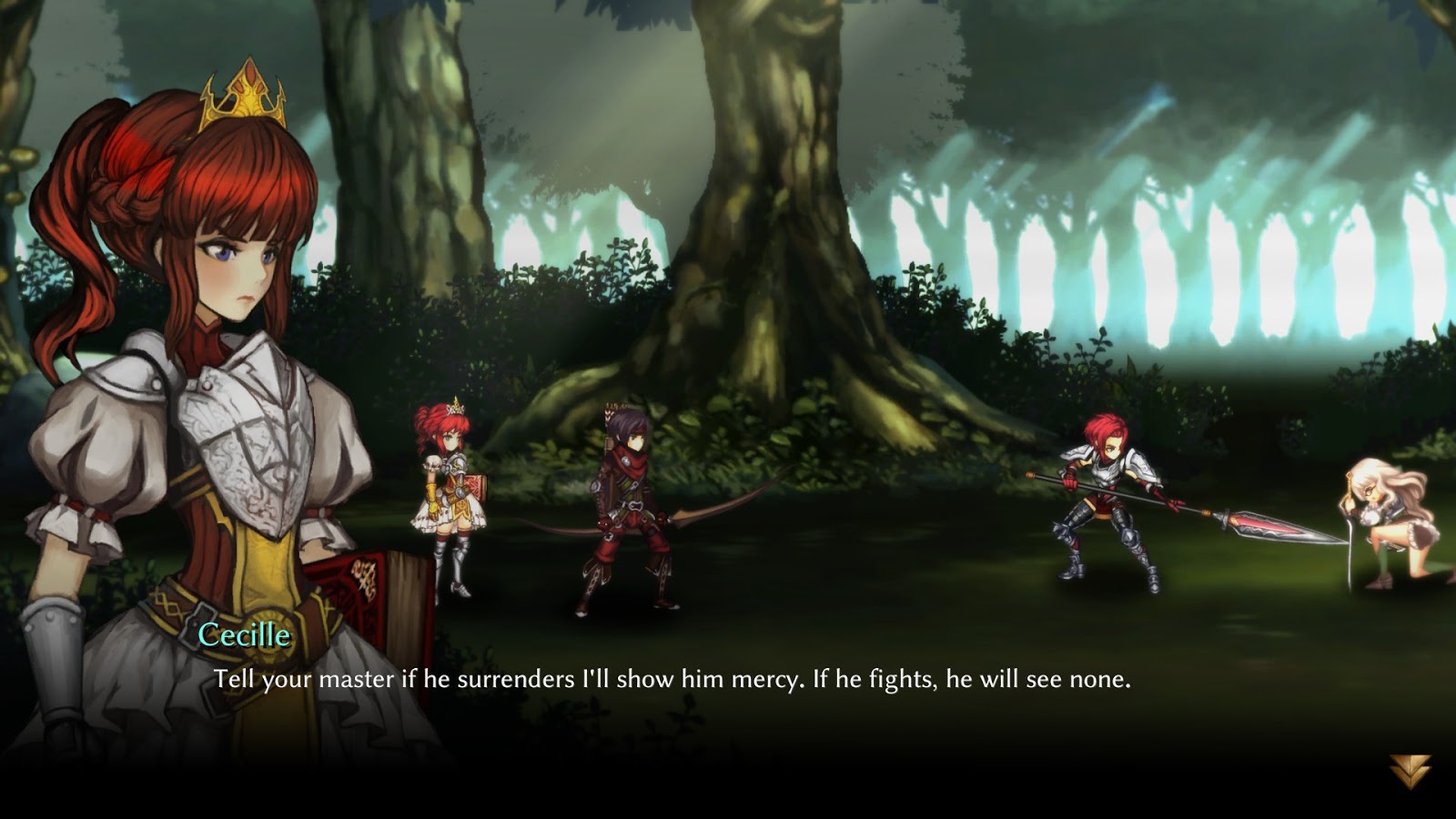 While I enjoyed the concepts behind Fallen Legion I’ll be honest that I enjoyed the gameplay at the beginning and at the end where things felt balanced. In the middle there was always something that just didn’t click and more often than not you’re spending more time hitting the defense button cutting off your own attacks than actually attacking and dispatching your foes. This starts to become long after some time and as there’s no actual experience in order to level up and possibly leverage things in your favour, you often wonder what’s the point with multiple battle stages in a row.

When it comes to the story I appreciate what YummyYummuTummy tried to do but it just didn’t work for me. Little bits of dialog are spread between the beginning and ending of a stage as well as segments in town. Outside of these tidbits the biggest part of the story actually happens while running through the battle stages in which you have to make big decisions on a ticking clock. Each of these decisions will change certain outcomes such as who your forces align with, if you executed traitors or if you used infected as a form of weapon instead of quanentining them.

While each of these choices have meaning they also have bonuses for your forces such as more damage, higher blocking rates or items to use. What doesn’t work with these however is that while you’re making choices that can raise or lower your empires moral, you never really get to see the overall impact as it’s quickly done and then that’s it, move onto the next field in the overall story’s path and kill everyone else that still stands in your way. I would have liked more overall narrative instead of split second decisions that don’t really look like they did anything short of the immediate bonuses to your characters on the field. 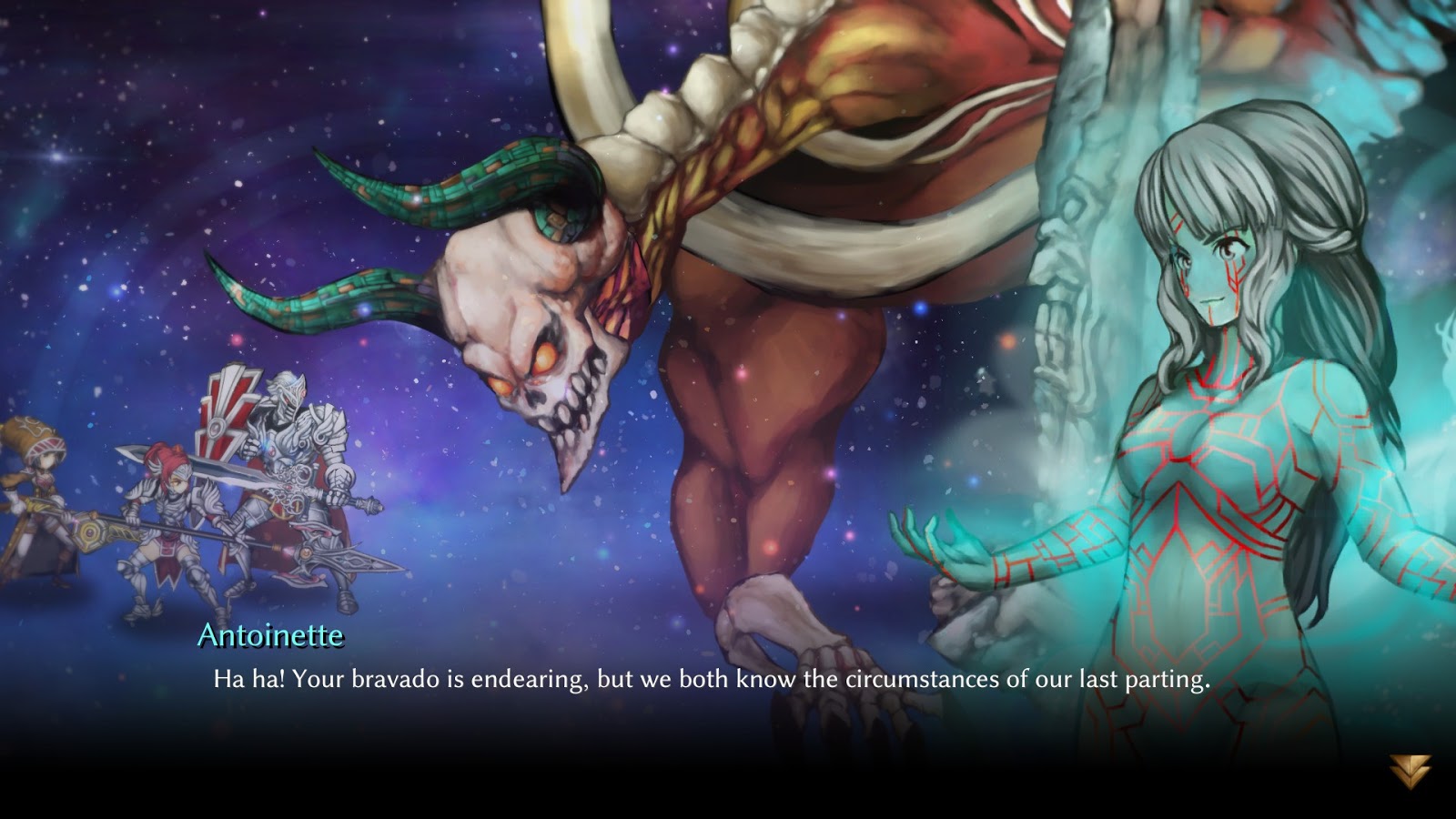 Overall both titles of Sins of an Empire and Flames of Rebellion aren’t bad titles. They run very well, they are great to look at and the soundtracks are a pleasure to listen to. I just wished that there had been more class customization or that the story would unfold in a more meaningful manner. With plenty of battling to do, an un-evolving system gets stale especially when you spend more time defending than actually fighting the foes that stand in your way.