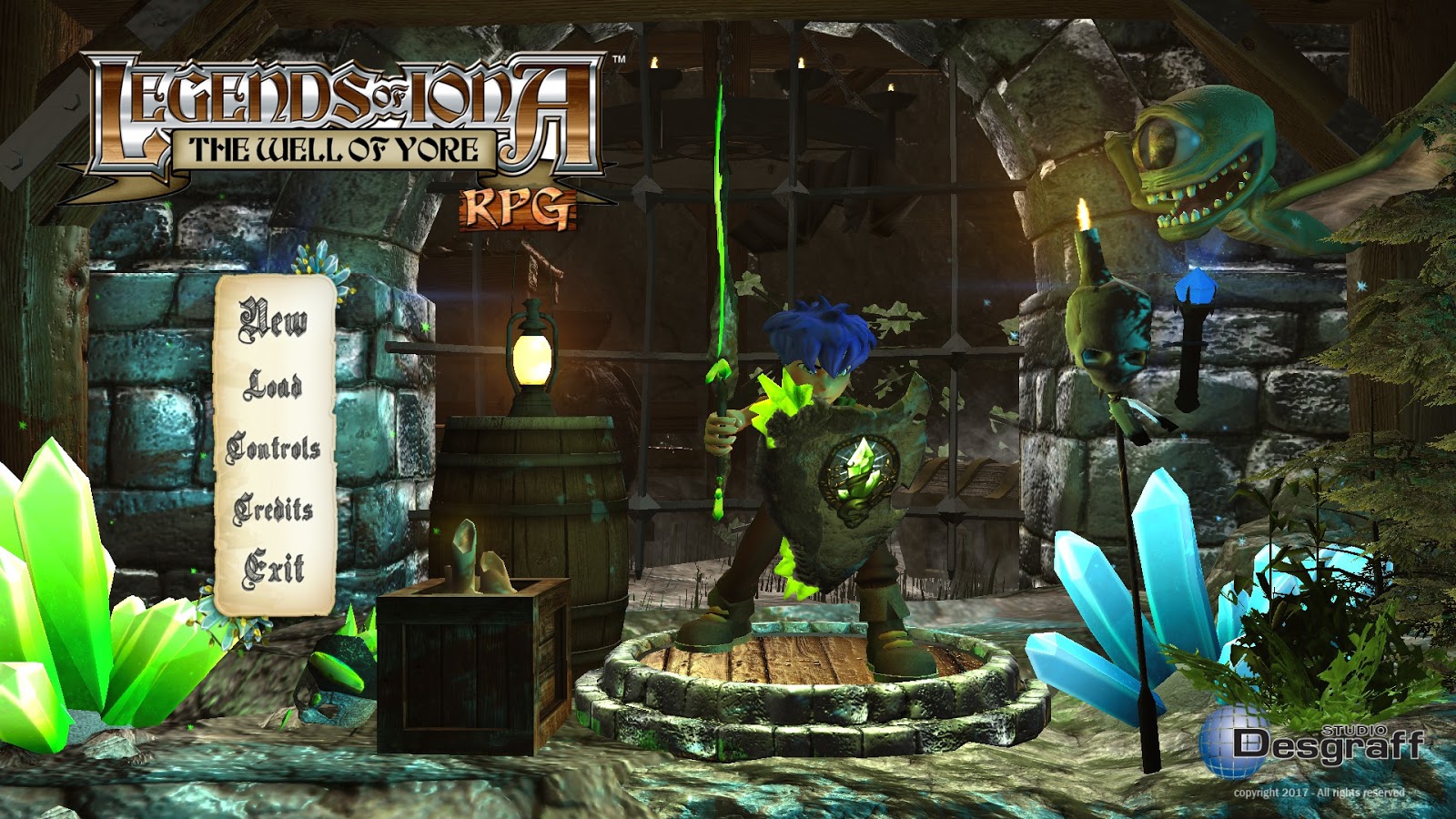 Legends of Iona is a dungeon crawling RPG that brought me back to the nostalgic age of 1997 before we had to worry about maybe losing our save data to the terrifying Y2K bug. Spoilers: We didn’t. With old schooled graphics and clunky controls, this witty adventure will have you testing your history, geography and coding knowledge while also laying an old fashioned smack down on your foes!

I’ll be honest that the controls even with a mouse and keyboard felt clunky and very old schooled in their thought process. Your movement and your camera use the same inputs and it can take a while in order to get the hang of it. While full controller support is there, the camera issue is more evident especially as the movement and viewing controls are on the same thumbstick. Once you get used to it, it becomes less evident though I would have preferred something a bit smoother in that department as even the menus use the right controller stick as a substitute for the mouse in which I often opted to do while in the menus.

Once you’ve settled into the controls, Legends of Iona has some solid ideas behind its gameplay. Having fallen down a well so deep that even Lassie wouldn’t be able to help, our “hero” Zaak has no other choice than to take up a sword and shield and start answering some multiple choice questions. When did you sign up for a test? Technically you didn’t but the devs went ahead and registered for you! 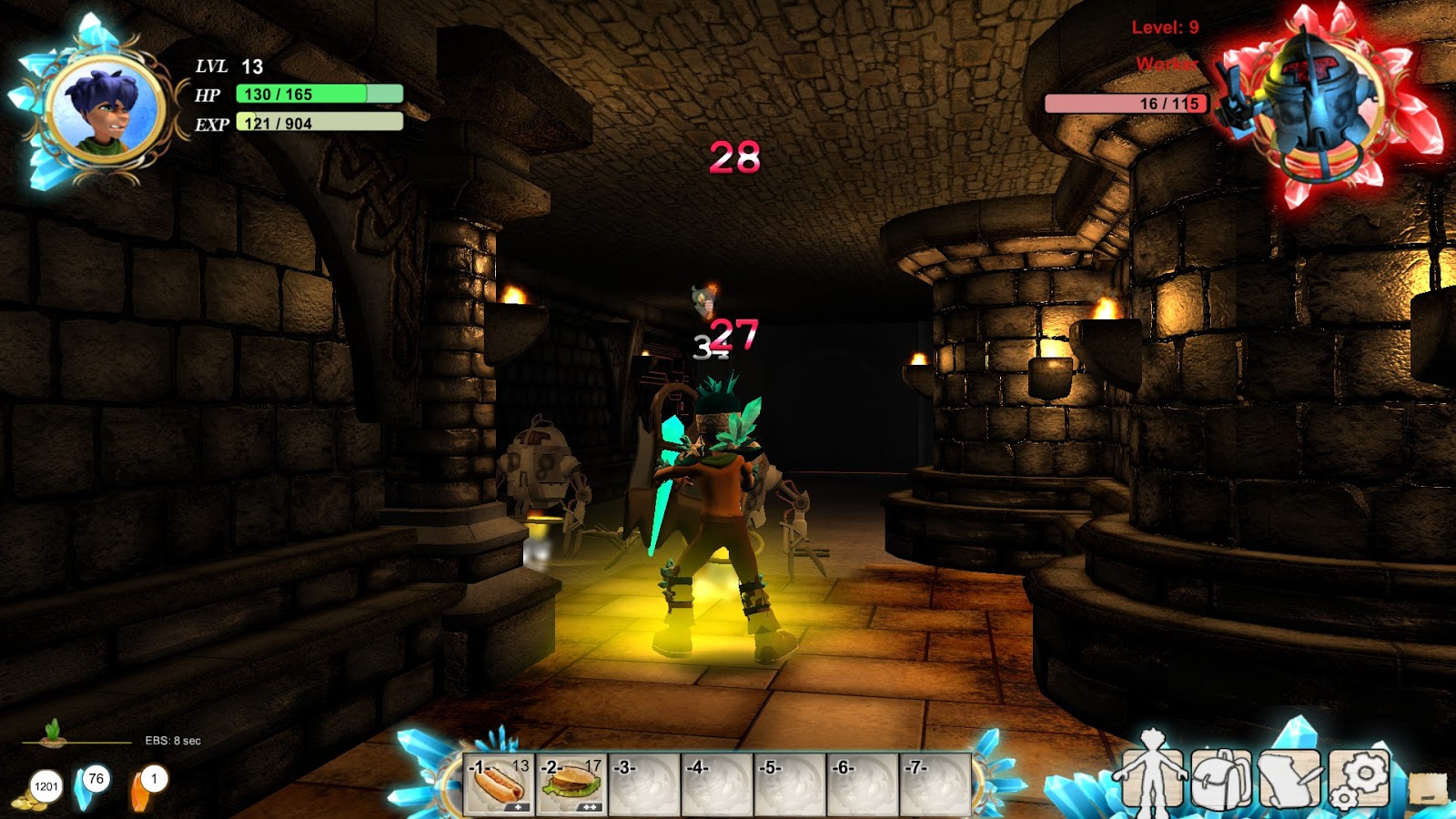 The combat mechanics are pretty standard with the ability to hit or to block your enemies attacks. Through the use of an RPG leveling system your character can become more powerful allowing him to deal more damage or take more depending on your needs before finding better equipment to help out the descent through the dungeon. The system is simple but in a good way as it allows the rest of the components to shine, and as stated by the devs themselves, allows Legends of Iona to be aimed at a more general audience.

Still worried about that previously mentioned test? You should be. In addition to attacking and defending against your foes, you’ll have to answer random multiple choice questions that can give you a bonus in battle. Get the questions right, a cheery ding will let you know that you’ve properly answered the question. Get it wrong? Well that will provide a not so happy sound. The brilliant part of these questions isn’t just that they give you a bonus in battle, but that there’s also a lot to learn in various knowledge categories. While I didn’t do too badly in the coding section I can tell you that I got a bunch of the history questions wrong. Better yet? The answers aren’t always in the same place so you do have to check your answer choices before submitting them. Someone didn’t want people getting complacent!

The floors that you’ll be going through are fairly hefty and interesting in their own rights. The designs get a change up, the layout styles and enemy types provide new challenges and thankfully if you bite the dust, there’s always the last “checkpoint” that was crossed with only your pride left in tatters. In order to keep you occupied, or help you level up faster, each floor will have quests that can be tackled which shows off Legends of Iona’s other shining feature. It’s dialog. 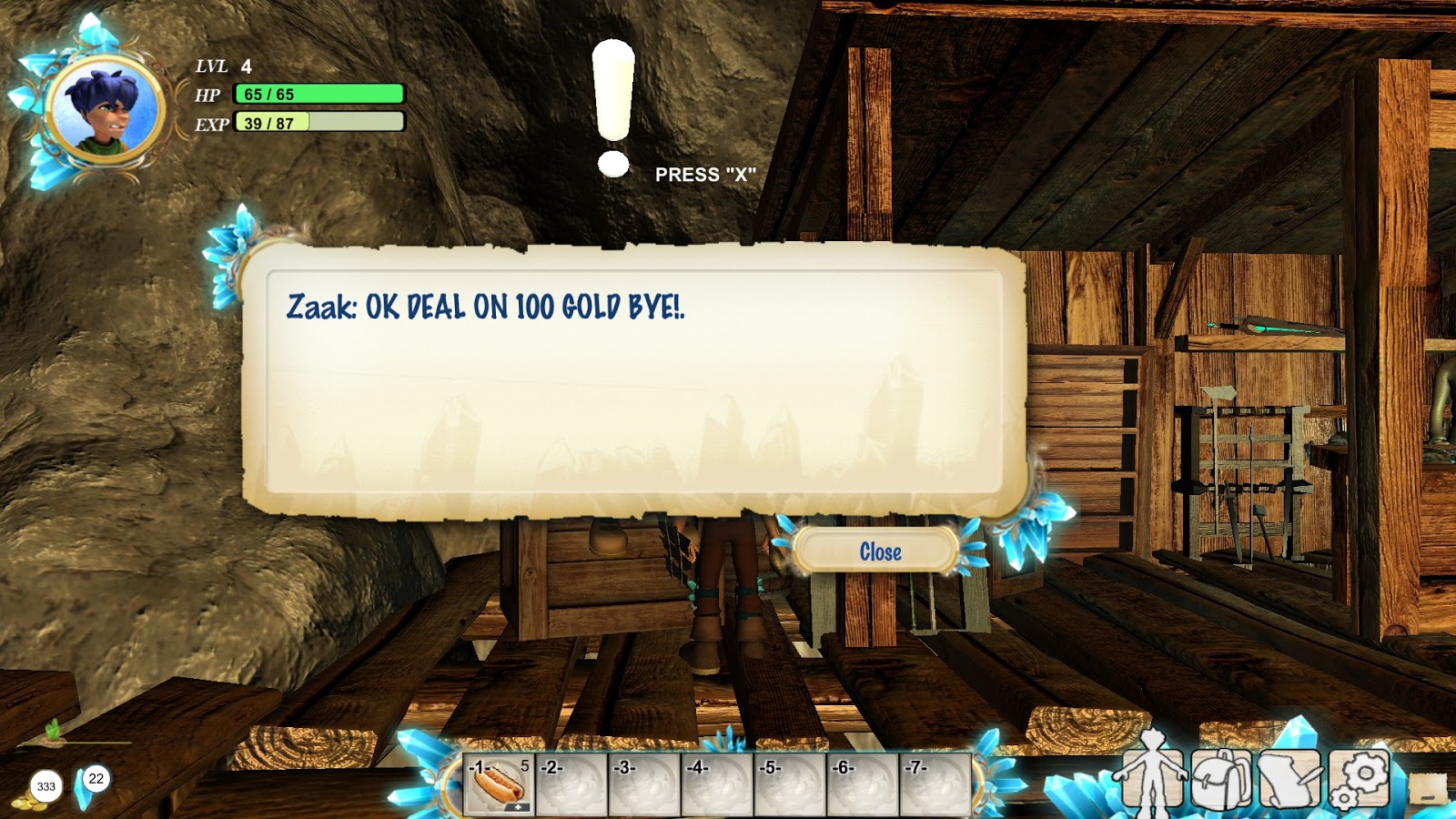 Legends of Iona does not take itself seriously and the dialog supports this with cheeky dialog between Zaak and the other residents of this underground world. I mean seriously, who in their right mind starts to build a city after falling down that far for all the others that will eventually also fall down? On the bright side this was in Zaak’s favor as he has a place to buy new equipment and stock up on food to heal himself up while defeating hordes of monsters that lay between him and his way back to the surface… several floors down? Let’s be honest that if they had built an elevator back up there would have been no adventure. So ridiculous side quests and adventuring it is!

If you’ve been looking for a fun and easy going RPG adventure there’s plenty of that to be found within Legends of Iona. While the controls could use a little bit of work, the rest is a shining example of a title in which the loves that the devs had for it shines right through especially considering that they even went to put in multiple choice questions about the development and the engines that they used! I look forward to what comes next.