comments Share
You are reading
Legrand Legacy: Tale of the Fatebounds – PC Review 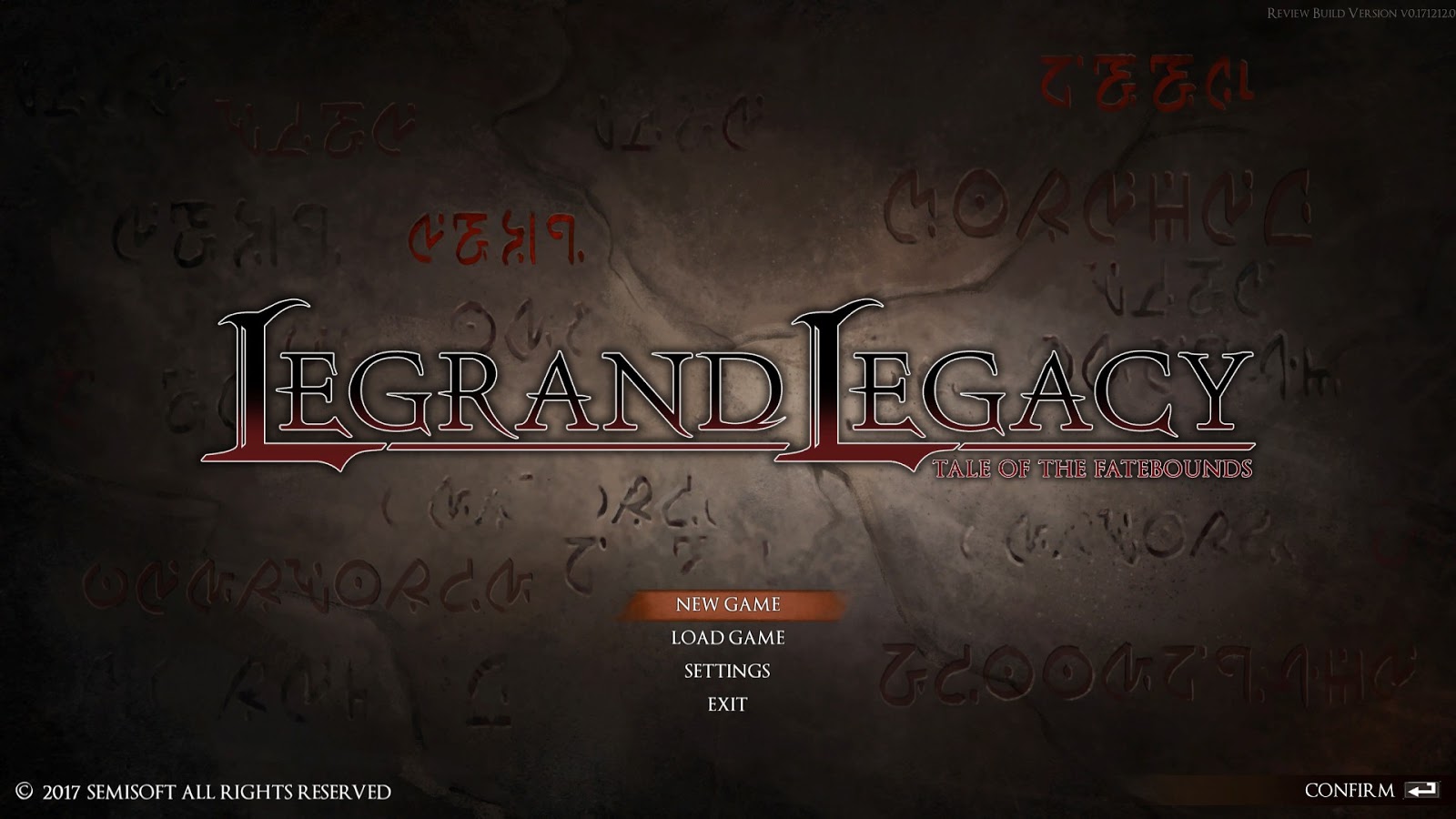 Quality “old schooled” RPGs are becoming fewer and farther between as the more open world and “immersive” styles take over. Semisoft’s kickstarted Legrand Legacy: Tale of the Fatebound is a nod to that previous level of quality which should make fans of the late PS2 / early PS3 era feel right at home alongside those of Mistwalker’s Lost Odyssey.

Legrand Legacy is the tale of Finn who, while yes cliche, starts off with no memories before a certain point. Having been used as a gladiator slave and full of scars, something awakens and he is beaten half to death by those that bet of the sure win of his latest fight. Being saved with his freedom paid for, Finn sets off with his new “master” into a world that he doesn’t know as a bodyguard and no longer enslaved to anyone.

What I appreciated from this while being cliche beginning of lost memories is that Finn doesn’t whine about it. It is what it is as he had bigger issues on hand such as trying to stay alive to supper another day. Freed and setting off across an apparent dangerous quest it doesn’t take long for things to become interesting as you start finding out more about this world’s lore. 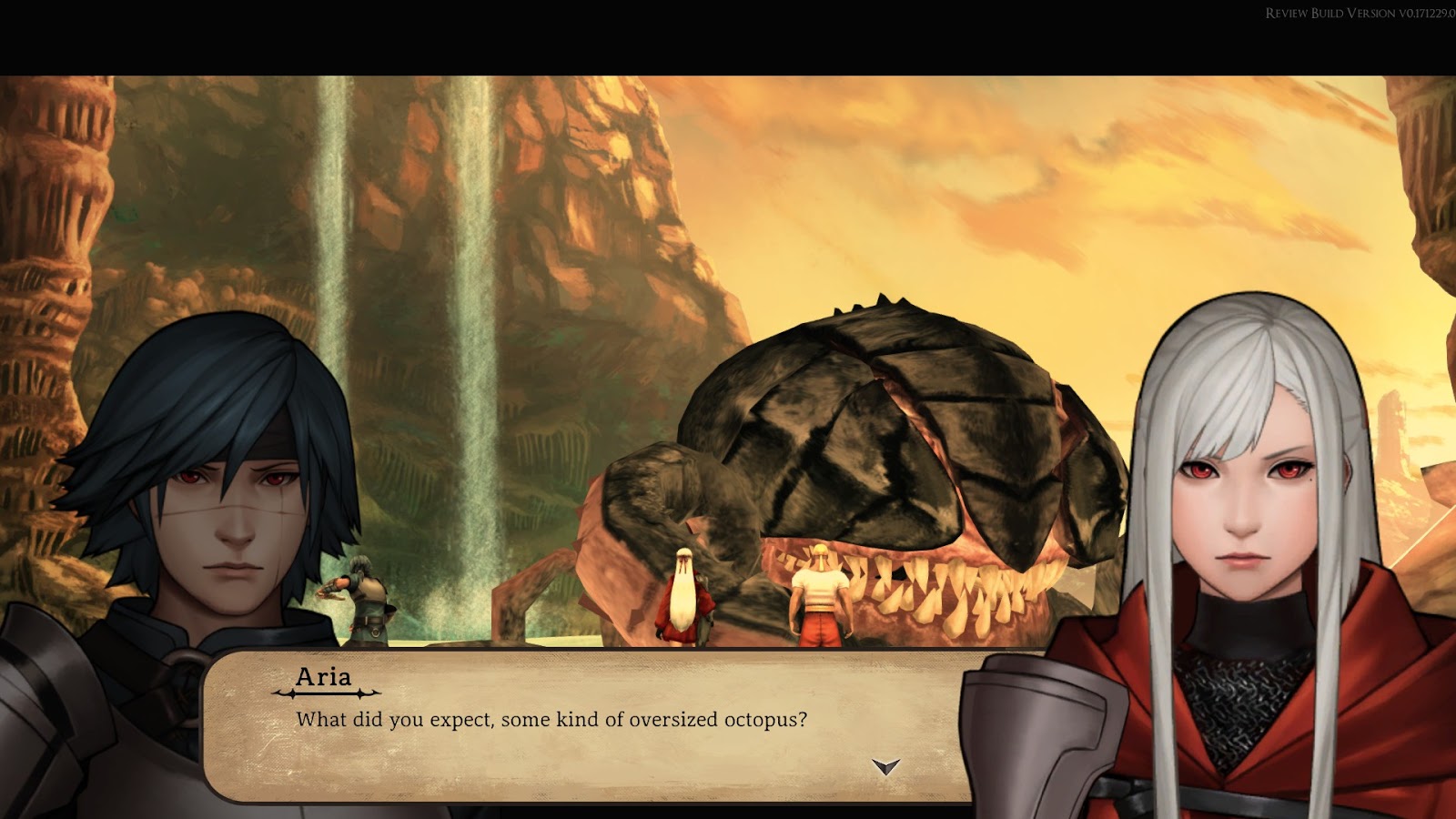 From a design perspective, Legrand Legacy plays out like an old schooled JRPG with that classic third person isometric view. The landscapes have details which make the environments feel like people have gone through them instead of another empty field with no reason to walk through it. This can be seen in the skeletal remains that can be found which contain collectibles such as healing potions. The other thing that makes these places feel inhabited are the monster shadows hovering around letting you know that you really aren’t alone out there.

Combat is the make or break of any lengthily RPG. If you can simply clock and spam “ok” what’s the point? This is where fans of Lost Odyssey will find plenty to love as the combat system is a take on its as in order to properly land or defend against a blow you have to hit the sweet spot on the attack or defense trigger. This really means that you can’t simply clock out mentally as if you do you’re as a good as dead. Monsters really don’t hold their punches back even early game.

Not simply copying what has already been done, Semisoft took things even further with the attack and defense trigger. The sweet spot is not always in the same place and nor is it always the same button to be pressed. You really have to pay attention to it and if you’re defending? Then it moves in the opposite direction. Haven’t defended in a while? It’s likely to catch you off guard as I often forgot it moved that way short of a boss battle where it’s almost necessary to have someone constantly defending as the better you do, the more damage that is reflected. 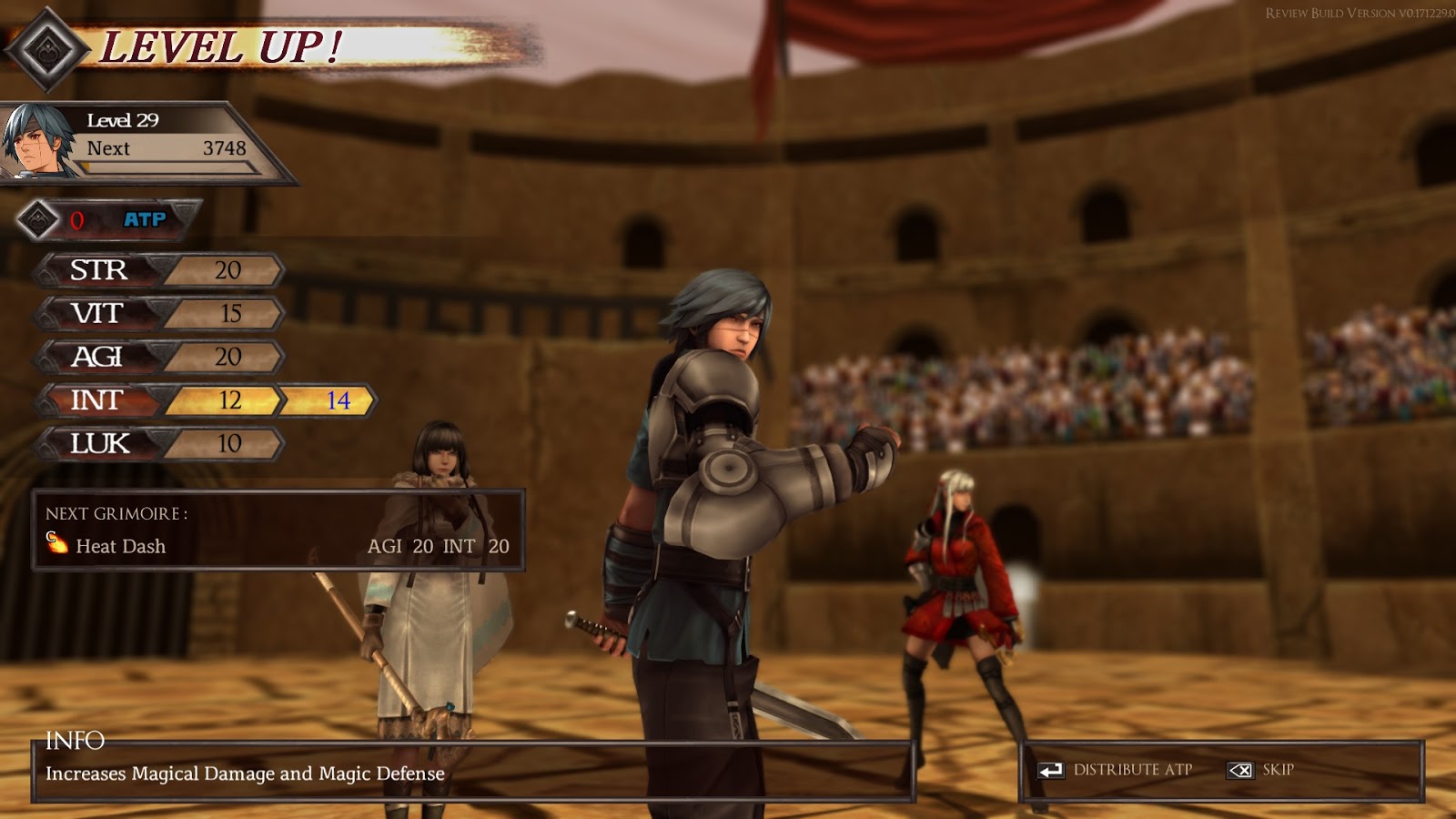 Adding to the above is that while there is a front and back row to position characters, their positions matter. This isn’t new but it adds onto the rest of the systems and adds an extra layer to the strategy as a long ranged attacker should always be set behind a front liner as it provides extra defense both because they are less of a target and because they take less damage as they are harder to hit.

In terms of playing everything out, once the choices are made all attacks are done simultaneously with everyone involved moving across the field of battle. Getting perfect on the attack triggers could interrupt an opponent, they could interrupt a spell, it’s really anyone’s game as everything plays out. It’s also nice to see those animations as they are done quickly and add to the immersiveness as you can see why something did or did not work as well as you had hoped.

Even without the nostalgia behind it, Legrand Legacy: Tale of the Fatebound is a solid RPG experience that is focused on the telling of a tale instead of a giant open world begging to be explored. With well written dialog, interesting characters and world lore there’s plenty to love especially if you’ve been looking for that older schooled approach.