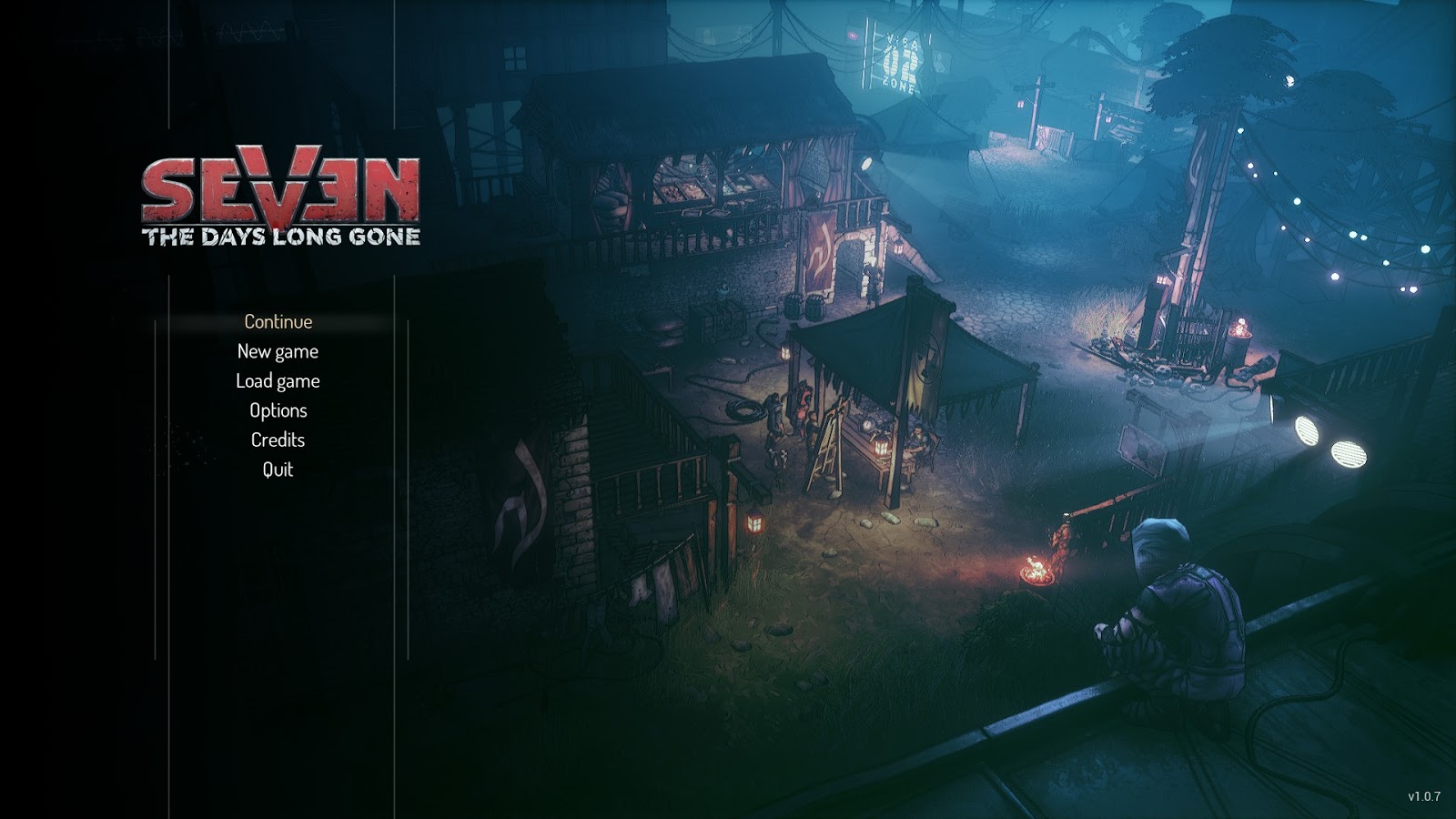 Some jobs are just too crazy to attempt but what kind of thief would you be though if you didn’t jump on the chance for even more notoriety? Teriel is one of these thieves and while the job itself was pulled off without a hitch, something didn’t quite go according to plan. Now stuck with a spirit being inside of his mechanical retina he’s got a whole new set of problems to deal with.

Seven: The Days Long Gone is an action adventure stealth based parkouring RPG. While it sounds like there are a lot of styles thrown into the mixer, it comes together smoothly. Whether you are crawling around in order to avoid the gaze of the guards, an unsuspecting pickpocket victim or simply running full tilt and jumping from one roof to the next because you can’t be bothered with the streets below, the controls are responsive leaving anything that could go wrong up to human error.

Now while you can either sneak around or run full tilt like something is chasing you, in which certain cases this will be the point, the name of the game is to not be seen and sometimes that means acting like a normal person. Seven with all of the features that allow you to either be a super stealthy thief or a parkour extraordinaire. I know it sounds boring but while it can be it’s a necessity as you’ll need to blend into the crowds to properly scope out various areas as well as talk with the locals and pick up sidequests. 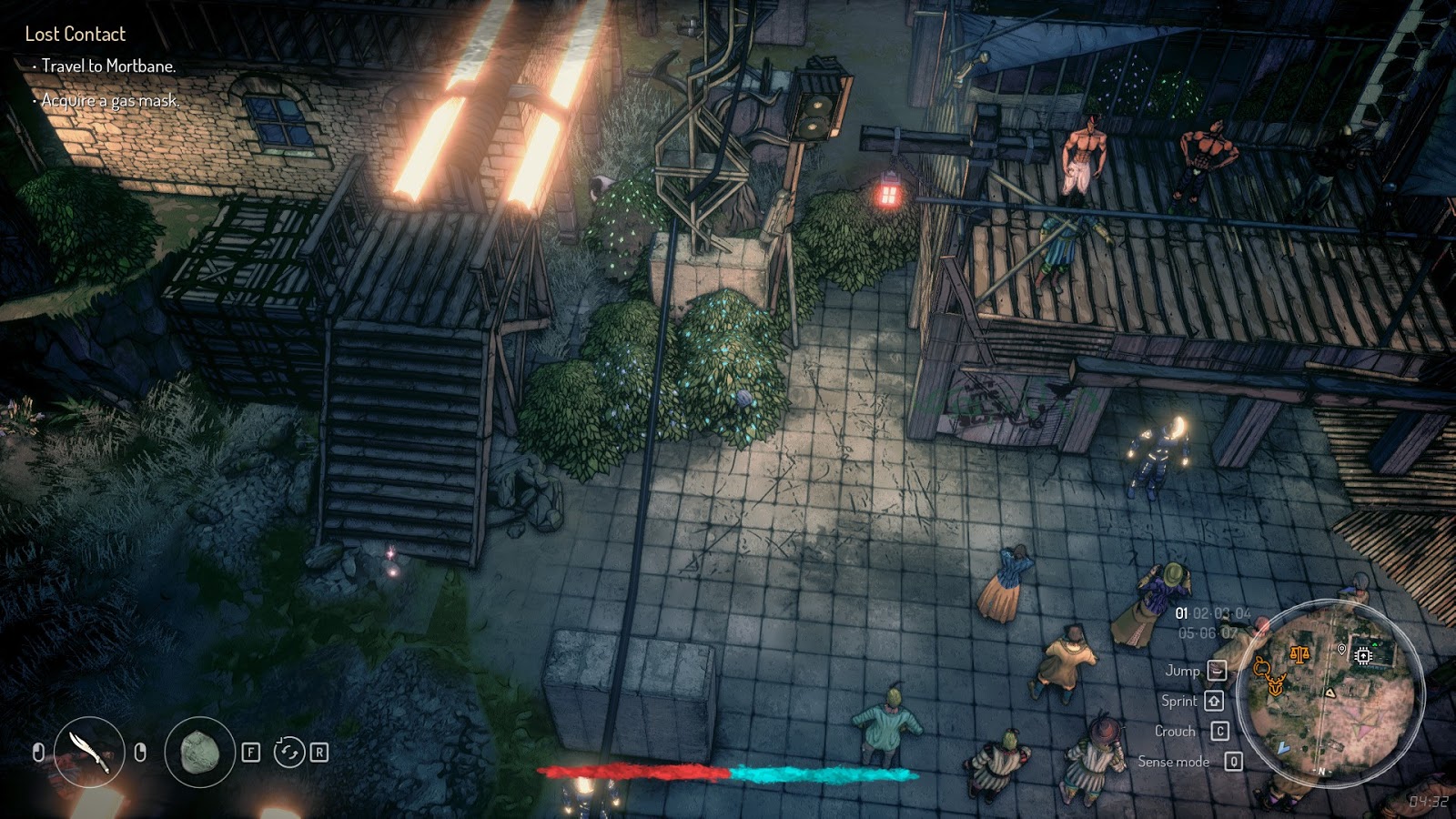 When you’re done acting like a normal person things get more intense and the true test of your skills come into play. There’s no real “one-way” to do things often enough leaving you various options on how you wish to proceed. Do you talk with random people and bribe your way in? Do you sneak over to the door and pick the lock? Or do you scale the building and find a window to slide into saving you the chance of breaking one of your picks? All are up to you and each is just as viable the next. Having no one option was great because it meant you could be inventive and go about the adventure in your own way if something wasn’t working out according to plan.

The stealth options are great though what really impressed me were the options to parkour your way through the environments. Throwing stealth to the wind, Teriel can easily run around and jump from one platform to the next or pull himself up if he caught the ledge. The mechanics are smooth and helps separate Seven from the other top down isometric styles which keep players firmly planted on the ground. Knowing what was above or below was always important especially when running away from someone who spotted you stealing from them!

I love a good stealth-a-thon but what I need alongside that is the option to simply “go to town.” Plans are all well and good but we all know that sometimes you simply need to get your hands dirty and Teriel is very well equipped for the job. Daggers, swords, staves alongside various armour pieces that will sometimes make you question if it’s worth looking like a dork for your defense stat are more than available for the right price. 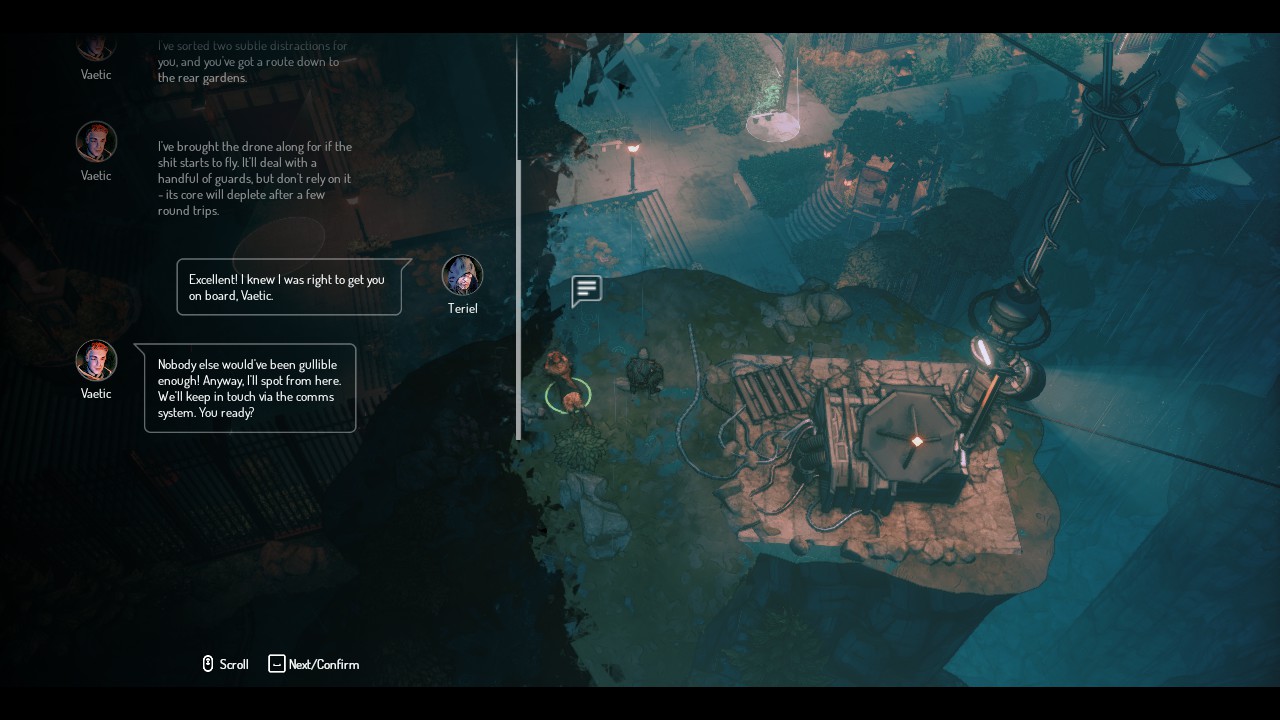 Fighting off would be defenders of personal belonging or guards because they didn’t appreciate you running on the rooftops leads to a lot of fun. Combat, like everything else, is all in real time with dodging mechanics to help avoid incoming blows. There’s a solid system behind this though it should be expected to see the game over screen a few times as enemies are tough. Seven is designed that you can either walk and talk your way through or find a way to sneak around. That said, the fact that a well designed combat system is in place to support you was great to see as it leaves the final choice of what kind of thief you are to you.

With how well designed everything is there is one shortcoming that could get it in the way and that is load times. Dying is easy especially in the early stages with city guards being so freaking powerful to your almost nothing on hand. Ran and miss-timmed your jump? Numerous ways to die are out there and sadly the load times especially on repeated deaths while trying something out could wear on the patience a bit because of how long they took.

Overall Seven: The Days Long Gone is a great experience. With many different approaches for you to decide on what kind of thief you want Teriel to be, there’s plenty to do and plenty of ways to do it.