This week in Jaggy’s corner I want to talk about something huge. For the first time ever, the Olympics made tentative space for esports, which was played before the main events. Eighteen professional Starcraft II players had to qualify to be part of the Olympics, where they would have a shot at $150,000 – a figure much higher than gold medalists in a variety of different disciplines. 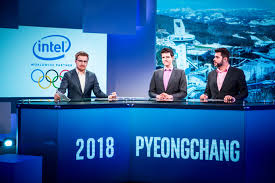 The decision to include esports in the Olympics was challenged by many, including the International Olympic Committee (IOC). Some people understand how esports fit into the international stage while others don’t see it that way. It’s just video games so how can that be considered a legitimate sport? I mean, players train several hours per day perfecting their craft. They have to eat right and follow a regimented schedule. They sacrifice their social lives to analyze and improve upon builds, strategies, and concepts. Players travel the world to attend events where they compete for money. But no, to some people, esports don’t sound as difficult as the struggles of a professional hockey player for example. This industry couldn’t possibly have millions of viewers every single day on platforms like Twitch, Mixer, or YouTube. Perhaps the populous could consider the following statement which I’ve quoted from Yahoo! sports.

At a time when virtually every other sport and entertainment option is losing viewership and market share, esports are expanding at astronomical rates. A Newzoo report pegged esports’ reach at the end of 2017 at 385 million people, with projections of 589 million fans by 2020. Intel’s Extreme Masters series has grown year over year; a two-week 2017 festival in Poland drew 170,000 fans and an online audience of 45 million.

Source: Olympic medals for video gamers? It could happen, sooner than you think

Clearly esports don’t have the same competitive demands like “normal sports” do, but I digress… 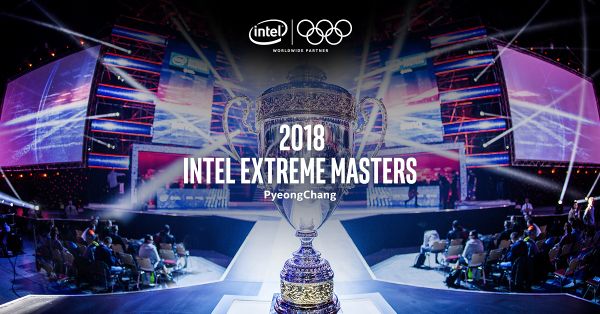 Over the course of the week, people from all over the world have taken an interest in PyeongChang, whether it be for figure skating, cross country skiing, speed skating, snowboarding, hockey, etc… And during this time, Intel Extreme Masters (IEM) put on the Starcraft II Olympics featuring the following professional players:

The full details of the qualifying requirements leading up to the Olympics can be found on ESL’s site:

If somehow you missed the games or the news about esports in the Olympics, the winner of Sc2 PyeongChang is none other than Toronto player Sasha “Scarlett” Hostyn, which makes me quite happy. She has proven herself to be the best professional player in the Sc2 scene, and now she is world famous. Talk about being a class of her own…

Because of her win, Canada earned yet another gold from the Olympics.

If you want to watch any of the matches, YouTube has a playlist containing many of them. Here they are: 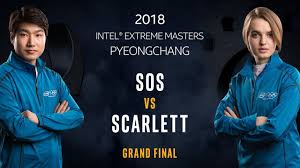 Despite the IOC not completely recognizing esports as a legitimate sport – a fact that can be debated on either side – it did not anger me as much as an articles careless and offensive statement did. In it, the writer commented about Sasha “actually being female”. I don’t know if that person was trying to make a quip about the fact that Sasha is legitimately female in the eyes of the law, or if it was the fact that a female could play at such a high level. Either way, I have some choice words for that writer and none of them are good. Accept the fact that society has evolved to be inclusive or step off. We get enough of that crap on Twitch and we don’t need lowball shots like that in news media on an international scale.

(On a slight side step to that, if that writer had met Sasha in person and spoken to her for any length of time, they’d know that she is actually a really kind person undeserving of the potshot you threw into your article. Yes, I’m calling you out. Deal with it.)

Regardless, it’s been an exciting Olympic filled week and I don’t think it’s fair that the IOC blatantly disregards esports as valid sports. So, I’m curious to know what you guys think about the idea. Should esports have their own version of the Olympics or should they be allowed in the with the other sports?

You can find me on Twitter @Jagtress so hit me up with your thoughts.

All images belong to their respective owners.