Today in Jaggy’s corner I’m going to talk about a new game that has got me thinking a lot. In fact, I’ve used a few pages to scribble ideas onto… This all started with a friend providing a link to an article about this game called Cypher and I just had to have it. Within a day I managed to get my hands on it and now here we are, 3 hours played and only 8 puzzles solved… HO BOY!

Cypher is a first person puzzle game that teaches a player about cryptography, its history and introduction to different types of codes. That’s right, this game is all about codebreaking and something that is interesting to me – which is a story for another time. Its graphic style is very minimalist a la Antichamber (an amazing game that deserves your time if you haven’t had the fortune to play it.) While the over saturation of white walls kills my eyes, it lends itself to having the ability to easily solve some of the puzzles far more easily. The idea is that on a pure white wall, one can see text sizing differences more easily. 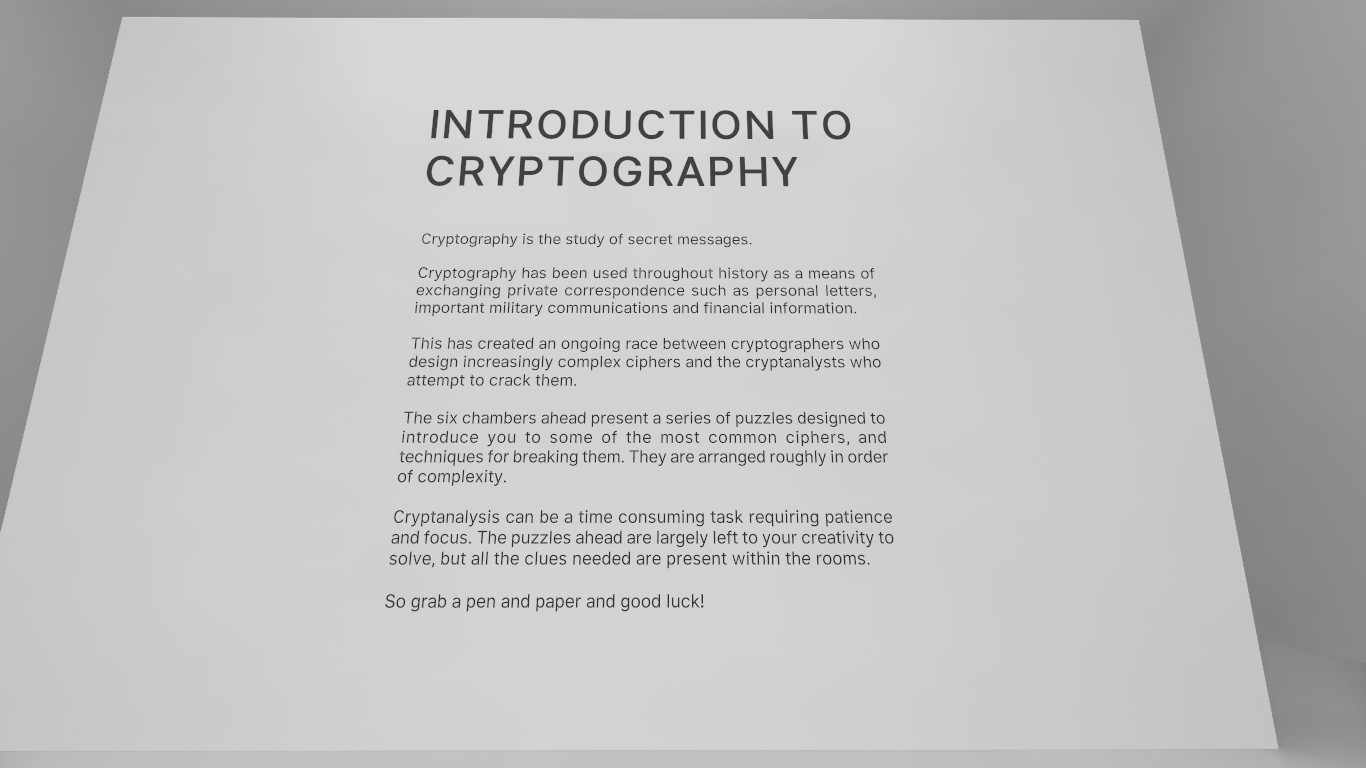 Anyways, you can adjust the brightness but the whole game is set in a white museum with black writing on walls (Literally.) This is probably my only criticism of the game because I have somewhat sensitive eyes – which is why I use f.lux. Think of the eyes Matthew Brown!

Cypher is an intriguing game because while you are given explanations on different cryptograms, it does not hold your hand. In the various rooms, information is provided to help solve the various cyphers, but don’t expect it to be a walk in the park. I love these kinds of puzzles and this is challenging as hell. So far, I have solved 5 of 8 puzzles in the first room and only 2 in the second room. (It would probably help if I didn’t attempt to solve these puzzles at 1am when I’m only half paying attention…)

Honestly, this game is hard as sin. Next to me are pages filled with weird notes, in no particular order, that would drive onlookers mad. That said, Cypher reminds me of the Myst series and how I dedicated a book to figuring out puzzles. (I still maintain that Riven was the hardest in the series at release time.)

Matthew Brown, the creator of this game, knew that people would get frustrated so he included calming piano music, although I suspect that wasn’t just happenstance… Studies have been conducted about music’s role in assisting the cognitive process by somehow making it easier to solve math problems using classical music. And since a lot of codebreaking requires the ability to see patterns, the inclusion of classical music was likely a deliberate decision. 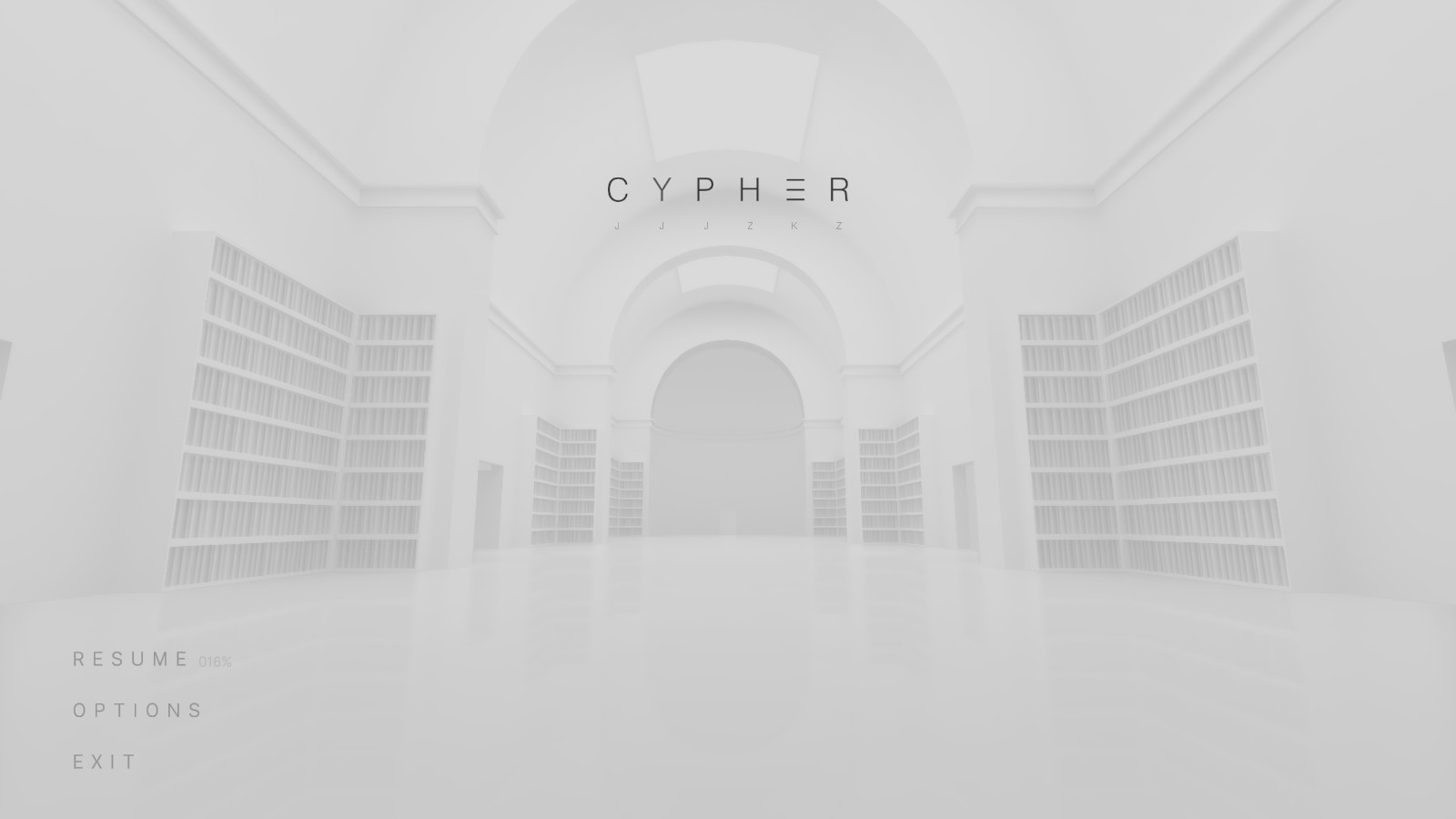 I think one of the best things about this game is the fan reviews on the steam page. A lot of people have taken the time to create cyphers of their own then posting a message in code. If anyone wants to read these messages, they’d have to decypher the code. That level of dedication and appreciation for the game is quite telling, in my opinion. It also makes me want to decrypt them all…

Anyways, that’s all I have for you this week. I don’t always want to bombard people with news about Rocket League, although the tournaments beta system has been a success so far. The amount of options people have available to start up their own tournaments in Rocket League is fantastic. We also got a small taste of some minor new options in the game. As always, the updates about the game can be found on their website: www.rocketleague.com

As always, I can be found in a variety of places like Twitter and Twitch (@Jagtress). Feel free to drop me a line!