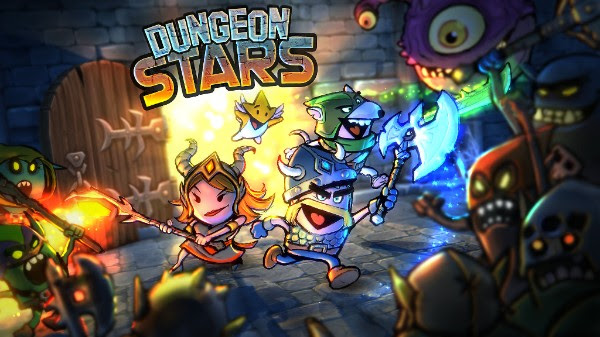 It’s always interesting to see multiple groups working together on a project and so far Dungeon Stars is looking good. We’ll hopefully have more to come on it in the near future but in the meantime here’s the trailer and the Press Release!

RIPOSTE GAMES & CO TO PARTNER WITH FURNACE GAMES, THE CREATIVE TEAM BEHIND DUNGEON BOSS AND CASTLEVILLE

Critically acclaimed independent developers to join forces and deliver first project “Dungeon Stars” to be released for PC, mobile and consoles in 2018

Montreal, Canada, February 6th, 2018 – Riposte Games & Co, the developer behind smash hit Mini Guns and Dallas based Furnace Games, spearheaded by industry legends Allan Ditzig and Jim Montgomery, announced today that they have signed a partnership agreement under which Riposte Games will have the opportunity to publish the next two games developed by Furnace. This partnership enables both companies to take advantage of their respective expertise and establish high production value for their upcoming titles. The first game, called Dungeon Stars, is a hack & slash dungeon crawler, scheduled for release in 2018.

“We just upped the ante, dramatically”, said Johan Eile, CEO of Riposte Games, “With this deal we have added Editors Choice quality talent to our power team. Dungeon Boss was a staple in the top grossing charts in 2016 and is still a very good game and to be able to collaborate with the talent behind something like that is obviously awesome. Besides creating Dungeon Boss and Castleville, the Furnace teams rapsheet spans 25 years and includes games like Mortal Kombat, Dark Age of Camelot, Stuntman, and Terminator.”

Riposte Games & Co is the developer behind Shop Heroes and the team released F2P hit Mini Guns earlier this fall and the game is off to the races with prominent features across all platforms. The game hit over a 1M downloads in less than three weeks after launch and is currently doubling down on a massive update due out in March. The team currently has two games in live operations and another two games in development. As part of an aggressive growth strategy Riposte Games & Co is actively looking to partner with top-level talent to create new, evergreen intellectual properties.

“We have had the opportunity to collaborate with the Riposte team over the last couple of months and to tap into their cross platform expertise for our next games will be a major difference maker”, says Jim Montgomery, CTO and Co-founder at Furnace Games. “This type of partnership allows us to focus on the creative innovation and push the boundaries of the next generation experiences.”

Mathieu Rouleau, Chief Creative Officer at Riposte continues; “Montreal is a hotbed for talent but to compete on a global scale you have to work with the best. The Furnace team is composed of bonafide game development rock stars and luminaries.”

After leaving AAA console development in 2011, the Furnace team has focused on free-to-play with Castleville at Zynga and more recently with Dungeon Boss at Boss Fight Entertainment. The team broke off from Boss Fight in 2016 to create an innovative development pipeline that allows for rapid feature and content development, necessary tools for today’s competitive landscape.