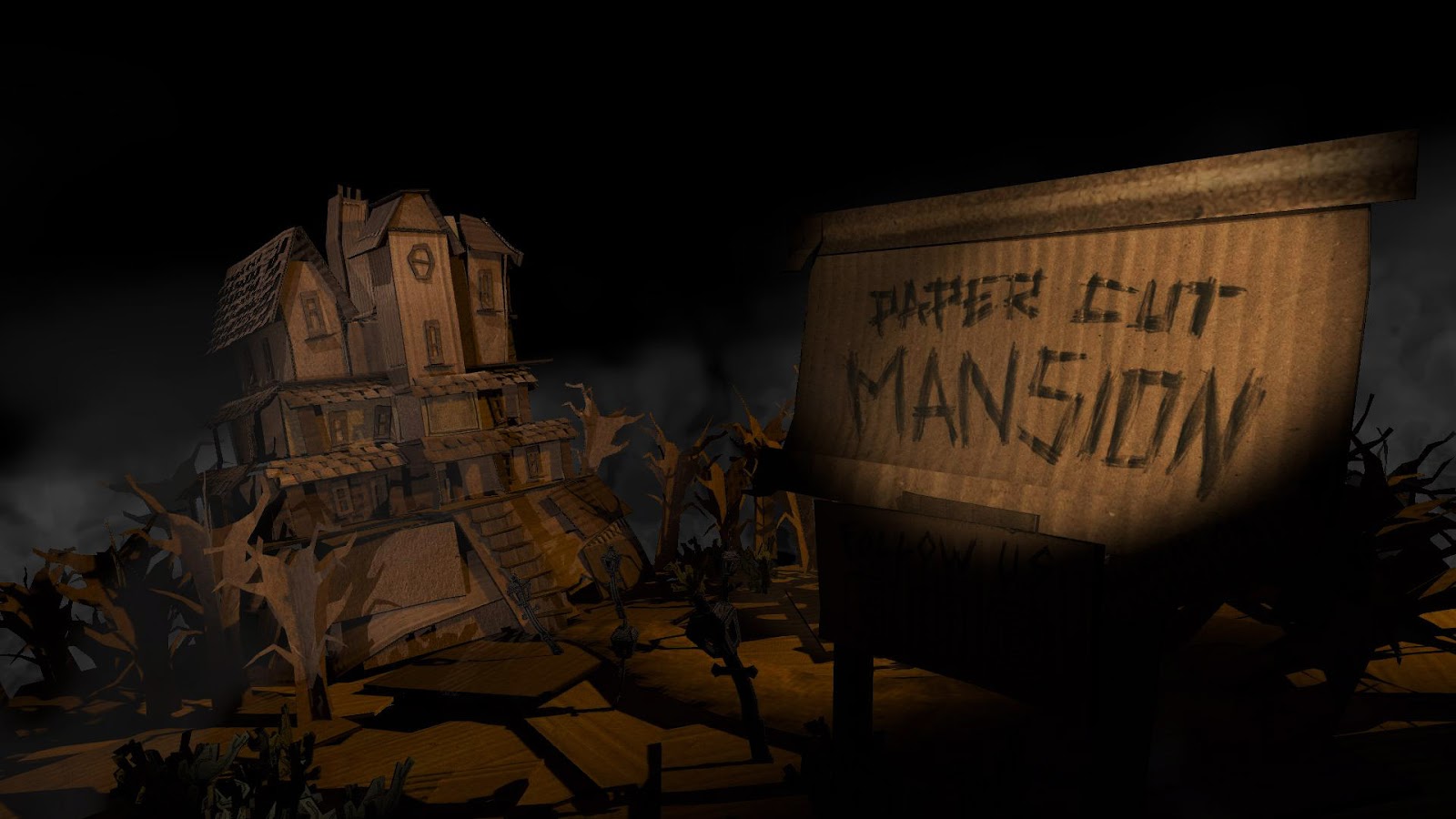 Other than our “fearless” leader, there are not very many of us that will dive into the horrors of the night short of a REALLY good excuse. Paper Cut Mansion may be one of these said excuses for me as it looks really good. I’m going to need a nightlight after this…

Here’s a trailer and the Press Release!

Paper Cut Mansion is a procedurally generated roguelike horror game set in a cardboard universe full of surprises. Trapped inside a paper prison, you’ll need to solve riddles, tackle puzzles and battle the mansion’s unusual inhabitants in a bid to unravel the secrets of how and why you’re there – and, hopefully, escape with your life!

The stunning, handcrafted art style was achieved by creating real-life cardboard models and scanning them into 3D modelling software, bringing the developers’ imaginations to life. For the team, it was important that the cardboard didn’t lose its flawed qualities in the rendering process: it’s the blemishes and defects that give Paper Cut Mansion its unique and unsettling atmosphere.

Developer quote, from Space Lizard Studio’s Gabriele Caruso: “My colleagues and I were in a transition phase after launching our previous game Dragon Brosfor Xbox One, and during that time I was moving home and was surrounded by cardboard boxes. The emptiness of the new house, and being surrounded by cardboard boxes, made me think that being alone with them was one of the most terrifying things. It was like a maze. This is how we came up with the concept, the fear of the darkness of the unknown in a cardboardish atmosphere.”

You can find the Space Lizard Studio website at spacelizardstudio.com.