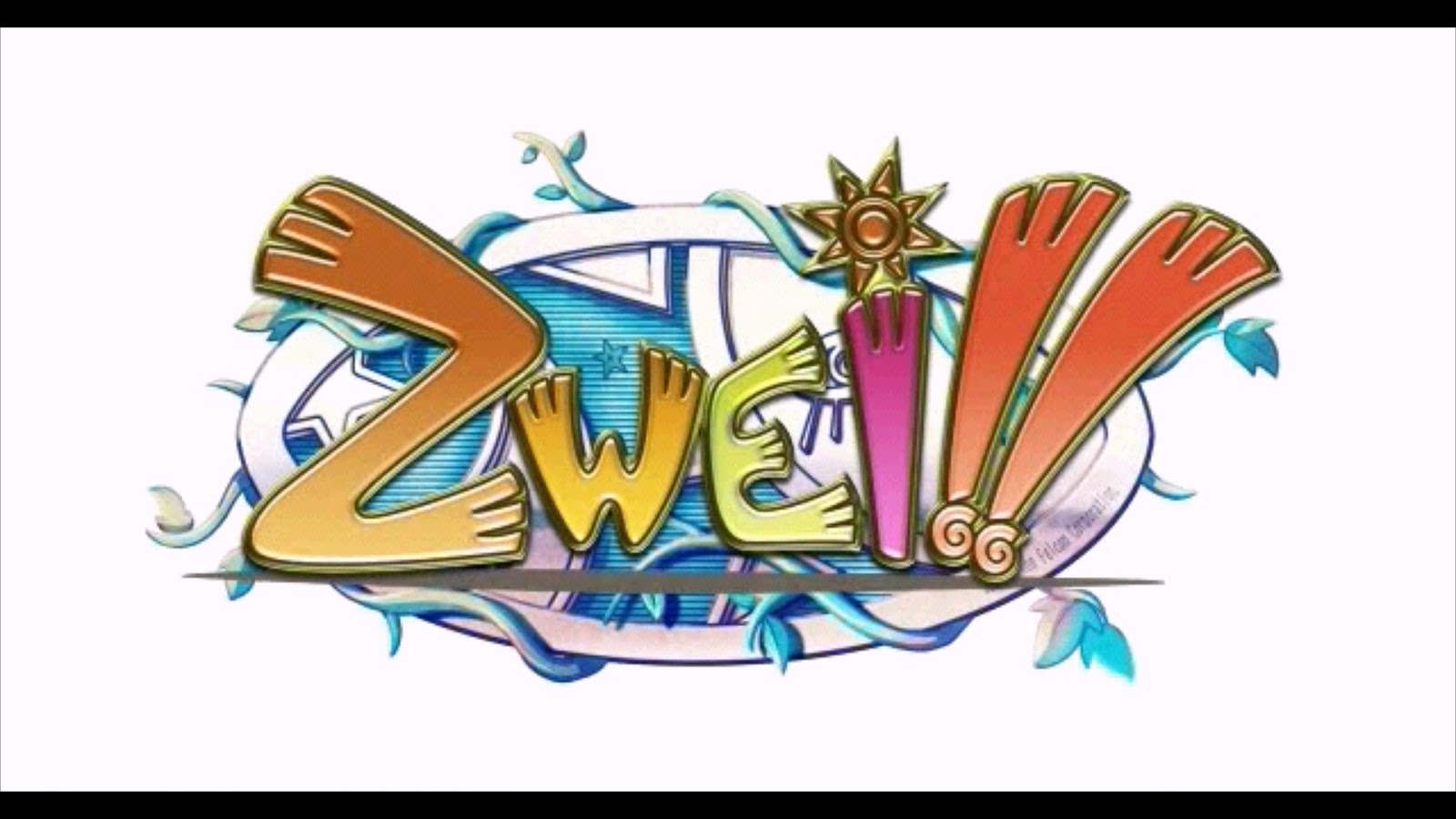 I feel like I’m doing things slightly backwards here, as I reviewed Zwei 2 first, and now the first. Well, I did say I wanted to see it released, and it is, so I’d call that a win. While the first zwei certainly shows its age, it’s a charming adventure through a fantasy world filled with puns, monsters, puns, conspiracy, and puns. Did I mention all the puns? There’s a lot, and they’re great.

In zwei you follow the adventures of Pokkle and Pipiro, two siblings that are energetic and adventurous, and lazy and coarse, respectively. When the idols in the local shrine are stolen by “Masky McMaskface” (named by our hero/heroine) it’s up to Pokkle and his sister Pipiro to retrieve the idols for the town, and maybe that nice reward money. There are plenty of characters and items to interact with, almost all of them providing either a useful hint or a pun by Pokkle. If I were to compare to Zwei 2, I’d have to say that the story and feel of this first zwei is distinctly more charming. I felt more engaged with characters, and the banter was especially refreshing and hilarious. Characters aren’t static either, and may roam around town and visit other locales.

Gameplay is similar to Zwei 2, if you’ve played it or read my review on it, but basically you’re given a world map to physically roam about, and you can enter locations that may have a dungeon in them by interacting with them on the map. Once within an area, or town technically, you resume control of both Pokkle and Pipiro (hence where the zwei part comes in, as zwei means ‘two’ in german) to deal with monsters for their sweet food drops, and beat up evil cats to find the idol statues. 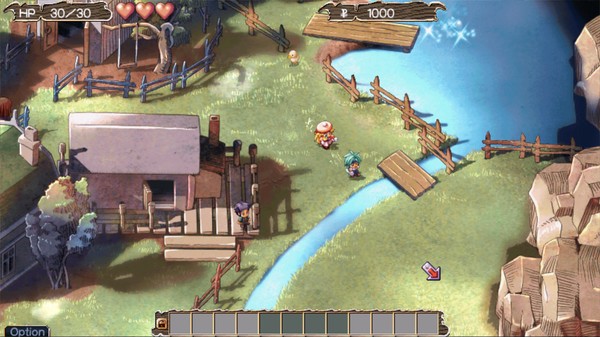 Within dungeons, you can attack monsters with Pokkle using a katar dash attack type thing, or with Pipiro using magic, and you can swap between the two on the fly. Both of which have their own effective usefulness, as I found Pokkle to deal significantly more damage, but get hit a lot more, and Pipiro dealt less damage, but she could snipe at things from out of range.

As you traverse through an area, you will encounter traps and puzzles that need to be overcome to progress. You can purchase/find bombs to use to blow up troublesome boulders and turrets, and find delicious food dropped by monsters, because why wouldn’t dangerous creatures carry around lollipops? You can also snag yourself a pet that you can bring with you to attack enemies or collect drops for you.

So about that food I mentioned? Well, it’s the only way you can get exp, which means you’ll be levelling off the food. If you manage to collect ten pieces of food, you can trade them in for one, better piece of food. For all you hoarders out there, like me, this is a bit of a nightmare, as you just wanna keep all the food, and then you’ll have no levels and get slapped around by the bosses. 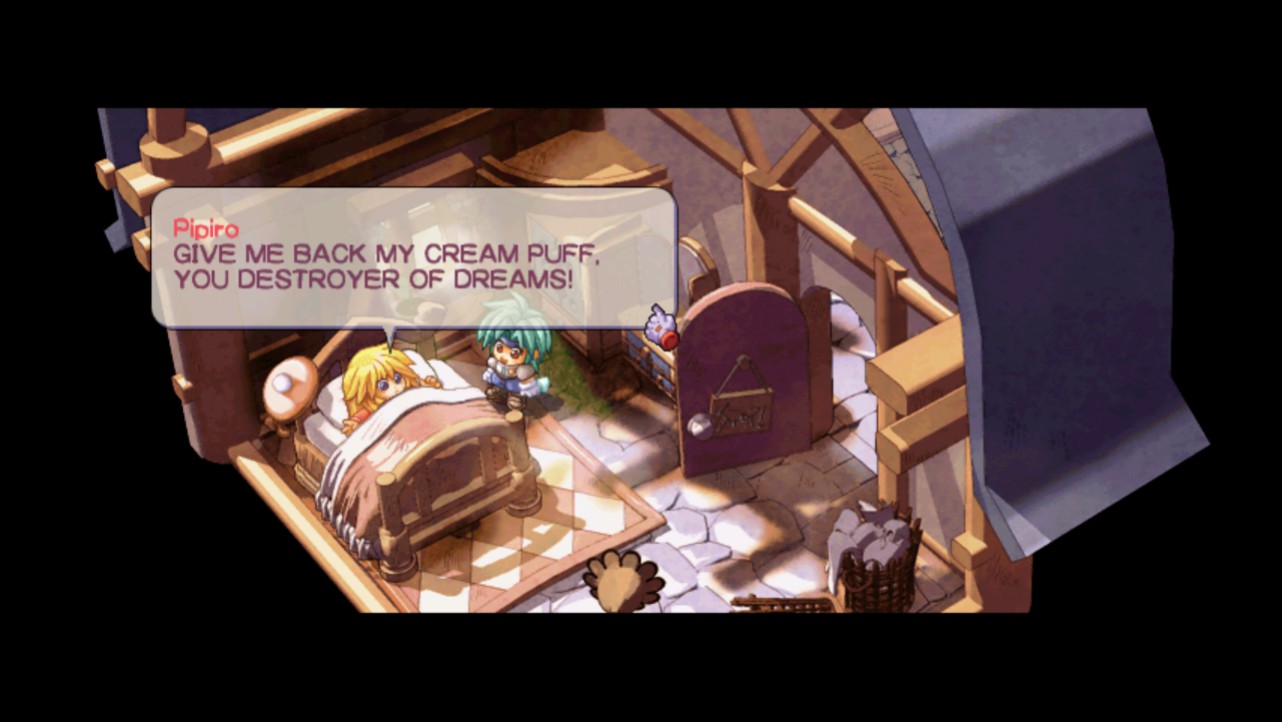 There are a lot of cool little aspects to the game, such as the adventure your pet goes on when you leave it behind. Your pet will wander around and find treasure to give back to you. As your pet wanders, there is a little screen that pops up in the upper right corner of the screen, and every time the pet reaches a point where it need to make a decision, you can choose what your pet does, or let it randomly decide for itself.

Admittedly the graphical quality is reminiscent of ye olde PS1 style graphics, and it would really do well with a graphical update. The music is pretty solid and the environments are rather colourful, but a lot of the time I found myself wondering where enemies were because they either were hidden behind the scenery, or blended in way too well. After seeing Zwei 2, I was seriously hoping that they would have given at least an upgrade to the original visuals, but it’s closer to simply an NA release.

There was a lot I both liked and hated about Zwei. I really liked the puns and I found the characters and story to be really engaging. On the other hand, it can be really confusing figuring out where to go or what to do at times. As an example, at the beginning, you are directed to go visit the aqua gardens, but you can’t actually get all the way through. Instead, there’s a pressure plate in the forest that I missed, because you need to stand on it longer than I did. 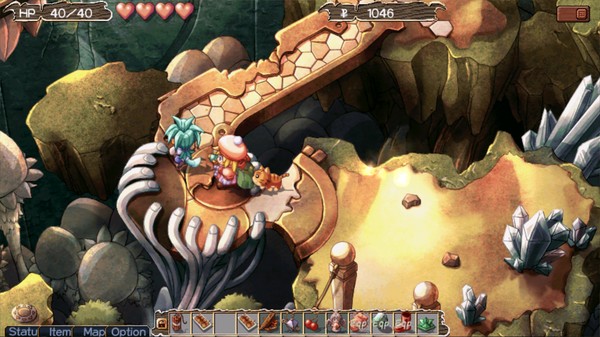 The Arges Adventure is a lot harder than the Ilvard Insurrection, in my opinion, as I got beat up a lot more in this instalment than in Zwei 2. Whether this is because enemies drop less food to level with, or because enemies can attack you from behind locked doors is still up for debate. It’s also of note that “resume from last save” actually means “lose what you dropped from dying and get returned to the last save point”.

Despite these setbacks, Zwei is still a really endearing and fun game. While the combat is significantly clunkier than its sequel, the charm of the storyline and characters really shine through. Although not as great as the sequel, it definitely shows that there was a really great basis for the game. If Zwei ever gets an HD remastering, you can bet I’ll be right on top of picking it up.