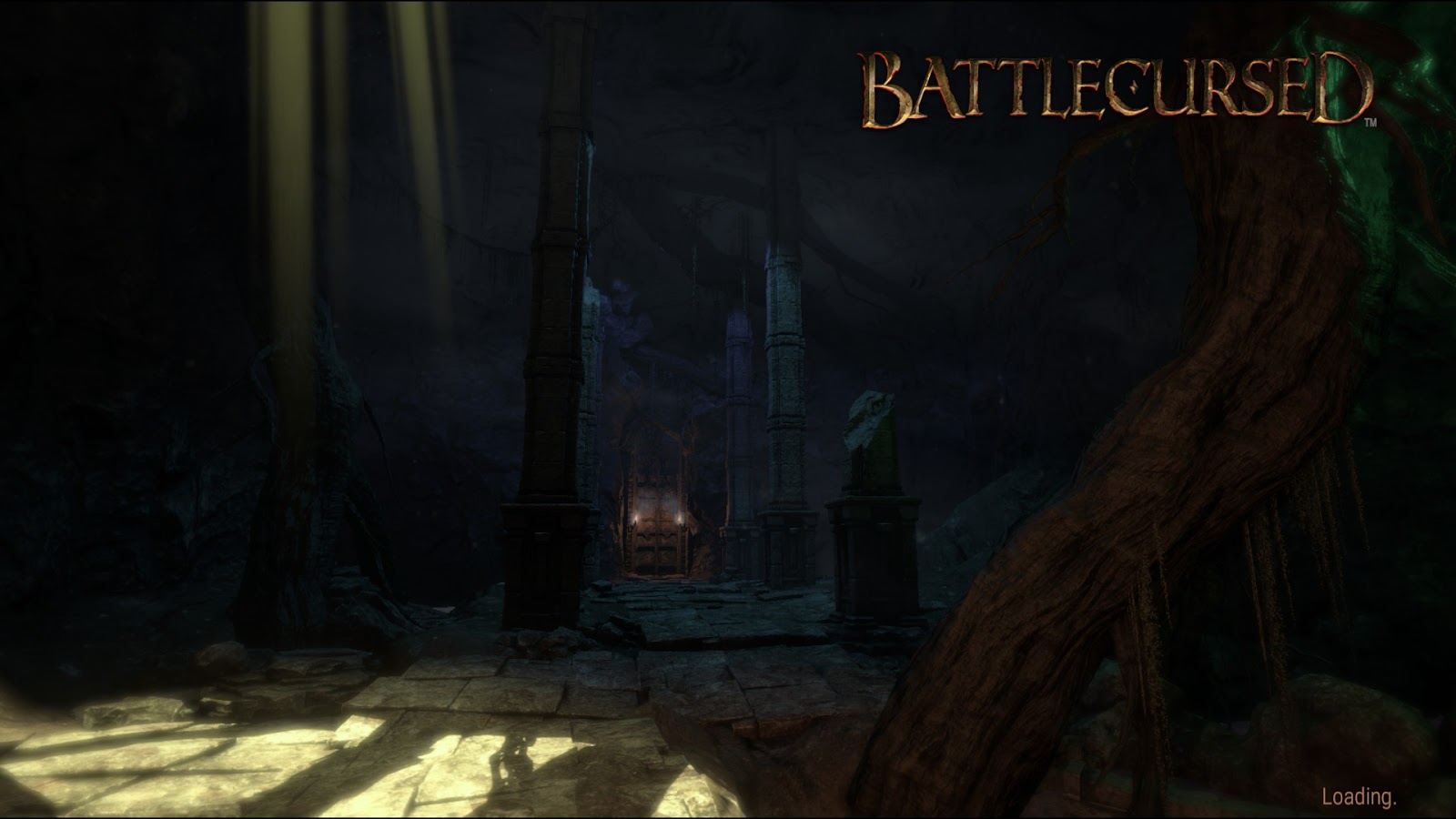 At the risk of sounding like a broken record, Battlecursed is another interesting take on the Dungeon Crawling style. There have been a few in the past year that have surprised me such as Compile Hearts’ Mary Skelter: Nightmares and Fatbot Games’ Vaporum. Now while Vaporum spiced up the style with a real-time aspect for combat, Battlecursed takes a similar approach while also adding in first person shooter elements. First Person Dungeon crawling I’m not sure has ever been so hectic!

Being Early Access there are a lot of features not yet implemented such as equipping characters and being able to have something to spend your gold on. That or even keep the gold that you amassed during your run. At the time that I went through it was fine as there’s a bit of a learning curve to figure things out before settling into a groove while running around in first person with a party of four.

Yes you read that right. Battlecursed is a First Person Dungeon Crawler / Shooter with a party of four. Melee, ranged and spellcasters are all part of the mix and you’ll need to quickly switch between the characters that you chose for your party if you want to survive. With everything in real time you’ll have to pay close attention to your surroundings in order to not be surrounded as that will generally not end well. 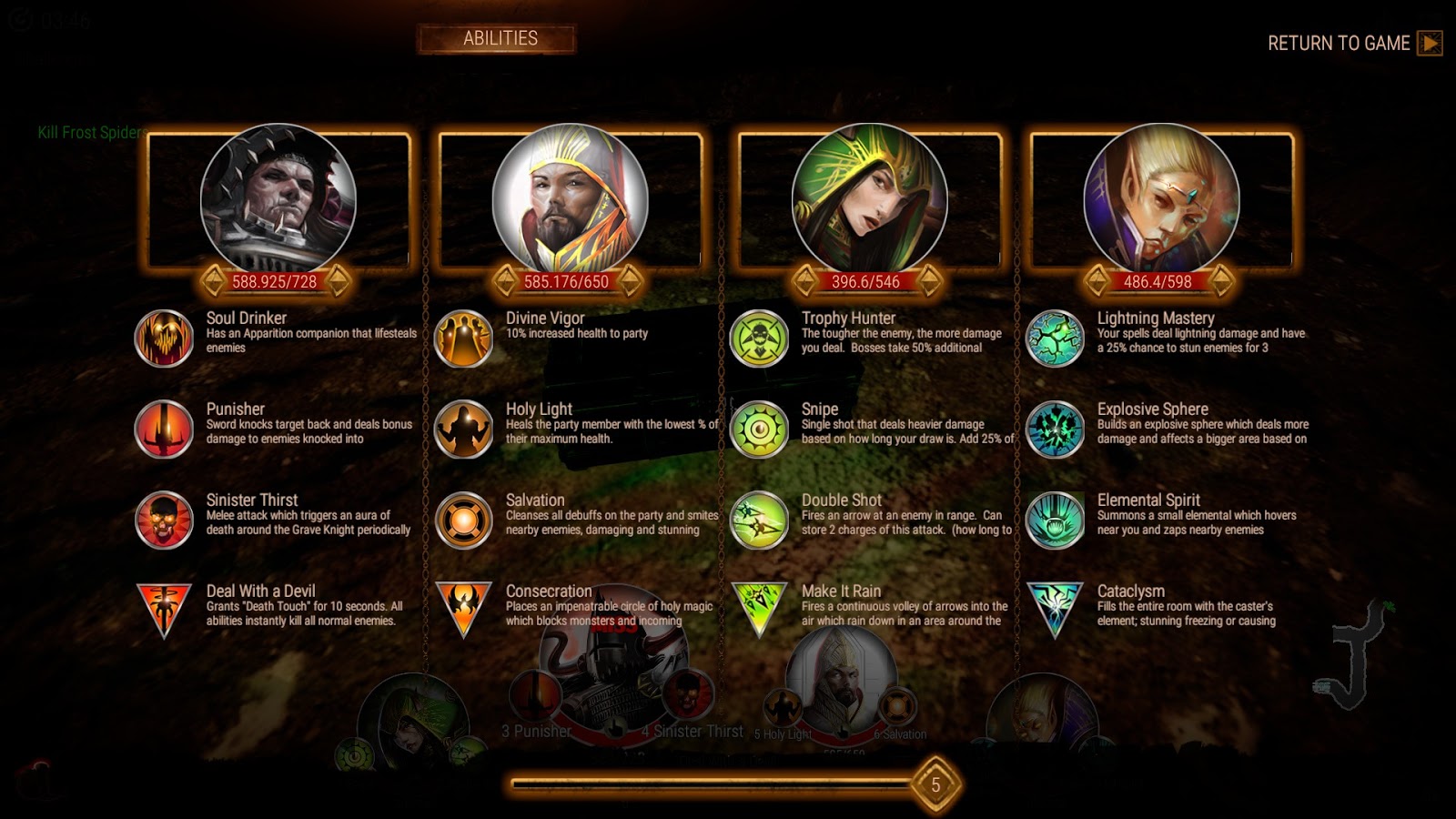 Each character in your party have a passive skill, two active skills and an ultimate ability. Currently the ultimate abilities weren’t usable so I’m not sure how effective they really are but if I’m to judge based off of some of the spellcasters more powerful abilities? They will be devastating.

What I found interesting with the characters however is that you didn’t simply “choose a class” for your party and that was the end of it. Instead, various characters will appear in a lineup in order for you to choose from. These characters will have different skills and stats from one another so no two runs with the same set of class setup could end up the same. On the same line of though, each dungeon run will be different from one another as the next area selection seemed random in both terms of visual environments and difficulties.

Each stage on your run through the dungeon have a set goal. Eliminate spiders. Find the potions which is very useful as it adds to your person stock. Open xth amount of chests. Kill loads of enemies and so on. Once the particular goal has been accomplished then a key will spawn which will open the bird cage like barrier that prevents your party from jumping into the gate and continue on your way. 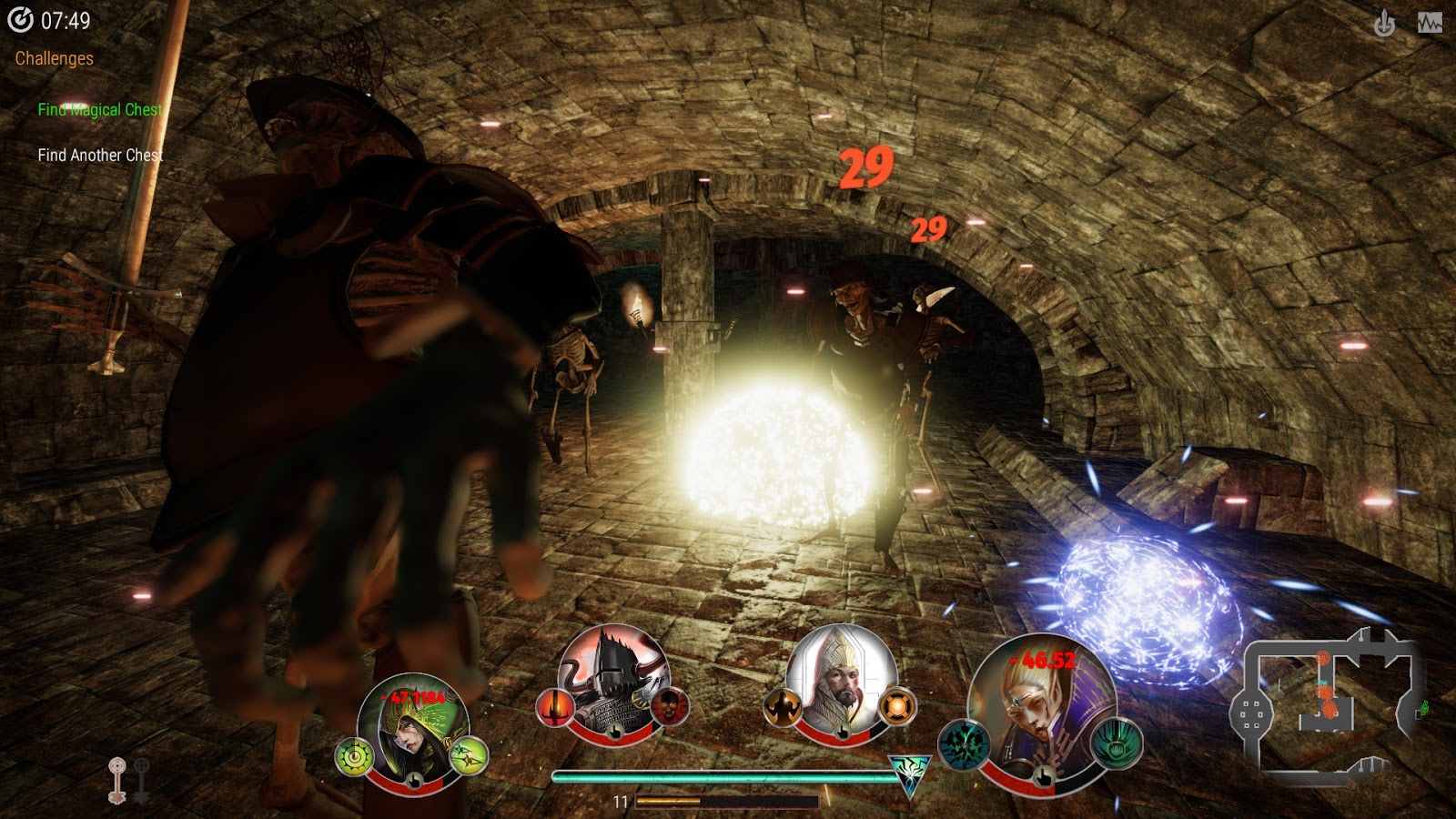 With stage selection comes choice. One part of this is the type of environment, the next is the size of the environment and the third is the difficulty in which will bring about bigger rewards the harder the stage is. I’m not currently sure as to whether or not there’s an impact as it wasn’t written anywhere but sometimes there were stages saying “act 1” or “act 2” and if I was to theorize? My bet would be that these stages progress to the final stage to end a run while the rest exist as padding for your party’s coffers.

The controls themselves were smooth even with a controller. I like my controller setup as I never really did get the actual hang of a mouse and keyboard so controller support is always a large plus for me. Left trigger is one skill, the right trigger is the next and the bumpers allow to switch left and right between each of your party members. It works really well as you use both sticks to move and look around. Now while my fighter didn’t have a recital, the wizard and the ranger did making ranged combat more than simply a shot in the dark. 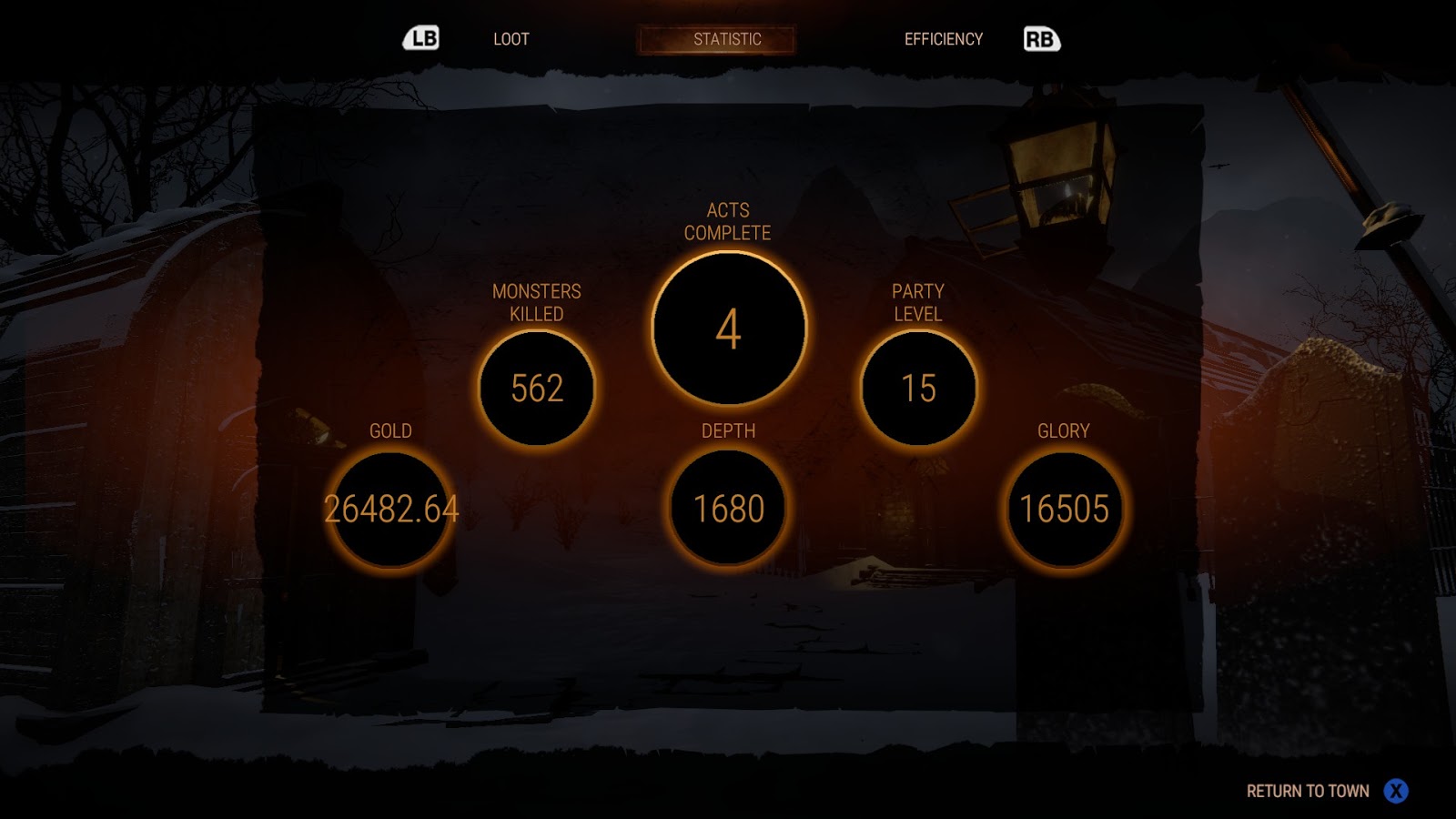 While there seems to be a lot to come down the line in terms of features for the main hub, the core gameplay is sturdy and a lot of fun for hours at a time. Because of the stage design you may not even realize that hours have gone by as it has a bit of that “one more” feeling to it. The only issue there is that didn’t seem to be an option to leave and head back to town, only one to quit to desktop. Something to come later on?

In the meantime though, Battlecursed is worth checking out and I’m looking forward to what comes next and it progresses through its development stages!