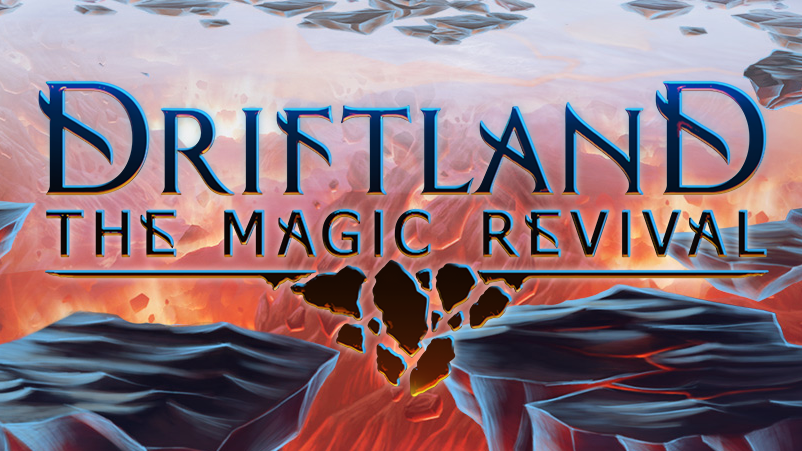 Driftland: The Magic Revival is a welcome addition to the family of strategy games that have seen great success in recent years. In a similar vein to Sins of a Solar Empire and The Settlers 7 (one of my all-time favorite games), Driftland brings new and exciting mechanics to a genre that has largely been perfected. Though still in Early Access, Driftland’s unique approach to world-building and map control has the potential to be a potential game-changer in the genre of real-time strategy titles.

As with all other previews, I would like to note that Driftland: The Magic Revival is still in production. This means that the good folks at Star Drifters may change portions of the game as development continues. As an example, currently of the four races only two (Humans and Elves) are currently playable. At the time of this writing, Driftland is in version 0.3 to 0.4 so there are a lot of changes yet to come.

Set in a world where magic has not only torn the world apart and but is now being used to literally hold the floating masses with which the races live upon together. This very facet of the lore is a spectacular gameplay mechanic. You start each map on an island with a few pre-connected islands, then you expand your base by using a magic eye to scout the island, then you can attach those scouted islands by using magic to drag the island closer to your main base, where you can then build a bridge. It is a phenomenal process that is more than simply dragging islands within reach, as each island you expand to with your buildings the cost to maintain goes up. This means that expanding willy-nilly will land you in the hot seat with regard to upkeep costs. The first few games I was expanding with wild abandon and had no money left to hire knights to defend against the roving barbarians and dastardly ariel units. 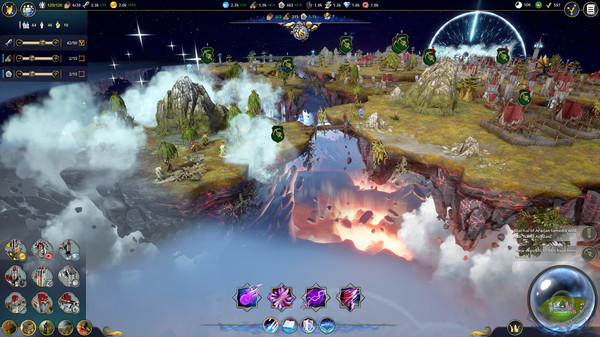 Unlike more traditionally-recognized RTS titled like WarCraft or Command & Conquer (classics!), Driftland follows in the vein of pseudo-RTS and pure Strategy titles more akin to Majesty, Sins of a Solar Empire, and The Settlers. As mentioned previously, Settlers VII is one of my favorite games and Drifltand: The Magic Revival comes close to unseating it. Whereas traditional RTS titles are about micromanaging units and loosely managing funds / resources, Driftland is the opposite; you will spend more time managing your resources and slowly expanding than throwing piles of infantrymen at the nearest tank or ultralisk. With that in mind you can, to a point, micromanage the heroes you hire by sending them on quests by adding bounties to various things (monsters, chests/dungeons, etc.) where they can then get gear/addons. You can also upgrade them with various base functions, such as getting flying mounts or adding auras that help other units in the area.

With only two races playable, and them being mirrors of one another, Driftland: The Magic Revival is a little lacking in overall content. However it is a spectacular strategy game that is getting better and better with each of the updates that Star Drivers puts out. In time it can, and likely will, become a far more important strategy title. Excellent graphics and a straightforward user interface that, while being a bit problematic for those coloblind like yours truly, is easily managed with everything you need at a moment’s notice meaning you can focus more on gameplay and less on hunting and pecking through menus. With the regular updates that Driftland: The Magic Revival gets, it is only a matter of time before we are blessed with the next great single-player strategy title.