comments Share
You are reading
They Are Billions – PC Preview

They Are Billions is a gorgeous steam-punk themed post-apocalyptic RTS game developed by Numantians Games. A first glance, the game awes you with an epic opening; A lush background displays a city surrounded by a sea-like horde of zombies, and a badass theme plays, announcing what is about to come. It definitely does its job at motivating, and warning, the player about the essence of the game.

As I started the game, I noticed the difficulty levels. As default, the game offers a “Challenging” game. Feeling confident, as I have tried similar games before, I agreed to those terms and started my first game, wondering “How long will I survive on my first round…”.

As it turns out, not very long. 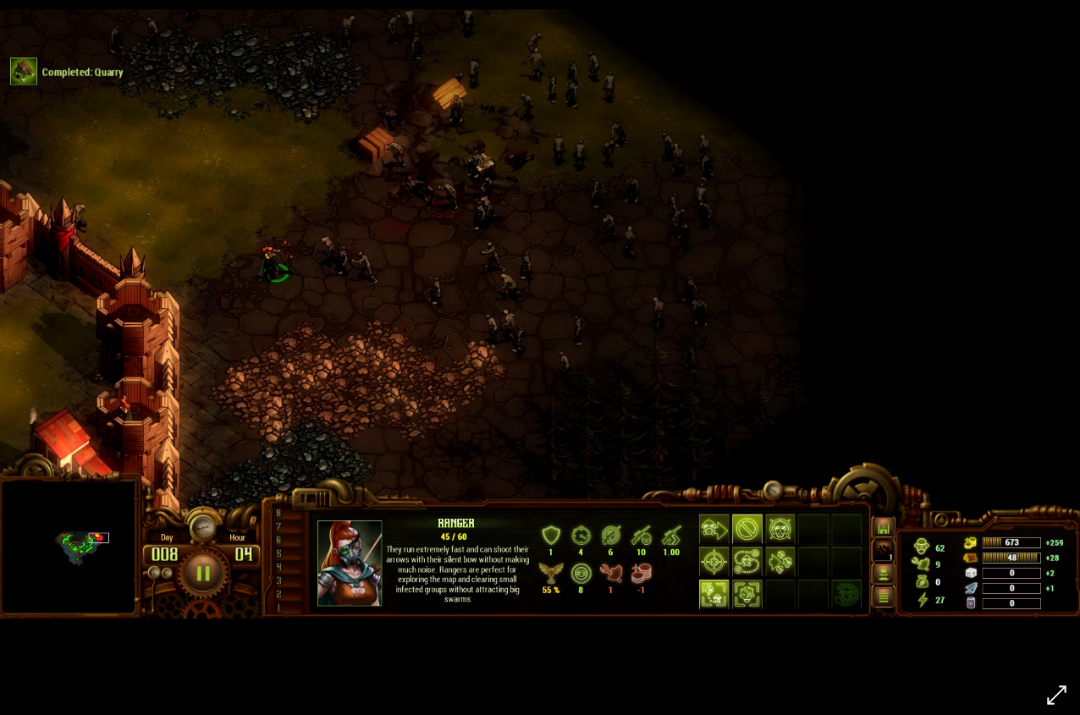 Exploring new areas can prove to be dangerous and lucrative, as you may find resources, but also a lot of undead.

The concept of the game is simple: Build a city, defend it with enough military forces and defenses, maintain a good supply of workers with enough resources, and try to survive the oncoming waves of infection and zombies that try to decimate you, one of the last pillars of humanity.

It might sound easy, but it is quite unforgiving.

Straight from the beginning, you begin exploring your area, looking for resources to grow your city and feed your workers. Forget about a certain area of the map for too long, and you’ll find yourself struggling to contain the growing zombie infection as they gnaw on your workers and transform them into the very monsters you’ve been staving off for days.  And they multiply rapidly; one zombie attacking a camp of workers creates 4 mores zombies in a matter of seconds. 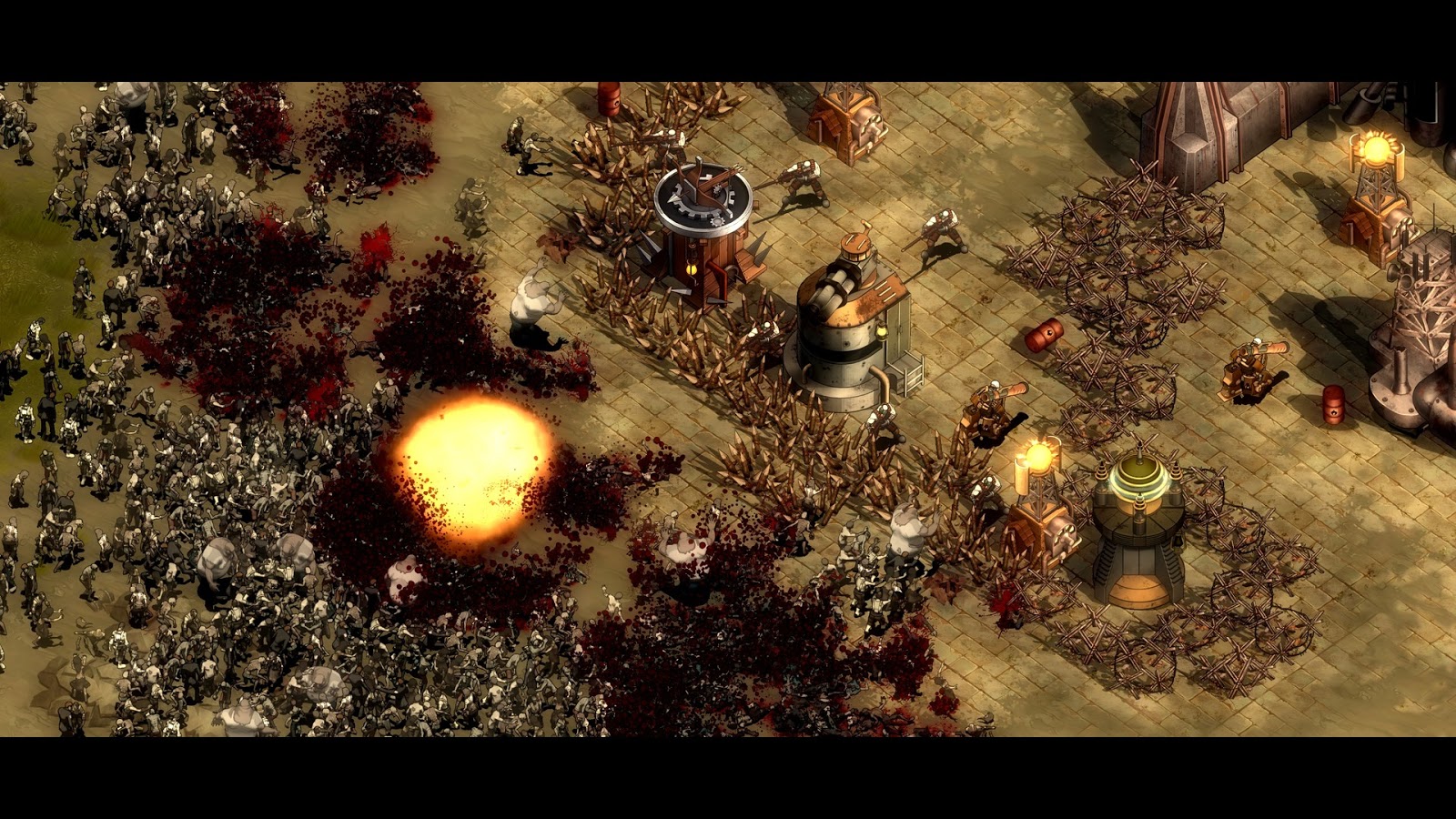 Without a great military strength, your settlement is pretty much doomed at this point. You can only watch, helpless, as the horde of undeads destroy what remains of your settlement, and the game ends with you getting a score for your efforts.

As there is no way of saving and reloading a game, in case of a mistake, or involuntary death, when your Command Center falls, it is Game Over, and you must restart a new game.

Each new game starts in a randomly generated location, with different layouts. Some are favorable with lots of useful resources at hand, others not so much, and will require you to think even more strategically about your setup.

As your settlement grows in numbers and strength, you gain access to new tech and resources, and even a Mayor! 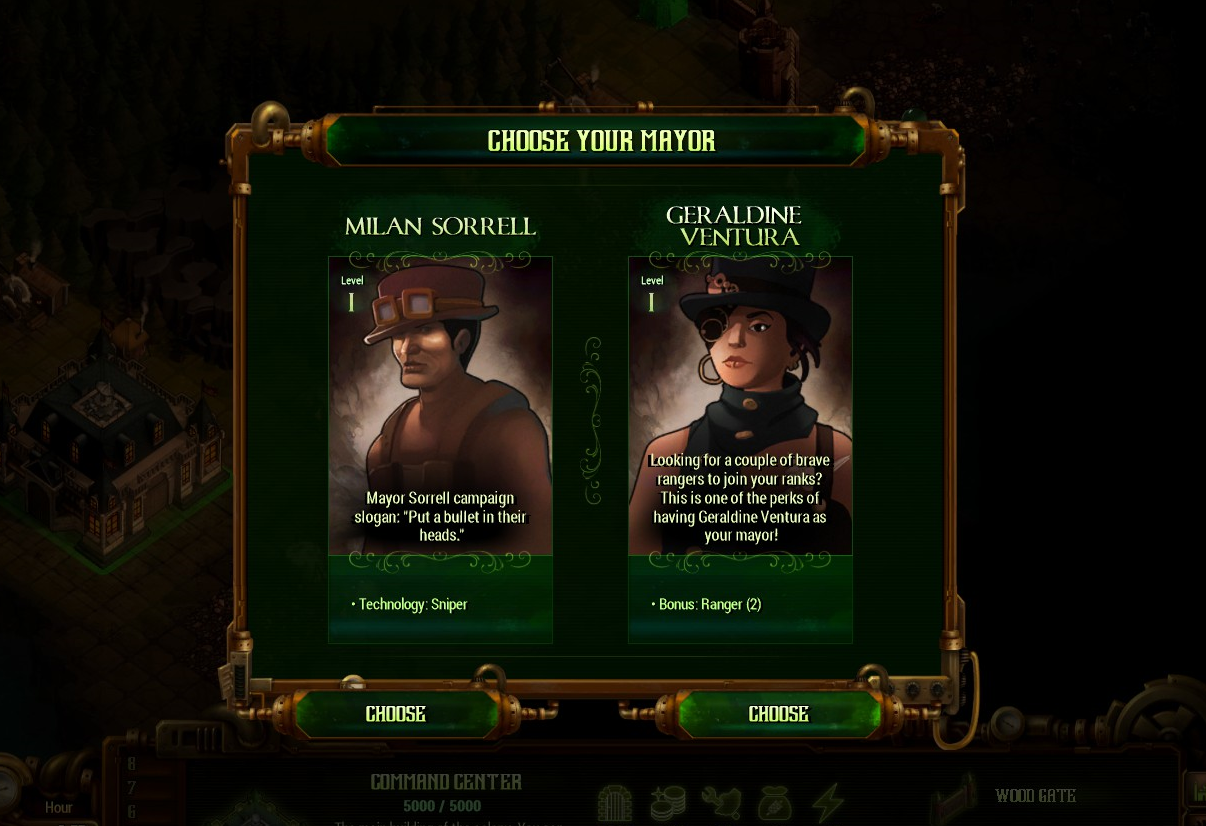 Choosing the right Mayor for your current game can really help turn the tide in your battle against the undead, giving you bonuses to your production of resources, to your military, or access to new tech.
Although the controls are pretty standard for strategy games, I was surprised by the lack of tutorial, or guidance of any sort. You can find a lot of information in the Main Menu of the game, of course, but most of the flow of the game must be figured out as you click around, reading and learning what does what.

Thankfully, the game has a clean and clear interface, and doesn’t it crash, so you can easily pause it to take the time to read up on your newly acquired troops’ strengths or what the newly unlocked tech or building does.

Although the learning curve is quite brutal, with every death and failure I found myself learning more and more about the game, what troops to use where, and how to build my defense more efficiently.
Aside from that, They Are Billions does offer a great gaming experience, with detailed graphics (from the swaying grass and the lovely water) and the great steam-punk art. Even with it’s challenging difficulty level, it is quite addictive, and keeps making you come back for more.

Even though I wasn’t able to finish the first map, it motivated me to perfect my building strategy and my multitasking skills, while rewarding me with a fun and captivating gameplay.

I will definitely be back for more!