comments Share
You are reading
The Forbidden Arts – PC Preview 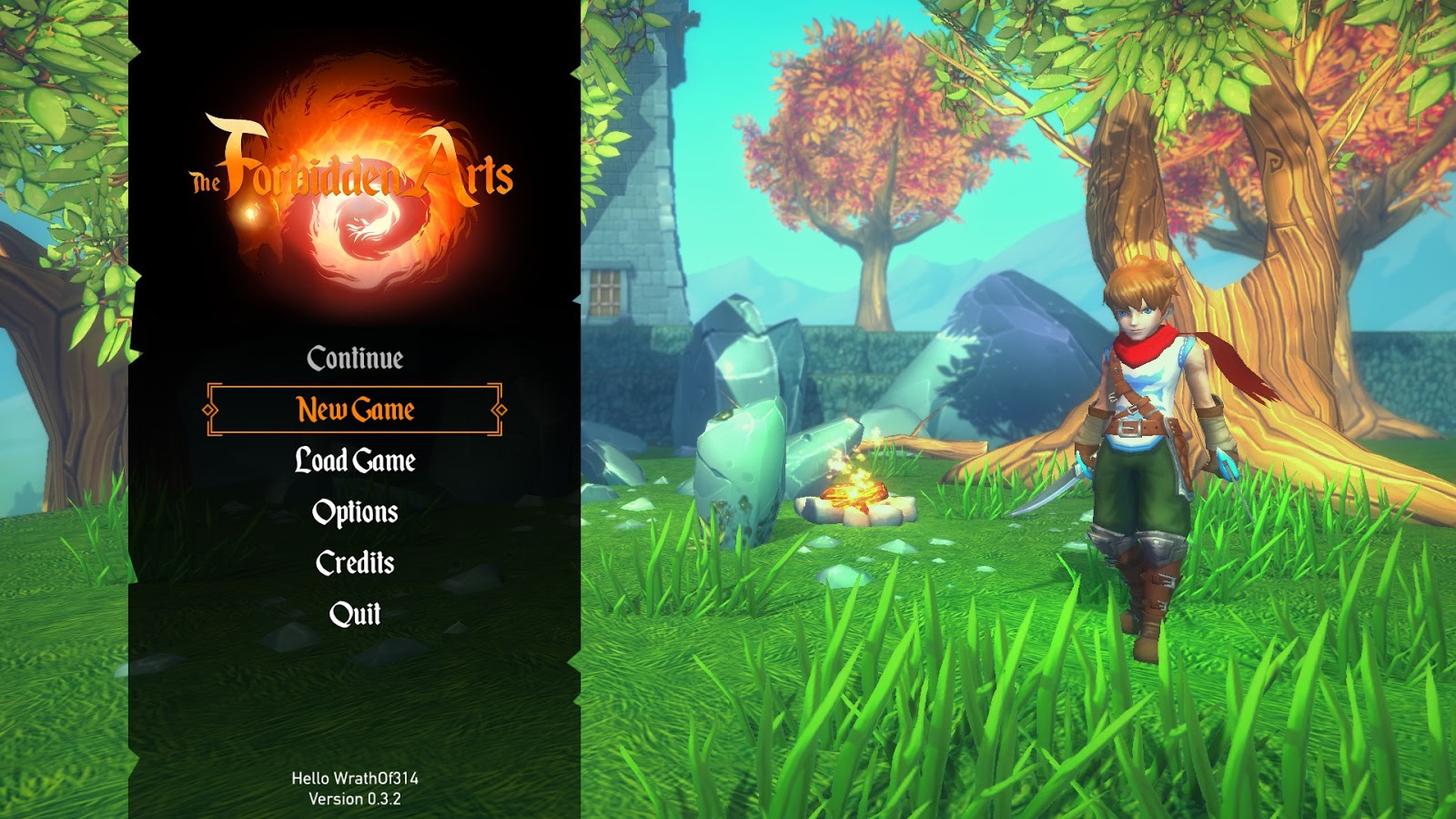 The Forbidden Arts is an interesting mix of ideas. On one hand you have an Avatar the Last Airbender’s idea of the elements while on the other you have Lloyd from Tales of Symphonia jumping around and showing monsters who’s boss. Currently in Early Access, The Forbidden Arts is a 2D platformer in a 3D world and while a little rough in some areas, it’s looking good.

Put into the shoes of a young man named Phoenix, you’ll soon learn the ways of water. Just kidding. With a name like that you know that wielding fire was just a stone’s throw away. After embarking on a bit of a quest, Phoenix comes into the powers of flame that can be drawn from any source of fire whether it be that of a campfire or a torch hanging off of a wall.

From there his life becomes a series of acrobatic feats and combat with his twin blades and the power to throw fireballs and eventually erect a shield in order to protect himself. What I appreciated about the platforming is that it’s oldschool in its approach. This means that if you jumped too early, you missed. Most likely you also died from the fall of the height or because you fell into spikes that were below. Phoenix is only human after all. 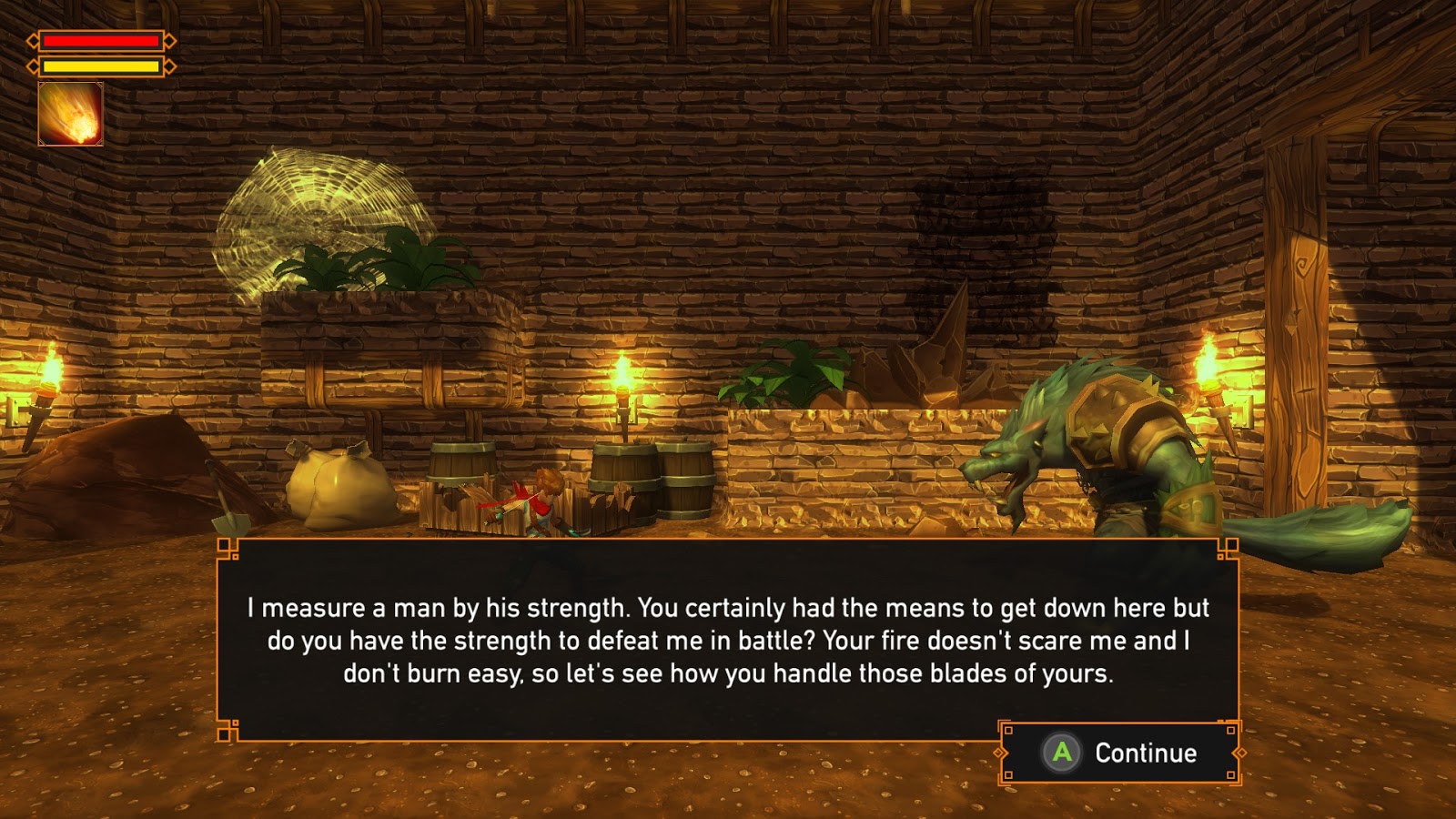 Stage designs start off simply in order to allow you to get your bearings before upping the difficulty with enemies left and right as well as above on a ledge that you need to pull yourself onto. Ladders and vines are also present in order to help you move around but sometimes some good old wall jumping a la Mega Man X is required though unlike the upgraded blue robot, Phoenix can only jump twice on the same surface before having to spring off to the next or he’ll fall back down.

In regards to the stages themselves, they are BIG and will take quite some time to make it through as the design itself is also a bit of puzzle with multiple dead ends to be found or golden cubes to be discovered. These collectibles are worth searching out as they aren’t just there for bragging rights but can be handed over to a craftsman in order to repair certain destroyed towers on the world map which unlock challenges.

Being a 2D platformer in a 3D world wasn’t just because of the graphic style but also because the world map is a 3D platformer. Instead of simply having gone with points on a map, Stingbot Games have created two separate platformers for players. Like the 2D levels that Phoenix will need to traverse, the 3D environment also have golden cubes to be collected. Unlike the 2D portions however, the 3D ones feel a bit rough at the moment especially with the fact that your left stick is both your movement and your camera making some obstacles a bit harder to tackle as better viewing angles would have been welcomed. 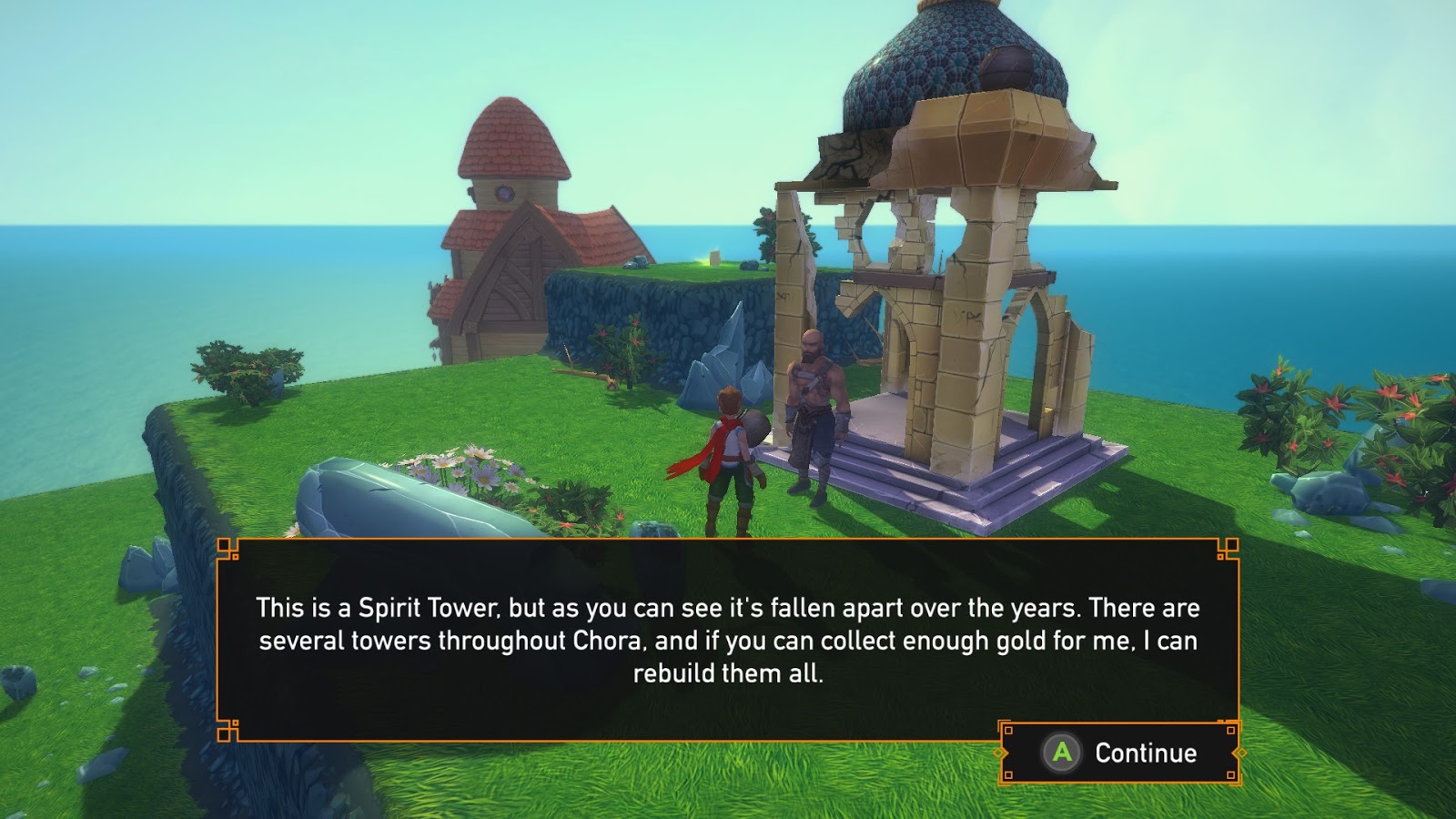 Finally, boss fights were fun and unlike most of the enemy designs challenging but not obscene. That would perhaps be my biggest issue at the moment is that there is a spellcaster type that is so powerful he’ll simply one shot you until you learn “exactly” how to dodge his attack. Even then though, once you know that you still have to take him out and he’s not easy. Putting two in a row is just asking for a crying session with a therapist because you’ll need it from the emotional trauma.

On the bright side, there’s an autosave feature and as long as there are no enemies in sight, manual saving can be done. The only… downside? Is that when you reload any dispatched enemies are back and often you’ll be respawning right beside where one of those enemies started. Hopefully Phoenix is on the “right” side in order to run away in the direction that he was originally heading in.

The Forbidden Arts while still a work in progress is looking good. The core gameplay is sturdy and the ideas presented are fun to experience. There are still a few bugs which is to be expected being Early Access but none are game breaking short of the one time my save data got corrupted and I had to restart. Thankfully it didn’t take long to get back to that point as I now knew what I was doing!