Last week I decided to talk about Guild Wars 2 because the new content always hypes me up. I could have talked about Life is Strange but chose to do a review for the game instead. That brings us to what I actually want to talk about which is Rocket League (surprise, surprise..)

The first play in matches were streamed on the weekend and it was quite the show! Let me just say that we missed our talented casters and their witty banter. So, over the weekend we were able to watch some professional level Rocket League and listen to excellent casters.

Kicking off the weekend was the North American play ins and there were familiar teams heading the pack. Teams like Relentless, Incognito, Zaboomafoo, Manhattan, Genesis, Lights Out!, The D00ds, and Splyce made it far in the competition. All of the teams had one mission, which was to qualify for the Rival Series. The four teams that made it through the NA bracket are:

But don’t let me undersell this. All four teams had phenominal games. Honestly, watching Karma murder the field was quite the event. The team chemistry for Splyce is so on point that they excelled beyond expectations. Up until the play ins, there were people who doubted the teams abilities but with this next clip, you’ll see why Karma is a fan favourite on the roster. (On a side note, I love the names of these clips…)

Even The D00ds had a great run to the Rival Series. This is a team that has been so close to qualifying for the Rival Series but never quite made it. In season three they were a top 48 team. In season four they made it to top 24. Here in season five they are a top 8 team. Last year, many people talked about The D00ds being a solid bubble team, but this year it seems they’ve got the right chemistry. AxB, Joro, and Ralph even bested the favourites, team Lights Out!. Though, that doesn’t exclude them from a stellar incline of player skill. In the series with Lights Out!, Joro scored an important goal in game one.

For the EU side of the play ins, there were teams like Method, Hashtag United, Triple Trouble, Nordavind, Placebo, Epsilon Esports, and Classic. Like the NA bracket, there were some amazing games played. In fact, based on the results, the four teams to qualify for the EU Rival Series are:

Keep in mind that team Method is actually made up of players Rix_Ronday, Shakahron, Borito B, and Flown Ciesta. The old Method team now runs under compLexity Gaming which consists of Metsanauris, Mognus, and Al0t. So to show you guys the new Method team under the leadership of Rix_Ronday, I decided to grab a clip from one of their games.

Don’t discount the other teams though, Triple Trouble had some crazy games to qualify for the Rival Series. While I didn’t get to watch the whole weekend, I’m sure the other qualifiers were just as hard hitting. Don’t take my word for it, check out the VODs on Twitch. And if you needed more reasons to watch the broadcast, there are new drops available this season. For example, check out my smexy new reward banner! 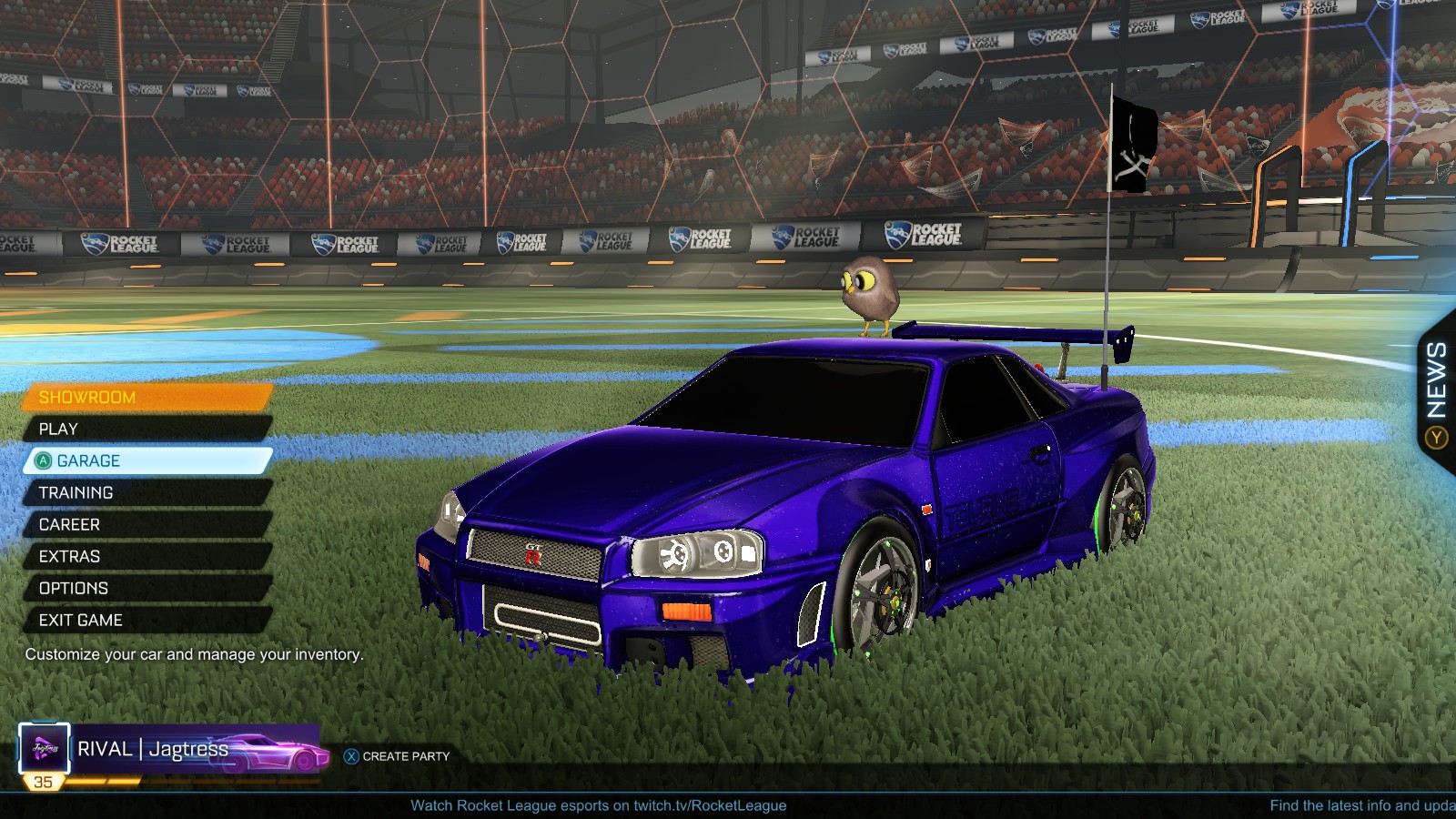 March 14th marked a new team to join professional Rocket League. Counter Logic Gaming (CLG) hits the scene with players Timi, Dappur, and Mijo. These three players have been around the block for quite some time, and I’m excited to see how they do this season. Last year, I had Timi as part of my fantasy league, but at the time he was with team Renegades. Anyways, the future is bright for these players as they enter the fray once again.

In addition to CLG joining the ranks, it was finally announced that team Evil Geniuses (EG) has entered the Rocket League esports scene. It is made up of the old eQuinox roster with players Chrome, CorruptedG, and Klassux. Hopefully, this season will bring them some great success since last season was a little rough for these three players. That means it’s time for us to #BleedBlue, though, I do speculate as to the direction of EG as a whole. Don’t get me wrong. For years I was a hard core Starcraft EG fan. (I mean, I do still watch Demuslim and Stephano play the game). I simply hope that EG maintains their top level status that I’ve come to enjoy over several years of being an esports spectator.

The play ins continue this weekend starting March 16th at 10am PDT or 1pm EST, so watch all the action on Twitch. Be sure to follow on Twitter for any updates to the bracket as the weekend progresses!

That’s all I have for you this week!