The SpellForce franchise is one that has sat in my wish list for quite some time now so when the opportunity to review SpellForce 3 came along, I hopped at it. Being my first introduction to the franchise I was concerned that I would be a bit lost with regard to the franchise lore and universe. Fortunately SpellForce 3’s masterful storytelling keeps you up to speed and fully immersed in the franchise’s universe. A wonderful blend between a traditional roleplaying game and a real-time strategy, SpellForce 3 is a must-have for fans of either genre, though the lack of focus on a specific genre has led to a distinct feeling that it does not belong to either RTS or RPG. That sense can leave the game feeling orphaned and a bit lost at times; it is, though, still an enjoyable title that fans of the franchise should most certainly welcome.

There is no other way to put it, SpellForce 3 is gorgeous and without a doubt the nicest-looking RTS title out there. In some ways it is also the nicest-looking isometric RPG to be released. Sure, Divinity: Original Sin 2, Pillars of Eternity, and Tyranny are all sharp looking games, but they lack that certain something that SpellForce 3 has. Each of its wild environments have a feeling in them; whether it be scouting the woods or wandering the corridors of a city, SpellForce 3 feels alive.

For instance, you might be taking a small trail through the woods and you will find it littered with the regular detritus found in a forest; from canopy debris and small critters to bones left from large predators. It really is like stepping into a new world. The only real concern I have is that it can at times, be extremely busy on screen and the blue and yellow outlines can get lost in the clutter. Especially if you are colorblind. A more distinctive outline would be nice, though not required. 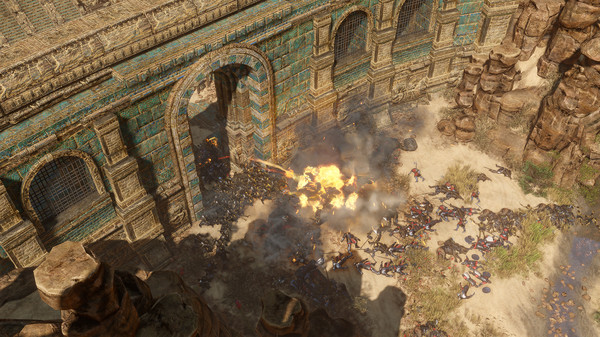 I was a bit dismayed though, at the audio of SpellForce 3. With such lush and rich-looking environments, one would hope that the ambient audio would be just as immersive and unfortunately it is not. It does not help that Doug Cockle, most widely known for portraying the Butcher of Blaviken, Geralt of Rivia himself, voices Sentenza, a dual-wielding and gruff commander that appears to be greying a bit… Typecast anyone?… It is not Cockle’s fault for his voice, he is spectacular with regard to voice acting, but he is cemented into the hearts and minds of millions of players as Geralt of freaking Rivia!

His casting seems a bit strange and the quality of his work really shines here, as others seem to be amateurs next to him and it really shows. Add the lack of quality ambient audio and a mix of awesome and dull voice acting to a lifeless soundtrack and you end up with SpellForce 3 audio. It is unfortunate but I found myself simply turning the audio off and listening to an audiobook. That is a bad sign …

The story is nothing new; generic evil sorcerer hellbent on being freed from the restraints of “the man” who has imprisoned/ conscripted magic users the world over because magic is dangerous (have we not heard that story before in some locale called “Thedas?”) and you are the child of that person and are fighting to prove magic does not suck or some such. 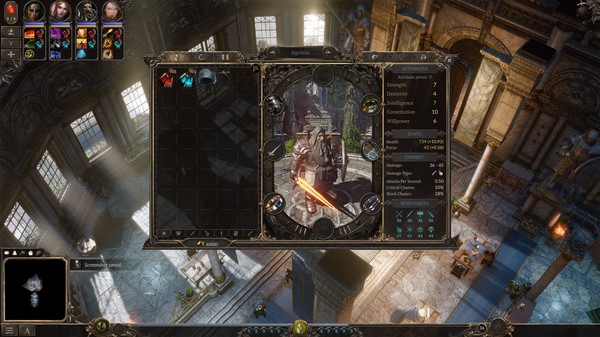 In fact it feels a lot like the entirety of Dragon Age: Origins, Dragon Age 2, and Dragon Age: Inquisition was summarized then used as the plot for SpellForce 3. Which is a shame because the game mechanics are quite enjoyable. If only there were some originality to the game then I think it would have far more appeal to me. That is not to say it is not a fun and occasionally engaging story; it certainly is. I just feel it borrows a little too heavily from its likely influences.

Overall I enjoyed SpellForce 3 and hope to see more of its like in the future. Though there are a few nitpicking issues, and at times, some pathfinding issues, it is an enjoyable change from the MOBA-filled RTS genre. While not perfect by any means, SpellForce 3 scratches a unique itch as it is an excellent blend of RPG and RTS. More refinement and even if it were an expansion, perhaps of one of the numerous (and wonderful) factions in the game, but to see some more original content in this world would be utterly fascinating.