comments Share
You are reading
The Raven: Remastered – PC Review 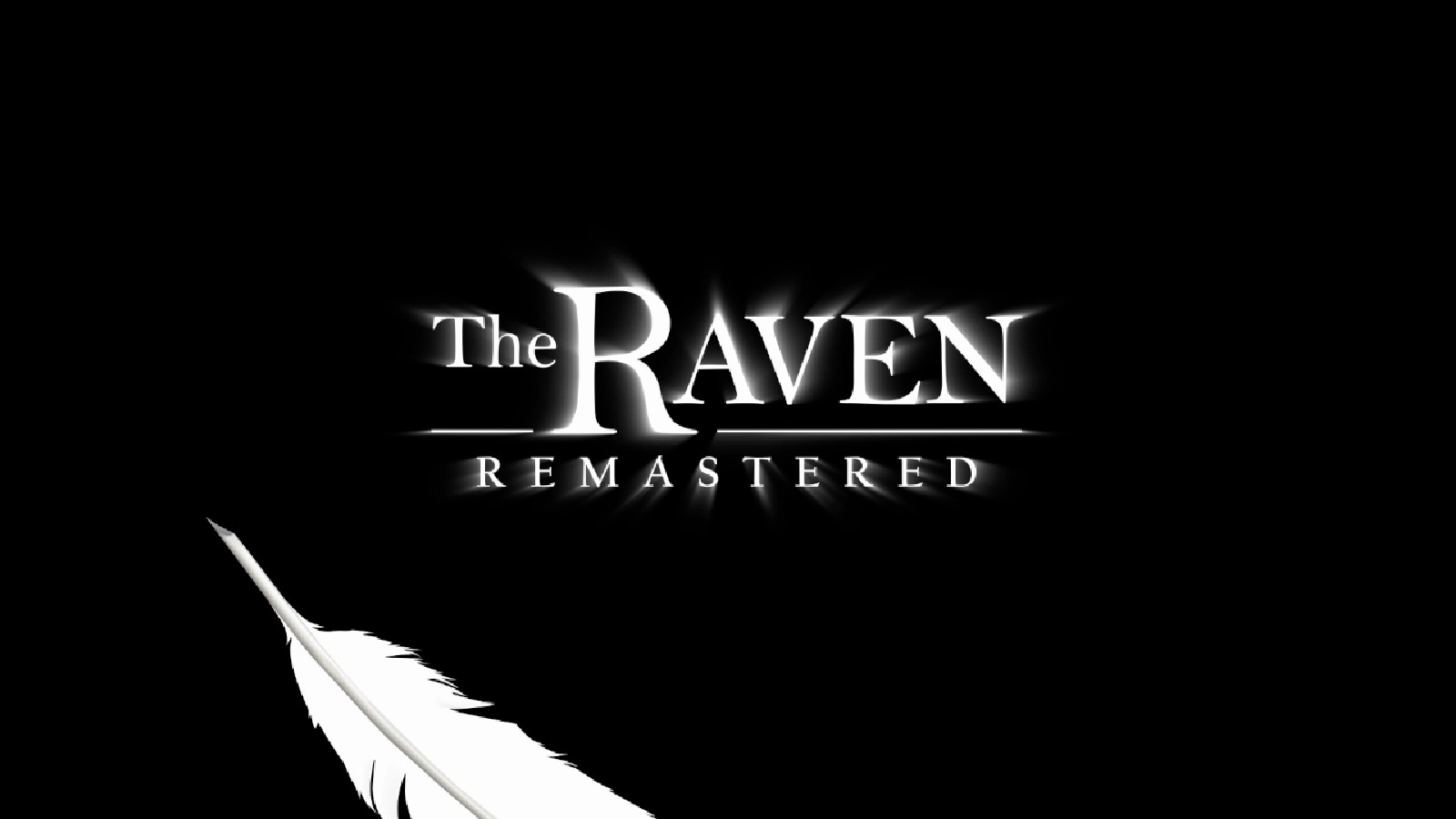 King Arts Games and THQ Nordic (the company that owns The Adventure Company) released a new title called The Raven. It is a point and click mystery game that requires good old fashioned detective work. When I was younger, I played a ton of titles produced by The Adventure Company, like Riddle of the Sphinx, The Crystal Key, Still Life, and Safecracker. Because of this history, it made sense that I would ask to review The Raven.

Immediately, I was hooked on the idea of solving the mystery of a stolen Egyptian artifact. “The Eye of the Sphinx” was stolen from a museum in Cairo. A single raven feather was left at the scene of the crime. Clearly, it’s the calling card of the nefarious thief known as “The Raven” who supposedly caught by a detective Legrand four years prior.

You begin the game traveling on the Orient Express in order to transfer to Cairo to investigate but the original investigator on the case is also on the train. That investigator is not thrilled that a lower level investigator is interested in assisting him. You play Constable Anton Jakob Zellner, a Swiss policeman, who is all too kind for this sort of work. And the situation gets heated when the investigator and you discover that The Raven had planted a bomb on the train, putting everyone at risk of death.

All through the game, players are given dialogue options in order to gather clues. Since this game is a remastered version, it is clear that dynamic dialogue options were not quite there. The Raven is a very linear story which detracts from some of the appeal. I imagine that its linear nature is restricted based on the games original release date. Games have come a long way even in the last couple of years. So while it would have been good to ‘fail’ at certain parts, it might not have been a possibility. And it does feel as though a player could not fail at the game. 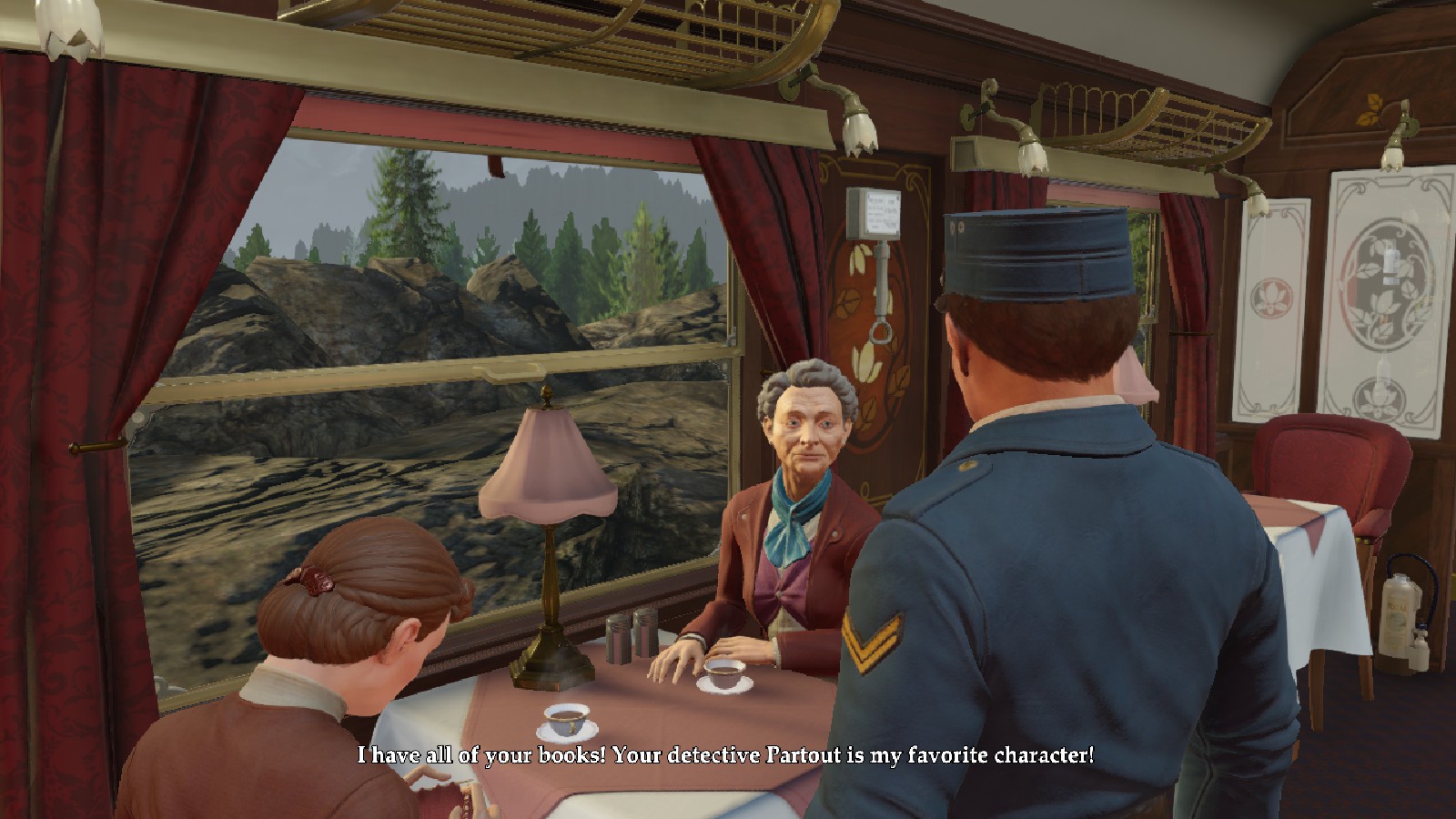 Often there are places players cannot go even if you wanted to. At some point I attempted to enter the burning rail car but wasn’t allowed to make it through the door. My character did burn his hand touching the door handle, but there were no markings to indicate such. There isn’t even a health bar! That said, this style of game isn’t designed to be wholly realistic in that way. We aren’t talking about Tomb Raider… Anyways, because a player is limited in movement, it makes it virtually impossible to play the game and not solve the crime.

There are many things I appreciated about The Raven. There are some cute lines you make like, “Let’s hope the violinist is as well tuned as his instrument.” I even enjoyed the fact that the subtitles were transcribed correctly. I will never be able to correctly spell “auf wiedersehen” without the help of Google. The German people would be pleased. This is a key element to this game because you are playing a Swiss character which places you in Europe. It is a well known fact that Europeans are taught languages when they grow up. So while your character’s may only use one main language, the official languages of the country are French, German, Italian, and Romansh. Adding this element of realism to a game is important in my eyes.

One of the other limitations of The Raven is that none of the puzzles or scenarios have a time limit. Again, while this isn’t a problem with point and clicks, it isn’t really realistic to have a mystery game without some kind of real tension. 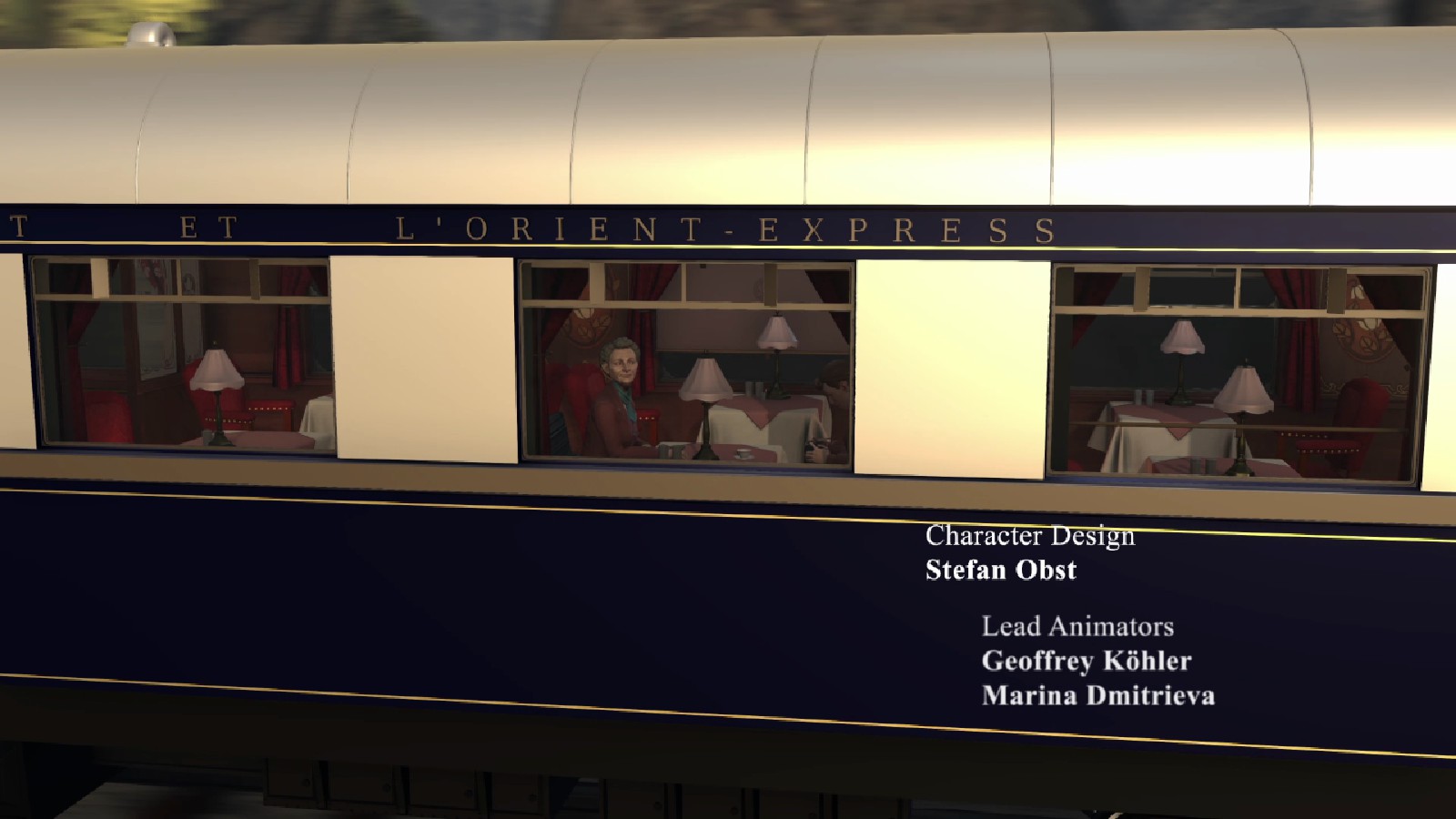 The Raven is a very easy to understand game when it comes to the UI. It’s a point and click with a hidden inventory bar located at the bottom of the screen. Accessing it requires scrolling over the bottom of your screen. By designing the UI this way, the game has a very clean and uncluttered look. That said, because the screen doesn’t move, it can be very easy to misclick on something. This is a general issue with point and click games as a whole.

Another good element with the UI is easy of combining objects. This becomes necessary to progress in the game. To do this, click on the inventory object and then click on the other item. This combines the two objects. If nothing happens, then the two objects cannot be combined. 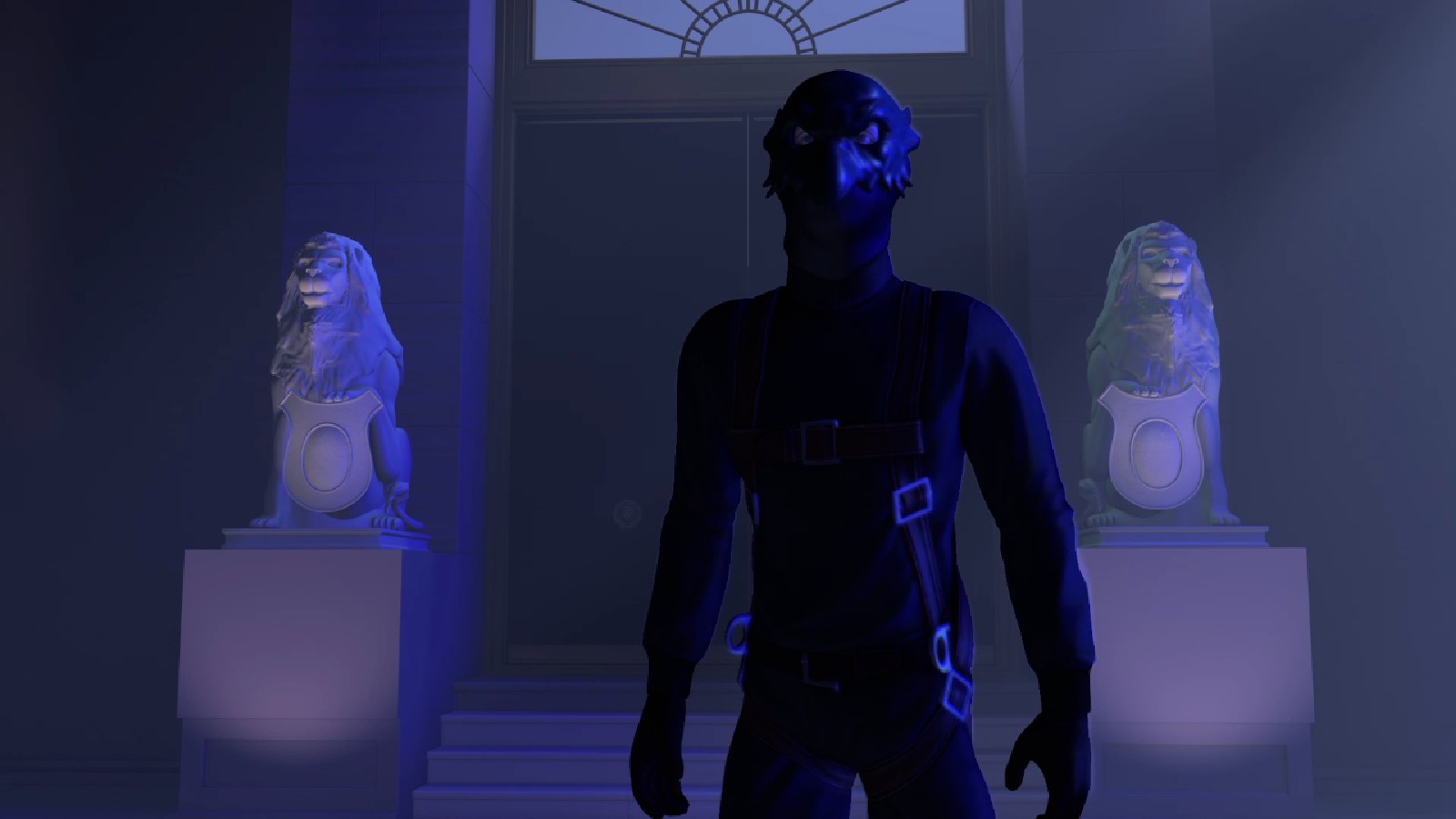 I enjoyed the art style in The Raven a great deal. It reminds me of a sophisticated version of claymation. It wasn’t an art style that I’d classify as childlike, it was more like a sculptor worked their magic on the way to creating a brilliant piece. The clothing of the characters and attention to detail with respect to the environment fit the 1960s era.

In fact, I enjoyed that the developers used a number of cinematics to tell the story. Sure, it took away some of the appeal to the game by watching a tense situation pass without input from the player, but it was entertaining nonetheless. At points, it reminded me a little like Still Life in that it felt more like watching a detective film be unveiled. 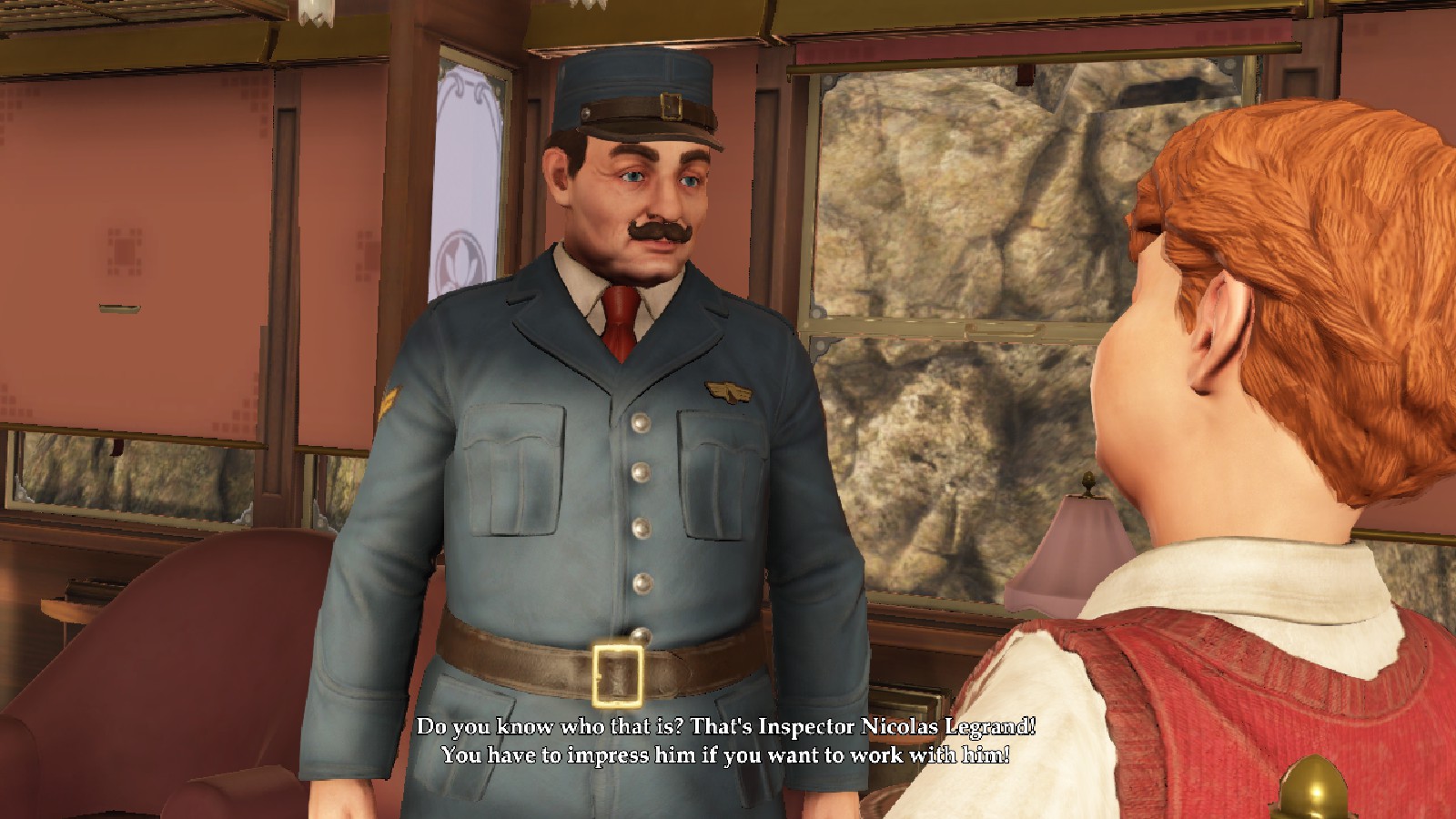 I appreciated the voice acting in this game. It added a better element of realism to the game itself. Given that The Raven is quite linear in nature, allowing players brilliant voice acting was a nice touch to the game. All of the characters fit their parts well.

For example, the novelist is an older lady who has made millions during the course of her career. I appreciated this character because she’s quite observant, as many authors are, and was quite sweet. The famous detective Legrand who ‘caught’ the Raven, is apprehensive of Zellner, with good reason. The child on the train is a little dense but amusing. All of these traits are evident by their clothing and the voice acting.

I also appreciated that by using voice actors meant that players didn’t have to read through giant blocks of text. 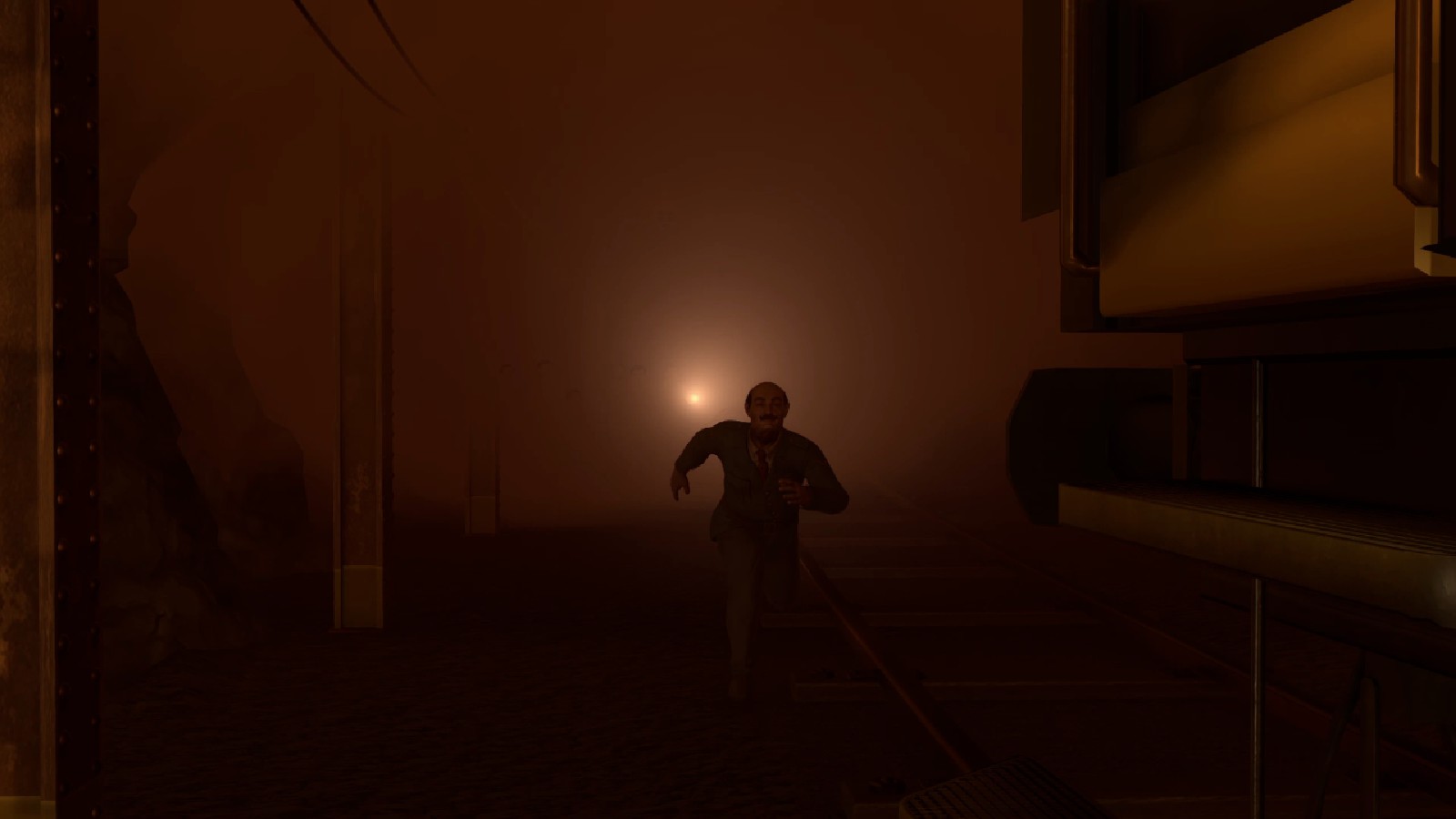 At the beginning of the game, players are met with some beautiful music befitting of a proper detective theme. First is the sound of a beautiful violin melody. I was immediately sucked in its music. There is a full orchestra which plays the music pieces in this game and it’s wonderful.

The sound effects in this game are quite suitable. Nothing was out of the ordinary. For instance, when you are on the train, there is a radio you can turn on. It adds atmospheric music for that train car. I admit, I did listen to the tune for a while…

I enjoyed playing this game. I’m not done the story but even with its linear nature, it’s exactly what I expect from a point and click detective game. The graphics are solid, the UI is straight forward, the music fits the genre, and the voice acting is on point.

My rating for The Raven is a 7 out of 10. It would be great to click on something and not end up in another room because of their proximity. I also would like to have a little more options when it comes to a detective story. Give me a possibility of failure once in a while.

If this is your style of game, I recommend it because it is a light and enjoyable story.