comments Share
You are reading
The Legend of Heroes: Trails of Cold Steel II – PC Review 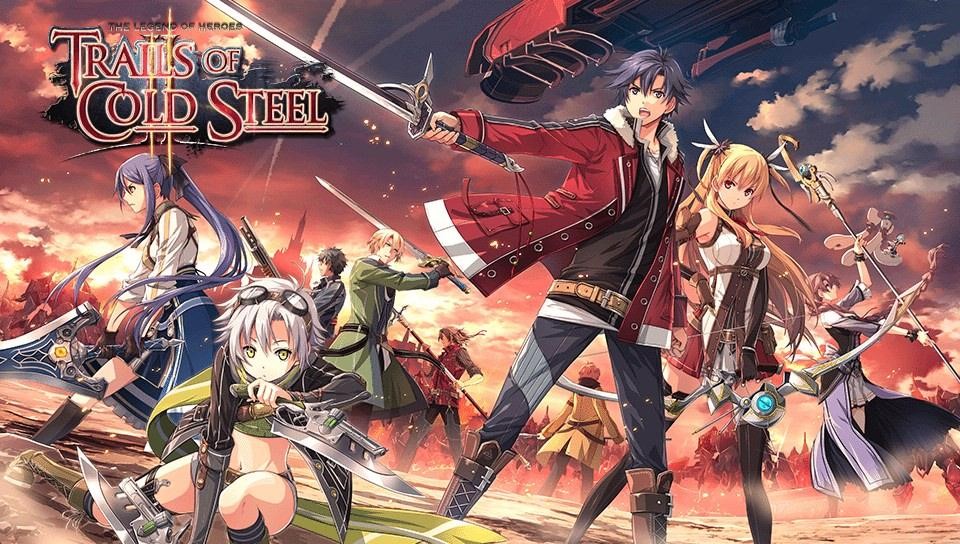 After much waiting, the sequel to Falcom’s Trails of Cold Steel has arrived to PC in North America. Continuing exactly where the first game left off, it’s time to take up your sword once more, as you do like Ike and “fight for your friends”.

Fair warning, Trails of Cold Steel 2 assumes you at least know about the events from the first game, but does give you a “synopsis” if you don’t. That being said, this review will probably be full of spoilers if you haven’t played the first Trails of Cold Steel. The second game picks up right after the end of the first, with our main character, Rean Schwarzer, waking up on a mountain outside his hometown of Ymir a month after he lost what was basically a Gundam battle and got separated from his classmates. With a civil war going on, Rean vows to find and reunite all his lost classmates, with the help of a few new faces, his new mech Valimar, and the talking cat Celine.

Cold Steel II, like its predecessor, is a very staple JRPG, with anime style graphics, a turned based combat system, and a lot of leveling to do. Not too much has changed from the gameplay choices from the first game, as both the flow of the game and combat remain largely unaltered. Gameplay will consist mostly of “rest days” in Ymir, where Rean can improve his affection rating with his comrades and complete some sidequests, and action days where whatever your current goal is will dictate where in the country of Erebonia, or perhaps beyond, you set off to, helping the locals, beating up monsters, and finding your friends. 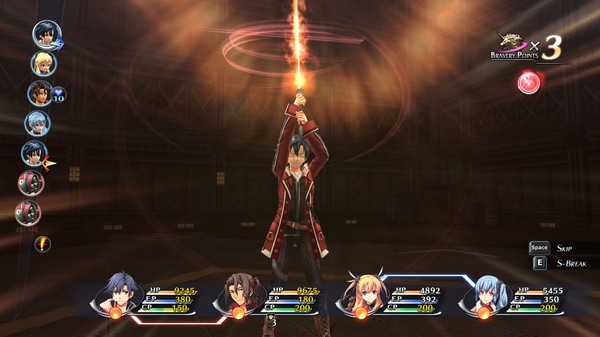 If you have clear data from the first game, you can get some bonuses at the start of Cold Steel 2, and it will actually affect some of the cut scenes as well, giving flashbacks or comments on things you’ve done. There are a couple of nice quality of life changes, such as the log book that keeps track of your quests, character notes, food recipes etc. It’s been refined to make viewing its contents a lot easier.

In terms of field exploration changes, it feels a lot easier to get strikes on monsters to perform advantage attacks, and you now have a double attack in case you miss, or you have multiple boxes to break. Combat has also remained largely unchanged, although there are some additions and new combat types, and the quartz and orbment changes had me a little disheartened. As in the first instalment, combat is turn based, with an indicator for when your turn is and when your turn will come next based on your actions, and you still have your scroll wheel for: attack, crafts (which still use cp that you get from attacking), arts (which still use EP), items, running, and movement (for changing your position on the battlefield).

Two changes that have been made are evolving crafts and overdrive mode. Evolving crafts are pretty straight forward, as it just means that your previously learned crafts will get better as you level. Overdrive mode is a gauge that will fill up from combat and post-battle bonuses. Once full, you can activate it to get three turns back to back, all of which will “unbalance” enemies, allowing you to chain attacks. Additionally, you heal a portion of your health, EP, and CP. It’s really useful to get rid of enemies quick, or if you’re having boss problems. 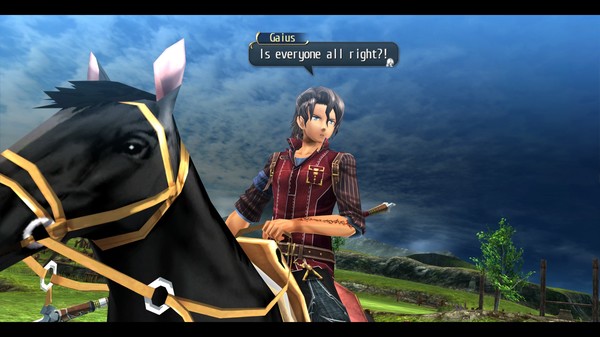 About the quartz and orbments, no longer do you have to unlock slots, but now you have to “enhance” slots, thereby allowing you to set rare or super rare quartz, depending on slot level. While an interesting revamp, I felt as if you also get a lot less useful quartz in this game, and I found a lot of the time the “specific element slots” that characters have would be largely a hindrance early game, since the associated quartz that you have access to aren’t all that useful to start off with. I did find the bosses and enemies to at least start off a little harder than the first Cold Steel, although I got hit with status effects a lot less in Cold Steel 2. By the way, whoever decided to change what the Evergreen gives you when equipped, I’m not happy with them.

New to the game is the mech battles, which function kind of like rock paper scissors where you generally have the advantage in. Enemies in mech battles have a “weak point” depending on their stance, which is the head, arms, or torso. Hitting the weak point allows you to perform a follow up move. After three successful follow ups, you can use a finisher. Your allies can help out your mech in battle as well, and while you don’t get experience, you will get link exp.

The story line was engaging, and the characters all have their own unique quirks and aspects that you can grow to like or hate them at your leisure. The only real complaint I have about the story is that no one seems to care that you’re bringing a talking cat around. I guess it’s done off screen, but I was REALLY hoping to see people’s reactions to Celine. While you still aren’t given enough free time to see all the friendship events on your first playthrough, like the previous game, the new game plus option lets you spend points based on number of times cleared to carry over stuff or get bonuses for your subsequent playthroughs, including maxing out the potential bonding points. 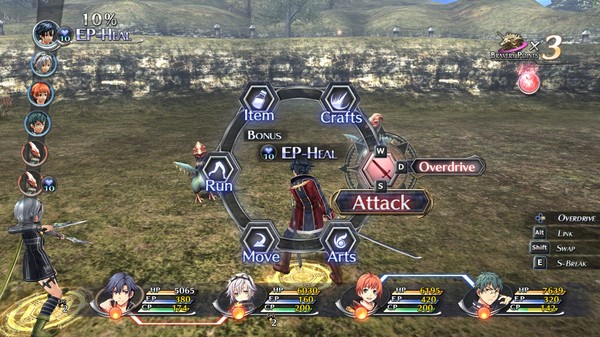 I found the soundtrack for the first game to be great, and Cold Steel 2 hasn’t let me down. With crisp graphics and less clipping polygons from the first game, I’m really pleased with the improvements, especially the fact that I no longer have a weird box with the shadow effects stuck in the upper left corner of the screen. With solid graphics, a great soundtrack, interesting characters, and an interesting story, Trails of Cold Steel 2 is a great addition to the trilogy.