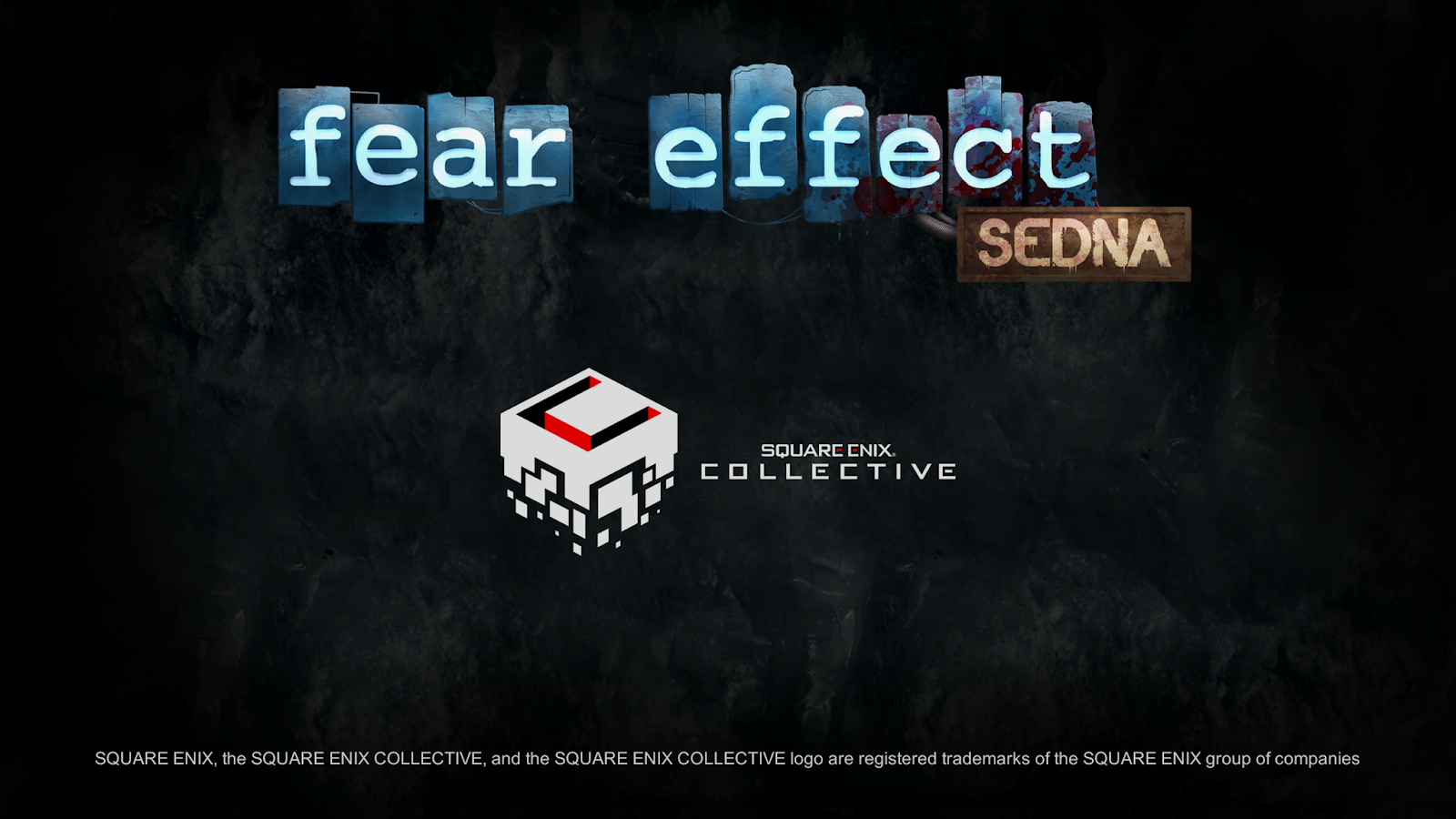 Fear Effect: Sedna is the latest in the Fear Effect series that started back on the original PlayStation. After performing a successful Kickstarter and being picked up by the Square Enix Collective, re-join the cast as they take to the modern era of gaming for old fans and new prospectors to the series like myself.

For newcomers like myself, there may be a bit that doesn’t make sense as the recapping only lightly touches on the previous entries. That said, the game short of older cast members mostly sticks to the present so following along isn’t hard.

What I found interesting is that there’s more than a single protagonist. The cast as a whole take turns on who is in the front seat but they are always accompanied by at least one of the others. While one or two may get a bit more screen time, there’s still a balance as everyone comes together to pull off some interesting heists that delve into some rather at times paranormal circumstances. The reason that the above is important is because when it comes to gameplay, other than a different special ability, they all play the same. Fear Effect is a hybrid of visual storytelling and fast paced twin-stick action shooter to get the player involved into the story. Now while the visuals and the narrative elements are amazing to watch and to listen to, the gameplay which has some really good ideas doesn’t always work out as well as it aimed to.

For the elements that work, and work well, the top-down isometric view for the twin-stick action is perfect. Moving your character around, dodging enemy fire, hiding from lines of sight that appear once you’ve crouched down or filling up champagne glasses for the rich and the snooty while eavesdropping, they work and they work great. Everything is responsive and there are no issues with the interaction of the environment from that perspective. 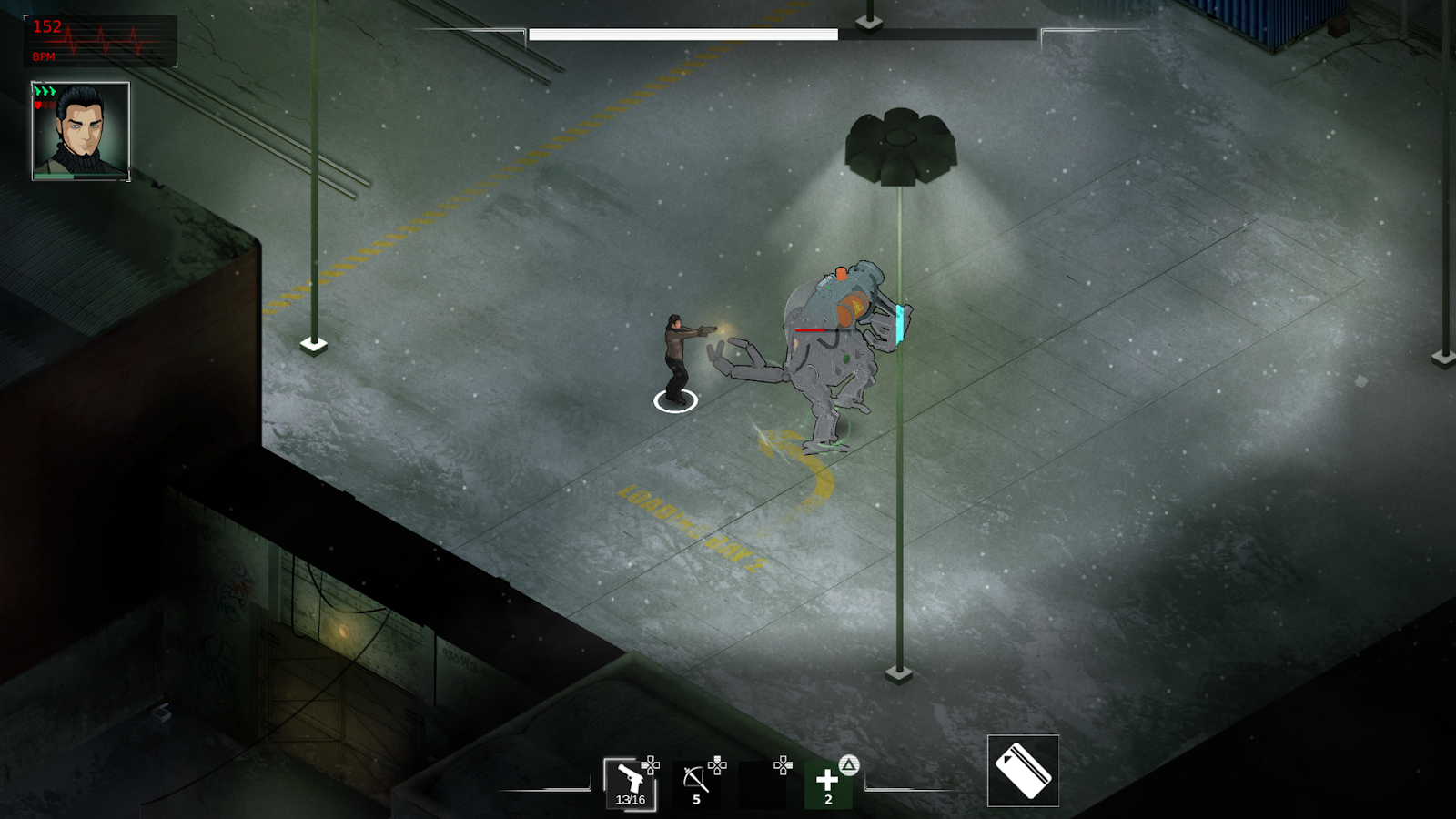 Where things don’t jive as much is in regards to the hitboxes and the tactical combat planning when moving into a room with a ton of people. The planning mode pauses the action and allows you as much time as you want in order to view what you can see of the area. The issues with it though is that your characters are not as responsive as they would be if they were in your hands more often than not dying before they can even do what you’ve asked them to do as Fear Effect is realistic enough that it only takes a couple bullets tops to go down.

On the subject of being taken out, the boss fights while interesting and great as a concept were a bit overkill as they never give you a moment to rest and more often than not what should have lead to a successful dodge will lead to an early grave. There were a few times in which my characters would take a hit and the enemy was far enough from me that the most that should have been felt was a brush of whooshing air. It’ll take a few tries to get it right more from learning where the hitboxes are than the boss’ attack patterns. 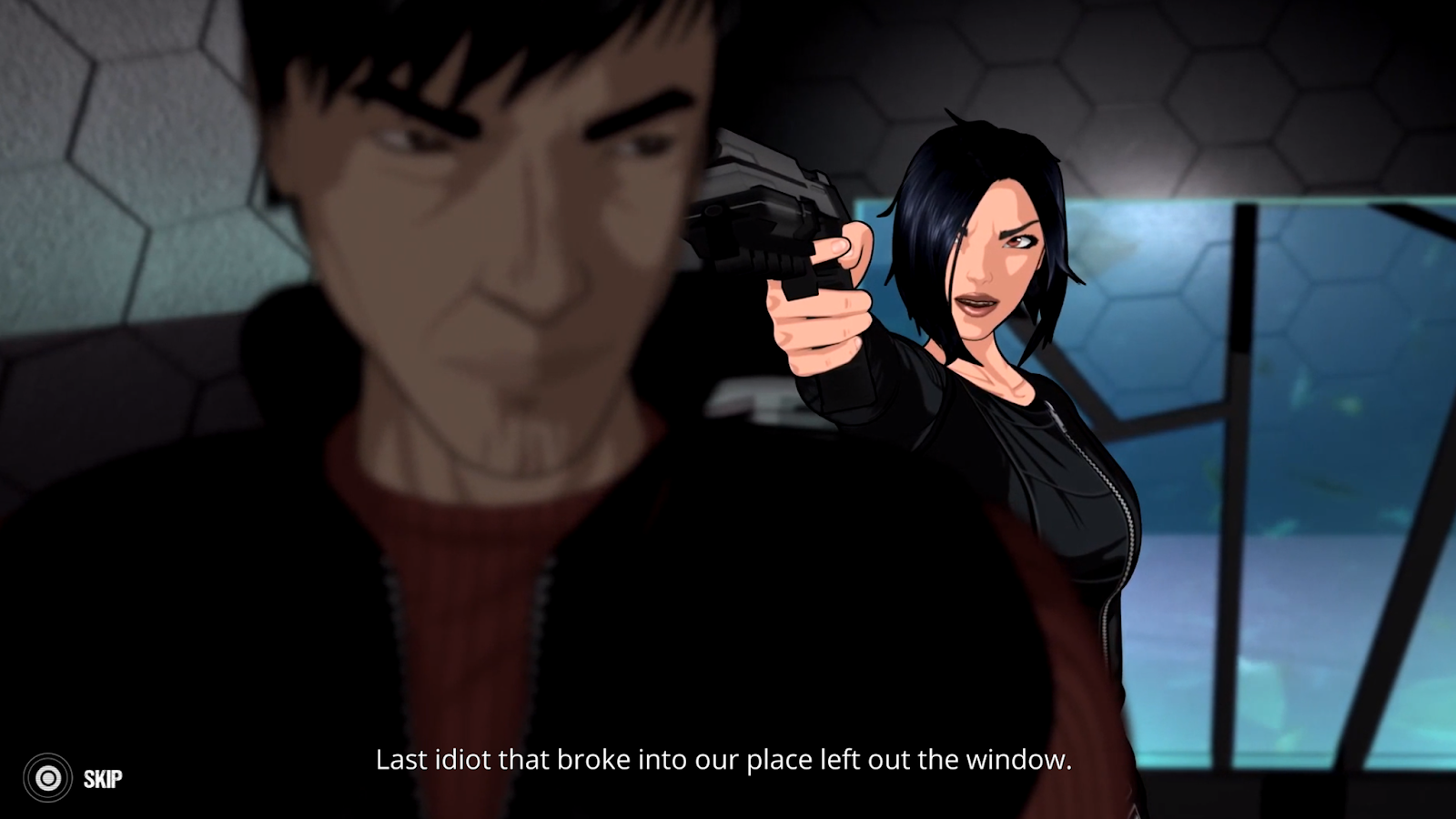 A bit of a pro and a con is the puzzle solving. It’s vague with hints littered around the stages requiring you to really think about it but at other times it’s so damned vague that you’ll just have to perform guesswork and write down combinations until you get it right. The issue lies in that it’s too difficult at times with not enough hints as to how to make your way through it as it’s not always about moving shelves to hide security cameras or moving shipping containers to access new pathways. Often it’s a lot smaller scale than this such as looking at posters on the walls for the combinations to disarm an explosive or hack into a server. It’s amazing in that it’s not tiny waste of time puzzles but sometimes it takes it a bit too far causing more frustration than anything else.

I loved my time with Fear Effect: Sedna and I am going to have to track down the original two parts in the series. The gameplay, while it has its issues, is robust. The dialog is well written and very well voiced. The visual presentations and music are stellar. The issues lay within some of the gameplay which is enough to slightly mar an otherwise amazing experience.