I am slowly, probably due to age, coming to the conclusion that I suck at Roguelikes. Don’t get me wrong, I love the style and tenacity rules the day but when it comes to skill? People like Marc L. will bypass me in a heartbeat all while simultaneously juggling coffee and multiple breakfast items. Moaning about age aside, Xenon Valkyrie+, which is the newest port of the game, is loads of fun and hard as hell!

Starting off in your spaceship, you have the choice of three characters that all specialize in different stats. You have all-rounder who even starts off with a key to unlock chests, a melee based tank and a long ranged specialist. Each on top of their stats have different special abilities which allows for a bit of versatility in your choices. Personal preference will always win the day however each was well enough designed.

Where Xenon is going to split off from the rest of the pack a little bit is that this side-scrolling platformer believes in allowing players to figure out their own way. You can go left or right, you can go up or down, or you can simply blast any walls, floors or ceiling that are in your way. Each of the randomly generated floors have a set way to go through but if you really wanted to, you can blast your way or your enemies in creative ways that will also lead to new passageways. 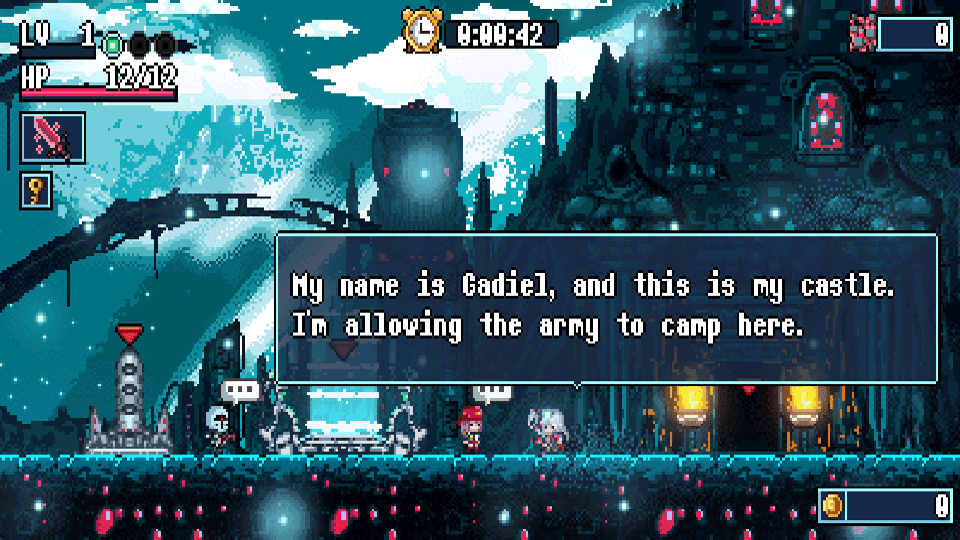 Being a Roguelike you know that it means that everything is not only out to get you but to also make your life hell while it tries. Mechanically everything is solid. Platforming, wall jumping, attacking enemies up close or from afar, it works and it works well. The goal of it all is to make it through several floors before facing off against a random boss, and then doing it all again but harder.

The only thing that will carry over once you eventually fall is what is known as teamite which can be used to buy new weapons which can then appear in chests that randomly spawn in the already random environments. The trick with this currency is that it costs a lot of gold and you may not always have it once you’ve cleared a floor and made it to a safe space where you can level up and buy items. The flipside to this is that sometimes you’ll have all the money and none will be up for grabs. The only sure bet is to defeat a boss and gain it that way! 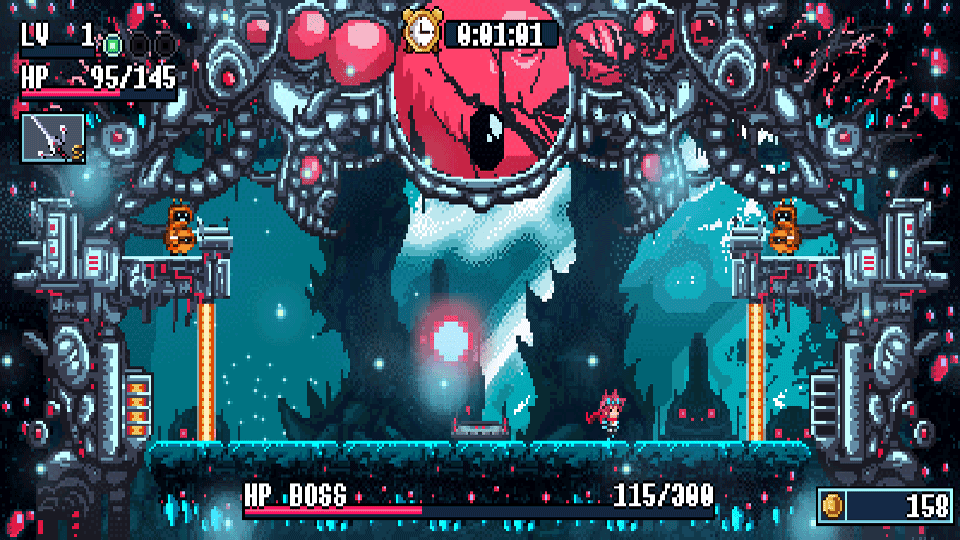 Finally, there will come a choice. To defeat your enemies or to slyfully glide past them. If you’re good enough to do so, go for it. If you’re like me? Stock up on that experience because every level up gives you points that can be spent on your attributes once you’ve cleared a floor. Health, Ammo, Strength and Defense. Each of these are useful in their own rights and can be adjusted from a character’s starting values in order to suit your needs.

From there the world may be your oyster.

Overall Xenon Valkyrie+ is a great title to spend either small amounts of time if that’s all that’s available or hours worth as you try to dive through the stages and the bosses that lay in wait for you. 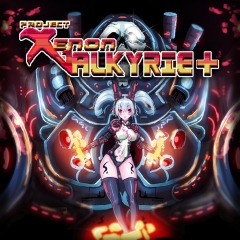