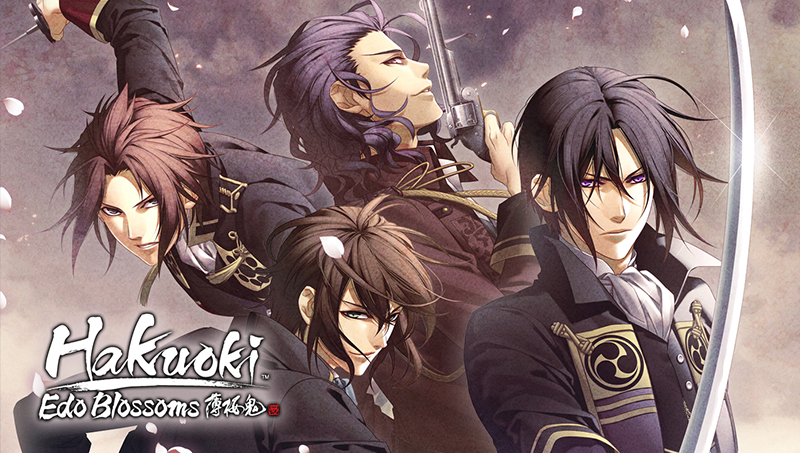 Ahh… Another heart throbbing, tear jerker, romance novel-y game. Better grab that box of tissues ladies and gentlemen, to dab them loose tears and un-fog those glasses, because this one actually has some serious in depth story telling.

Hakuoki: Edo Blossom is a visual novel game and is the sequel to Hakuoki: Kyoto Winds. Unlike the first one, this one focuses more on the romance aspect. If I had to sum up the two in short form, it would be that the first game was one open storyline and every choice you made would shift your story from one character to another, not really making it linear on just one character’s story. The second game is a bit more straight forward. Before you even start the game you can choose which available bachelor you’d like to focus on.

Once again, you play the female lead as Chizuru Yukimura. Continuing from the last game she strives to support her reverse harem of beautiful samurai warriors. As she struggles to keep up with the oncoming war, her choices, or more precisely your choices, could be the life or death of your super powered, demon blooded, boyfriend. 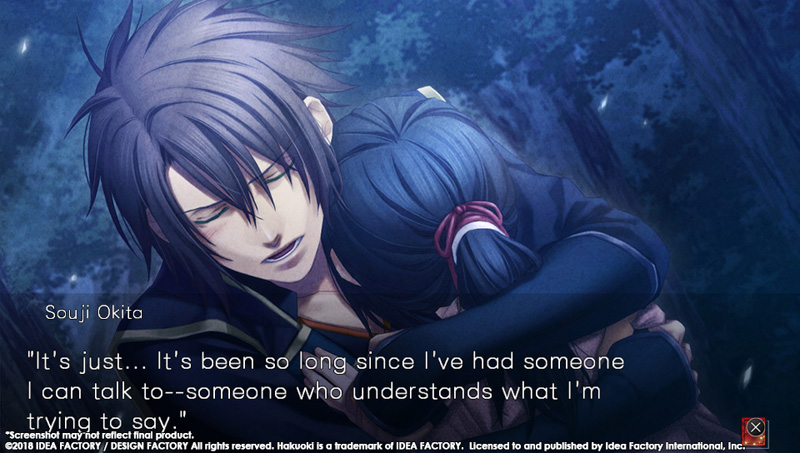 What I was hoping for from the first game wasn’t rewarding enough. It felt like I was missing half of the story. It wasn’t until months later that I realized that it was a two part game release. The first one kept you on your toes, like climbing to the top of a roller coaster and suddenly stopping. Never truly satisfying that thirsty need to romance your man candy into loving you. The second game was the real treat. Sending you down that roller coaster at high speed with your heart pounding from the adrenaline is exactly what I was waiting for.

The music and art style remains the same from the first game, with the added bonus that everyone gets a new outfit. Beautifully crafted still-frame background and string orchestra bring a nice balance to the games story.

There really isn’t any frustrating obstacle in the game, unless you’re me, and you try your damnedest to get so-and-so to love you, but you choose the wrong answer. THANK GOD FOR THE QUICK SAVE AND RE-LOAD ASPECT OF THIS GAME. I’m one to hate getting a bad ending, so having the ability to go back in time and retry the opposite answer has saved me plenty on getting that one happy ending. 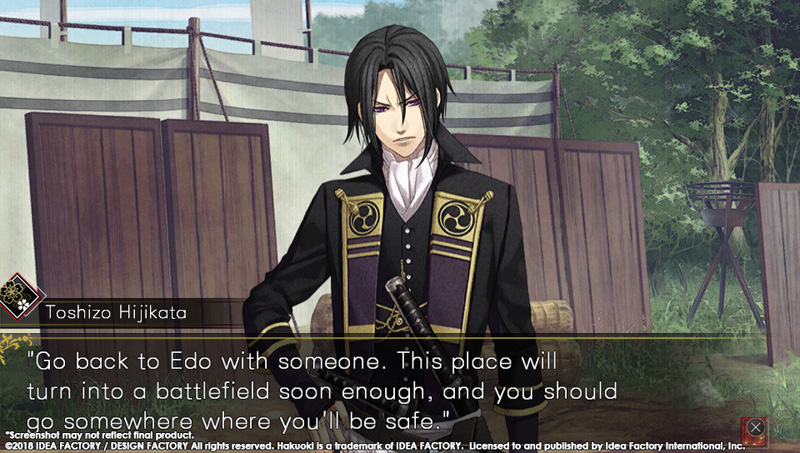 I found Edo Blossom to be half the length of the first game. Finishing up the end of the story we never got in the first place. I don’t see why this version had to be two separate games, they could have easily made this into one. Most other Hakuoki games that have spread throughout the many consoles, DS, PSP and PS3, only have the one game to them. No two parts.

To conclude, I loved that I finally got to the end of this story. Hakuoki: Edo Blossom is by far my favorite visual novel game. I give it a 8.5 for its gripping storyline and breathtaking scenarios. I recommend having this game part of your collection if you fancy these types of games. Start with Kyoto Winds, in order to understand the whole  first part of the story, and end with Edo Blossom.