comments Share
You are reading
Shuto Con 2018: Getting to know Chris Patton

One of the more entertaining aspects of Shuto Con 2018 was the question and answer sessions with the different guest panelists. Chris Patton was the first one I attended, and he certainly got me off on the right foot with these sessions.

I had missed his session the night before, which was apparently themed around roller coasters. Fast forward to our morning question and answer session, and Chris amusingly laid down a simple set of ground rules: keep the questions coming because if fifteen seconds of silence goes by, he would then begin to recite random facts about roller coasters. It was a fun, quippy way to kick things off. However, it also became indicative of the pace of the session as Chris never had to resort to regaling us with his knowledge of fast-moving vehicles on tracks (though I do enjoy roller coasters and have been a frequent visitor of Cedar Point over the years).

No, instead the conversation touched on a variety of topics. Given his experience in both anime and video games, there was a lot of different places for the questions to touch on. One of the earliest questions asked of Chris was what his all time favorite Nintendo game is. Seeing as we’re roughly the same age (and a lot of the attendees were younger – something Chris himself called out), I found it easy to relate to when he began talking about Atari and how he used to play the heck out of Galaga.

As a longtime fan of the Fire Emblem games, it was amusing to hear how little he actually knew about the series when being asked about his roll of Cliff in Shadows of Valentia. When compared to the heavy lifting that goes into a full season of an anime, I have always figured that there is a much smaller time commit that goes into voicing a video game. Chris pretty much confirmed that when he was talking about how his time recording for Shadows of Valentia was only a handful of hours and done. He did at this point ask the crowd what kind of a game system he should invest in if he were to get back into gaming, and the overwhelmingly popular response was the Switch. 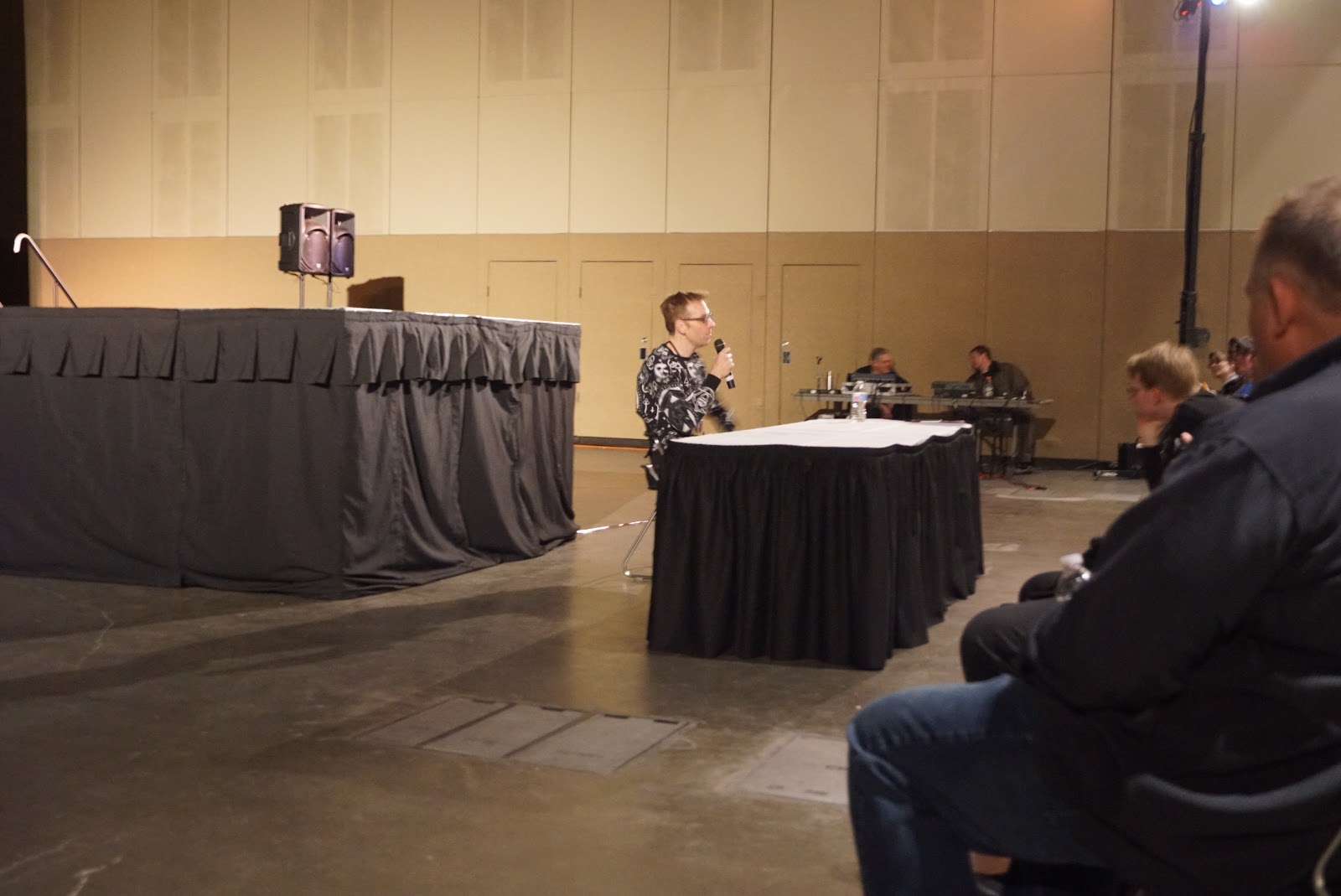 On the less than 0.00001% Chris happens to read and see this article, my recommendation? Nintendo 3DS. Bigger library, ‘simpler’ games by and large (and seeing as he’s missed a few generations of consoles, that might be a good thing) and it is portable (more so than the Switch’s more limited battery life) – and it sounds like he does a lot of traveling. My two coppers on the topic. Moving on…

Most of the questions revolved around Chris’ various roles in anime, and he had a nice discussion about how he approaches a new character. Chris explained how he looks at the character’s art, likes to do research on them and then tries to settle into a familiar voice. His response to one question about Asura was pretty funny, as he said that the director kind of called him out on going back to a familiar place. It actually reminded me a great deal of when Troy Baker (someone Chris has worked with in the past) said that the interview for Far Cry 4 went in much the same fashion.


It was a funny bit by Chris, and pretty representative of a lot of his comments along the way. He had really good shares on some of his favorite characters, and gave numerous bits of insight on how he comes up with particular voices. One of these included a segment where he explains how the director he worked with on Soul Eater encouraged him to dig a bit deeper on Asura than he was perhaps originally planning. In another instance, he talked about how he is personally very poor in math. However, one of his gigs was to voice a year-long course on calculus for an online curriculum. Chris joked that he had no idea what he was talking about and mentioned this to the person he was working with on the project. At that point Chris said one of the better bits of career advice he received came from the conversation, and he was informed that confidence was the key. Chris was told that he sounded like he knew what he was talking about, and that was all that mattered in this instance.

One of my favorite questions asked of Chris actually came from my daughter, Raegan. She asked what role Chris missed out on, that he most wish he had ever had the opportunity to play, and he gave a couple of answers (clip below).


All in all Chris Patton came across as a very friendly, down-to-earth guy who had a self-depreciating sense of humor that seemed to resonate well with the audience. He was quick to talk about stories where he and a friend crashed a yaoi panel and a time he was pranked at an awards ceremony by Johnny Yong Bosch.These kinds of stories kept everyone laughing, making Chris a combination of informative and entertaining – a great start to our panels.