comments Share
You are reading
Shuto Con 2018: Getting to know Jason Marsden

The second of our guest panels was hosted Jason Marsden, who has a pretty extensive list of works to his credit. While there are certainly some gaming ones in there to take note of, he was one of the few panelists to actually have notable performances in both television and the movies as well.

One nice touch that stood out to me during this panel was Jason’s penchant for asking the questioning attendee their name and just working in a sort of quick greeting each and every time. Of the panelists I saw, Jason was the only one to do this, but it seemed to help put the attendees he was talking to more at ease. He was also very active, walking around to each person posing a question, presenting them with the microphone so everyone could hear. These were little things, but it certainly put a slightly different spin on his question and answer session and made the entire experience much more personable. 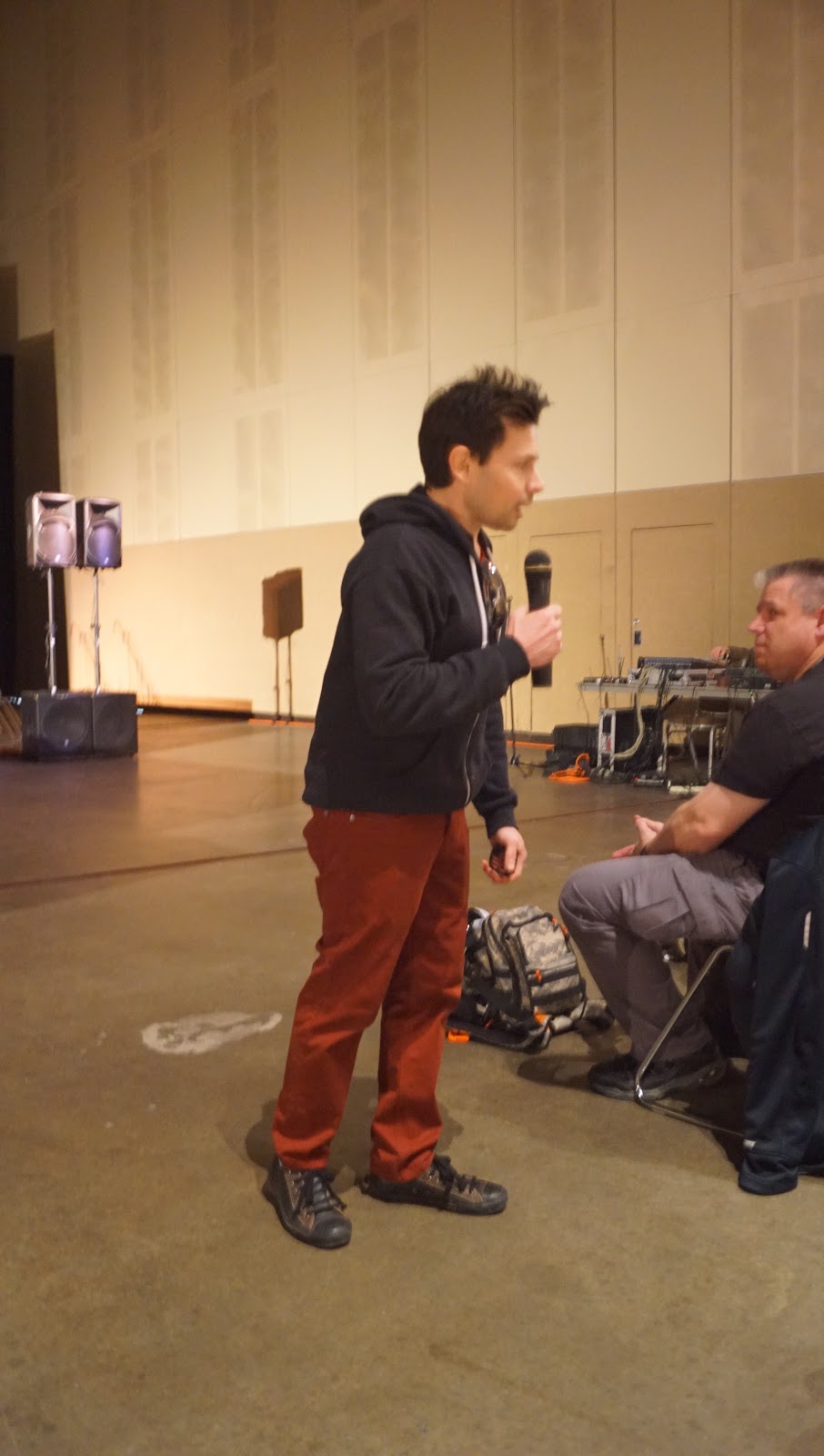 While Jason has a pretty lengthy IMDB page (seriously, check it out), besides his time working in movies and television, the other aspect of his bio that makes Jason a little different than the other panelists is that he has a bit of history with Disney as well. These things probably give Jason a bit more mainstream recognition than the other panelists. Considering what a huge Disney fan my wife Heather is, this immediately made him the most recognizable panel member for her – but even then he offered up some surprises. For example, most of the room thought of Sean Murray as Thackery Binx in Hocus Pocus – which led to quite the collective realization when Jason mentioned how he was actually the voice of the character in both human and cat form. The voice swap went right down to some belabored panting in one scene where Sean was the one onscreen at the time, but we were actually hearing Jason’s heavy breathing.

One of the more interesting questions that got brought up was whether or not being cast in Disney films in the past made it any easier for Jason to get new roles with Disney today. I was particularly curious about this question, because I have noticed a change in Disney’s voice talent hiring over the years myself. When I was growing up, by and large the primary cast in Disney movies were people I had never heard of before, though Disney seemed more inclined to use people they were familiar with more than once. Someone like Phil Harris got to be Little John in the 1973 version of
Robin Hood and before that Baloo in The Jungle Book in 1967, for example. However, over the last decade or two, I’ve felt as though Disney has made something of a shift in their hiring practices that leans more towards bringing in popular celebrities to headline their voice casts instead. Jason called this very thing out and essentially confirmed my suspicion – that having worked for Disney in the past doesn’t really help these days given this trend over the last decade or so.

Another common theme that came out of Jason’s chat was just how much respect he had for a lot of the other actors he has worked with in the past. There were a lot of questions about his experiences working on shows or movies that had some big name actors such a Mark Hamil and Jeff Bridges, and Jason was very quick share praise and stories about how he was always blown away by just how nice and normal they were despite their celebrity status.


By and large, Jason was pretty darned accommodating to the audience. When asked to do some Goofy and Max impersonations, he went right into it. He was asked about a couple of his more obscure roles and certainly did not sugarcoat it as he picked on his own performances more than a few times. At least twice he got talking about a role and he would make a remark about how he was terrible in it, overacting as a kid.

Of course every guest panelist has their own personality and style, and Jason’s was a bit different than the others. He immediately struck me as a very sarcastic guy and showed some sharp, quick wit in some of his responses – something I can certainly relate to but might not be for everyone. However, Jason was also doing a really good job of reading his audience. He had plenty of quips for those who were a bit more outgoing and confident in their questions, but Jason also showed a willingness to be patient for those attendees who required somewhat more delicate handling as well. He did subtle things like talk slower and in a slightly quieter tone of voice, and it worked well with those audience members who were clearly of a shyer nature. A specific audience member had taken to asking Jason a ton of questions, and Jason never lost his patience with him, and even commented on how the attendee had a lot of guts to ask the questions he did. 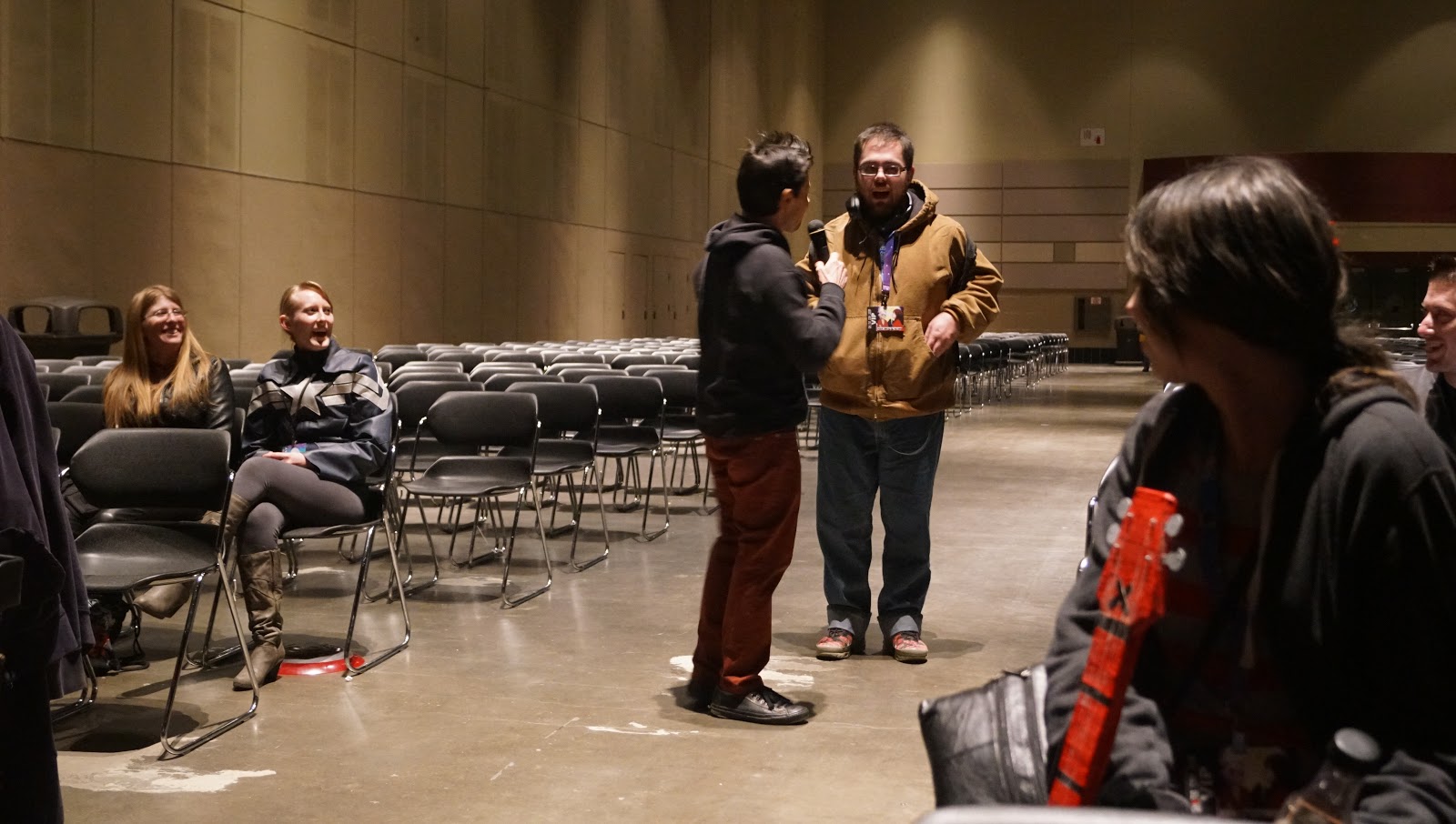