This week I stumbled back into an old game that I haven’t played in a few years. It’s a free to play MMO entitled Neverwinter and I used to play it before I found Guild Wars 2, The Secret World, and few other games.

In case you weren’t familiar, Neverwinter is an MMO set in the Dungeons & Dragons world where I play a Drow Elf Trickster Rogue. Another interesting point of note is that I often find myself playing a rogue in D&D games (including the Tal’Dorei campaign I’m currently in.)

It was quite a shock to discover some of the changes after I quit playing due to my pathetically low graphics card abilities. The company had raised the level cap and included a few new features. For example, instead of racking up all kinds of runes that leveled artifact equipment, a player now converts items into refinement points to serve the same purpose. Changing this widely used ability has now freed up a ton of space! They’ve also changed the game to allow refinement of all gear pieces. It negates the need to run off to a vendor every time bags are full. Although, because I would always run out of bag space years ago, it was the singular factor in getting the Aurora’s Whole Realms Catalogue artifact. Not only am I able to buy potions when I need them, but I can sell all of those pesky green armours if I wanted to. Although, converting those into refinement points is more beneficial at this point in time. Therefore, I don’t need to activate my little shopkeeper as much as I used to. 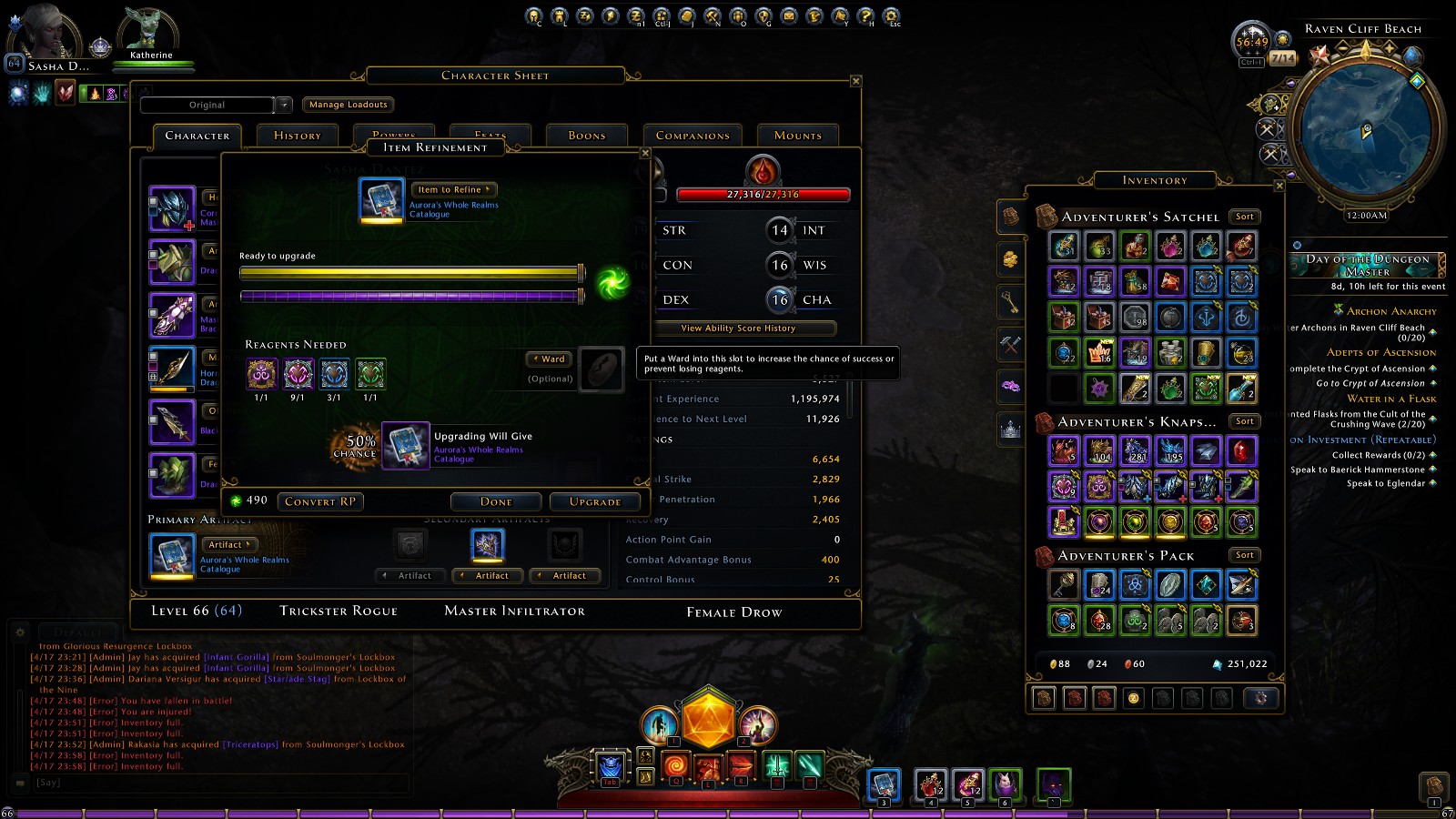 Earlier I mentioned that I had quit because my graphics card couldn’t handle the game. At the time I was max level, which was 60, and I had been working my way through the new campaign setting Well of Dragons. When five dragons descended upon the area, it lagged my computer. Also because it was the newest content, there were massive raid groups of people flocking to each of the dragons at any given time. Today, the game has a higher level cap and changed all of the zones I’ve completed to level 70. In short, I have boons that I shouldn’t technically have for my newly found level status. Needless to say, when I logged back into Neverwinter after four years of inactivity, I was still inside the Well of Dragons, a now lethal place for my undergeared character. I tried to make a clean escape and I think I died at least four times before I made it to the exit. It wasn’t pretty. Actually, while I think about it, it’d be nice to have the game allow to run back to your body similar to World of Warcraft if only to save a person from such a situation…

Basically, this week I spent a great deal of time getting myself back up to max level so that I could go back to the zone I had left years earlier. I achieved this goal. I made it to level 70 the other day then proceeded back to the Well of Dragons. This was a mistake. I had my ass handed to me by a trash mob. Yes that’s right. I had to determine where to get gear that would boost my survivability so I went back to the Fiery Pit. Currently I’m in the process of completing the Elemental Evil Campaign so that I can acquire some appreciable gear. Also, I’ve been grabbing a couple of blues, or epic quality, that gives me defense and health. 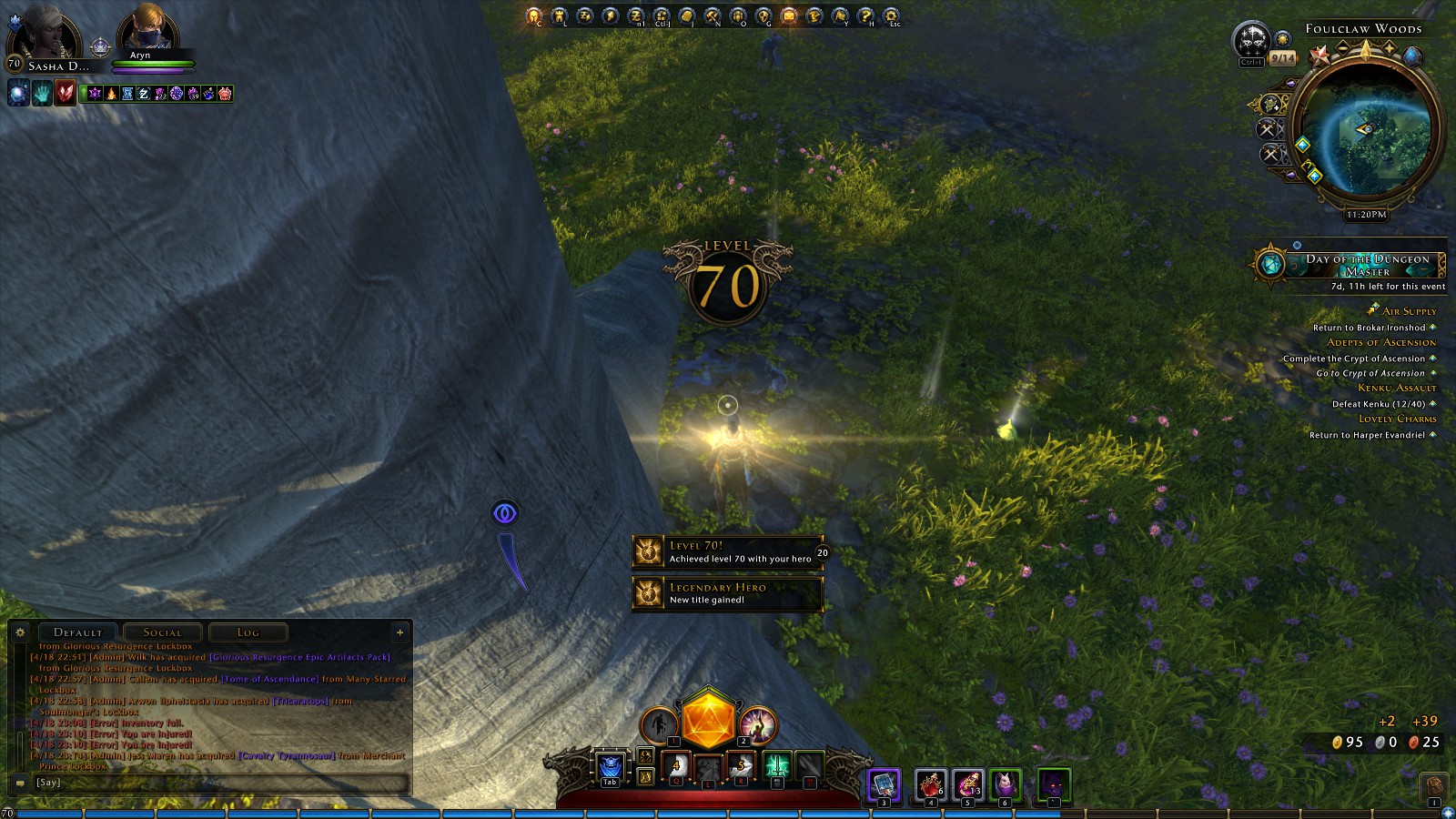 Neverwinter is certainly not the greatest game known to man, but if you like Dungeons and Dragons, this free to play MMO isn’t bad. The leveling isn’t insanely difficult in terms of other MMO’s and the zone only events are amusing. I’m particularly fond of the mushroom event. Yep. I should include in my characters backstory that she is addicted to shrooms. Although, I have good reason for this! That event used to net a player a ton of those old refinement runes used to increase artifact gear or companion stats. I can’t think of other zone events like that which net you the same runes. I have no idea if those things still drop from that event. I shall have to investigate. cackles 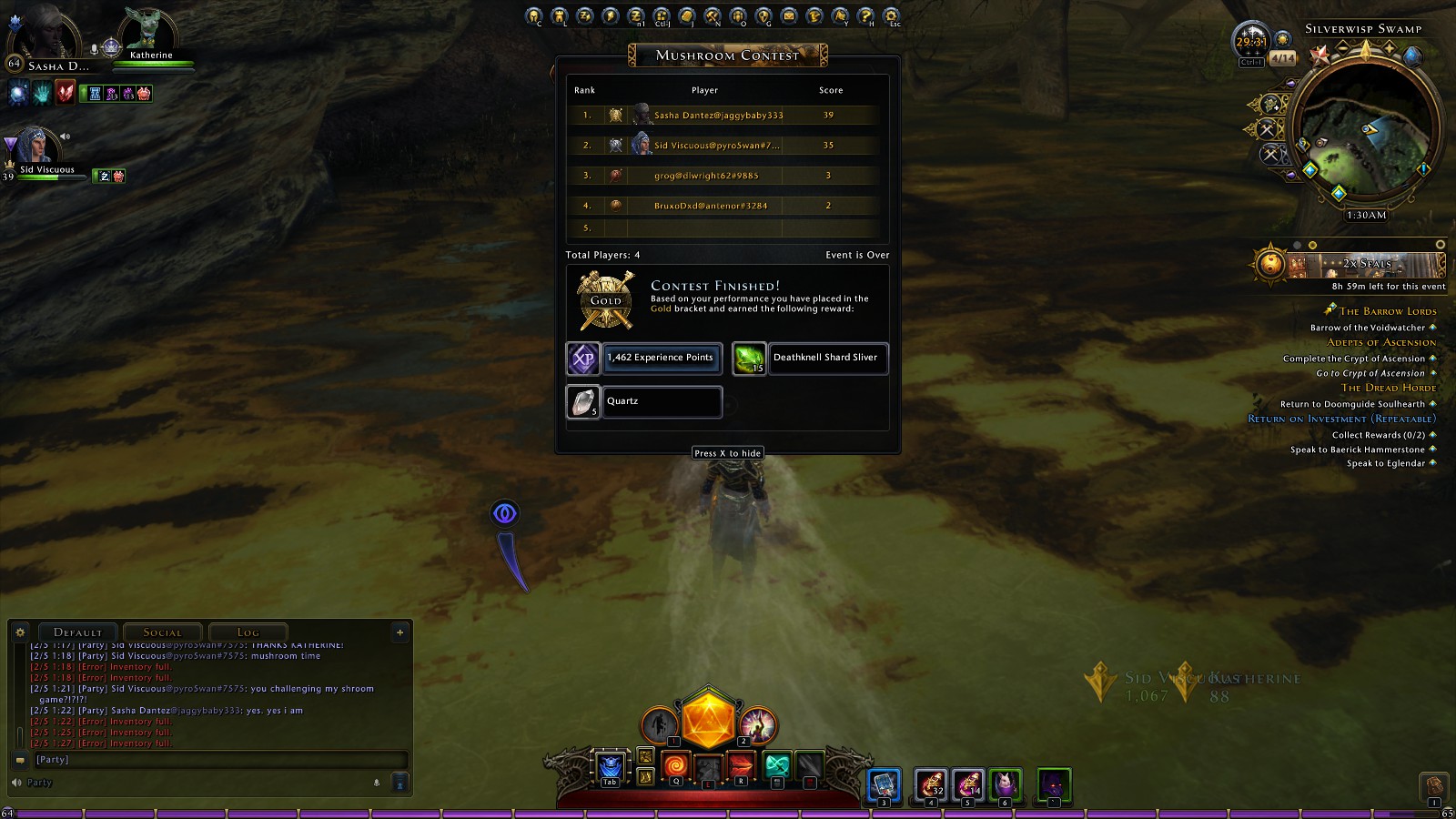 What do you think about MMOs? What are your top favorites and why do you like them? My top three list consists of Guild Wars 2 (In a move that shocks no one), Secret World Legends, and Neverwinter.