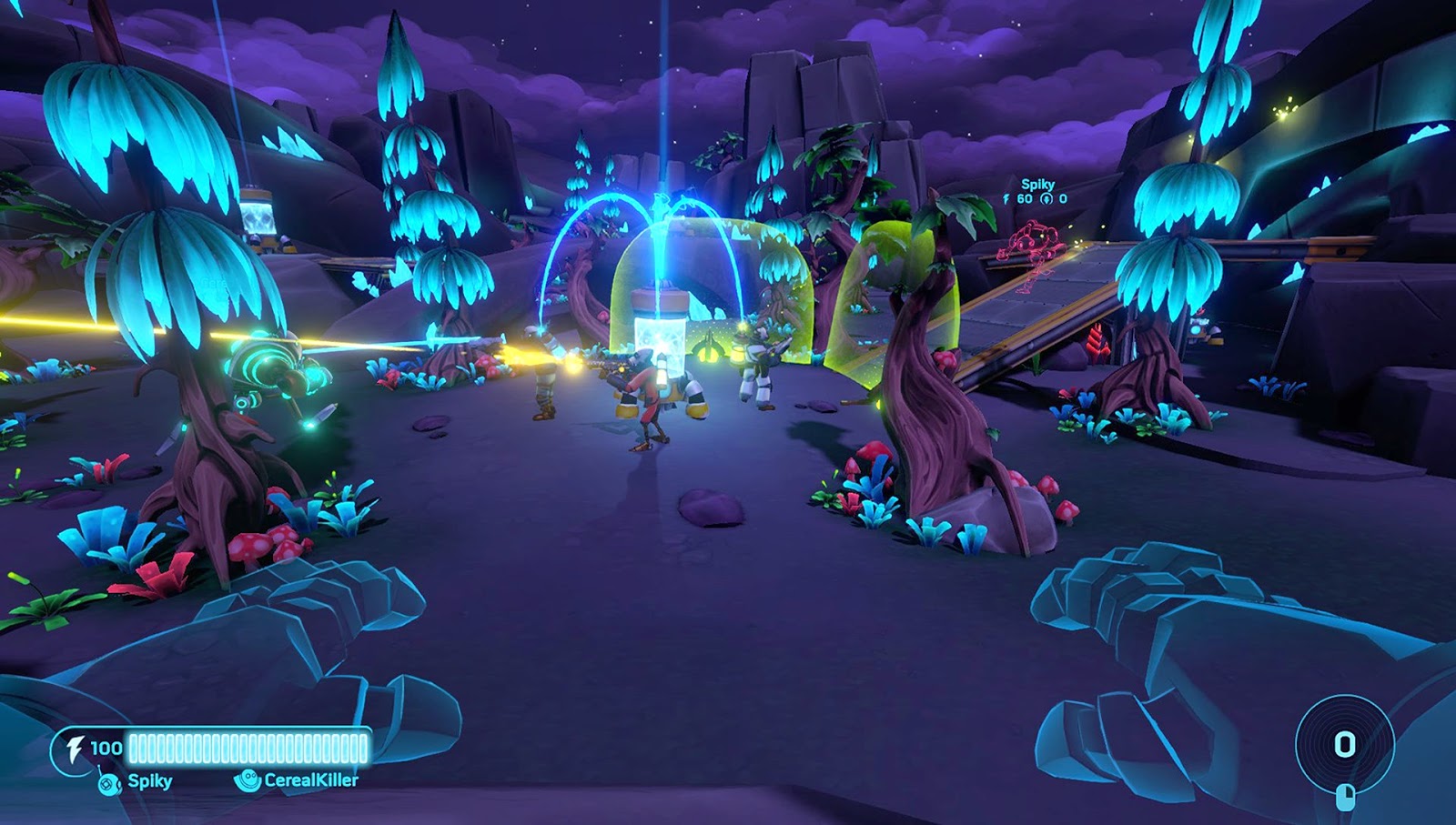 For one day only, Chainsawesome Games, a Canadian company, hosted a closed Alpha test of their new Battle Royale game After Charge. It’s a 3v3 game with two types of classes, for lack of a better term. One class is the Workonics which remain perma stealthed until seen by the Enforcers who have the benefit of tracking technology on their weapons.

The premise of this game is simple. The Enforcers are tasked with protecting the extractors on the map, while the Workonics want to destroy the very objects being protected. The catch is, the Enforcers cannot be destroyed and use extractors as a recharging source for their weapons.

To win the game, either the extractors are destroyed by the Workonics or the Enforcers successfully kill their opposition.

Either way, because the maps are not large, individual matches are short. There is no need to hunt for ammo or weapons in this game, which levels the playing field for those who are not typically FPS players.

That said, the game is still in the alpha phase and requires trials to prepare it for launch.

Features of the Game 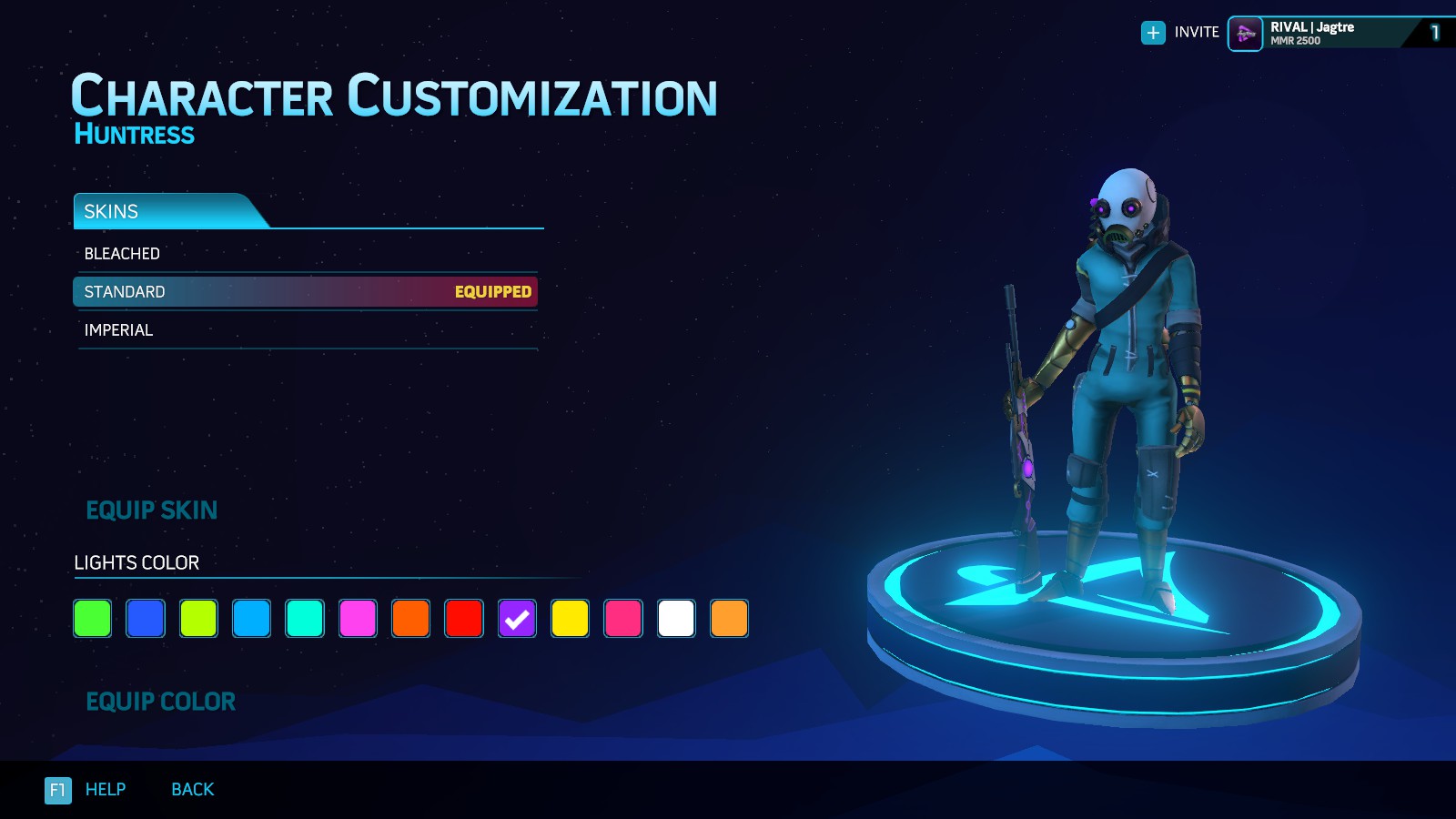 Currently, there are two maps in the cycle which will hopefully be added to. Additionally, the roles of players are switched between matches, so there is equal opportunity to play the two types of classes. When a match begins, a player chooses one of four skins, and only one of each skin can be used per match. No two characters are alike in any game although, they can be customized with some colour options. This is not extensive but it gives players a little bit of control with their character.

Another feature in the game is the ability to use voice. In the options screen, a player is automatically set to push to talk, but this was not a feature I had the opportunity to test. When watching one of the streamers late in the day, someone used the voice feature. It seemed to work well and was quite loud but I don’t think most people realized the option was there.

At the start of Alpha Charge, a player begins with 2500 MMR, a system used to rank players by their abilities. It adjusts based on different factors within the matches themselves like wins and kills, although players often aren’t made aware of what comprises its calculation. Don’t worry, if you played in the Alpha stage and were concerned with the developers crushing you, veterans were given a higher starting MMR. Only the newbies had to work their way up before facing the professionals! 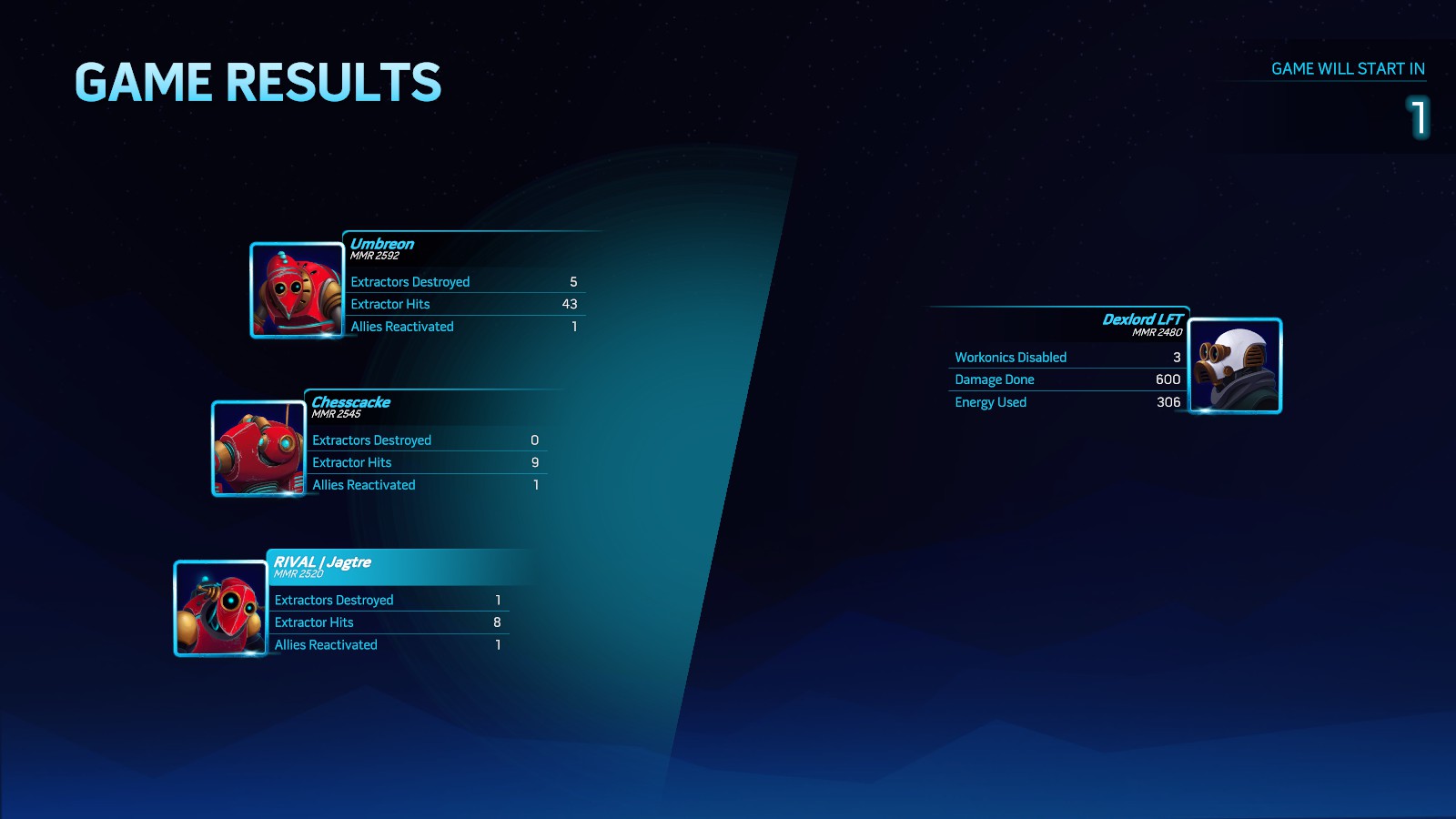 Real talk. I am not really big into Battle Royale games because I get bored of them, so take my opinion with whatever grains of salt you may, but I actually enjoyed Alpha Charge. It requires players to be a bit more strategic and stealthy as opposed to employing common run and gun strategies.

I also liked the idea that the Enforcers are invincible, meaning that winning the game is reliant on observation and tactics, as opposed to lucky shots or dirty kills. It’s a game that is purely focused on the objective, to either kill the Workonics or destroy the extractors. Alpha Charge does not rely on players who have the biggest guns or the best aimed sniper shot.

This game is fairly balanced because each character has only two abilities, meaning that Alpha Charge is not like CS:GO with many weapon options. This indicates to me that players can be judged fairly on their game play strategies, instead of weapons and gear. If players want options for that sort of thing, this is not the game for you. I find that games are often hinged upon a person’s ability to be a crack shot which doesn’t suit everyone’s style. Skill over kills is what I say, and this game gives people a chance to be a decent player, no matter the starting skill.

Because I played the Alpha build, I was hit with some interesting and minor bugs like a straight black screen after a match finished. It was sad because I didn’t get to see my epic and low score. A nice addition to the game would be an overall stat screen. Perhaps not something that’s over technical, but something that shows total kills, total extractors destroyed, and other basic stats. It’s not a necessary feature by any means and right now it has the Overwatch model with a stat screen at the end of each match.

I like the look of the game. It is cartoony a little like The Darwin Project, which is another Battle Royale game that I enjoy, but it clearly is designed to be a game that a player can load and go. It’s not complicated by any means and will not be for everyone.

The two maps are different enough and yet small enough to facilitate short and sweet matches. I was able to get in a few good games before I had to leave, which added to my personal appeal of After Charge. I don’t want long drawn out games and no one has to agree on that point. Players that want something more complex have many options when it comes to this genre, so have at ’em. 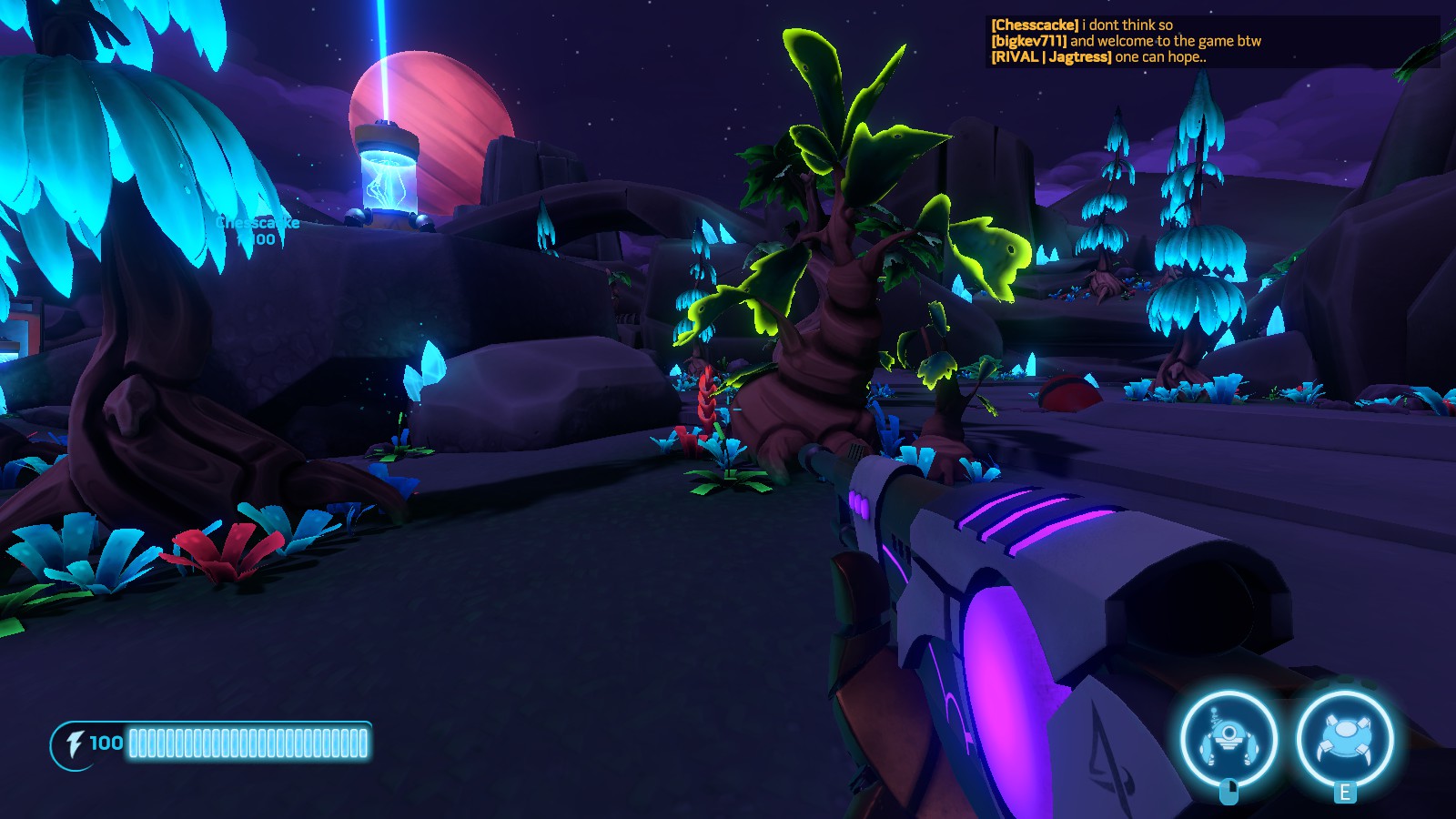 I do hope that more maps will be added to the rotation and I think this game has some great potential.

I look forward to playing more of this game as development progresses. At this point, I’ll give the game a 7 out of 10. It’s light weight, it’s fun, it has an interesting premise, and I think Chainsawesome Games has a future with the game. If nothing else, the developers will learn from this experience and take that knowledge into future titles.

More information about After Charge can be found here: http://afterchargegame.com/ Don’t forget to follow the game on Twitter for future Alpha test dates or chances to get a key (https://twitter.com/aftercharge). This isn’t the only chance we’ll have to play the game, so keep your eyes peeled!