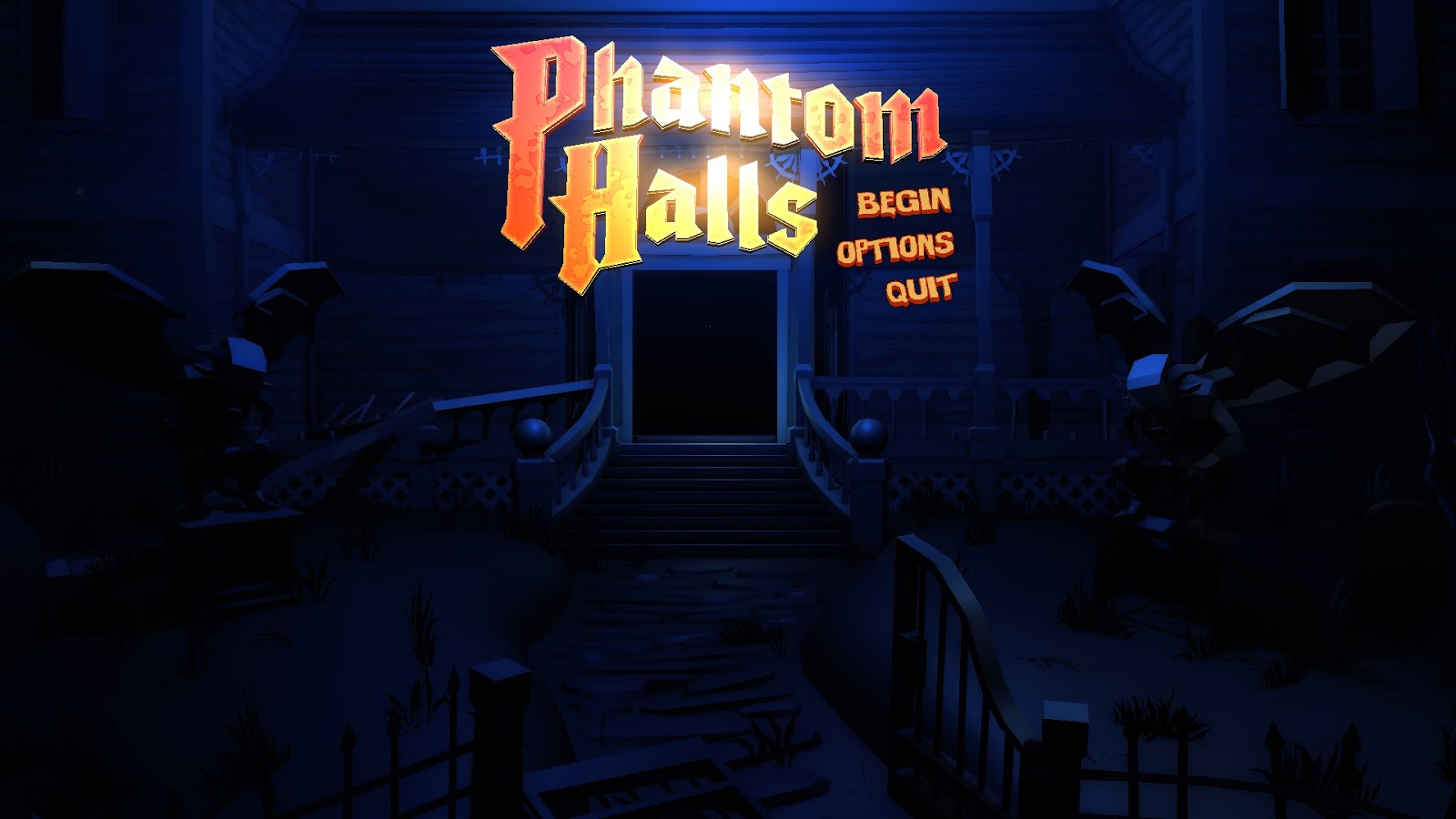 Phantom Halls, other than being one of my “obligatory” horror titles that I set myself to do in a year, took me by surprise. It’s horror themed but it’s not scary. Taking one of several possible characters as your lead, in which each have their own special abilities, they also come with quests and the ability to bring two others along for the ride. So what do a Goth, a Cheerleader and a Nerd have in common? Wanting to survive a haunted house that is so packed with weapons that even Ash from the Evil Dead would want to partake in the action! Oh wait, he does!

Currently within Early Access and slotted to launch for Halloween later this year, Incendium took to Kickstarter in order to give a better final product. If what is already present is any indication, they’ve got nothing to worry about.

Using papercrafted models, you’ll be guiding three characters through a two dimensional haunted house in order to achieve the goal that you’ve set out for them. Ignoring the standard horror movie logic, and Dungeons & Dragons one by this point, the party does not split up but stick together in a tight moving formation of weapons and flashlights. What I appreciated the most is that while all three move together for good and bad… damned falling chandeliers… is that they can act independently of one another making for a formidable fighting force. 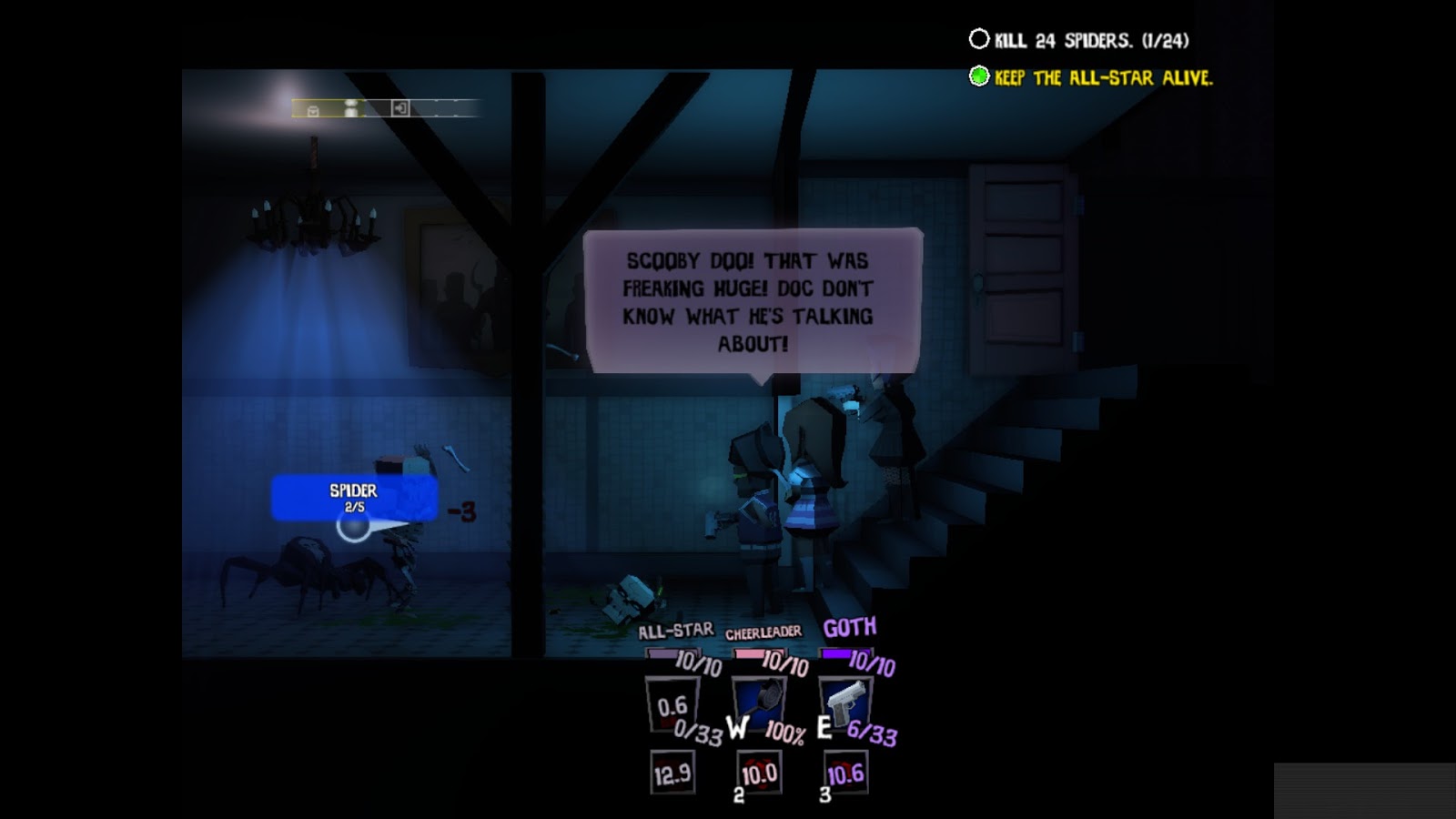 While moving left and right, your characters can look from down on the ground to up on the ceiling in order to aim their weapons or their swings. Baseball bats, frying pans, pistols, assault rifles or uzis, if you’ve got it use it. Between you and whatever goal has been set out such as collecting bat wings or killing xth amount of spiders, there will be skeletons, spiders, bats, gargoyles and a lot of other crazy stuff trying to kill you when the environment itself isn’t trying.

What I loved about Phantom Halls is that while it’s not “scary”, the horror themes are all present making you want to take your time and not simply rush through. Pretty much because if you do you might as well give up as that’ll be “game.” With just about two weeks left to go on the campaign there’s plenty of time to take a look at it or to jump onto the Early Accessed version that comes with groovy Evil Dead 2 content.