Until recently I hadn’t sat down to a MOBA in a while. I played a bit of Heroes of Newerth on launch, I’ve played DotA and DotA 2 in the early days and at LANs and finally I previewed Deadbreed when it was still available on Steam. Since then I haven’t really touched the style a whole lot until a simultaneous delve into two variations of the style. The first of these was Battlerite that my brother introduced me to and the second was Spellsworn which I dragged him along for the ride. What do the two have in common? It’s you versus the other players without the towers and the minions to get in the way!

Spellsworn is currently in Early Access through Steam and unfortunately for me, try as I might, finding a match is near impossible. With about a constant three hundred plus people online, I can find a match but I can’t join it. Doesn’t matter what I do I just simply get to the final stages of the joining and then it boots me out. I can make a match and play that way but people joining were few and far between so a lot of what I’ve been able to do so far has been with my brother and his friends that we dragged along for the ride. 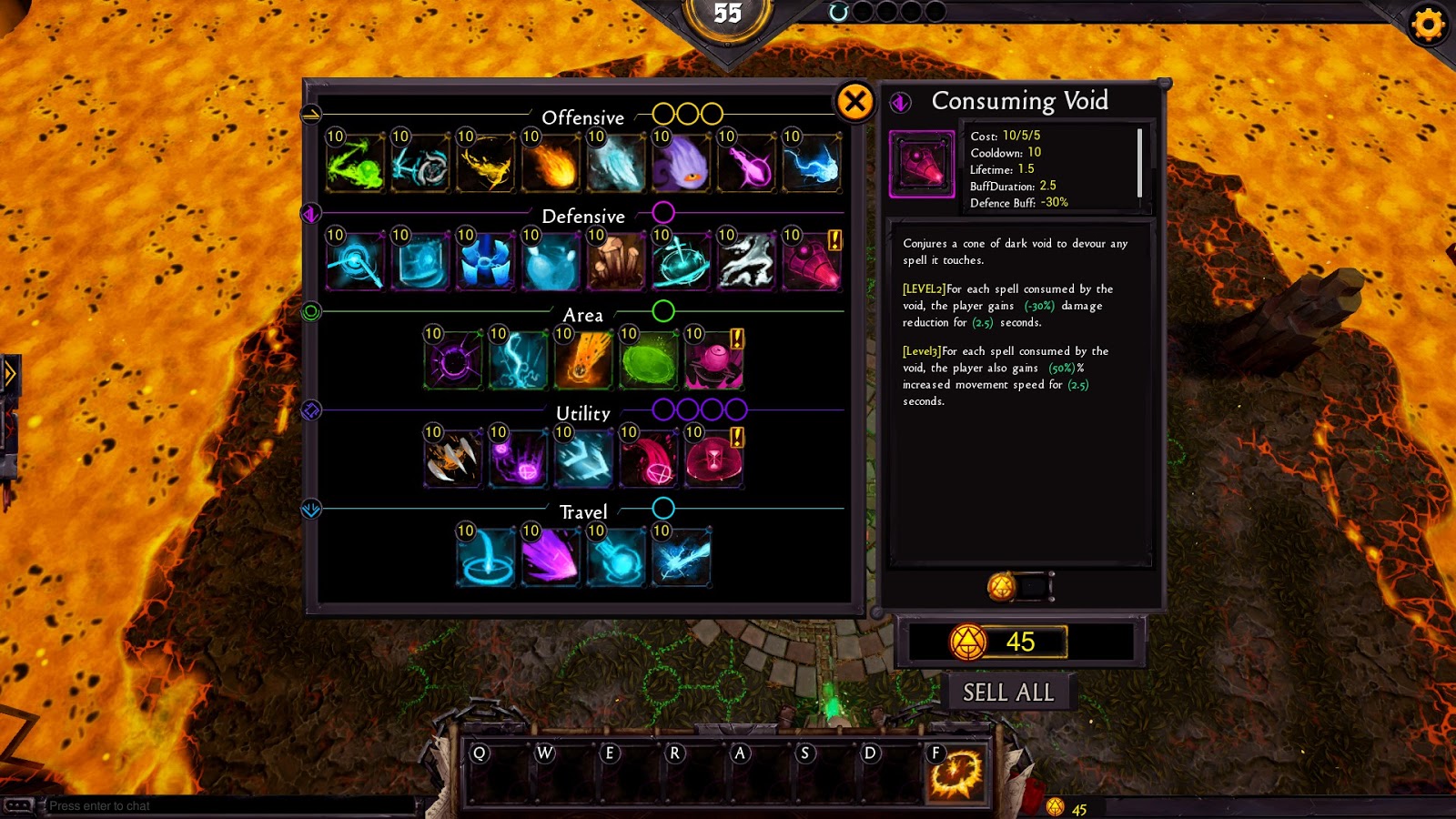 Set in a close enough proximity of an arena, you and whoever else comes in for the ride will be facing off against one another in a Magicka style spell slinging slugfest. Starting off the match you can buy spells from an available selection that matches your playstyle. Fireballs, fire circles, magic barriers, poison spells and more are there and it takes some experimentation before finding out what works for you.

The gameplay is smooth enough and it’s really easy to pick up though at this stage we all found that trying to find a game other than the ones that we created was next to impossible. So we will be back in a bit in order to really take it out for a spin against other plays and not just others that we know and can yell out at through a Discord channel.