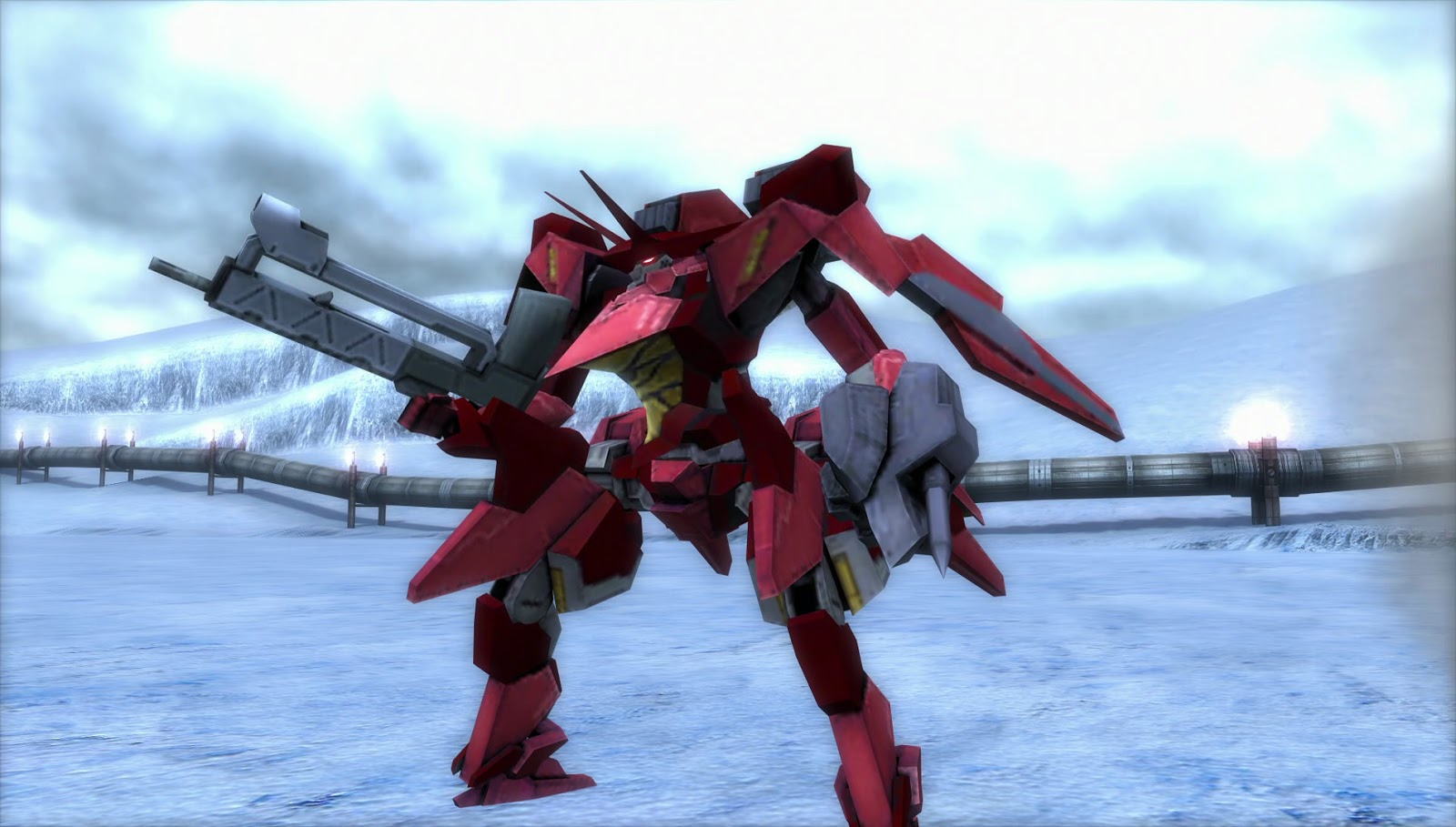 The overall update to the PlayStation 2 title is a decent enough one, but there are some games that really do deserve the HD treatment because they had compelling stories, interesting mechanics or were simply a blast to play. The problem with Assault Gunners HD Edition is that it really is not compelling on any of these fronts, and is an update that we really did not need.

The premise starts off adequately, as you take on the role of a soldier assigned to protect colonies on Mars from some mysterious invading forces. Sure, it’s silly, lightweight and at least serves the setting, but the story never really gets much deeper than this. For better or for worse, Assault Gunners HD Edition is focused on its gameplay. To that end, the game holds up a bit better.

What we get then, is a third-person action shooter that offers serviceable action, but also kept reminding me just how much further the genre has advanced over the years. No one is going to confuse this with a top-rate Gears of War title, and mowing down waves of enemies is satisfying in a sort of simple, mind numbing way as I found myself relying heavily on the right shoulder button and just taking my lumps. What do I mean by that? Well, of course we’re talking big mechs, which are cool – but also lumbering and oftentimes difficult to maneuver. The gameplay just never really evolves from here, which is a bummer – because the potential is certainly there. 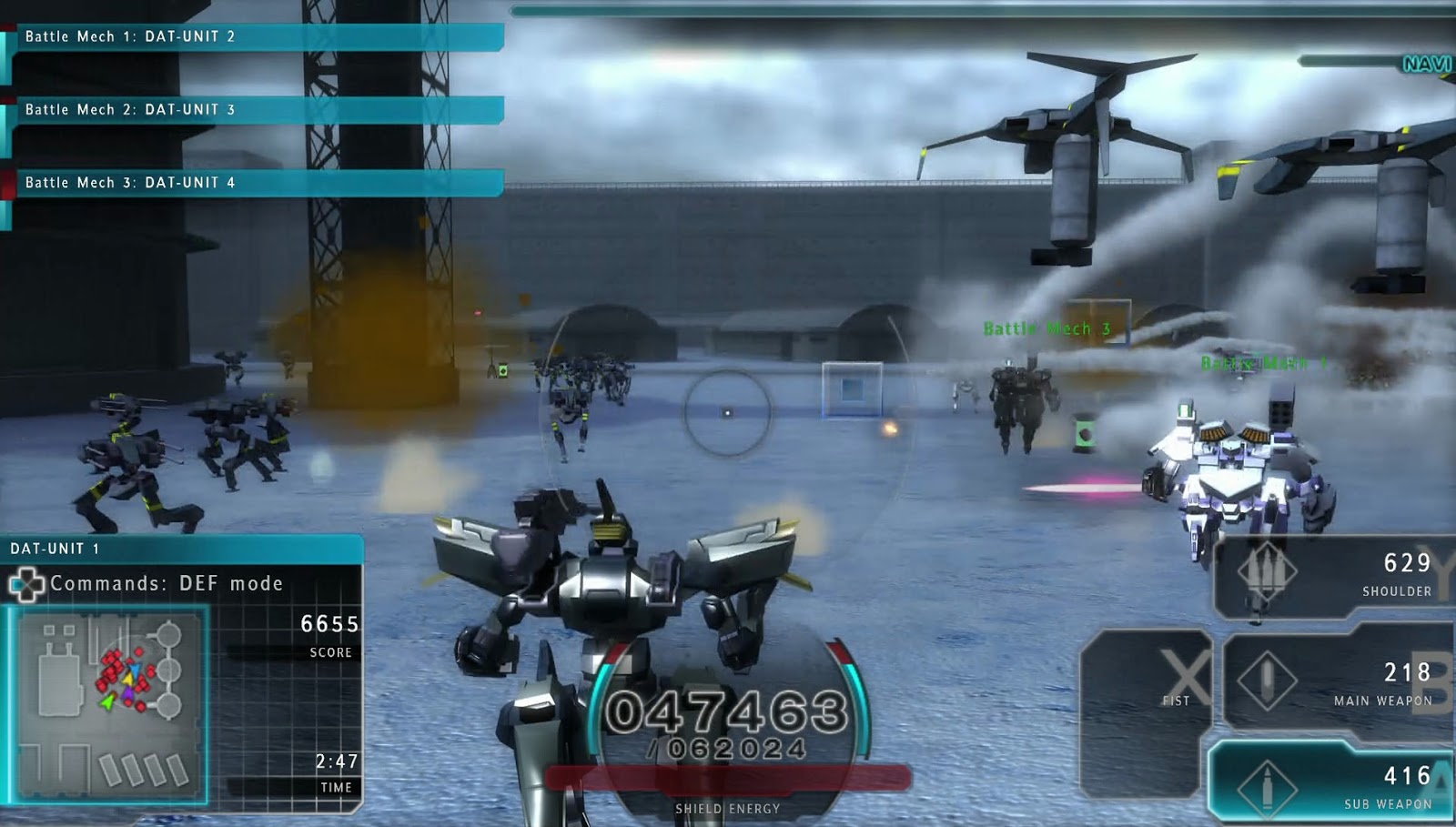 The best part of Assault Gunners HD Edition is the ability to customize your unit and the three AI companion mechs that accompany your adventure. Beefing up your defense is an absolute must, due to the aforementioned lack of nimbleness. Getting new weapons that deal extra damage or perhaps do a bit of homing in on targets certainly provides a nice sense of progression, but at the same time – it is mostly just behind the scenes improvement. Instead of gaining new and interesting abilities like specialized shields or evasive techniques, you apply a coating that reduces damage, making most of the upgrades more of a numbers game than a gameplay enhancement.

There are a few dozen missions (the basic structure of the story gameplay), and the ability to update your units along the way helps, but just as the combat suffers from a sense of sameness through, the visuals really don’t hold up either. Again, I get it – update of an old game. Still, the audio holds up pretty well, so it is a bit of a bummer that while everything is visually functional, the actual environments and many of the characters on screen lack detail and start to lack distinction. The frequently reused assets are particularly dull for the environments. 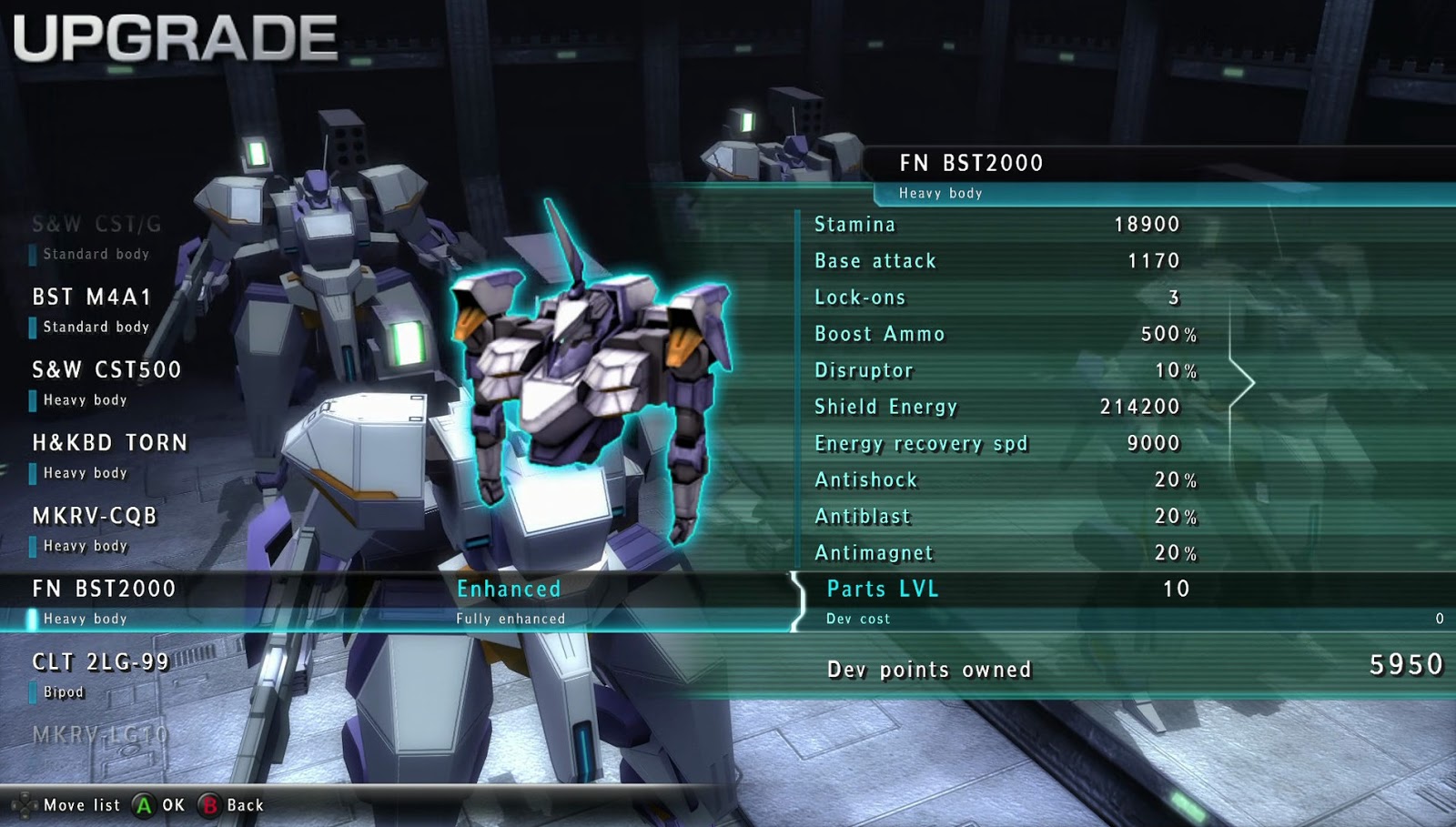 I would not go so far as to say that Assault Gunners HD Edition is an outright bad game, but it is a game that probably never needed the HD treatment. Audio is solid if the rest of the presentation is unspectacular. At its best, this is a sort of simple action game you turn your brain off for awhile to enjoy, but I just do not see a compelling reason to play it either. 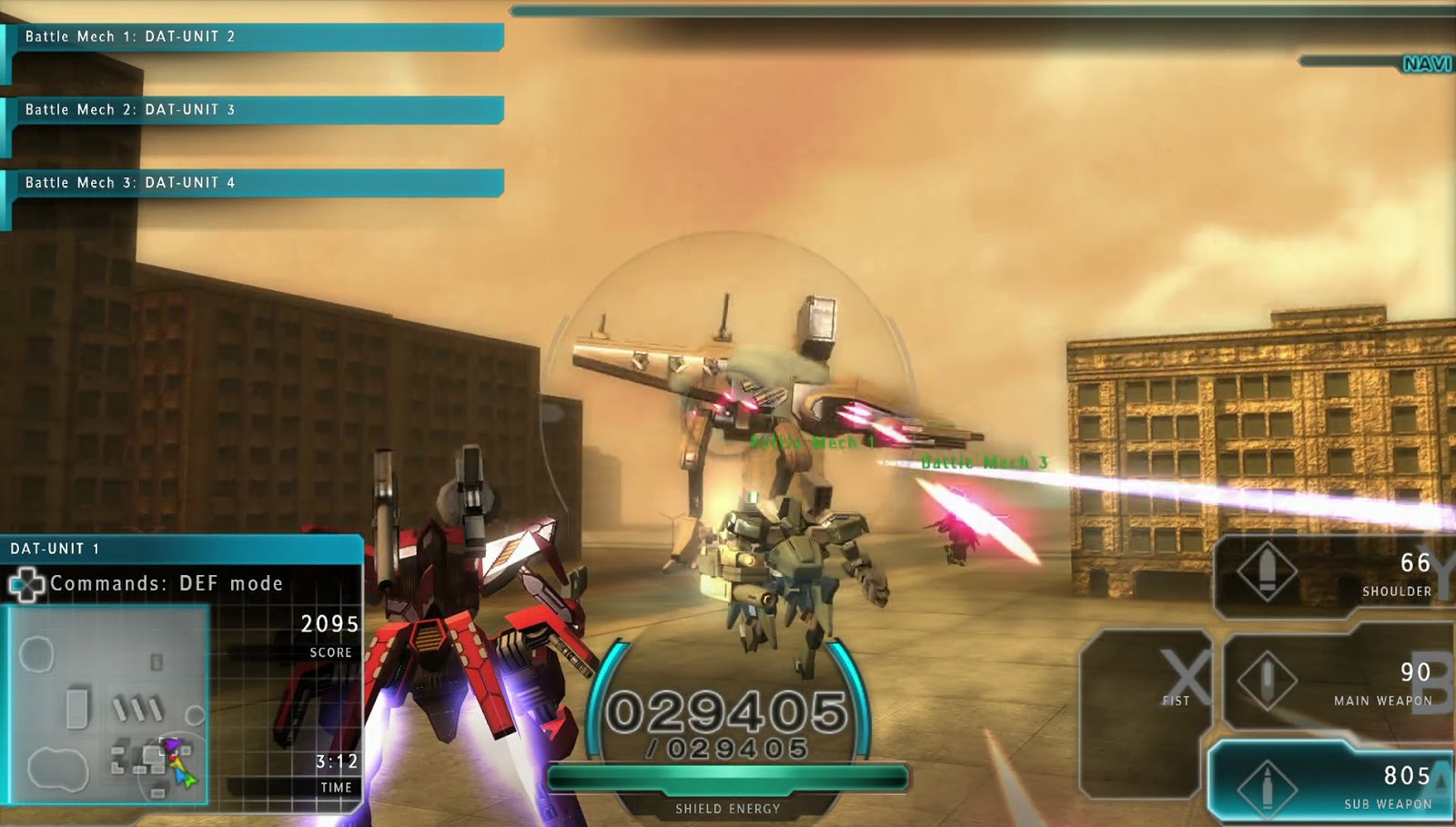 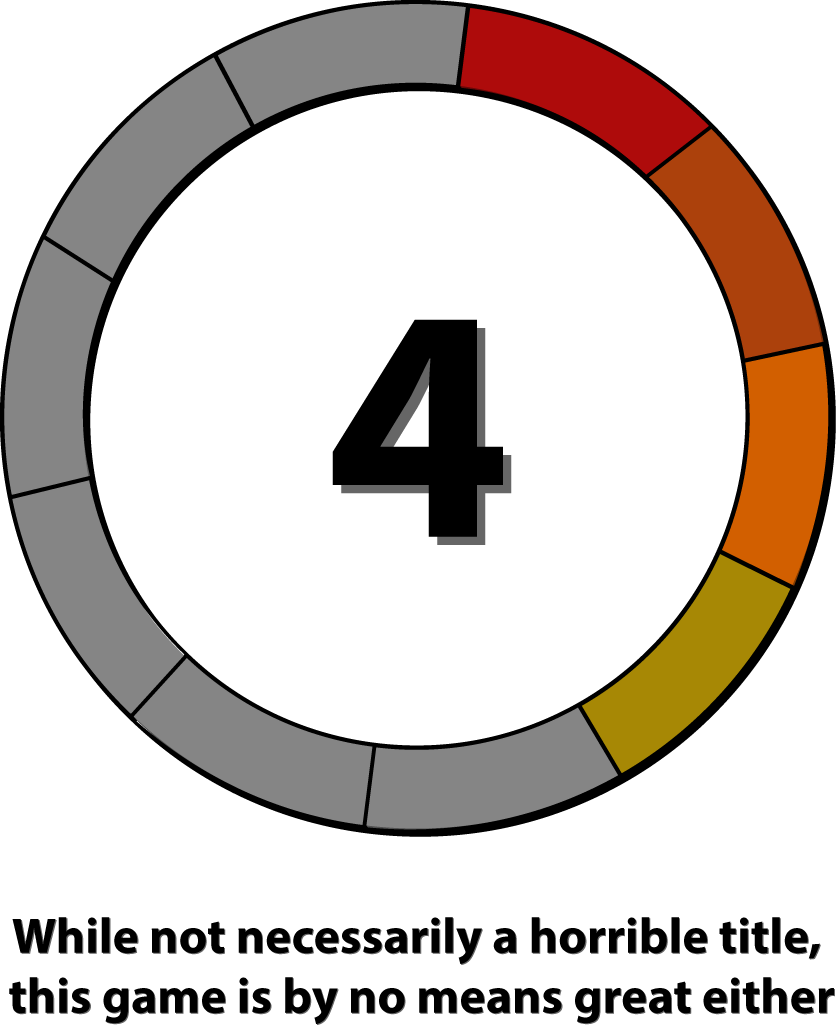