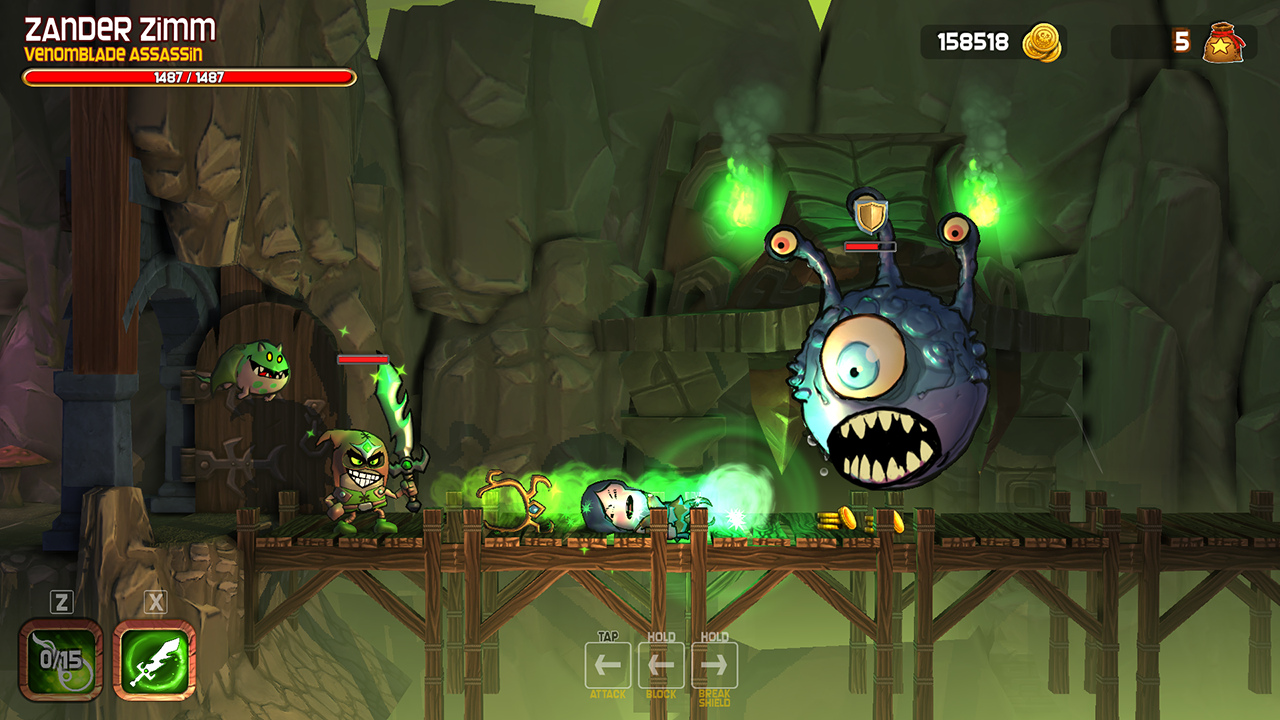 Having recently been brought to our attention we now have an Early Access launch date for the Platforming Hack & Slash Dungeon Crawler!

Additionally, a new announcement video has been released and can be viewed here.

The trailer can be downloaded here.

“We are very excited about the collaboration between Furnace games and Riposte Games & Co as it bolsters a new force within the indie video game landscape. Dungeon Stars represents the first project of this partnership, and we are eager to start to receive players’ feedback. We try to push the quality bar on both tech and art with everything we do and all the developers from this game is taking that to heart in a big way. The game is built on a solid core engine and to see the content come to life is just an awesome experience. This is a really fresh and exciting evolution of the dungeon crawler genre and will bring a lot of fun to the players.”

About Dungeon Stars
Use sword and spell to delve deep and battle through hordes of powerful enemies. Does the next room contain a healing fountain, a rare treasure, or the Toxic Ogre King? You need to keep on your toes as you face unknowns in every room. If you delve deep enough, you may face the legendary eater of light, the Conqueror Worm!

A playable preview version of Dungeon Stars will also be available at the Pax East Indie showcase, from April 5 to April 8, 2018 in Boston Massachusetts. Pax East attendees and members of the press are invited to check out Dungeon Stars during Pax East, booth # 17121. For Pax East meeting or interview requests, contact Margaux Notteghem – Margaux@homerunpr.com.

Moons of Madness Out Now on Consoles!