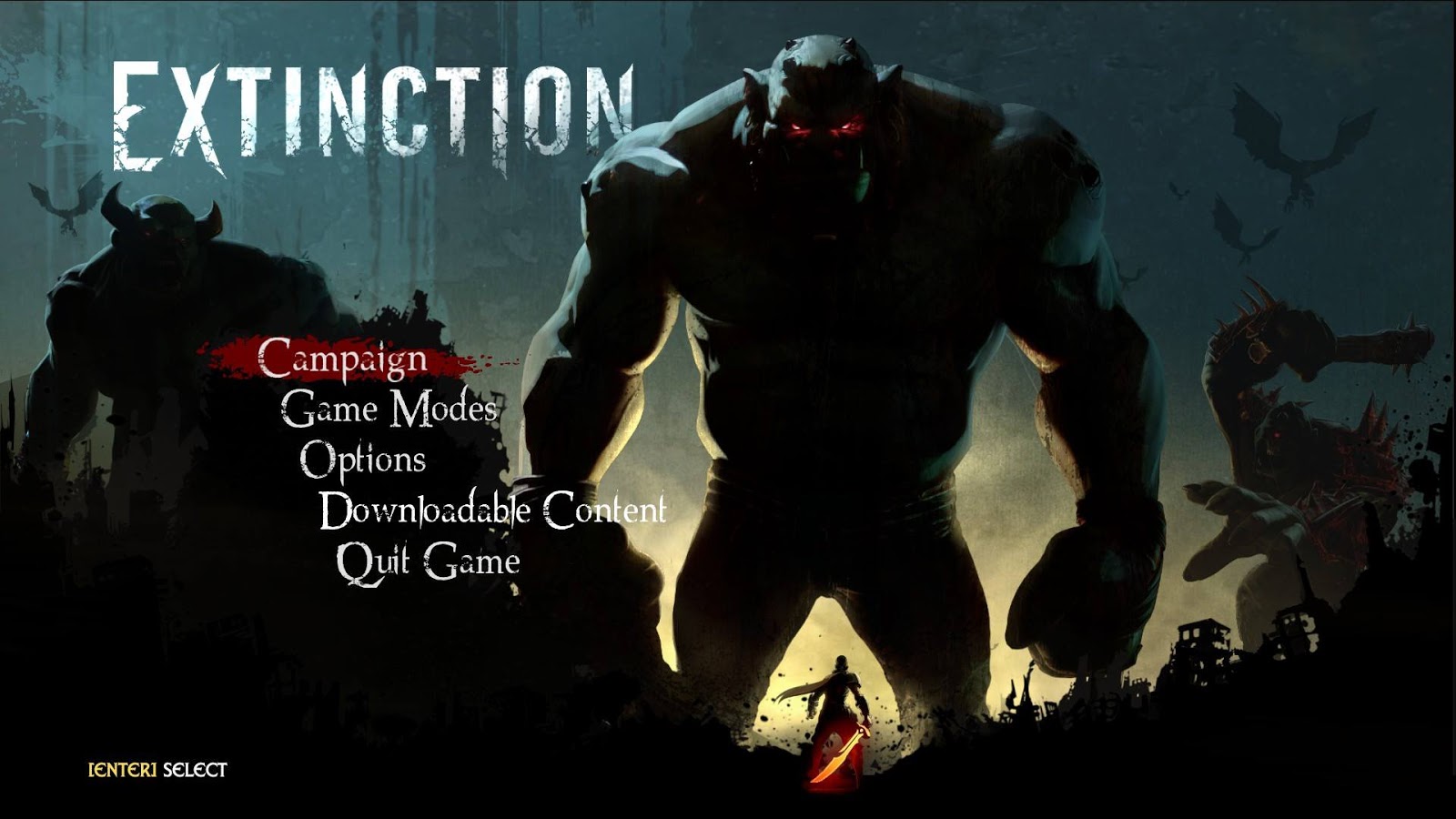 The first time I had heard of Extinction I was already intrigued by a brief description and decided to look up a few quick videos, as soon as I saw the cinematic I knew I wanted this. A few quick minutes of downloading and installation I was ready to play.

In this world humanity is on the brink of Extinction due to Ravenii that have decided to attack all of humanity. This is where the main character Avil and his new found partner Xandra have come together with a new method to defeat the incoming invasion. The main purpose of the game is to save as many citizens of the invaded towns from being brutally murdered by removing the heads of these colossi as well as taking out their Jackal heanchmen. 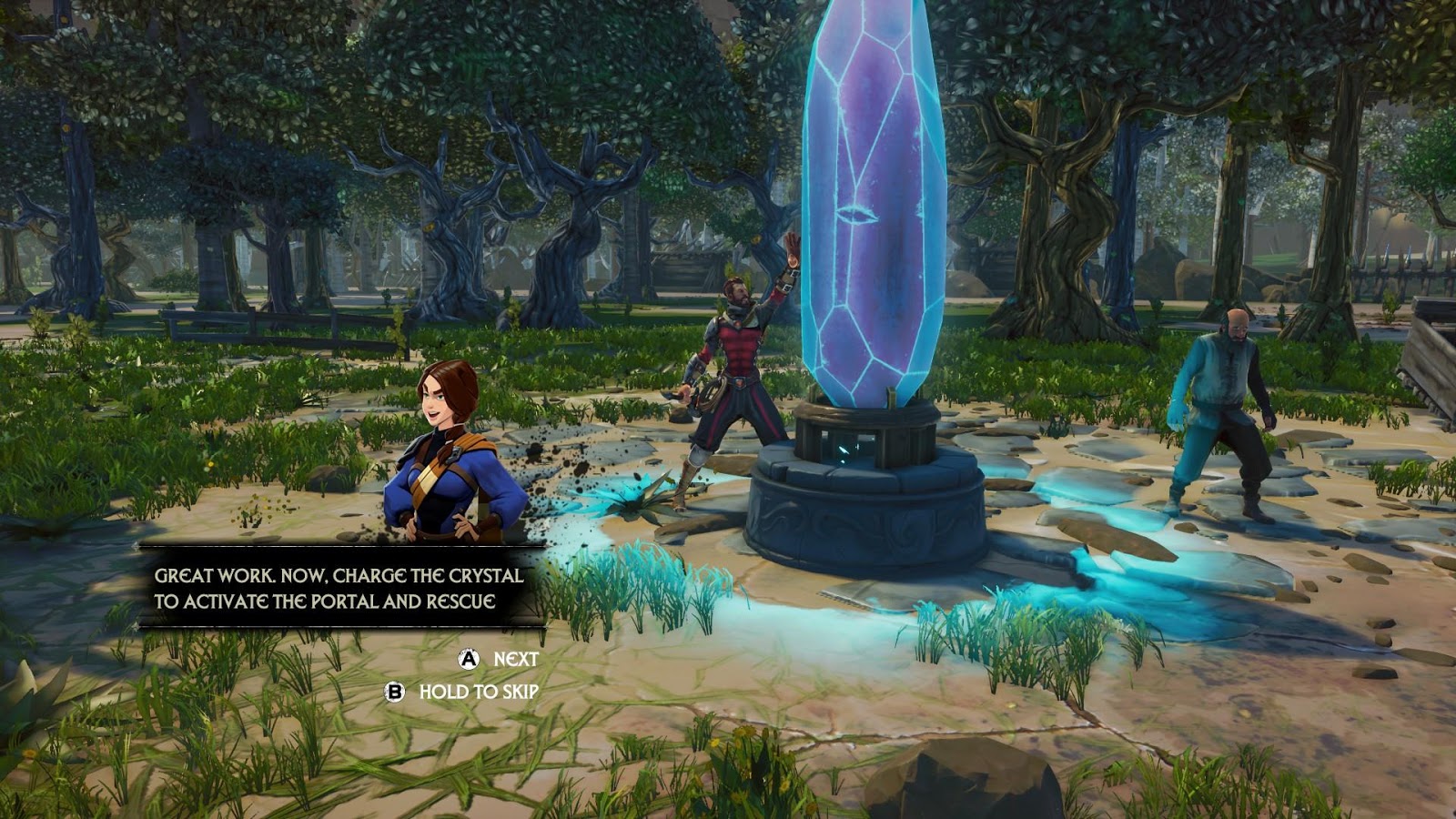 The design of the levels and the towns is quite nice especially with the addition of the colors and animations of the skills used making it quite eye catching. While you are within these levels, you do not actually have a completion timer as much as you have an “extinction” timer. A game over happens when the “Ravenii” destroy the last building in town. As much as each level does not sound as difficult as it is to simply chop off the bad guy(s)’ head, there is much more to do if you plan on having a higher completion rate.

A mission has several components: complete the main objections and if you have time, or the skill, complete the bonus objectives. These bonus objectives are as simple as “save 10-16 citizens”, “destroy 6-10 pieces of giant armor”, or in other more complicated missions, something a bit more intense and time consuming while the giants rampage around. In order to decapitate the “giants” rampaging around, and thus completing the stage, you must first power up your rune power. Only when you have reached maximum power can you cut off their heads. To fill up the gauge to full you can either fight the “Jackal” henchmen to save citizens or break the armors off the “giants”. 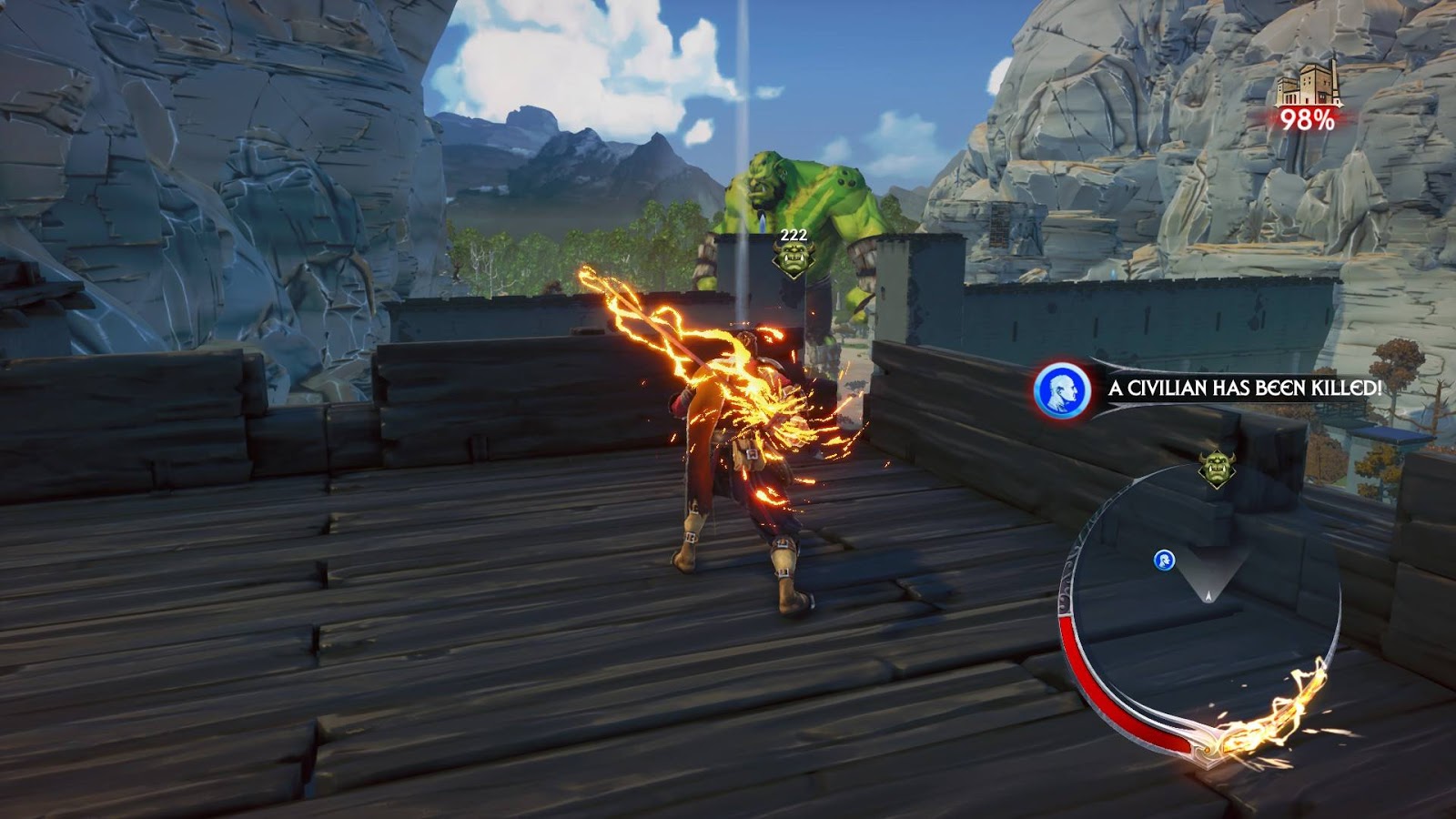 As long as you finish the level, despite of how much of the city is intact or how many people you saved, you will complete the mission but the rewards will vary. One issue I had with this game is when you game over or fail a mission. The game says “hold to skip” but simply does a fast forward and does not skip any conversations. Also, any conversations or quick phrases said within the missions must be heard fully and also cannot be skipped. EVER. I found this to be quite tiring when I wanted to replay the levels multiple times to reach the max reward.

The main issue I had with Extinction is with this is how awkward the combat can be. It is not that the combat is bad, but there were a lot of issues when fighting the “Ravenii”. During combat you need to either hope there is a building intact in order to “mount” the “Ravenii” or you have to climb up from the ground. When climbing up I often found that the game would guide me into the arm pits, become stuck, and slide back down to the bottom. This did not always occur but more often than not depending on a change of camera angle, the camera would do odd things to how well you could climb up the “Ravenii”. Apart from the strange way of climbing, the combat is pretty smooth and enjoyable. The rune strikes are a nice animation and fighting the smaller foes feels great. 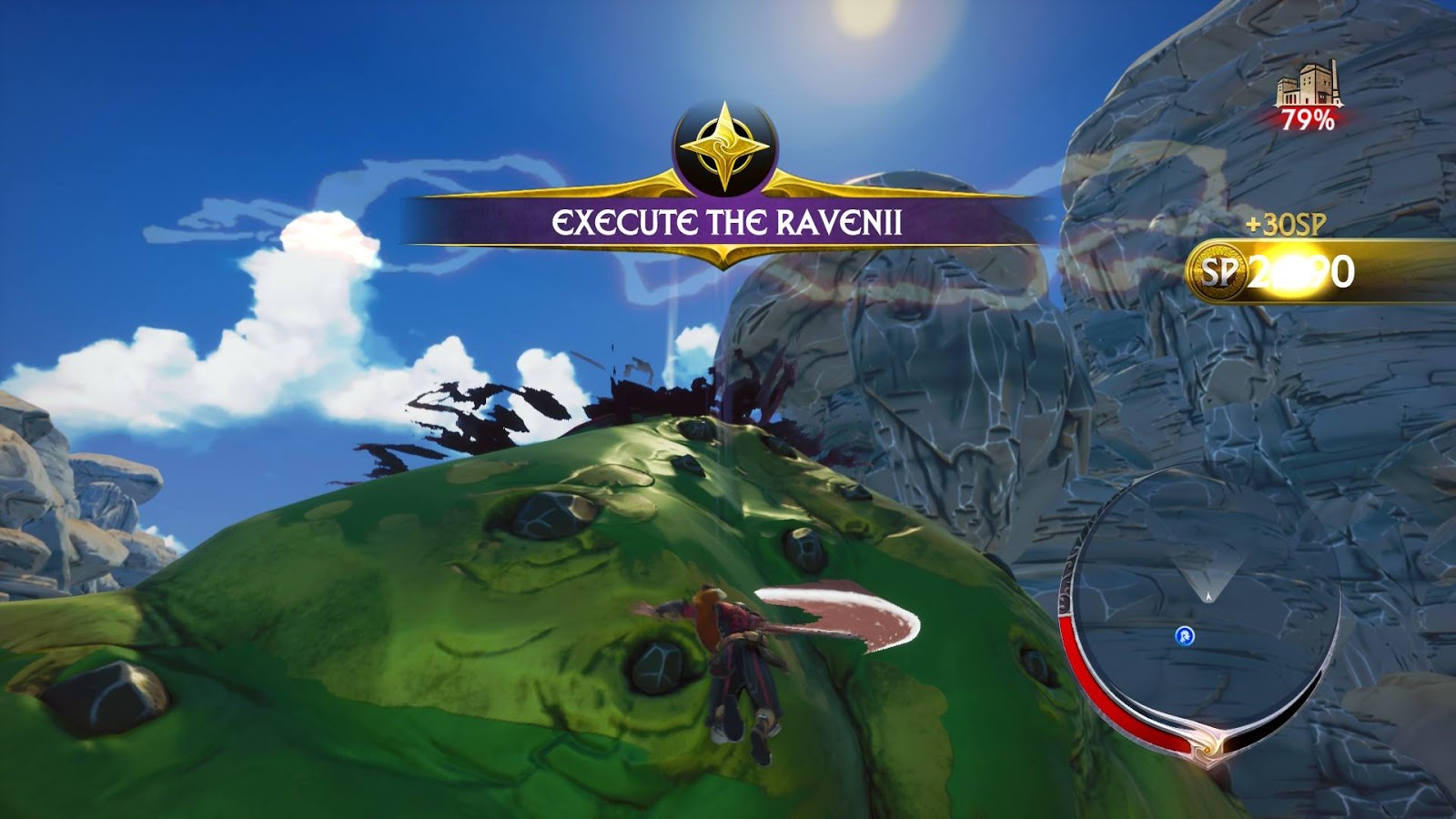 Over all I found Extinction to be a great game. It’s a little rough around the edges for combat, and repetitive on game overs, but with a smooth gameplay and beautiful scenery makes this game very much worth playing. I give this title 7.5/10 and I’m glad I got to give it a shot.