comments Share
You are reading
Jaggy’s Corner! – Saturday May 12

This week I’m going to talk about all things MMO starting with updates to Guild Wars 2 and then following it up with Neverwinter’s new module.

Earlier in the week ArenaNet let the community know about patch updates, which is less exciting than the bigger news they announced. In the near future, ArenaNet has been working hard on updating something that has been ignored up until this point. While they’ve been great at keeping their promise to add new content every quarter, they’ve slacked on other things like guild missions, dungeons, and underwater combat.

As you may know, underwater combat has always been despised by the masses. For example, I used to do weekly guild missions where the easy bounty would always be Brekkabek or Poobadoo. Poobadoo wades through water on his path and if a guild starts the fight in it, he becomes MUCH harder to defeat. It’s partly due to the lack of mobility underwater and partly due to the lack of weapon choices and/or abilities on those weapons. To summarize, it’s not an experience that most people enjoy, myself included.

On the Guild Wars 2 channel, Rubi had the devs talk about why they chose to focus on the underwater aspect of the game. Hopefully, they do this system justice because other MMOs have not served the underwater combat system well.

My case and point is a zone called Vashj’ir in World of Warcraft. The whole place had quests completely underwater and many did not like the zone.

Another zone that Blizzard changed in WoW was Thousand Needles. It went completely underwater because of the Cataclysm (an expansion that many felt led the game down hill. Personally that wasn’t the expansion that led me to quit the game.)

This isn’t to say that underwater combat is terrible, it’s to say that I’m skeptical about it walking in. Regardless of my skepticism, I will keep an open mind with the update when it releases. 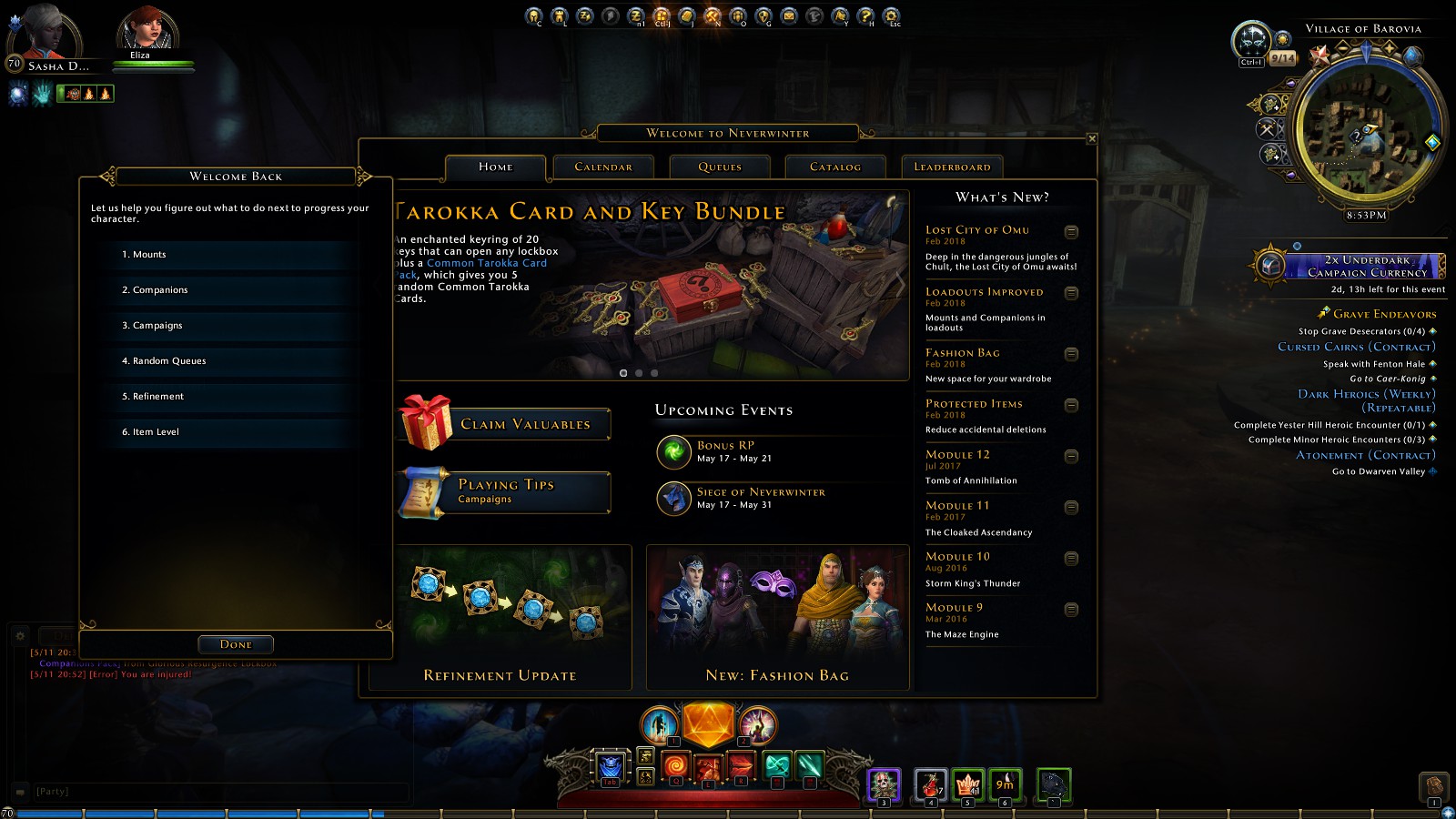 A week or two ago I picked up Neverwinter after four years of absense. In those couple of weeks I’ve done a ton of research on gearing up my character, finding the best zones to explore, and pulled out my hair trying to find an appreciable guide or map. WHY DON’T THESE THINGS EXIST?! All I want is a map to say “Underdark (iLvl 8k+)” because when I first came back, I walked into places that kicked my ass so damn hard that I had to use a scroll to GTFO. Truly.

As for the guides, all I was looking for was something to say, “By the way, if you don’t have 85% ARPen, then it’s not worth walking into this zone.” Seriously! Knowing that ONE THING would have saved me 40 gold and a stack or two of potions! 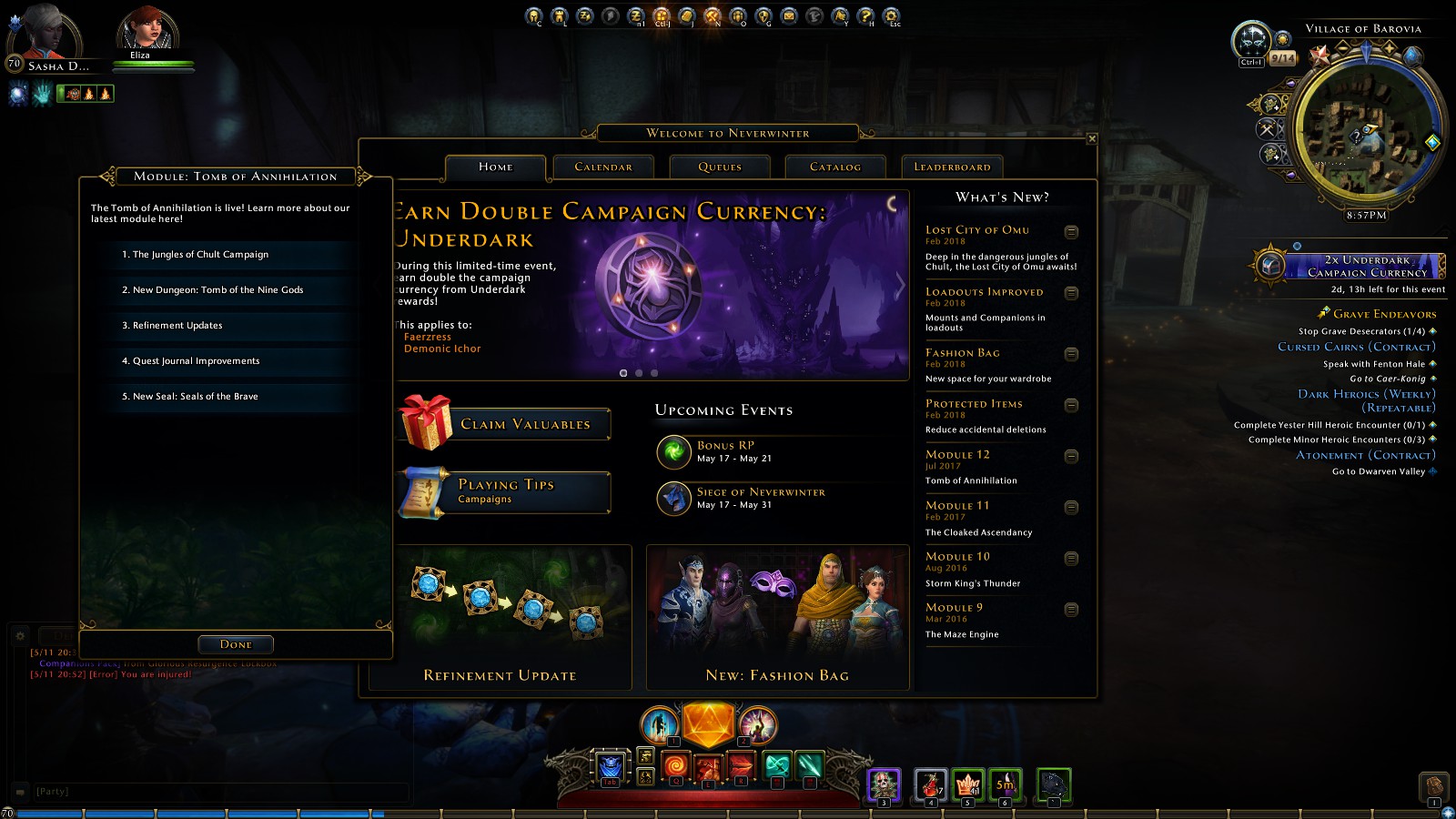 Anyways, the reason I’m talking about Neverwinter is because Perfect World is launching a new module in a little over a month!

This module is set in Ravenloft. (Keep in mind that Neverwinter is based in the Dungeon’s and Dragons universe. If you aren’t familiar with Ravenloft in D&D, do some research. The campaign setting has been around since at least AD&D with the dreaded THAC0 system… But that’s a whole other conversation.)

Here is the official announcement page though I’m going to briefly highlight some of the changes.

This is what I’ve uncovered about module 13 “Ravenloft”. 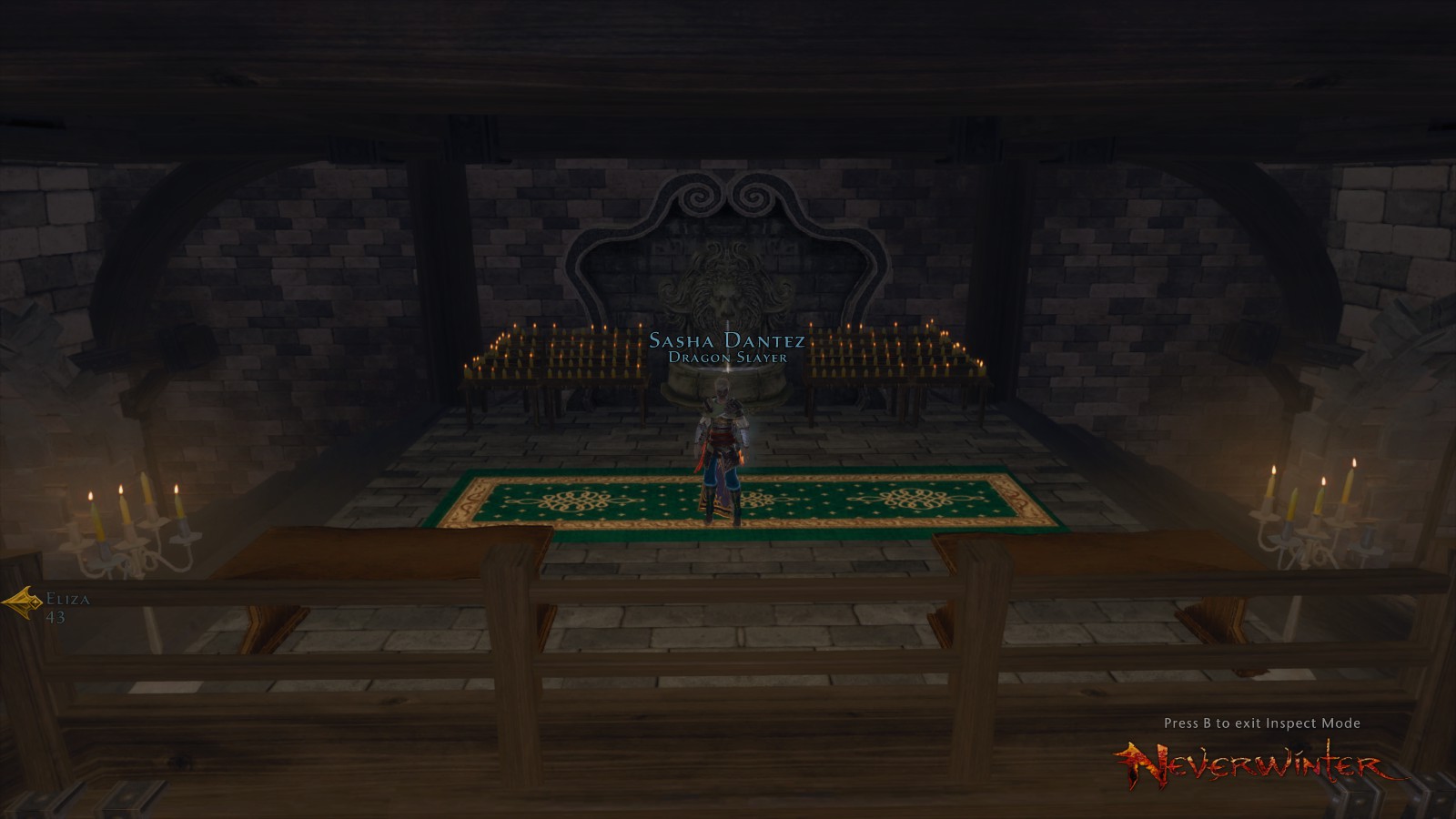 After jumping through some hoops, I managed to jump into the public test server to try the new zone out. So far I’m super excited, I mean, you give me vampires and I’m all over it. When guildies mentioned the new bat mount, I became more excited. We know where my priorities lie…

Creatures in the new zone were much tougher than I expected them to be, even with the higher level gear to help survivability. And I like the new story direction, despite not having caught up to the current module. (Soon! I can get into Chult without dying horribly now.) I especially like the addition of the Tarokka Deck which is modelled after a traditional Tarot Deck. There are 54 cards in the deck which consists of High Deck cards, Swords, Stars, Glyphs, and Coins. Each card allows player to get a different boon OR a different challenge. Some of these cards will increase the amount of damage the creatures will do to your character. If defeated at a higher difficulty, then players earn higher rewards. Once you complete the deck, you gain an artifact. It’s a nifty addition in my humble opinion.

Anyways, I think that I’ve given enough of information without spoiling much of the new module. As a returning player, I’m excited for module 13. (Also, module 13?! A factor that isn’t lost on me…)

There are lots of exciting additions to MMO’s lately and not enough time to play the ones I enjoy.